These Devastated Parents Will Lose Another Child If They Fail | Milaap 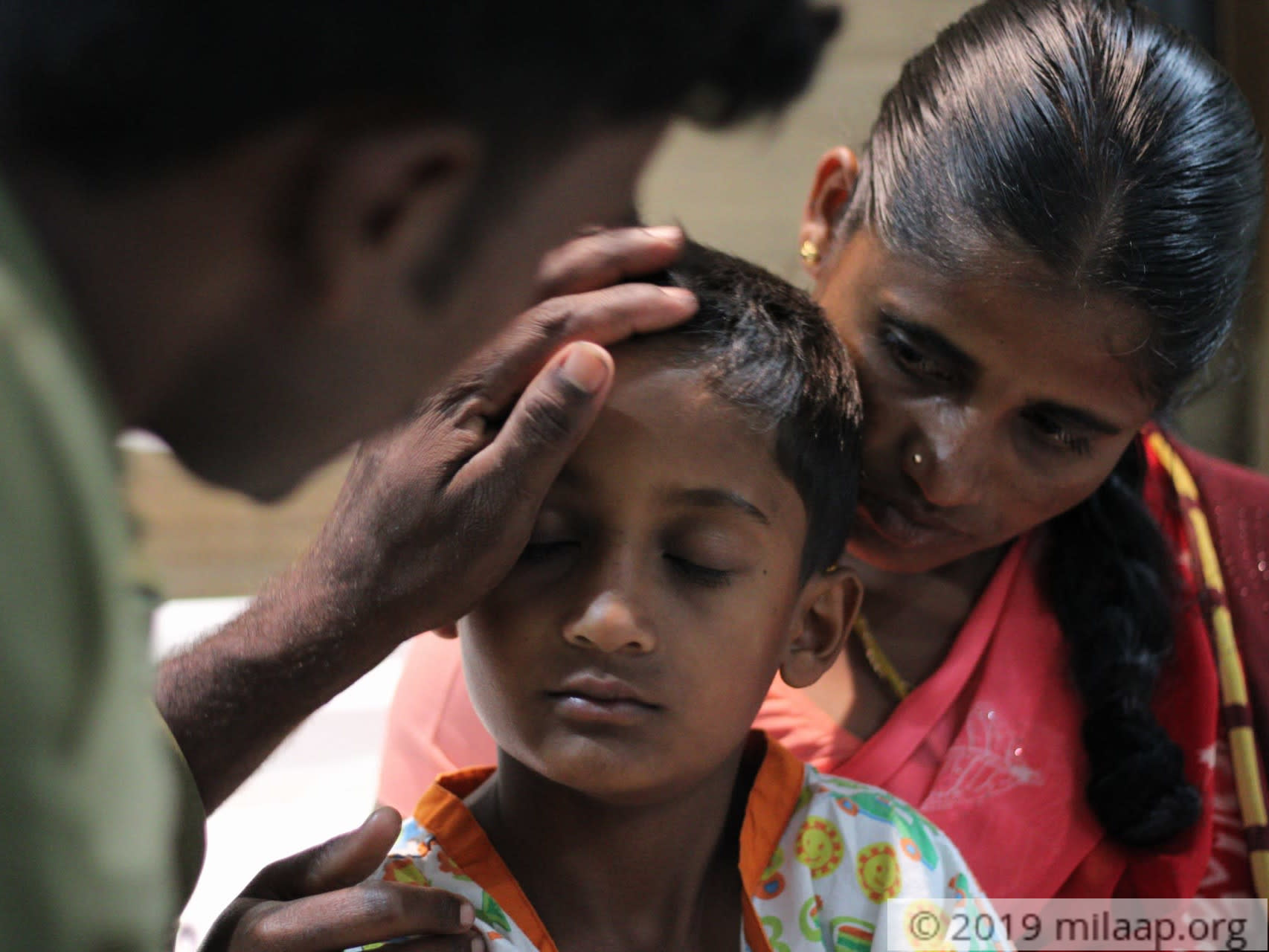 Share
"We were still trying to digest the fact that our son could die of a heart disease, when our healthy 5-year-old passed away, all of a sudden. Now, while we mourn for her, we are desperately hoping that we don't lose our son too...We will not be able to take it..."" - Visalakshi, mother

6-Year-old Sathish knows he can’t afford to run around, like the other kids in his school but there are times when he can’t help himself. He yearns to go play with the other kids. On those days, when he gets home, he has no strength to even tell his mother he’s home, throwing his bag on the floor, he goes straight to bed.

“He was just 5. He couldn’t walk for long or talk fast. He complained of chest pain and hardly ate anything. Every doctor we took him to, said he was okay and that he is just a little weak. But after a health check-up camp that was held in his school, we got a call and what we heard knocked the breath out of us! His heart wasn’t okay…” – Visalakshi, mother

Sathish had just turned 6 when the school informed his parents of his heart condition. Afraid, they rushed him to the hospital as suggested, where scans revealed that there was an obstruction in the blood flow in his heart. An immediate surgery was his only chance of survival and he underwent a major surgery.

"But his old symptoms began to show up again, just a few weeks after the operation…everything was back to square one!” – Visalakshi

Satish fears he will die soon like his sister...

Sathish began falling sick again and very frequently. During one of his post-surgery check-ups, a swelling in his heart was found and another surgery at the earliest was required.

“Our youngest daughter, Akila… she died. She complained of a throat ache, and we found out there was a lump in her throat. The doctors sent us home saying she’d be okay... But the next day, we woke up to find out she’d left us already! She was just 5… We couldn’t take it and we grew more afraid of Sathish’s health. What if something were to happen to him too? He's afraid... He's the most affected by Akila's death!" - Visalakshi

But when they got to know that the surgery would cost them 10 lakh rupees, they lost all hopes of ever saving their son.

"I lay bricks for a living, and I have debts bigger than all of my earnings put together. How can I...? We’d have failed as parents, if something were to happen to him too." - Govindha Raj, father

The family can't afford to face another loss, and little Sathish deserves to live a normal life. Your contribution, big or small. will immensely help this family.