These Parents Were Forced To Take Their Cancer-Ridden Child Home Without Treatment | Milaap
loans added to your basket
Total : 0
Pay Now 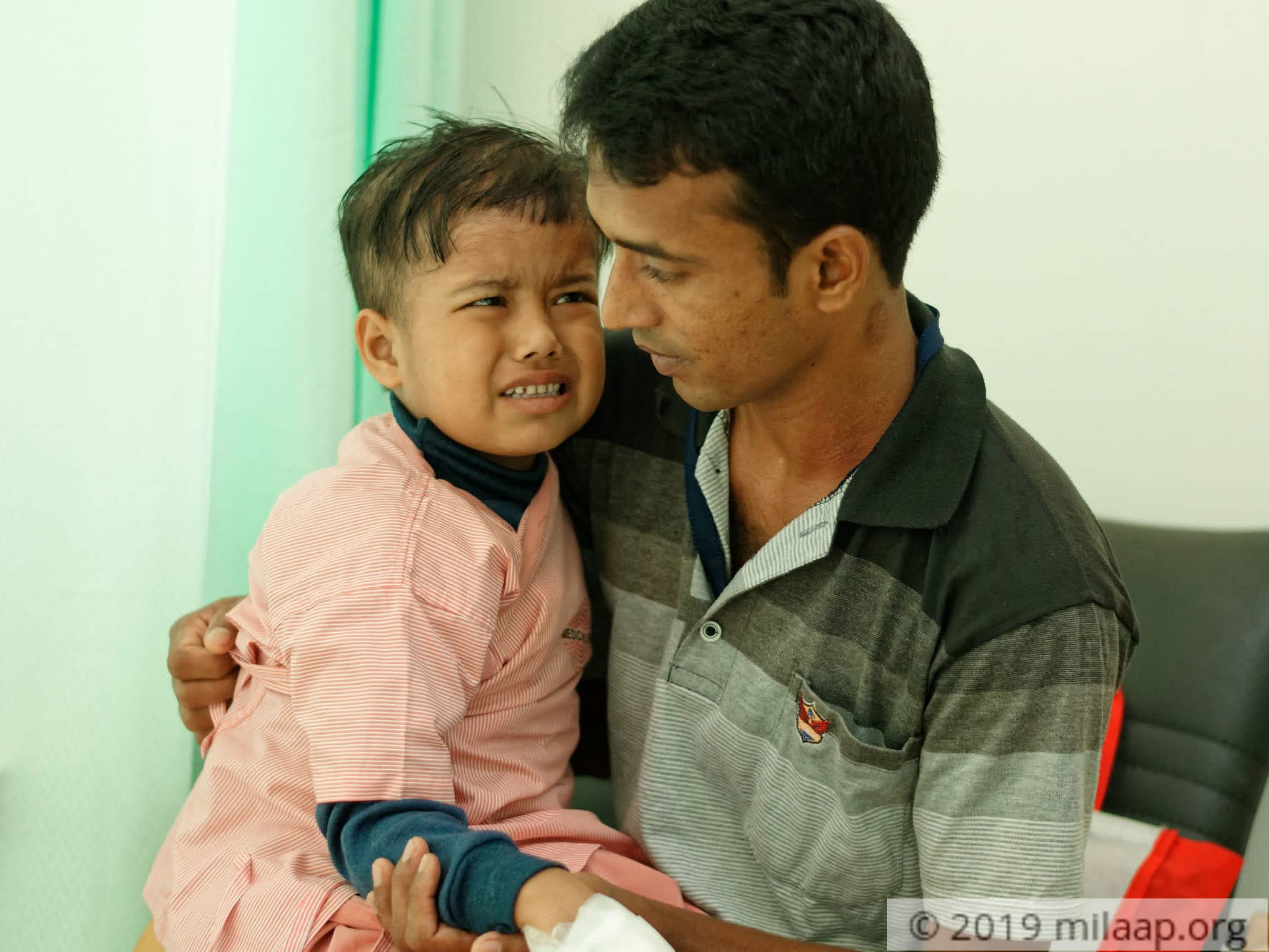 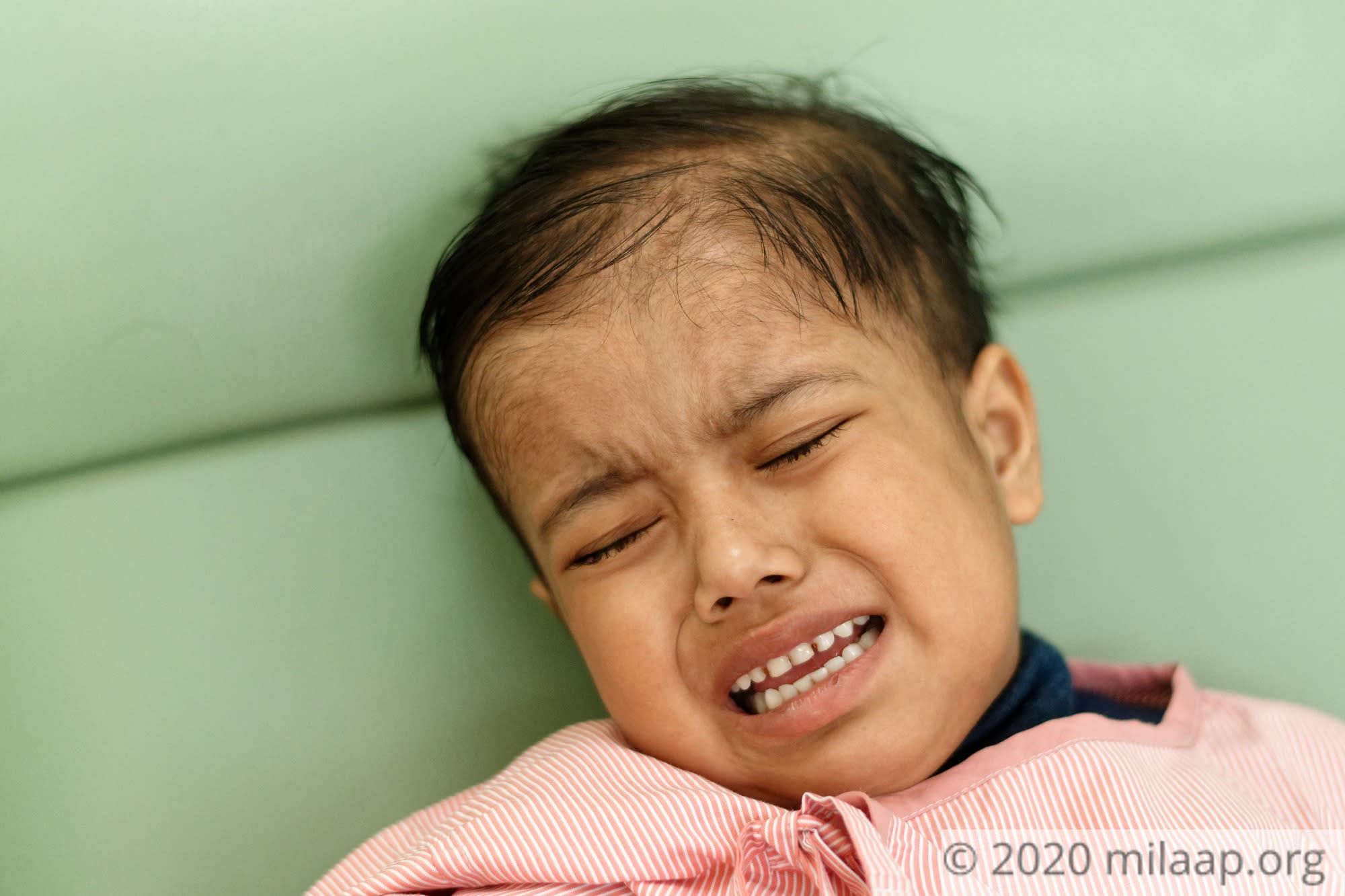 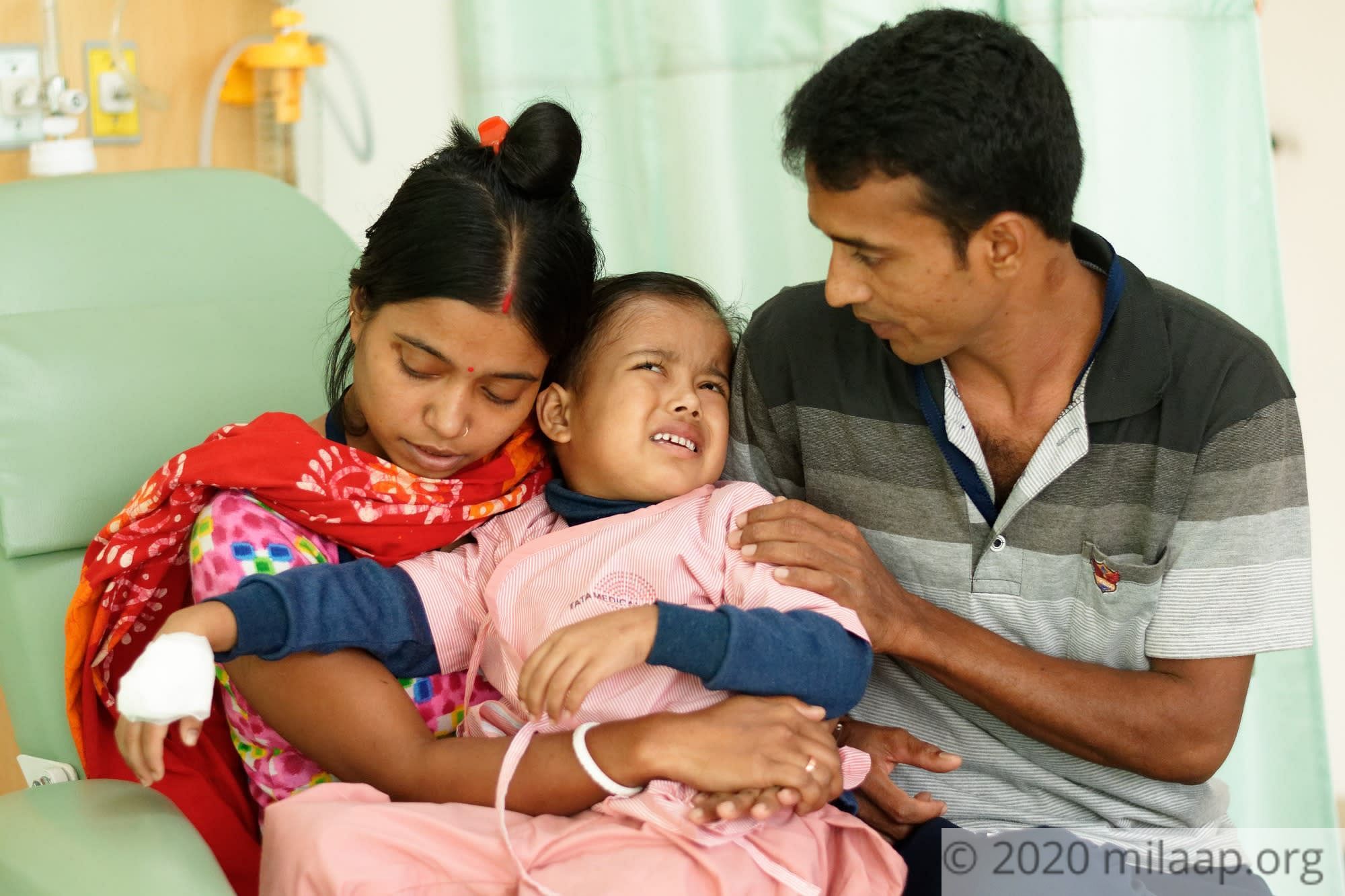 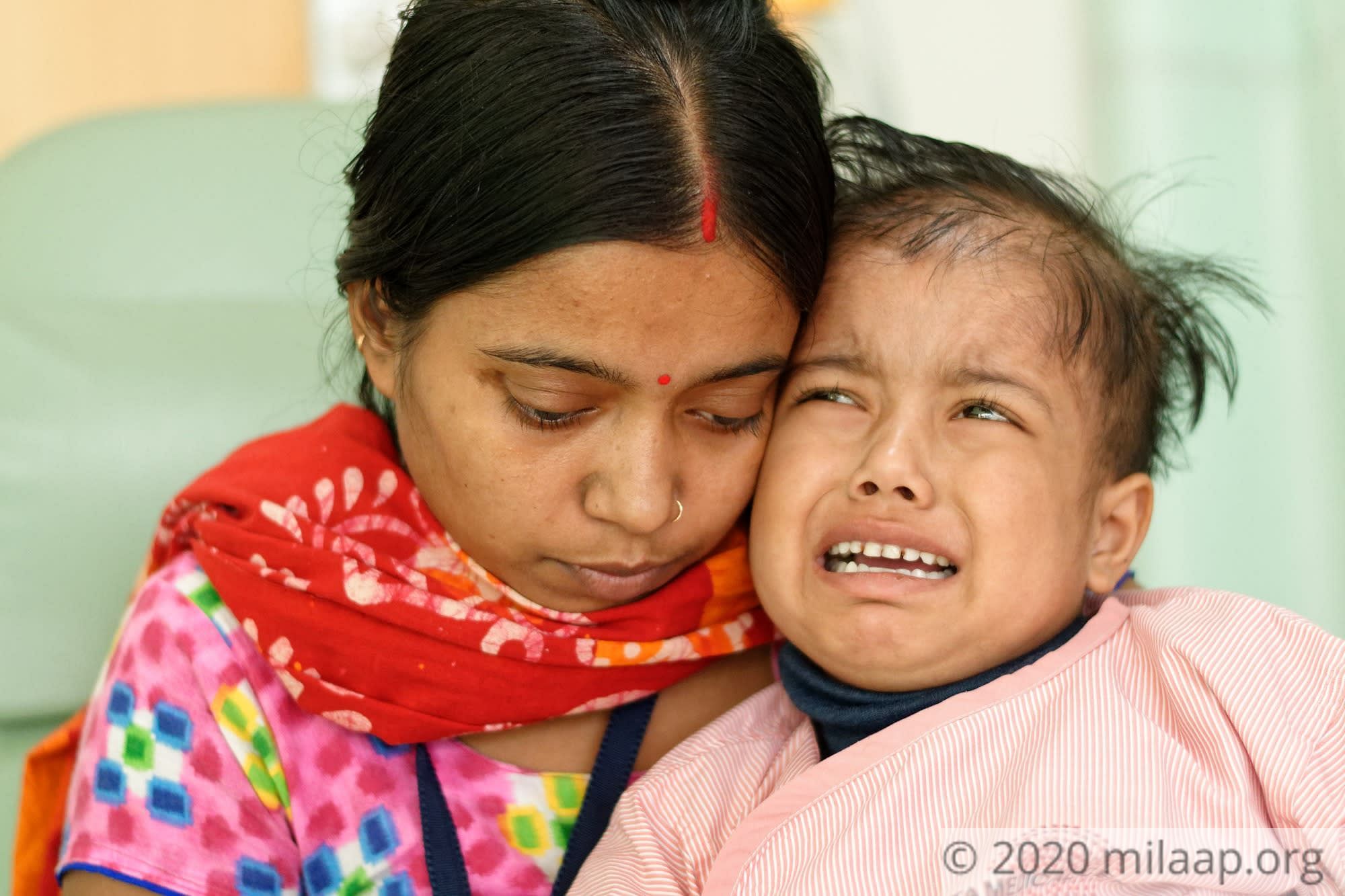 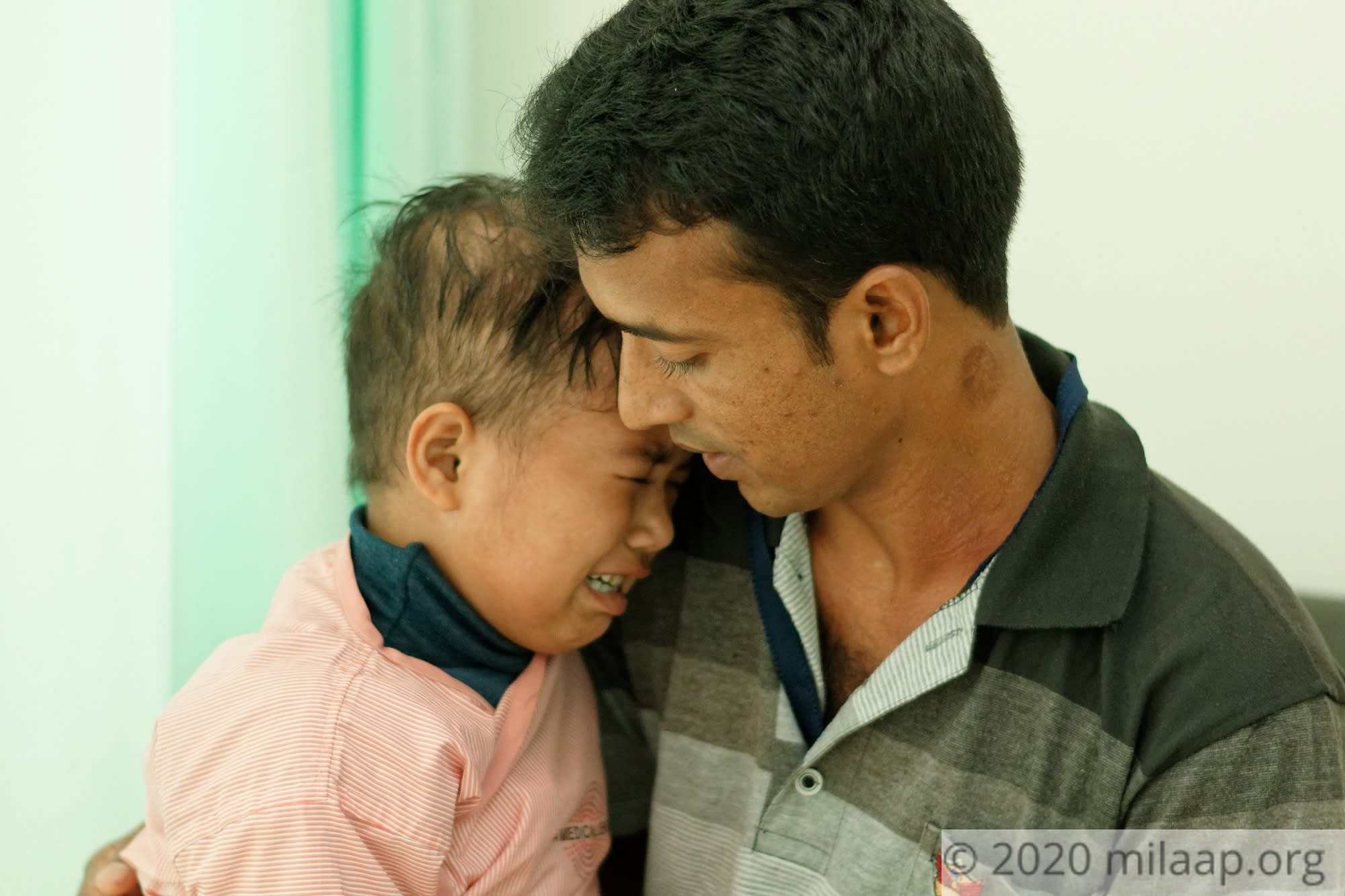 Share on facebook
Just a few days after Sandip excitedly started classes in school, his life changed. Now all his father gets are calls from his school telling him that if he doesn’t clear his fees, they will strike his name off the register. But how can he go to school when all these months he has only been in the hospital fighting cancer?

“but now we can’t keep him in the hospital any longer. We took him back home. Within 2 days of coming here, he had excruciating pain in his legs. He couldn’t sleep at all. Then one day he was walking, and he suddenly collapsed. He woke up after we took him to the hospital. Next time this happens…he might not..” - Shabinoy, father

Sandip's neck had blisters all over due to a cancerous tumour

Sandip was just 5 when he started getting reddish-black blisters on his neck area. After a few months, they got to know that the blisters were a sign of a cancerous tumour growing inside him. By then the cancer had already spread in his blood and he got detected with Acute Lymphoblastic Leukemia (ALL). The only way to save him now is with chemotherapy.

They spent 9 lakhs in Vellore for his treatment but they couldn't sustain it so they had to return to their village. Now they are being told they need 7 lakhs more to keep his treatment going.

"I got his reports done from 3 different laboratories because there had to be some mistake. Doctors told me it's cancer but how could he have cancer at this age? He is just 6 years old and has his whole life ahead of him."- Shabinoy, father

His father has no source of income after losing his daily wage of Rs.150

Sandip is the first kid in his family and everyone's world revolves around him. At an old age when his grandfather should be playing with him, he has to go to work as a daily labourer so that he can send some money from his village to buy Sandip's day to day medicines. Shabinoy has been out of work ever since Sandip got diagnosed.

"I made Rs.150 per day when I was working but now I have to be with Sandip all the time. I lost my mother to the same type of cancer and now if I tell my father that I need 7 lakhs more, he will not be able to bear this news. He is working at this age because at that time he couldn't save his wife, but now he is worried that he will lose his grandson too. I hate seeing my aged father work like this but what can I do, all we want is one chance to save our baby."- Shabinoy, father

Please help Sandip's parents save their only son. 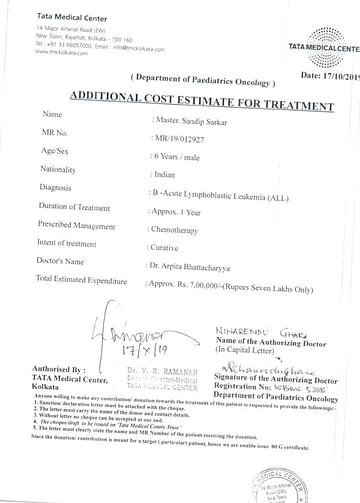 Click here to know more about Sandip Sarkar
Donate now
OR
Click here to read the instructions before you make a bank transfer.

Donated to this campaign via Paytm? Click here if you can’t find your donation listed below.
SD
SAURADEEP DEBNATH donated Rs.5,000

May God shower all His blessings to you!

Abba father, for the sake of the sorrowful passion of your son and our Lord Jesus Christ, heal this child of yours. Psalms 41:3 The LORD will sustain him on his sickbed and restore him from his bed of illness. Holy mother, krupasanam mother of grace, intercede for this child.