1-Year-Old's Rare Disease Can Completely Damage His Vital Organs, He Needs Urgent Help | Milaap
Receive tax benefits by donating to this cause. 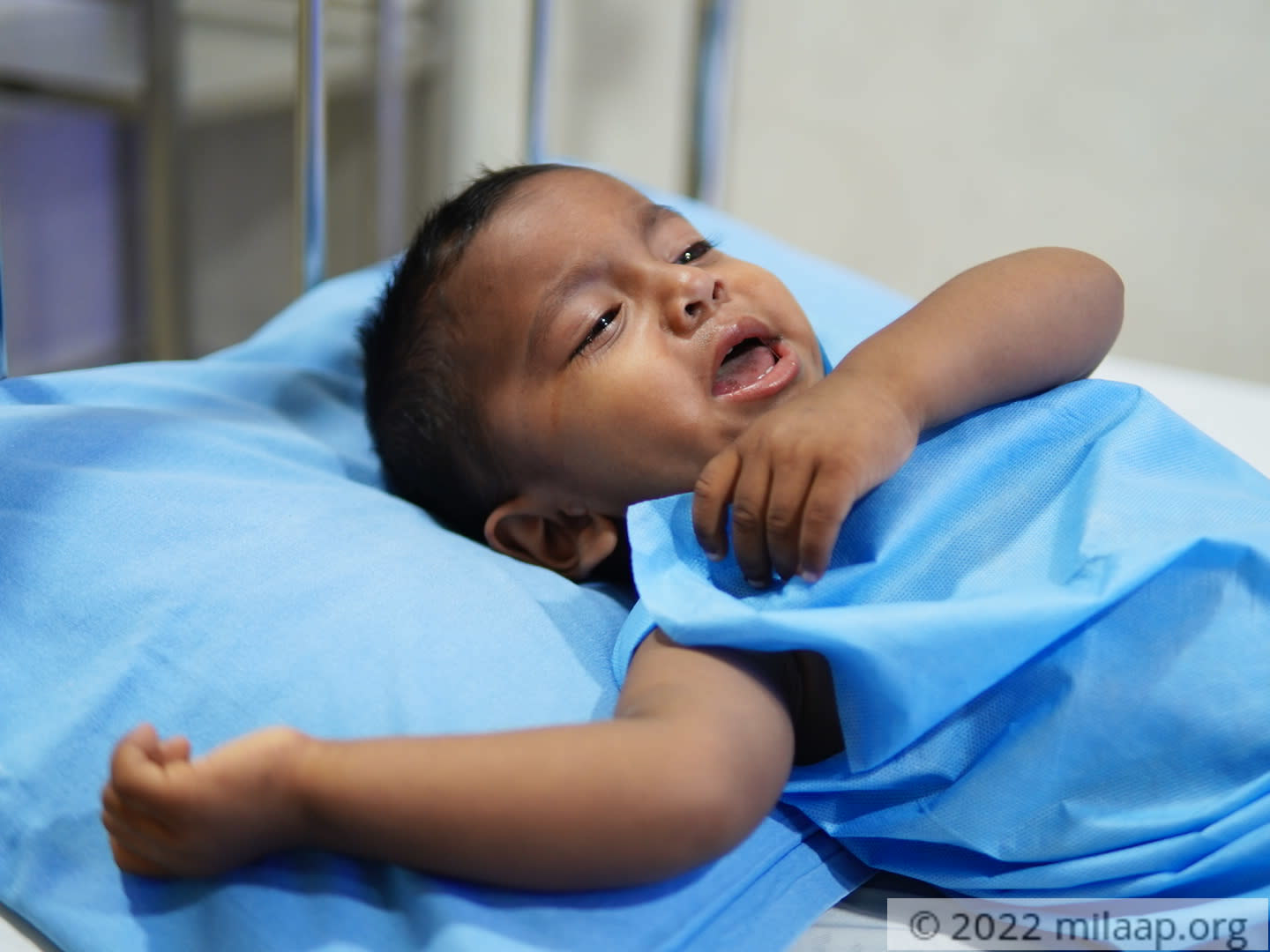 “My baby boy has a disease that affects only 1 in 10 lakh people. Looking at him, nobody can say that he is suffering from a rare illness at all. He smiles, runs around, plays and does everything normally until he starts becoming pale at least twice in a month now. After that, he becomes an entirely different child.” - Ganesh Kumar, father

Sailakshan suffers from Diamond-Blackfan anemia, a rare blood disorder that occurs when the bone marrow fails to make red blood cells, which are essential for carrying oxygen from the lungs to all the other parts of the body. As a result, he needs blood transfusions regularly, so that oxygen levels are maintained in his system.


However, these life-saving transfusions are also causing other, possibly fatal, problems for the little one. He has high iron levels in his blood now, which doctors say, could eat away at his vital organs like heart, kidney, lungs, etc. The only way Sailakshan can be saved from this is through an urgent bone marrow transplant.

When he reached around 3 months of age, Sailakshan would cry uncontrollably day and night. Whatever his mother, Renuka Devi, did to soothe him did not work anymore. They also started noticing that he would turn white and go weak suddenly.
The worried parents took him to many hospitals, but everywhere they said that Sailakshan was just a fussy baby. However, when these episodes became more repetitive, they took him to a specialist hospital, where blood tests confirmed that his hemoglobin levels were unusually low.

“It took a while for even doctors to diagnose him, as this disease is so rare. But once he was diagnosed, he has been undergoing regular blood transfusions – without which he just will not survive. There is not a single place left in his body that hasn't been pierced by a needle. He cries non-stop when the procedure happens and there is nothing we can do to calm him down. We are so helpless.” - Renuka Devi, mother.

Ganesh Kumar works as a salesman in Chennai and earns just enough to support his four-member family consisting of himself, his wife, an elder daughter and Sailakshan. He used to find himself struggling to save money each month, due to the rising costs of living in a metropolitan city. Now, his financial woes have only increased after his baby boy’s diagnosis.

“I have spent more than 4 lakh rupees till now on Sai’s regular blood transfusions and hospital visits. The bone marrow transplant that he so desperately needs to stay alive costs 25 lakh rupees. My entire life’s savings has been wiped out already. What do I do?” - Ganesh Kumar.