This Father Spends Every Second Fearing For His Son’s Life, His Heart Is Failing | Milaap
loans added to your basket
Total : 0
Pay Now

This Father Spends Every Second Fearing For His Son’s Life, His Heart Is Failing 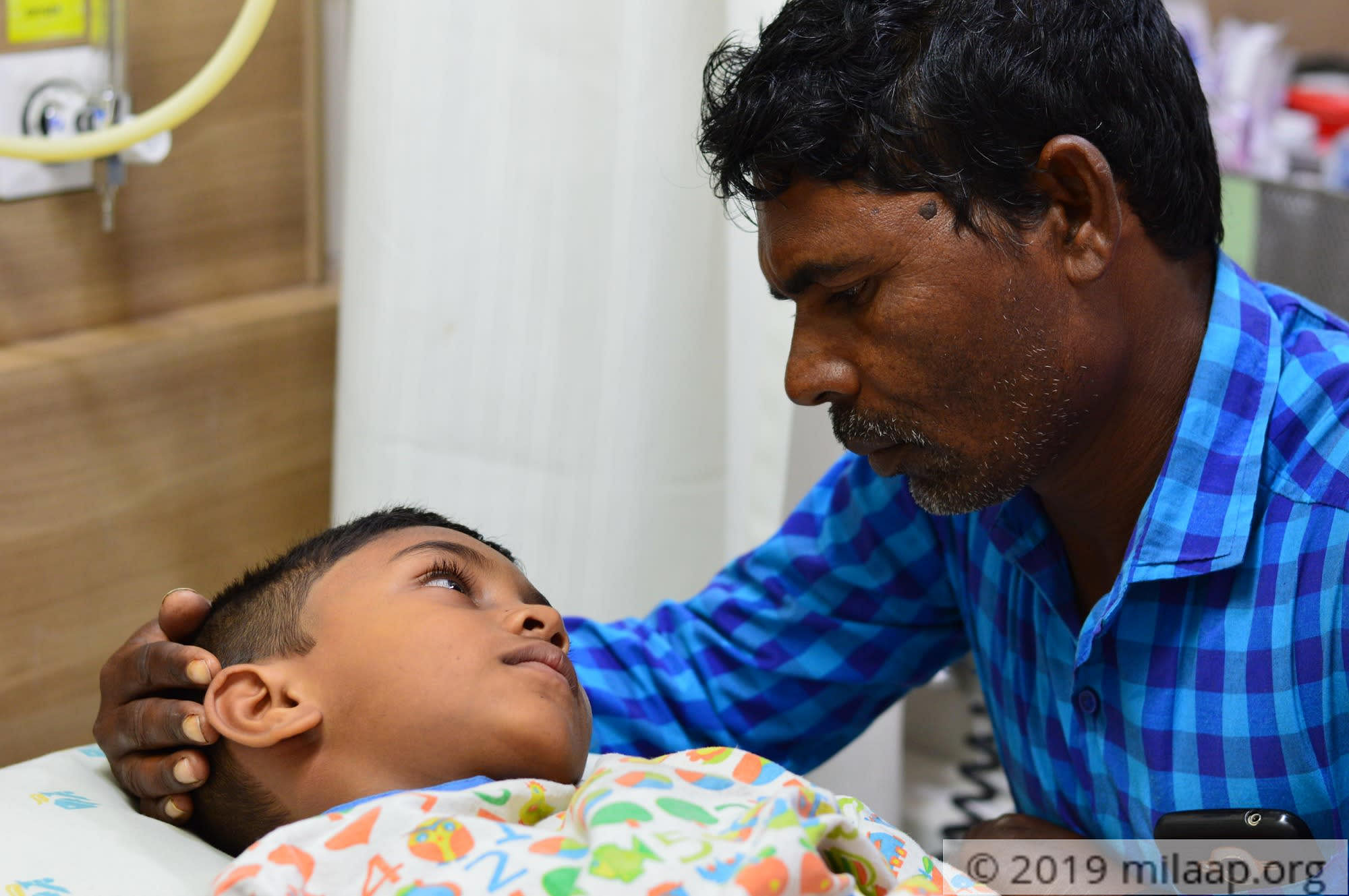 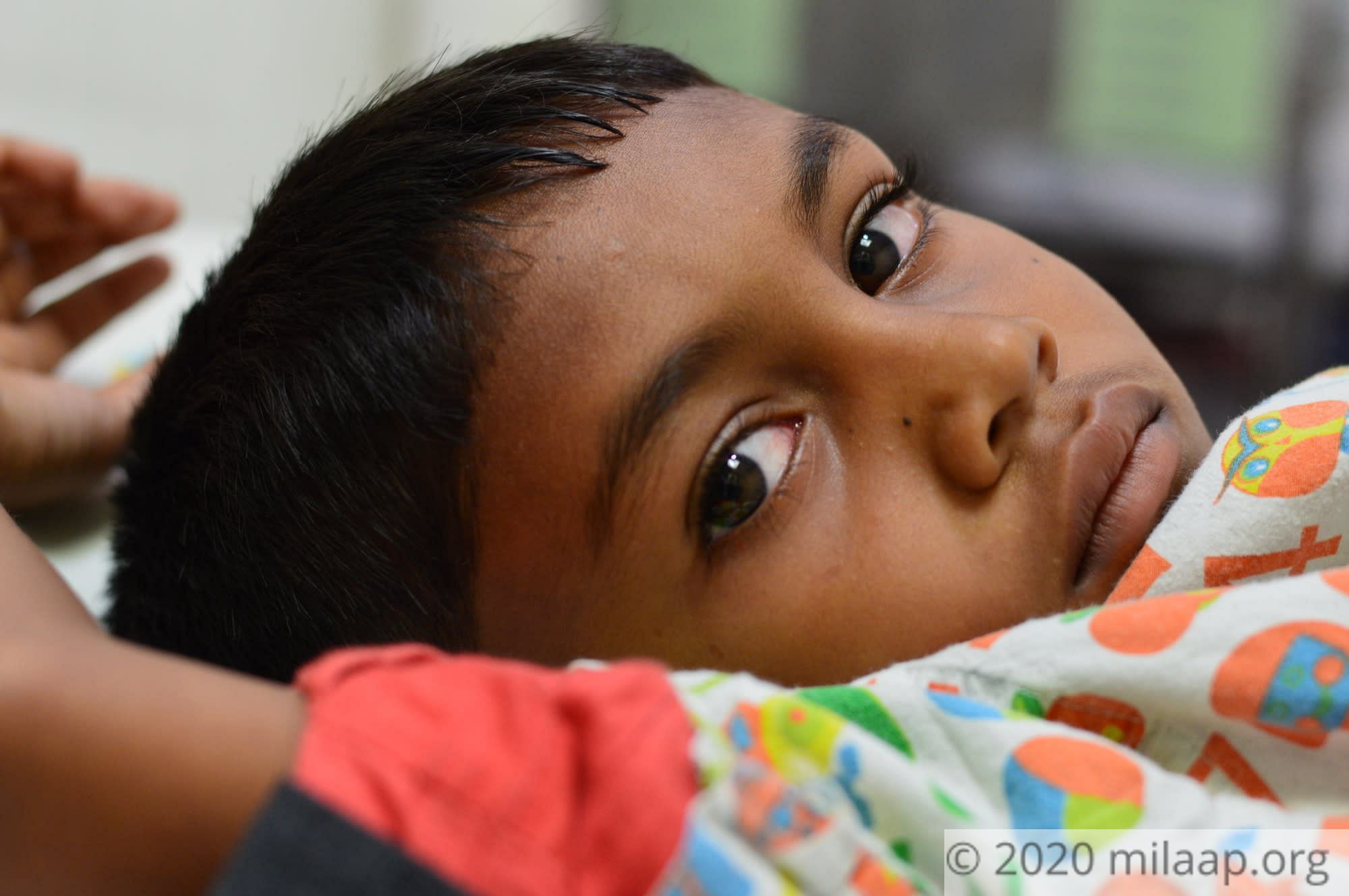 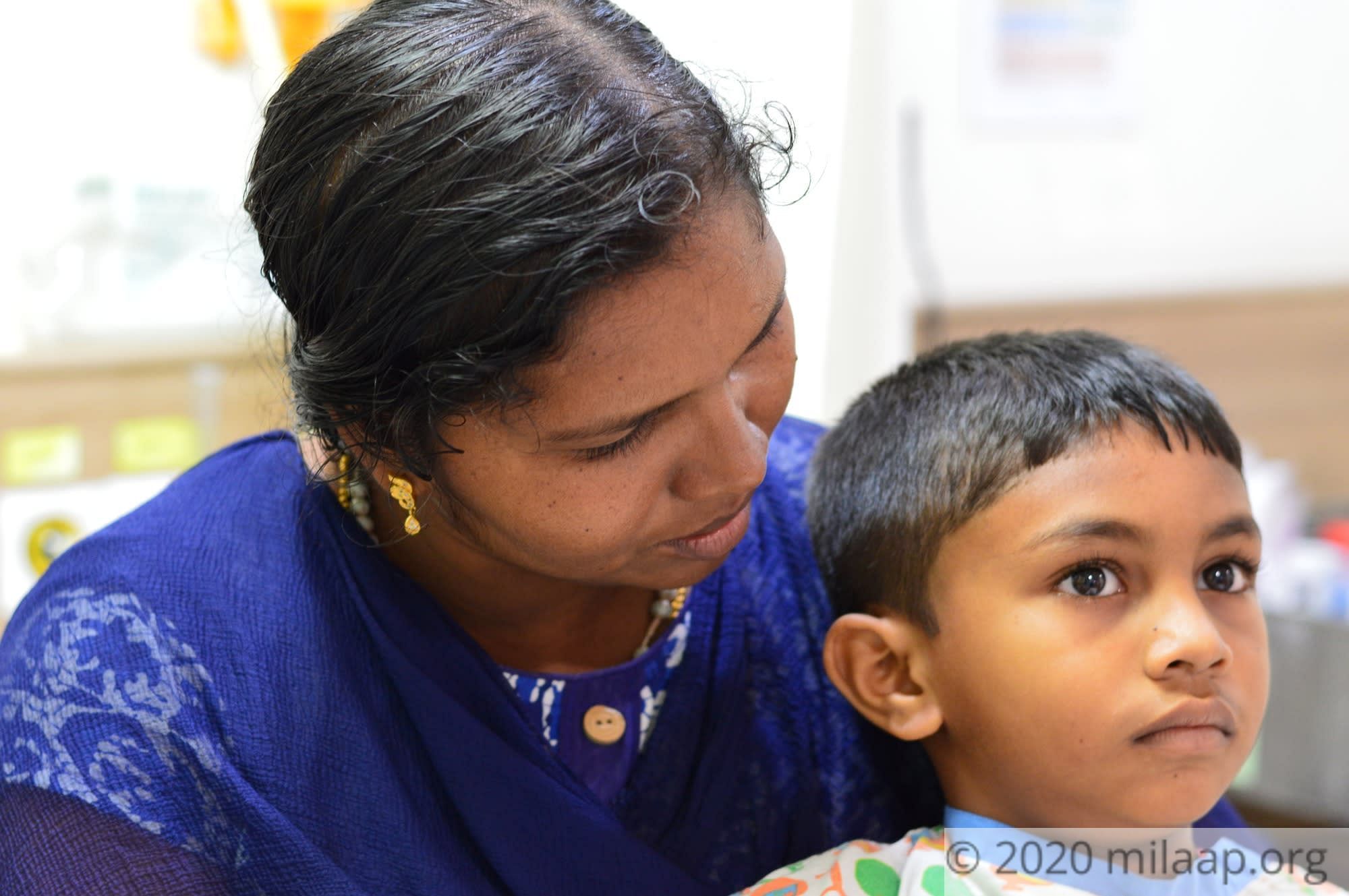 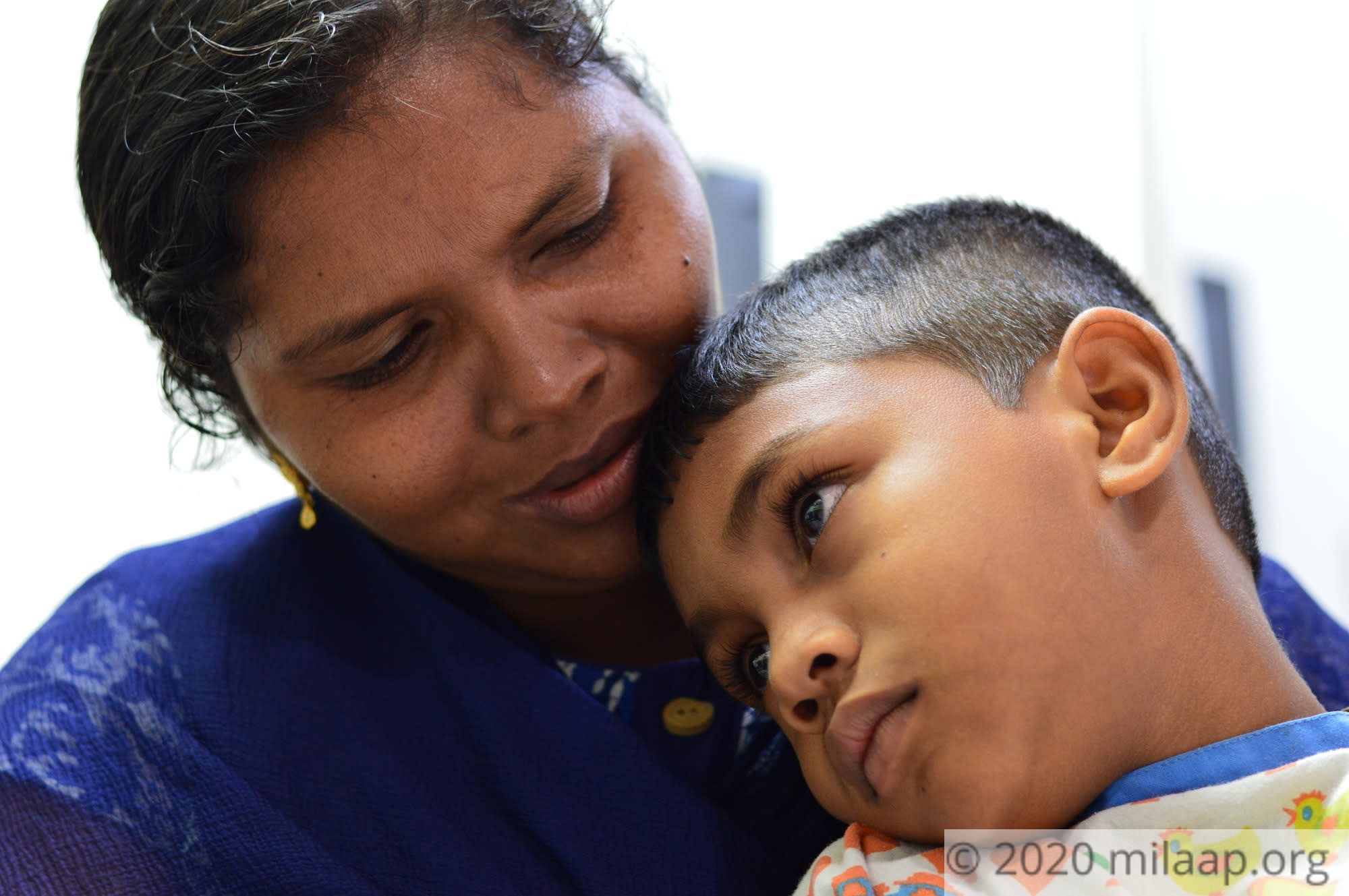 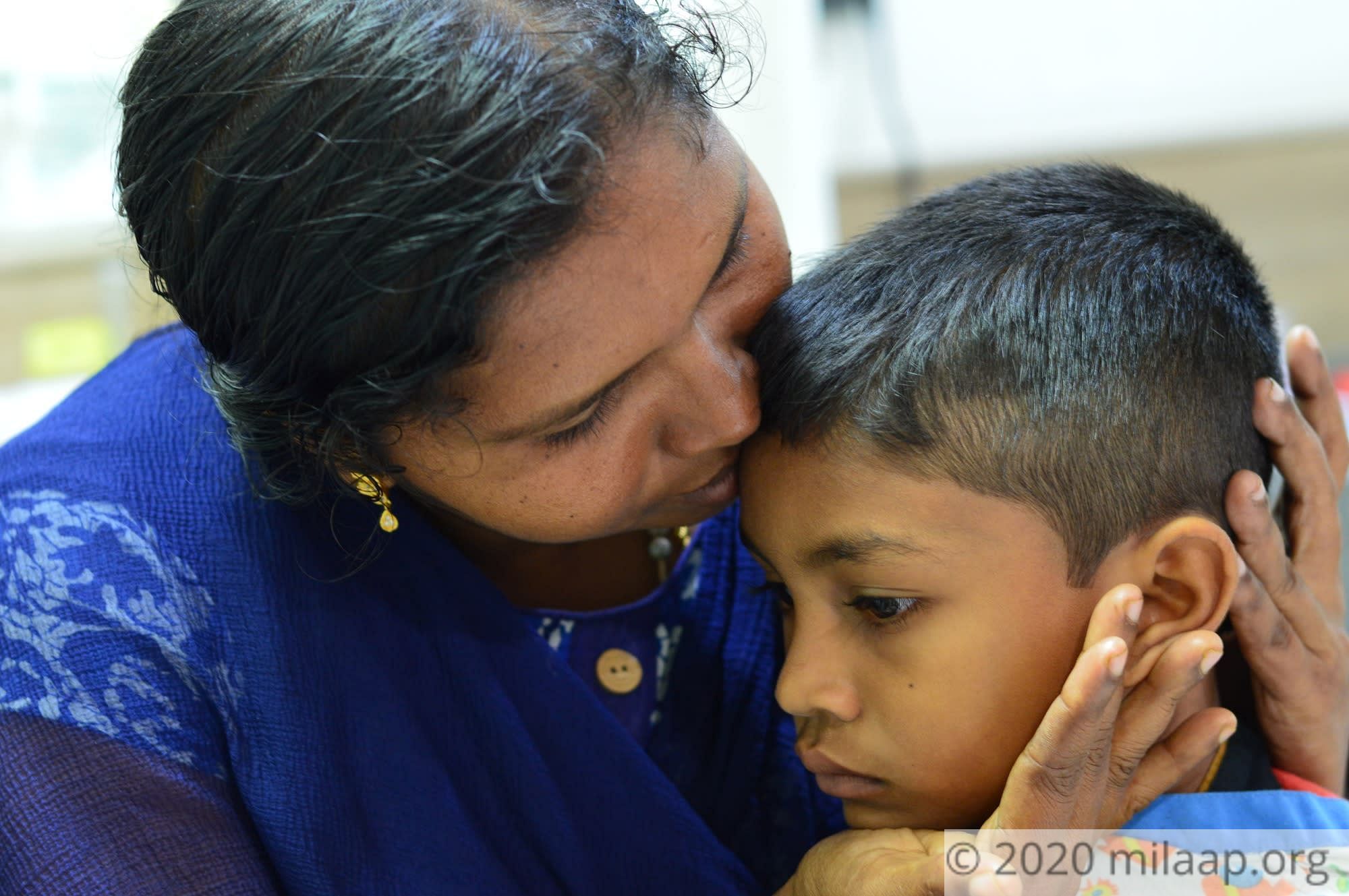 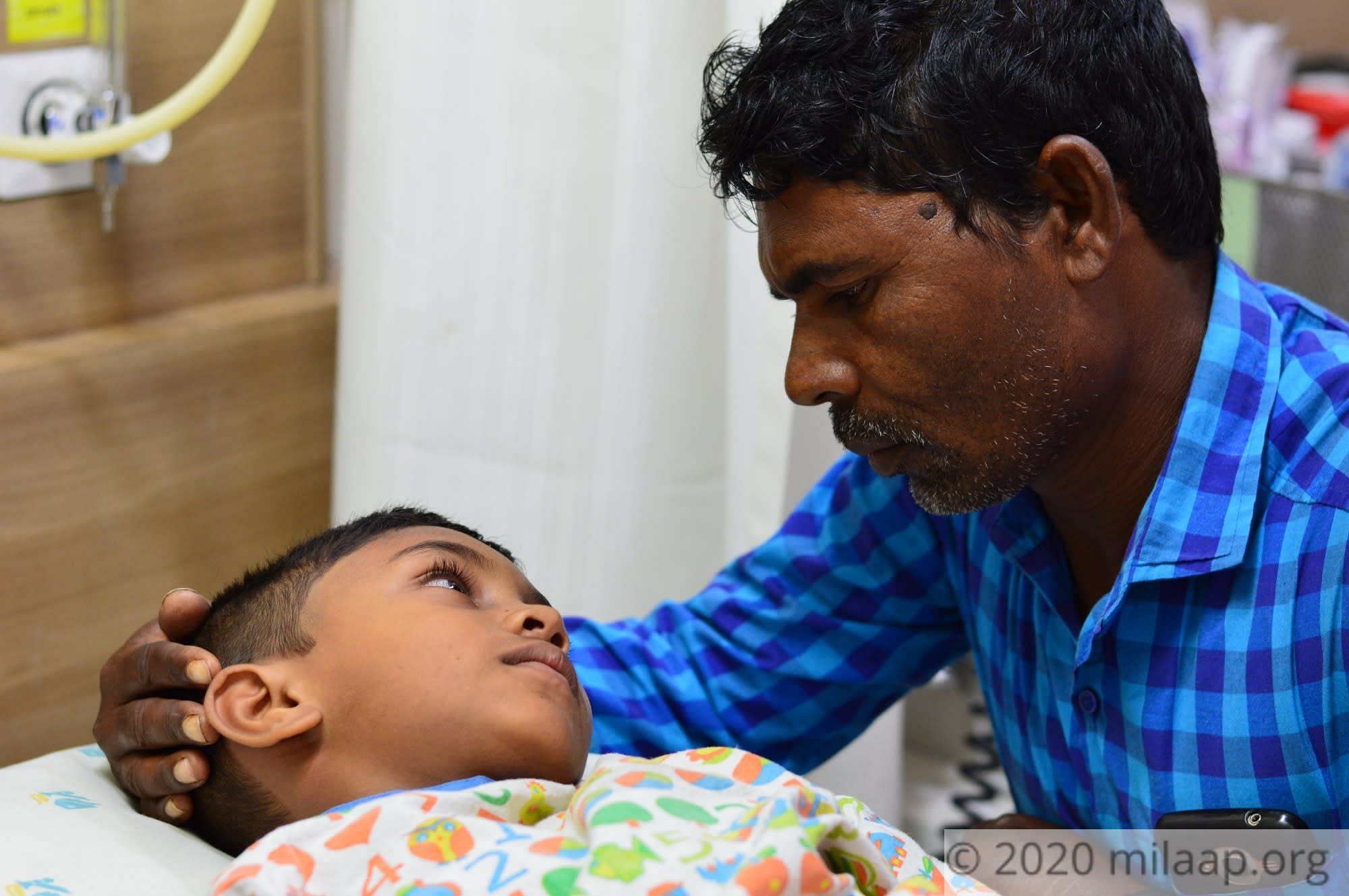 "I am a fisherman and I'm mostly away from home. Even when I'm fishing, I panic whenever I get a call from my wife. Is she calling to say that my child’s condition got worse? Did his heart stop beating? What if I am unable to reach home soon to rush him to the hospital? For the past seven years, I live with this constant fear in my mind. Only if I were capable of getting my son a heart surgery we would have lived a happy peaceful life." – Sahaya Raj, Father

Sahaya Reno was born with a defect in his heart. Back then, the doctors told his parents that it would get cured on its own once he turns 1. But the condition prevailed. They consulted another hospital where they were asked again to wait till he turns 4.  But unfortunately there were no changes even then and they continued to take him to different hospitals. Now at the age of 7, he is still sick and his condition is only getting worse.

"My Reno’s heart is troubling him so much. He finds it difficult to listen during classes because of the recurring pain in his chest. Every day when Reno comes back from school he just lies on the bed and asks me to rub his chest. He has two brothers and he can't play with them. He is too weak and is scared of being pushed during games. It is miserable to see him look at them longingly, wishing to be normal."- Mary Jagana, Mother

What Sahaya Reno has is a rare defect in which the heart’s lower half portion is reversed. Due to this, poor blood with less oxygen is circulating his body. He should have had a surgery to correct it when he was born and now if it’s not done sooner he may have heart failure and lung damage.

"He was stuttering and it began to happen often. The doctors who diagnosed him said it is a symptom that indicates high chances of experiencing a heart attack. Only surgery at the earliest can save him. My child is just 7 and he could have a heart attack! That is when I realized the clock is ticking and we don’t have enough time or money for that life-saving surgery."

The whole procedure costs around 10 lakhs and his parents must pay for it within a month to save his life. Sahaya Raj, being a fisherman, doesn’t make much at the sea, around Rs. 10,000  a month. He has to feed five stomachs at home and take care of the household needs with that money.

"I owned a boat but I had to sell it as I couldn’t manage Reno’s medical expenses. Now I work under people who own boats and the income has been less. Some of my neighbours and relatives were generous enough to lend me money for the surgery but that’s not enough. Reno thinks he won’t get the surgery since I can't afford such a huge amount. I don’t want to fail him. I will try till my last breath to find a way and save his life." - Sahaya Raj

Reno has less time left to get surgery. Each day gone is only making his condition worse. But with your timely action and generous contribution you can give this boy the gift of life.

Click here to know more about Sahaya Reno
Donate now
OR
Click here to read the instructions before you make a bank transfer.

Reno, Pray that God gives you a new heart with long life. His blessings on you and the doctor.

Reno, Pray that God gives you a new heart with long life. His blessings on you and the doctor.

Praying for you. God bless!

Have faith in God sir, he will recover in no time.... Amen