This Baby Is Battling Death A 2nd Time, His Desperate Dad Only Has 7 Days To Save Him | Milaap

This Baby Is Battling Death A 2nd Time, His Desperate Dad Only Has 7 Days To Save Him 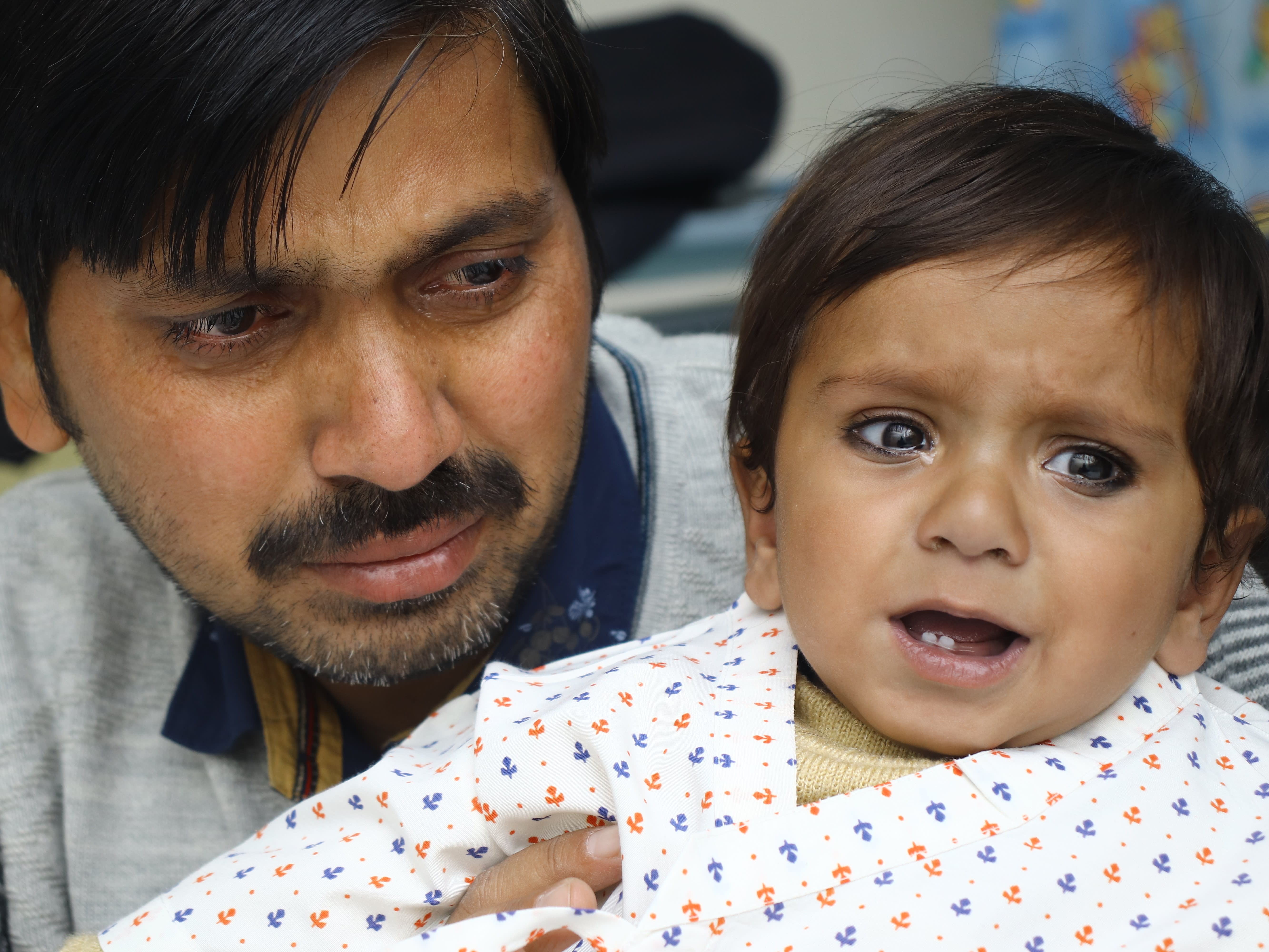 “Why are we being punished this way? We finally had a child after a 7 year wait, and earlier this year we almost lost him! It took everything we had and more to keep him alive that time.
But now he’s dying again! We only have one week to try and save his life, but my hands are tied. My poverty may end up killing my...”
— Bipin, father of Rudra 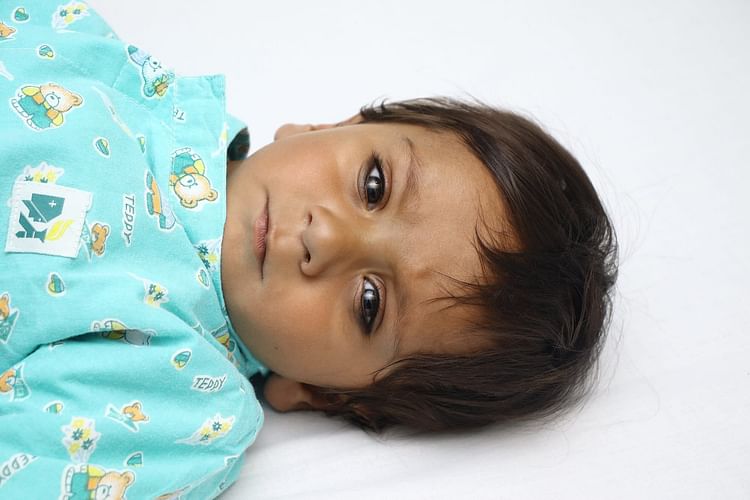 When Rudra was born this January to Bipin and Reema, he had brought with him a seemingly-endless supply of love and joy. The young parents had felt blessed to have him in their lives, thanking God again and again for their good fortune, but... their happiness was short-lived.

“After 3 to 4 days at the hospital, we finally brought Rudra home. But not even 24 hours passed before he suddenly became very weak. He couldn’t even open his eyes! And then his hands and feet started turning blue... An x-ray suggested there could be something wrong with his heart, and an ECG proved it. Rudra’s heart was dying.” 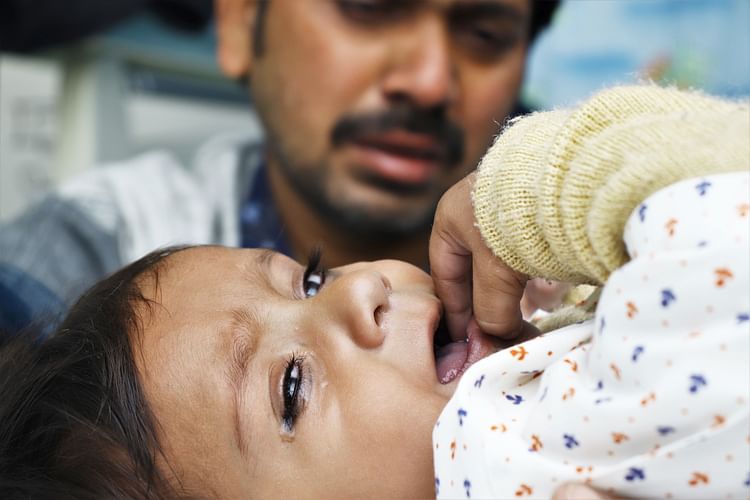 They tried their best to save their newborn’s life

“At the doctor's recommendation, we hired an ambulance to drive us all the way to Delhi the same night. The 300km journey felt like 300 days, sitting in the back of the ambulance and watching Rudra with all kinds of tubes coming out of him, knowing that without even one of those tubes, he wouldn’t be alive anymore. Once we reached Delhi, we drove around for hours again, desperately looking for a hospital that would take him in! They all kept saying he was too weak, and at risk of infection! Right when it seemed like we would lose him, one hospital took him in, and the doctor told us he needed urgent surgery. I spent the next few days begging everyone I know for money, and finally got him the surgery! He was supposed to be fine after that! But now...” 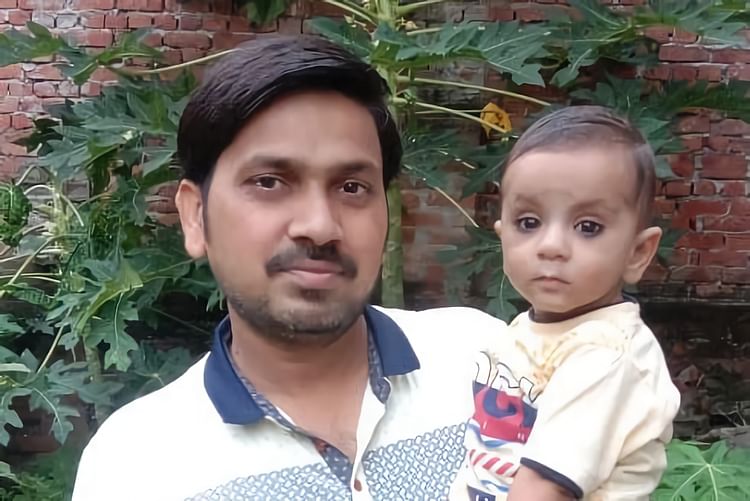 Rudra seemingly recovered after the surgery, only to become critical again a few weeks ago

Rudra only has one week, he needs your help

After his surgery earlier this year, Rudra was supposed to go on to lead a normal and healthy life, like all children his age. But a few weeks ago, unexpectedly, his parents started noticing some familiar symptoms. He started getting increasingly weak, unable to even feed. He started struggling to breathe. His hands and feet started turning blue again. All these are symptoms of a failing heart.

“We rushed him back to the doctor and he confirmed our worst fear. The first surgery hadn’t worked! They told us he needs another surgery immediately, that that’s the only way he will survive. The deadline they gave us is about to end next week, but we still haven’t arranged the funds!” 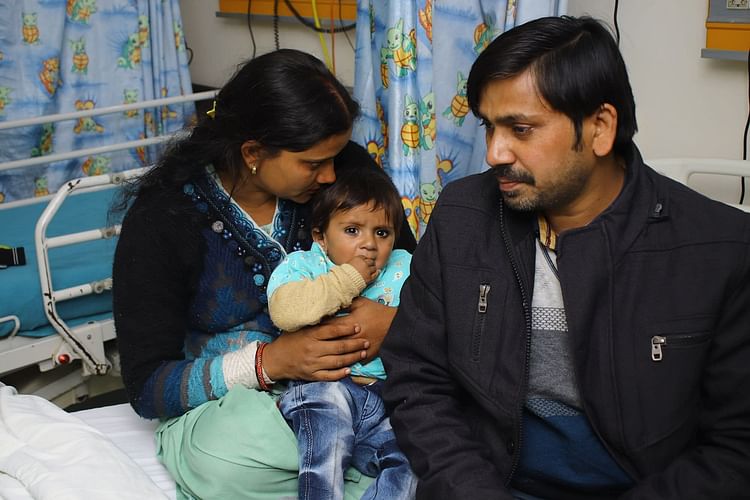 His parents are desperate, they don’t want to lose their son

“But what can I do? I’m just a small shopkeeper in my village. I’m still paying off all the loans from the first surgery! And with the pandemic and everything, I’ve never been poorer in my life. I don’t even have a single currency note in my pockets. But Rudra... he is going to die if he doesn’t get the surgery within a week. Please, you have to help us!”

You can save Rudra’s life by clicking here to donate.
RA
Patient Rudra Awasthi is 11 months old, living in New Delhi
AH
Being treated in Apollo Hospitals, New Delhi, Delhi