His Own Father Refused To Save Him From Cancer, Spent His Money On Alcohol Instead | Milaap
loans added to your basket
Total : 0
Pay Now

A
You are sending a message to
Umesh
Go back

His Own Father Refused To Save Him From Cancer, Spent His Money On Alcohol Instead 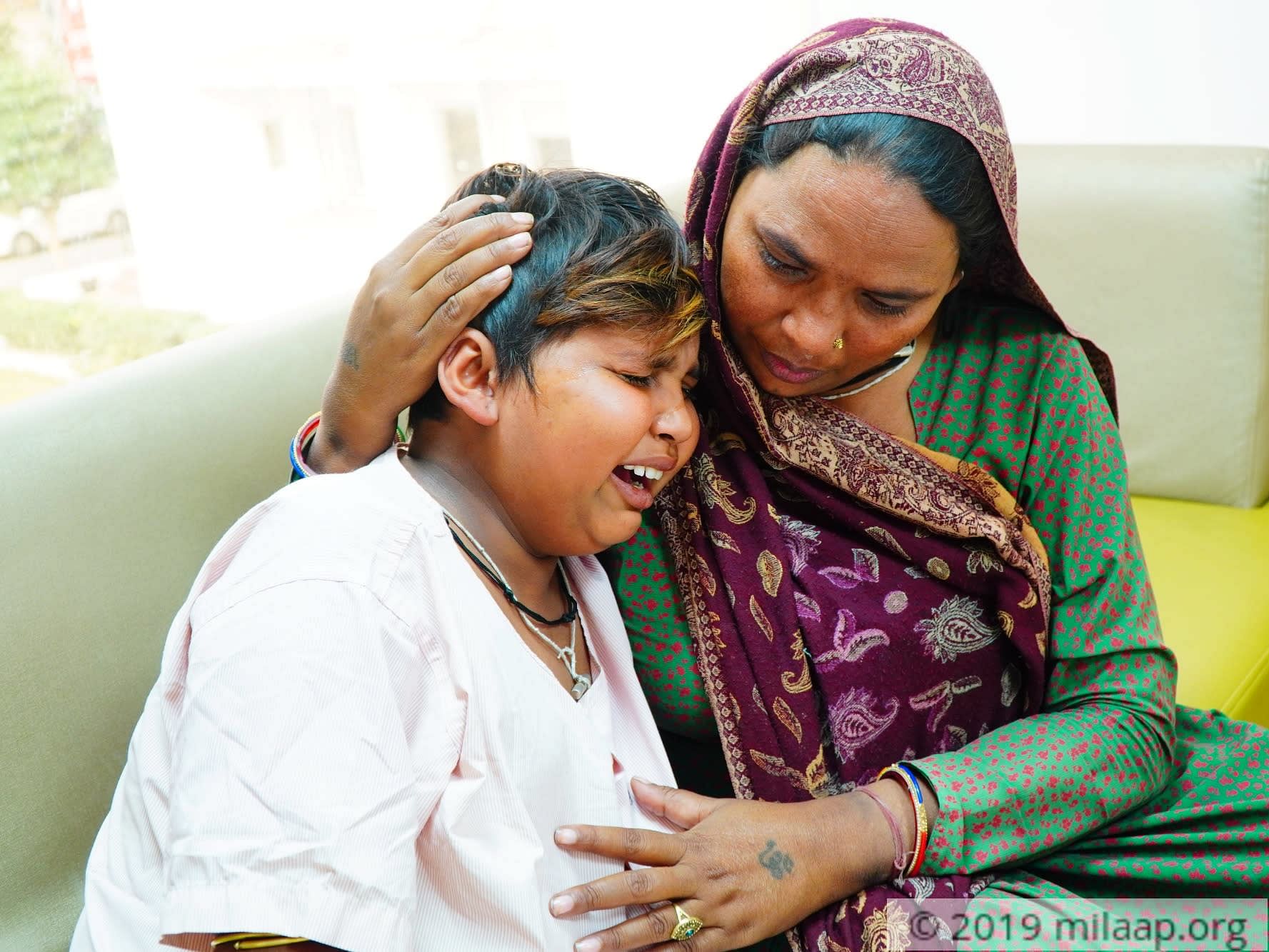 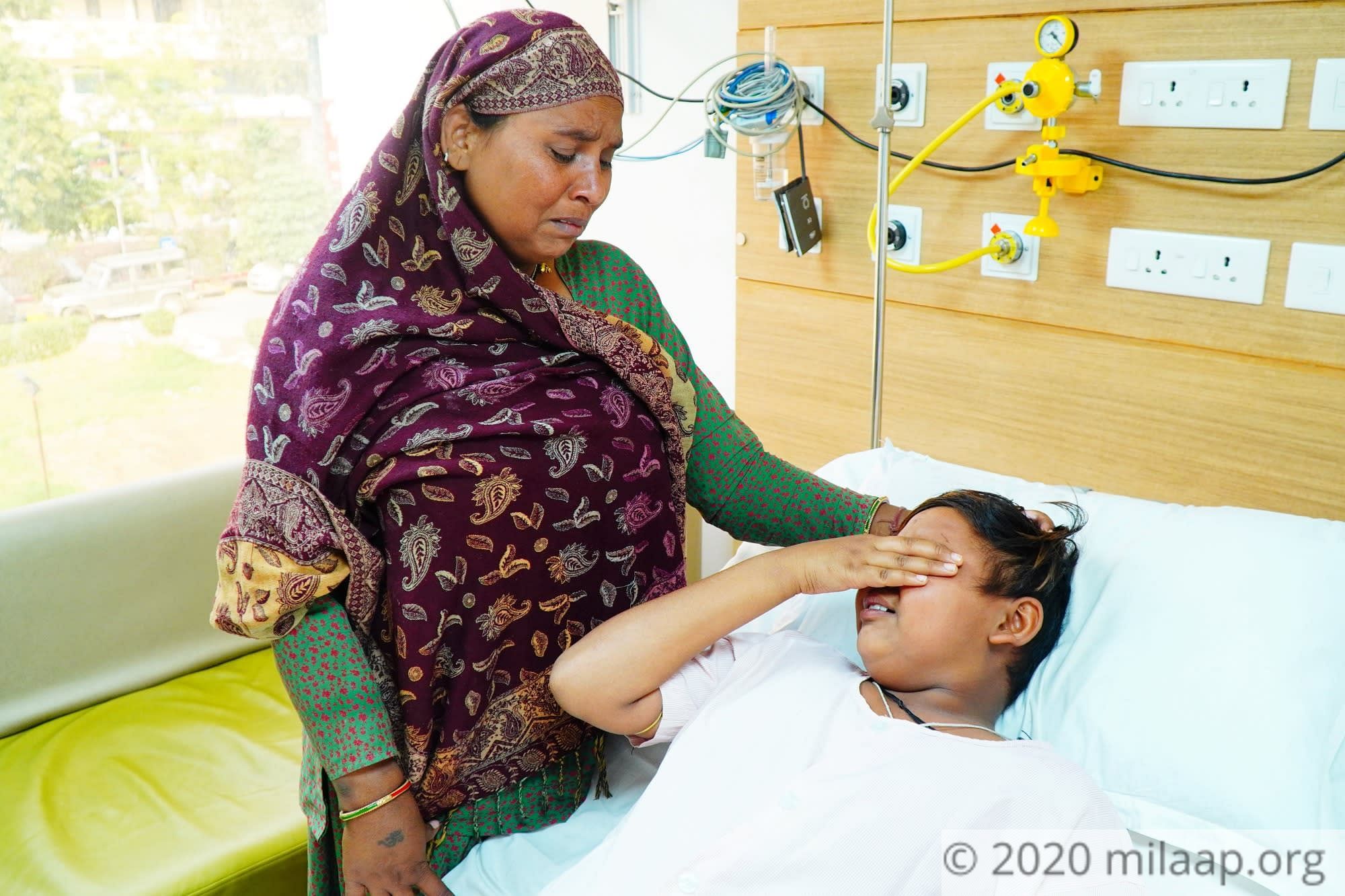 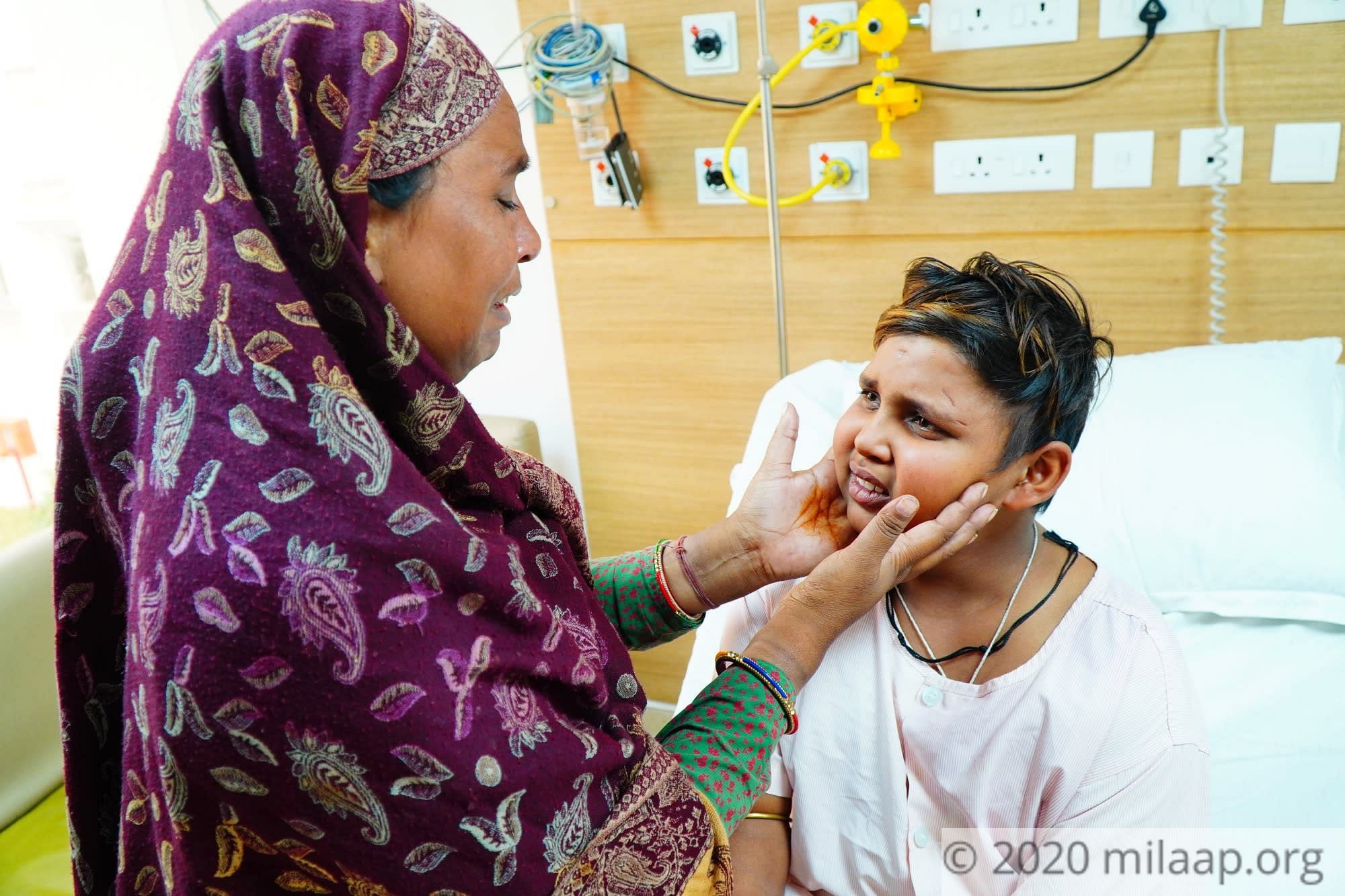 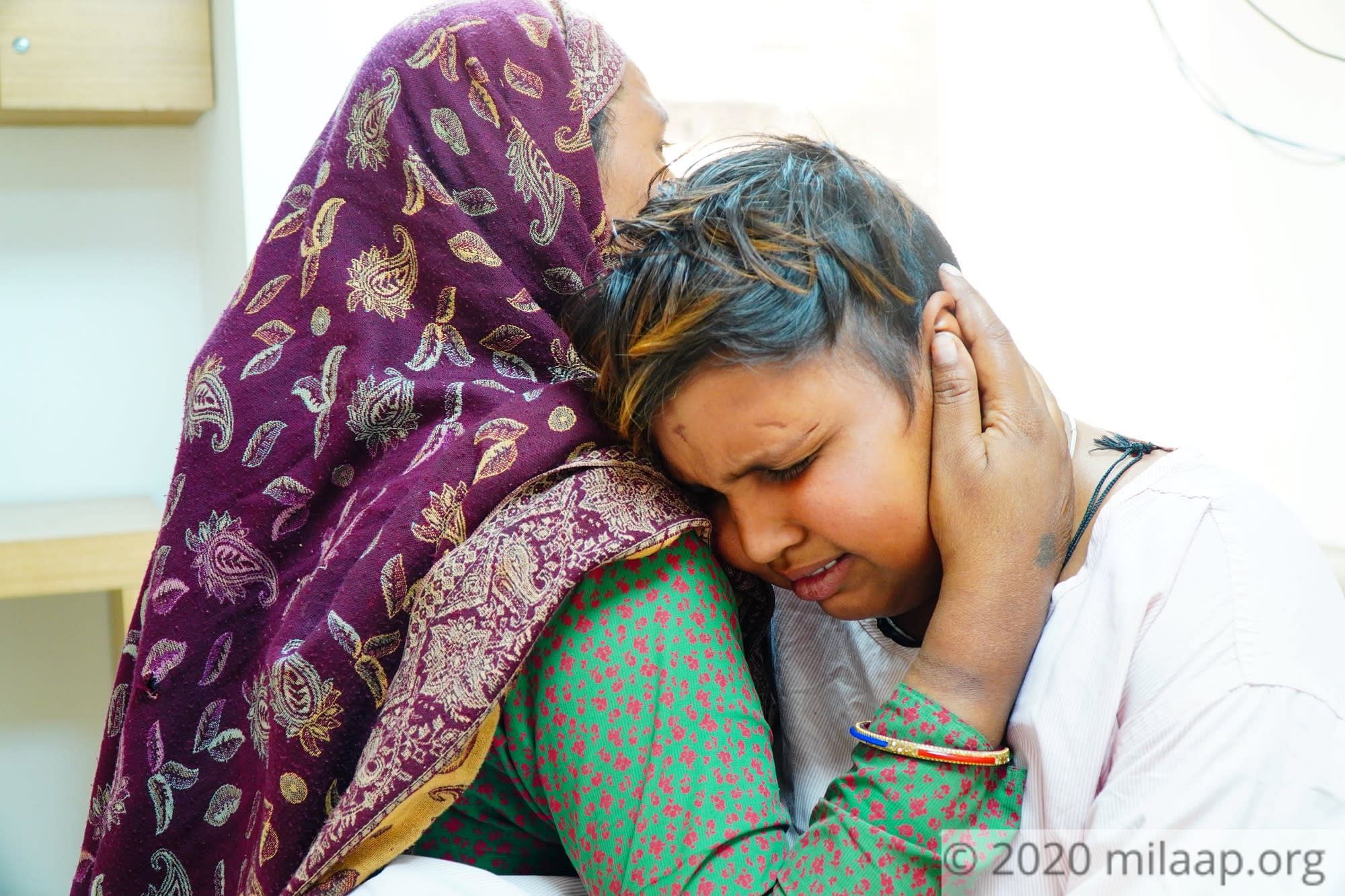 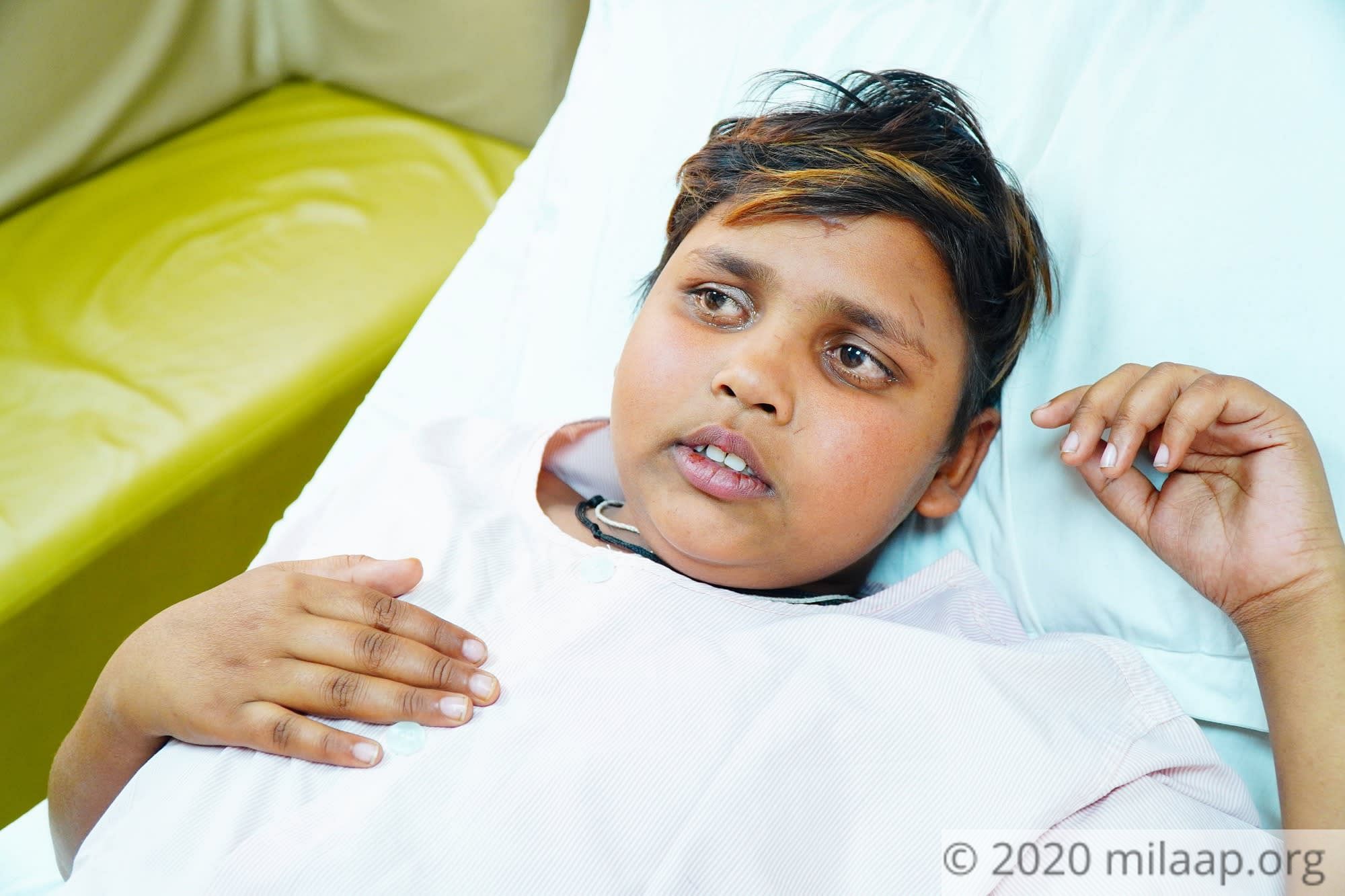 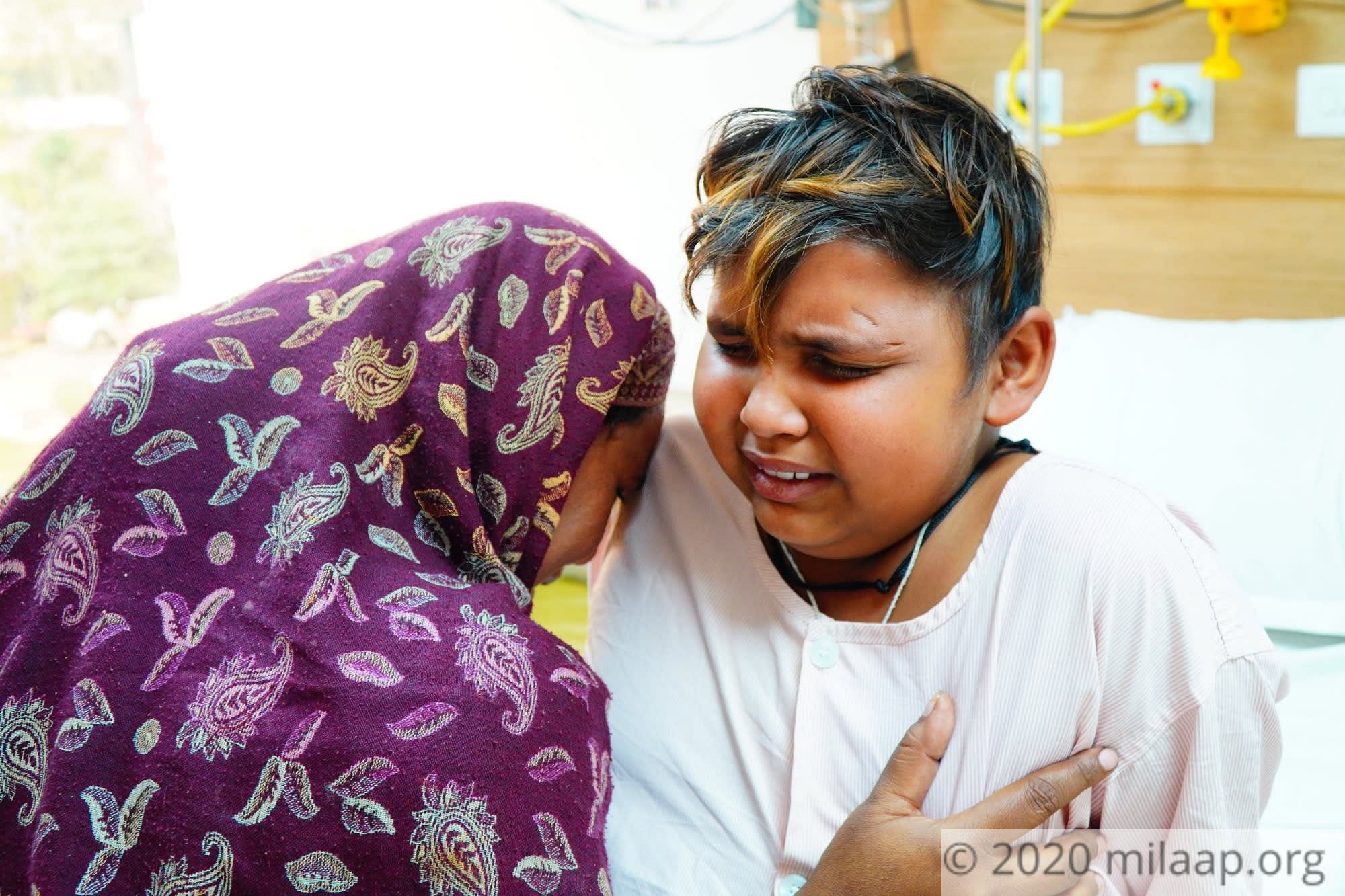 Share on facebook
“Three years, it’s been three years that my husband has left me. Since then, I have been on my own, taking care of my son. Skipping meals, selling utensils door-to-door, I tried my best. Now, he has cancer, and I don't know what to do. I called and told his father, but... but he just told me to stop bothering him and cut the call,” - Roshni, mother.

He vomited everything- even the water he drank

Four months ago, Ritik wasn’t able to eat anything. He vomited out everything he ate - even if it was just water. Soon, Roshni realised that it wasn’t because of indigestion that they thought it was. But this poor mother never thought that her son would be diagnosed with a brain tumour.

“My brother, Sandeep and I didn’t waste any more time. We brought him here, in Jaipur, only to know that he has a tumour in his brain!” -

Ritik had to undergo an immediate surgery, there was no other way out. But the 12-year-old is still not out of danger. He needs continuous radiation and chemotherapy but they can't afford.

He overheard about his cancer and now he lives in fear

The disease has made Ritik cranky. He knows he has cancer, he overheard his uncle and mother discussing. Now he spends every minute fearing that he might not be alive for long.

“He used to be so mischievous, always running and playing around. The only time he kept quiet was while he slept. Now look at him, always in pain, always crying. I am trying my best but then I don’t know how long I can continue. I am only a daily wager”- Sandeep, uncle.

I will fight till my last breath, I will not give up on him

Roshni has never had a happy marriage - for the last four years she has been staying with her brother. A gambler and an alcoholic, her husband was never there for the family. But Roshni is ready to fight till her last breath for Ritik. He is the reason she is alive.

“Now that his father has refused to help us, my brother and I have been begging our relatives to save Ritik. It’s with their help that we could afford that surgery. But now...” - Roshni.

But now... they need another 15 lakhs. Without your help, there is no other way this desperate mother can save her only ray of hope. 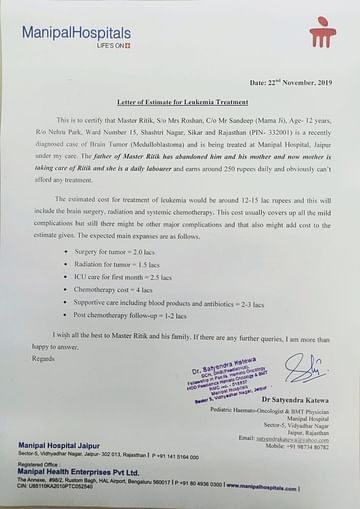 Click here to know more about Ritik
Donate now
OR
Click here to read the instructions before you make a bank transfer.

KC
K Rs.10,000
187 others have contributed
Click here to know more about Ritik

Donated to this campaign via Paytm? Click here if you can’t find your donation listed below.
VC
Vivek donated S$200

Get well soon.. you are strong and a hero