His Rare Disease Wasn’t Diagnosed For Months, Now This Baby Is Critical 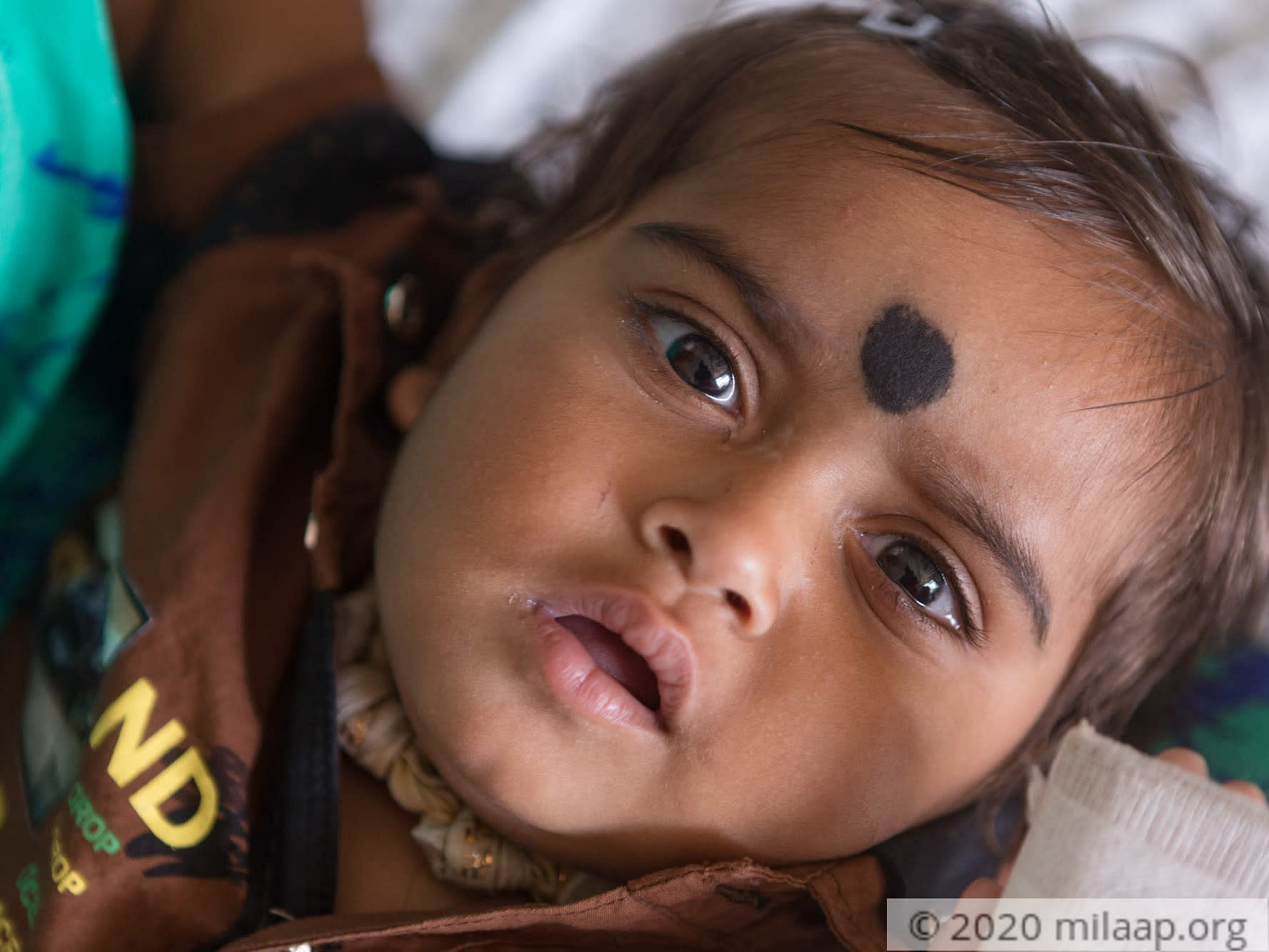 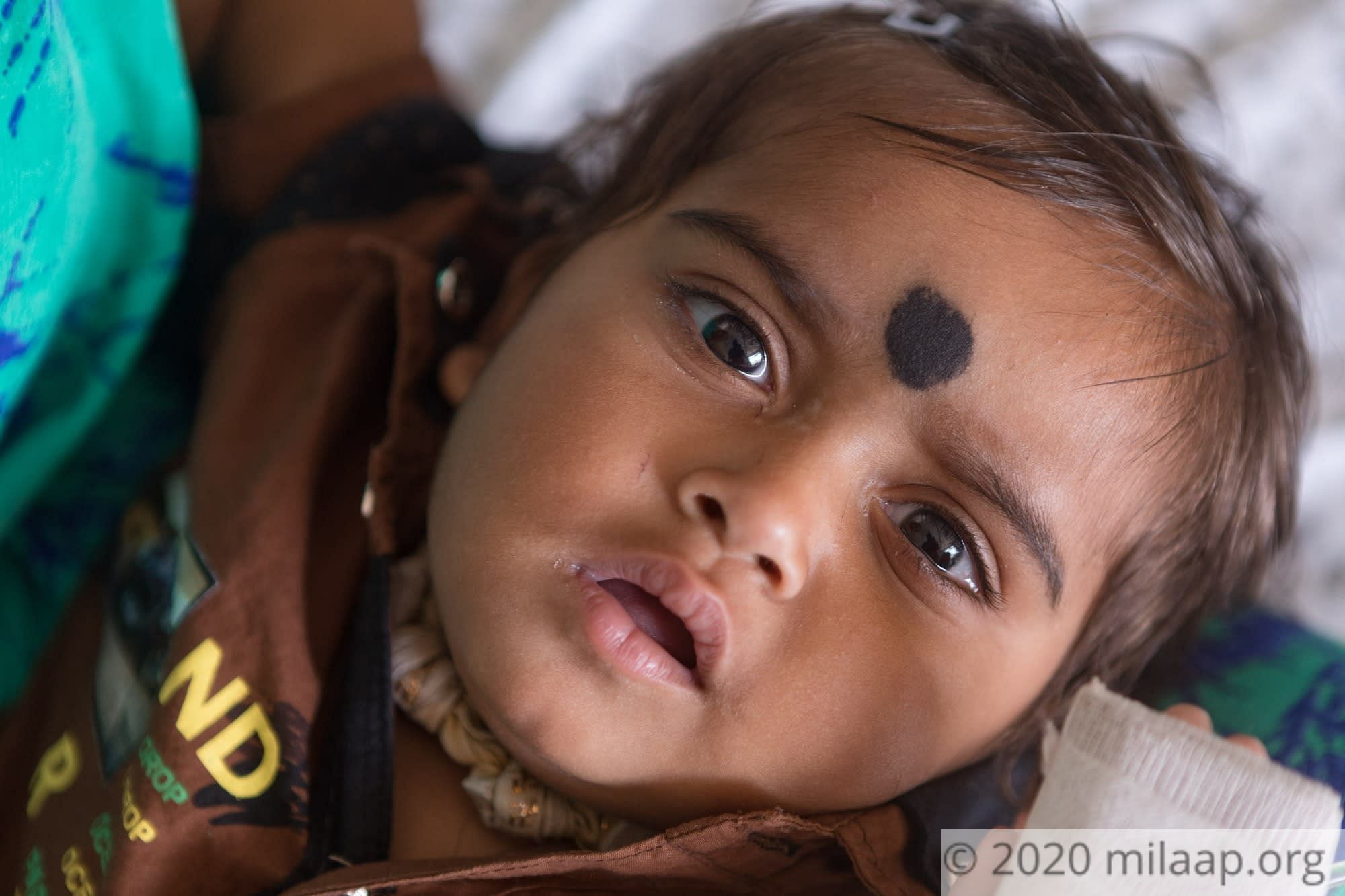 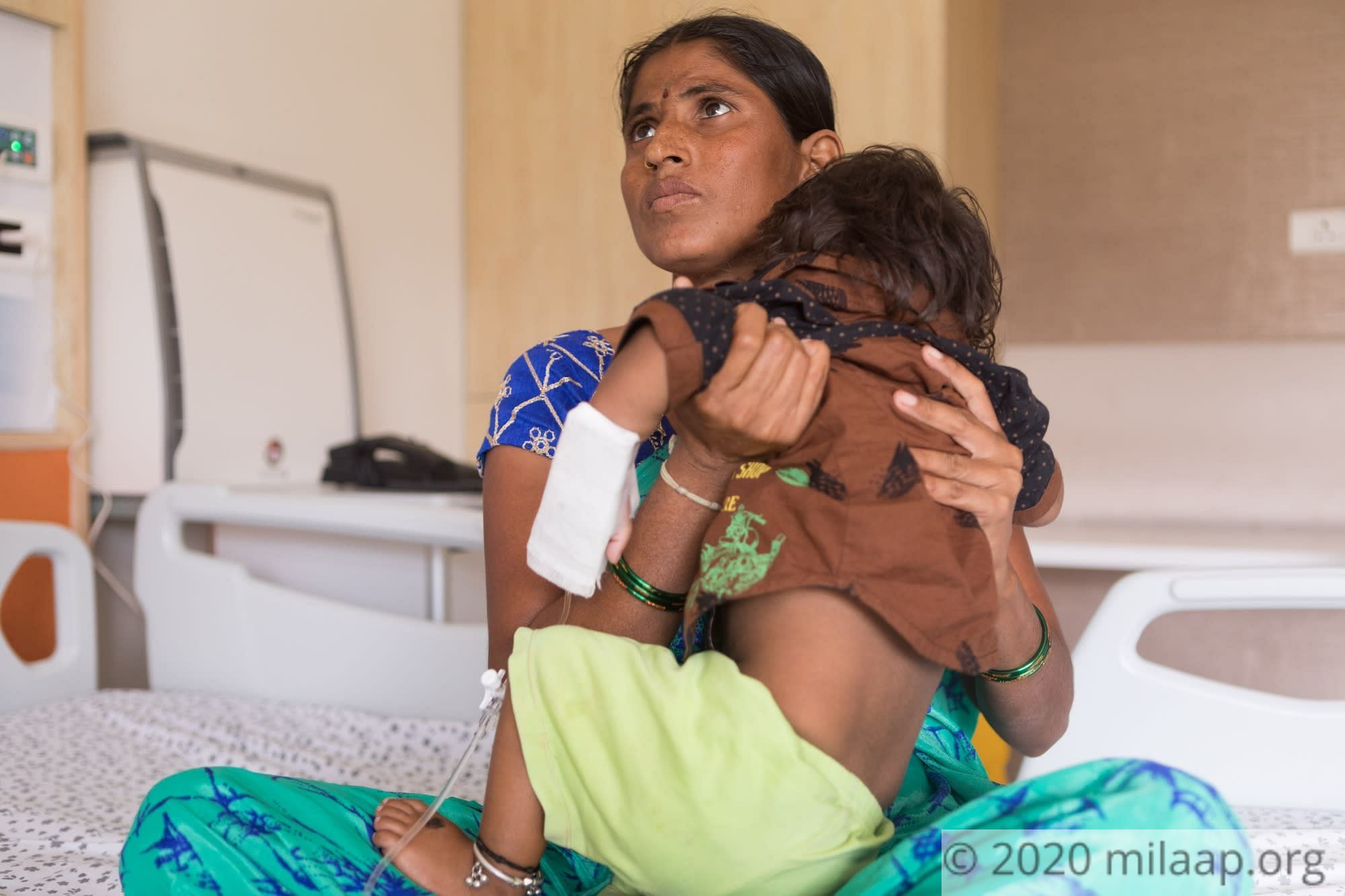 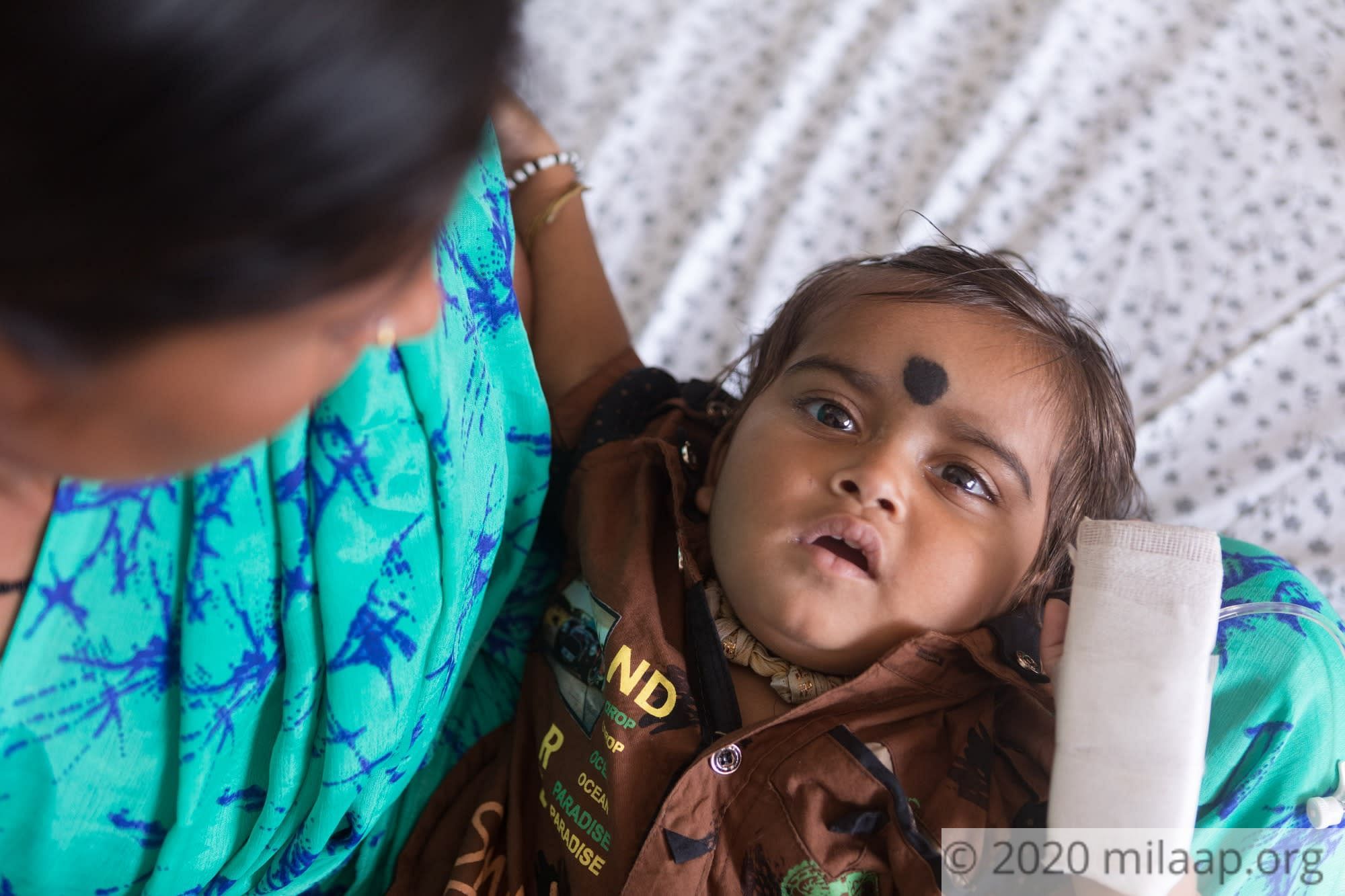 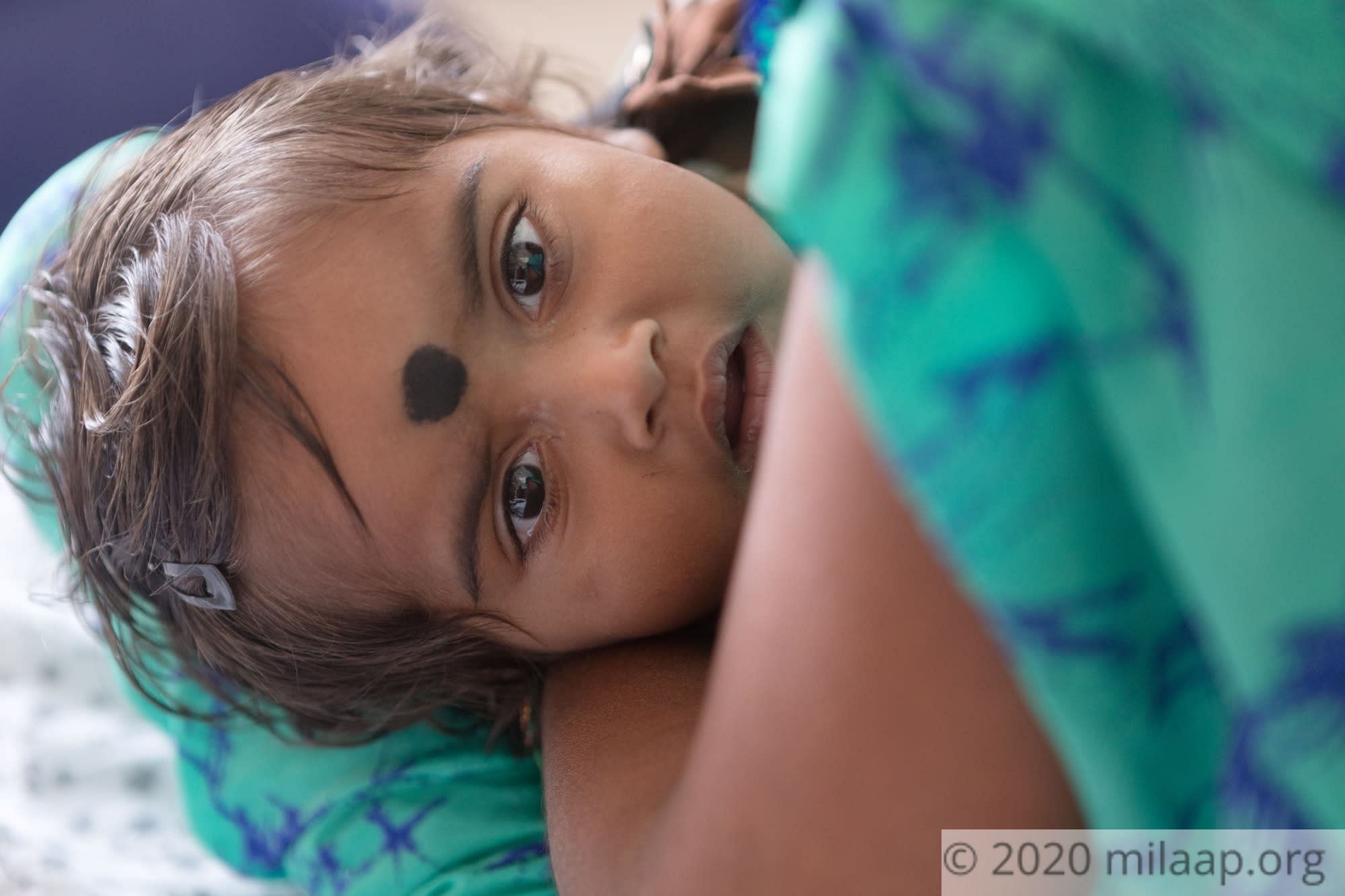 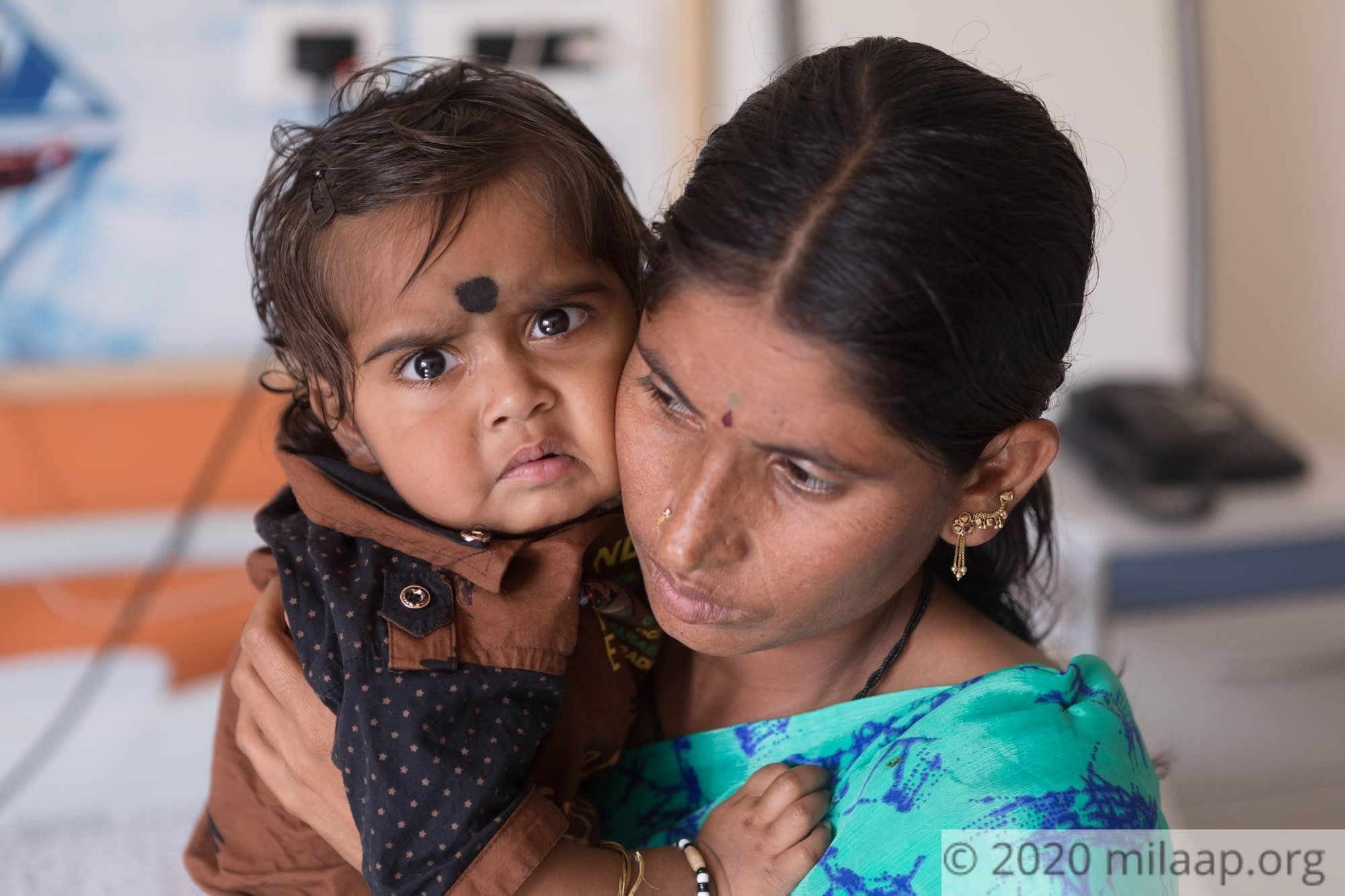 “My baby should have been crawling all around the house by now, maybe even trying to walk. But with his stomach swollen so big, he hasn’t even rolled over yet! Whenever he tries, he screams because of the intense pain it causes him. I can’t remember the last time he smiled.” – Lakshmi, mother.

He was born after 10 long years of prayers

For ten years of their lives, all Devsing and Lakshmi ever did was pray for a child to light up their house. A year ago, their prayers were finally answered and a baby boy was born. The couple was overjoyed but it was short-lived. Hardly a year-old now, and their son is battling death.

“When he was 3 months old, his temperature soared and he was burning. But the doctor in our village told us it was normal. However, a few days later, his stomach began swelling and he screamed in pain if we even touched it…” – Lakshmi.

He was immediately admitted to another hospital and administered glucose, as a treatment for his sickness. After three days at the hospital, there seemed to be no improvement and baby Rishith was on the verge of dying. He had been misdiagnosed.

“We were never told what was wrong, but it didn’t matter to us as long as the doctors knew. Everybody from our village came to be with us, because they knew what he means to us. For three days I prayed, day and night. But he was battling death… right in front of us. We wasted a lot of time looking for a hospital that would agree to treat him. We were afraid it'd be late! ” – Lakshmi.

We took him back home, we couldn't afford the treatment

After shuttling between multiple hospitals, struggling to keep their son alive, they finally got him admitted at a bigger hospital. They couldn’t afford any more misdiagnosis.

“He was diagnosed with a rare disease and required chemotherapy as a cure. But we were so afraid that, once he was treated for his fever, we took him back home. We couldn’t afford the treatment and so we never went back. He was doing better until one day we found him lying still on his bed, with his eyes closed. We thought he was dead! Thus, began our nightmares” – Lakshmi.

No treatment could cure him, and his life now depends on an urgent stem-cell transplant

Unfortunately, the parents were told that the chemotherapy hadn’t worked, and his sickness had relapsed. Only an urgent stem-cell transplant, can cure baby Rishith of Hemophagocytic lymphohistiocytosis - a rare disease of the immune system, where the body produces immune cells that attack internal organs such as the bone marrow, brain or liver eventually causing death.

Their land is sold, their pockets are empty - they are helpless

Devsing worked as a daily-wage labourer in Bangalore, away from his family, for Rs.10,000 a month. When Rishith’s health worsened, he had to quit his job and return home to Andhra Pradesh. With no source of income and all the money exhausted after months of treatment and medication, they can’t afford the transplant that will cost them 16 lakhs.


“We waited 10 years for a child, and now that he’s here, we don’t know how long he’ll stay. The past 6 months have been hell for us. Without this transplant, his sickness will keep coming back. We can’t afford the surgery. All we had is gone now. My husband has been going door to door, to gather funds from everybody he knows! Please help!”

It took them 10 painful years of waiting and endless prayers, to be blessed with a child and are terrified of losing him already. Your generous contribution can save him. 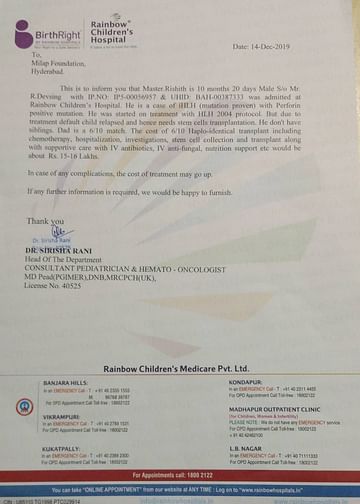