Every Passing Minute Is Painful For This 4-Year-Old Suffering From Multiple Birth Defects | Milaap
Receive tax benefits by donating to this cause. 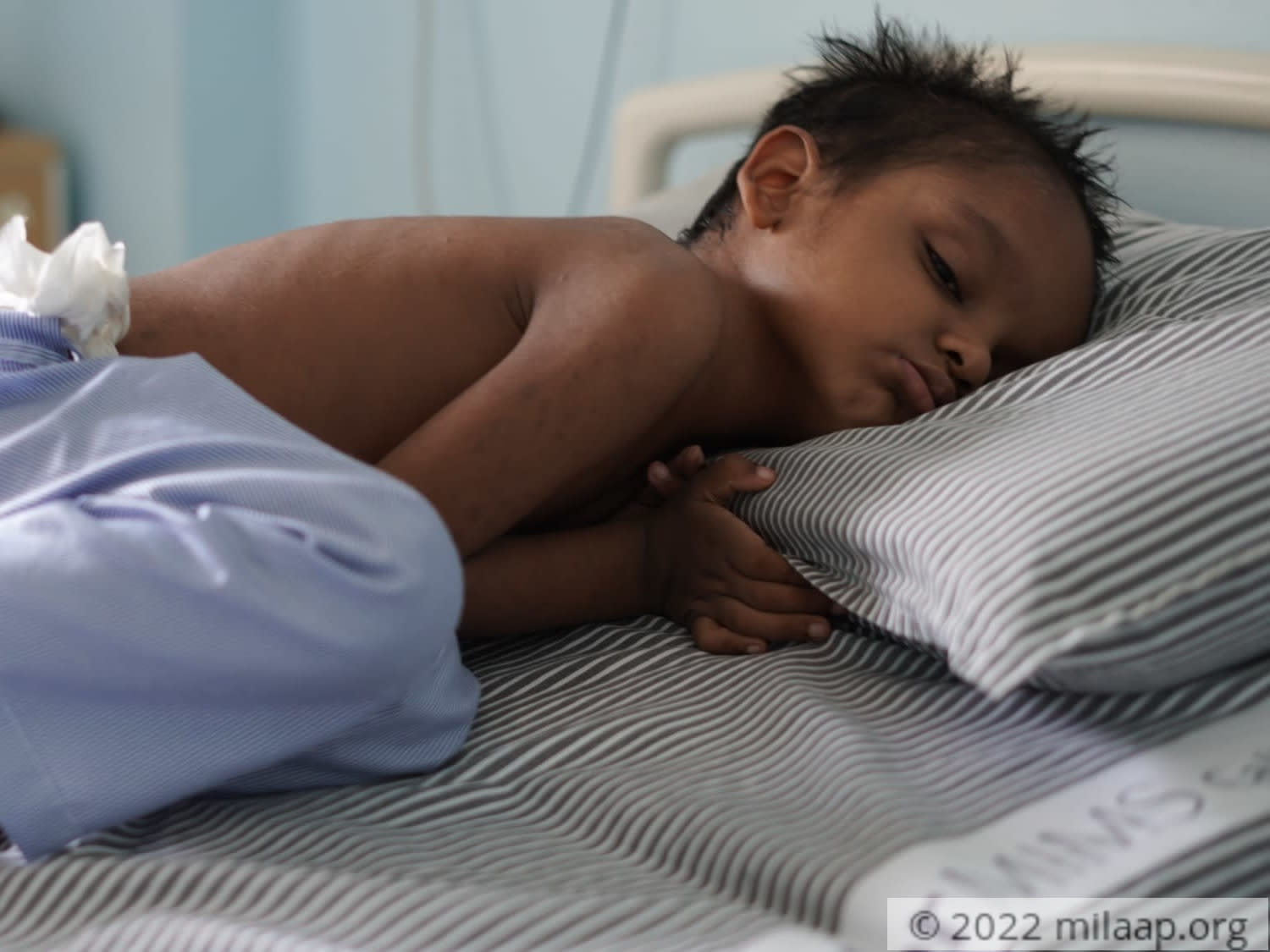 “I need to be there with him at all times. He cannot be left on his own as he has no control over his body. Normally, kids his age would be potty-trained. But our baby has a cloth tied around his waist as his stools pass through the side of his waist, without his knowledge.”- Ambili, mother.

Little Rigvedh was born with multiple abnormalities. He has high ano-rectal malfunction, which means that the anus and the rectum haven’t developed properly, so he cannot pass stools normally. He also has hypospadias with chordee, where the urinary opening is in a different position and the penis is curved downward, which makes urination difficult. In addition to all this, he suffers from a heart condition due to which his heart is weak and can collapse without treatment.

‘He has not known a life without suffering’

When Rigvedh watches his elder sister and other children in his neighbourhood eat chocolates and fried snacks, he too wants to try them out. But he is not allowed to do so by his parents who only want the best for him. The last time he tried eating a biscuit, he passed stools continuously for many hours altogether and it had almost landed him in the hospital. But things did eventually get worse for him.

“Last December, he underwent a couple of surgeries for his multiple conditions. At first, he was okay, and it seemed like he was recovering. But soon, his body shut down completely and he had to be shifted to the ICU in an unconscious state. He stayed in the ICU for more than 45 days. Now, he is weaker and frailer than before.” – Shyju, father.

After spending every rupee they had, they only have hope left

Shyju, an agricultural labourer and occasional driver, who only earned a few thousands each month, had to spend in lakhs to keep his baby boy alive till now. He got some help from the government, and also borrowed from friends and relatives to pay for Rigvedh’s treatment. But now, he needs a whopping 25 lakhs more as Rigvedh needs more surgeries to rectify his condition.

“I am not able to go to work like before, and its taken a mental toll on me. When I see my son unable to eat or drink water properly, I do not want to have food either. We all have been suffering for so long. Please help us.” - Shyju.

This young child can live a normal and fulfilling life with your kindness. Click here to contribute.
R
Patient Rigvedh is 4 years old, living in Kannur, Kerala
AM
Being treated in Aster MIMS, Kozhikode, Kerala