Cancer Killed Their First Child, Now Their Daughter Might Face The Same Fate 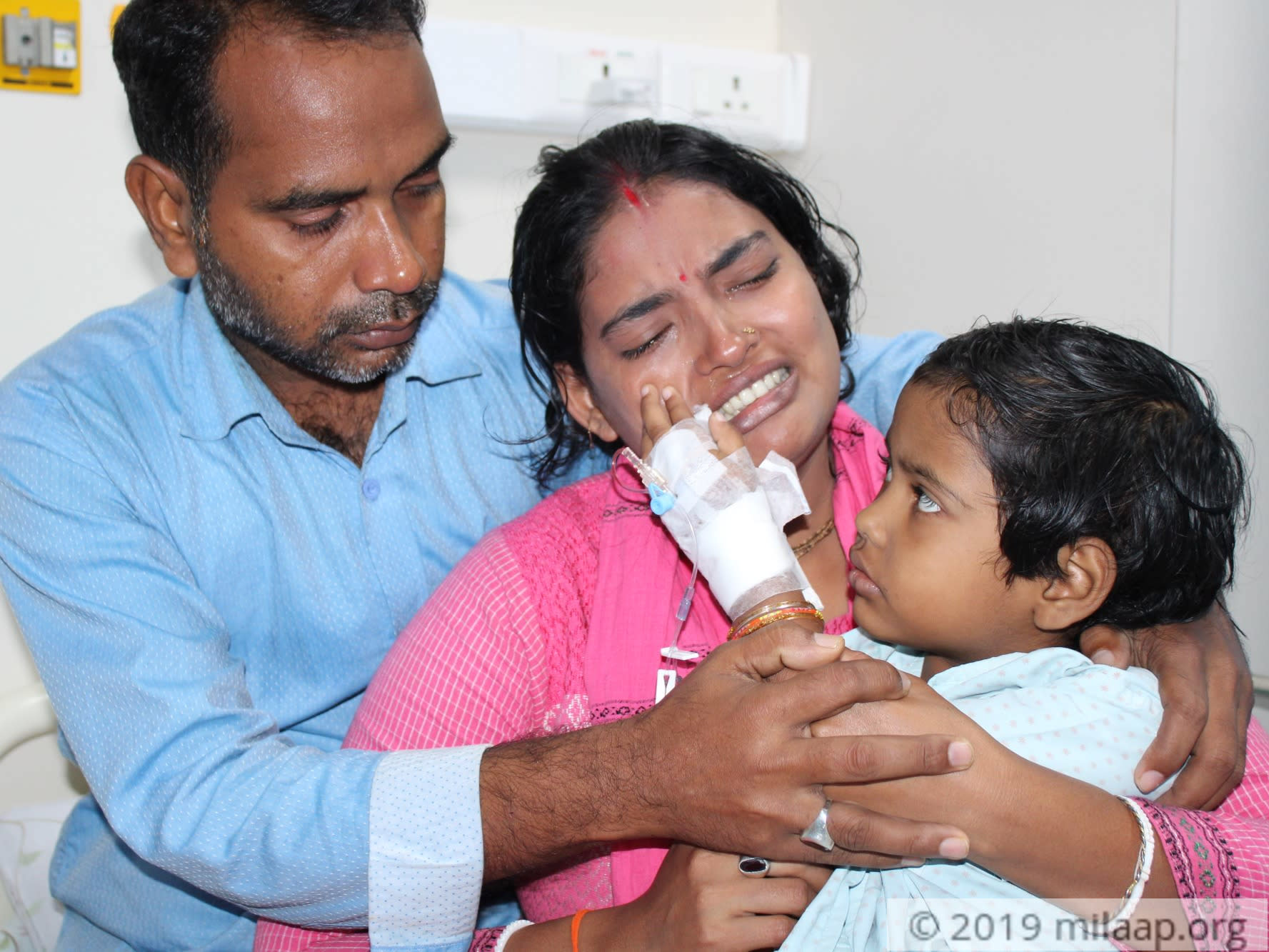 Share on facebook
It’s been two months since Sanjoy and Deji have been in Bangalore now with their two children, aged 4 and 2. Sleepless nights, empty stomachs and hopelessness - that’s all these past 60 days have been for these parents. Their 4-year-old daughter, Radhika is battling cancer. The disease is spreading fast and she needs immediate treatment. But Sanjoy is scared that he will not be able to continue Radhika’s treatment. Their situation is so dire that he can’t even buy regular medicines for her.

They said a surgery could fix her problems, but it didn’t…

Radhika was just 2-months-old when she needed a surgery. She wasn’t able to pass stools normally - the doctors said that there is a blockage in her system that can be fixed with surgery.

“But even after that her condition didn’t improve. She kept having stomach pains and then we noticed the swelling. We took her to our local doctors but they told us that there was nothing they could do to save my daughter. I was scared but I didn’t lose hope…”

“I don’t know if we can survive, if something happens to Radhika. There’s only so much pain one can take. Deji has been crying so much - since the day we got to know that Radhika has cancer. She keeps begging me to save our daughter. But what do I tell her…?”

What have we done to deserve this? My little child, she is going through so much…

Deji has lost a child - she says, the pain is incomparable to anything else. But life has brought her to similar crossroads again. Sanjoy has done everything in his capacity but it’s still not enough.


“I have sold the only piece of land I had and the money I got from that I used for Radhika’s treatment. Hardly anything is left from that now but her treatment isn’t over. She needs many more cycles of chemotherapy. How do I afford that?”

4-year-old Radhika is fighting deadly cancer. She is in a lot of pain and her parents are helpless. You are their only ray of hope.

May God bless you with a speedy recovery.

442 others have contributed
Click here to know more about Radhika

May God bless you with a speedy recovery.

Continuing to pray for this young one and her family.