Farmer's Son Got Crushed Under A Bullock Cart, He Won't Survive Without Your Help | Milaap

Farmer's Son Got Crushed Under A Bullock Cart, He Won't Survive Without Your Help 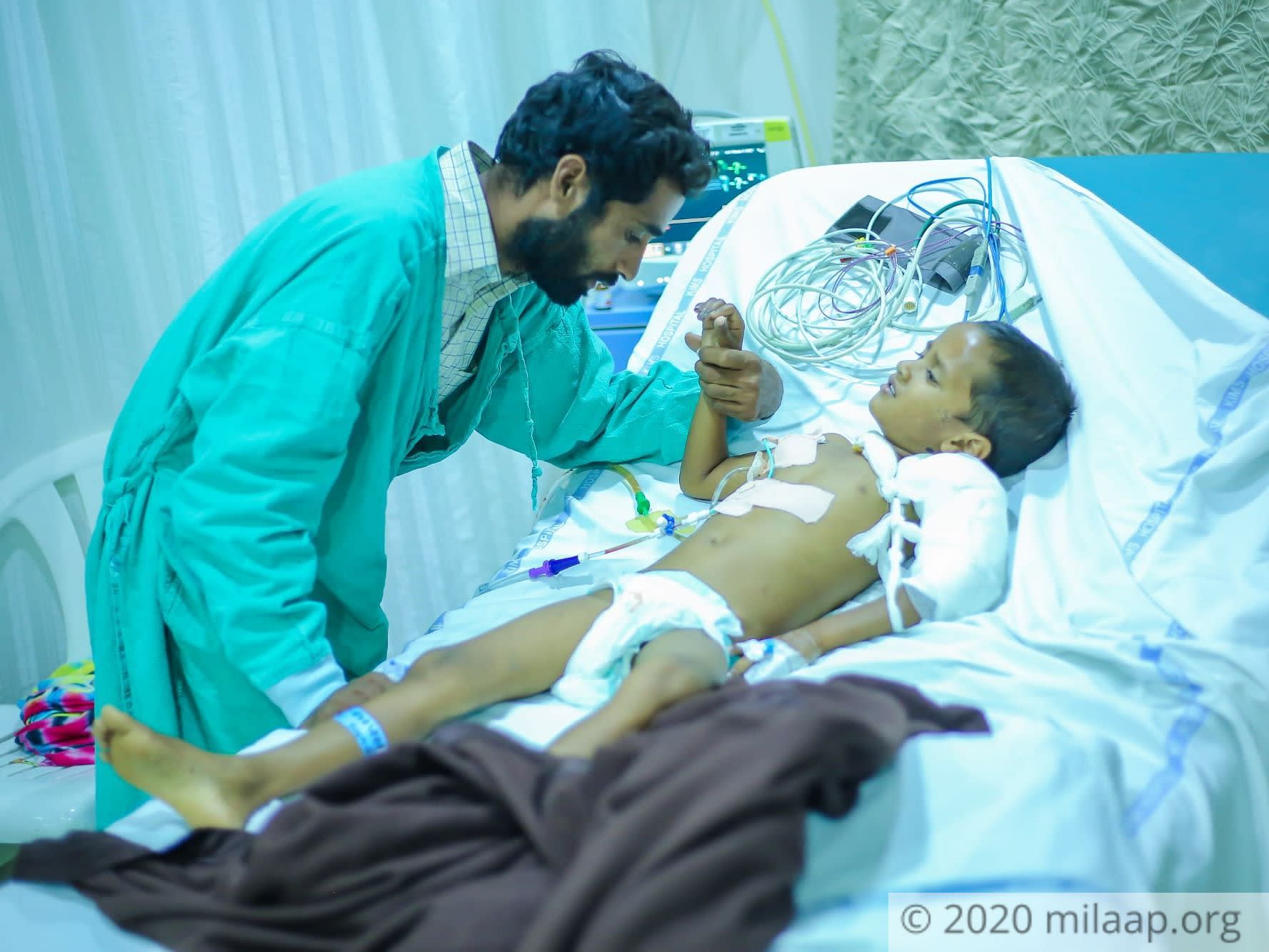 “We were on our cart, making our way home through the fields. We had to make a turn, when the kachcha (mud) road unexpectedly crumbled and shifted beneath us, and the cart tipped over. I barely had time to react, and then...
Then I heard my son screaming like I had never heard before. He had fallen over, and the cart with all the harvest had fallen on top of him!” — Sangu, father 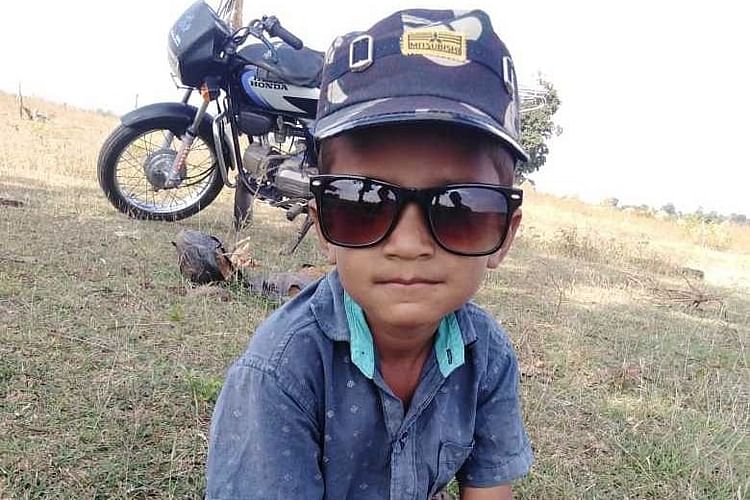 It was the first harvest of the year. As a daily-wage farmer, Sangu had been looking forward to the work; he hadn’t earned any money for a long time and was tired of his family surviving on just one meal a day. Not in a million years did he think that something like this would happen.

“I scrambled out of the cart immediately. The sight of my son lying there, with half the cart and all the 50kg sacks of corn lying on top of him... it will stay burned into my memory for the rest of my life. But the worst part was him screaming for help! It took all my strength to lift everything off of him. By the time I was able to pull him out, his screams had turned into whimpers and he was struggling to keep his eyes open. I was terrified my son was going to die in my arms!” 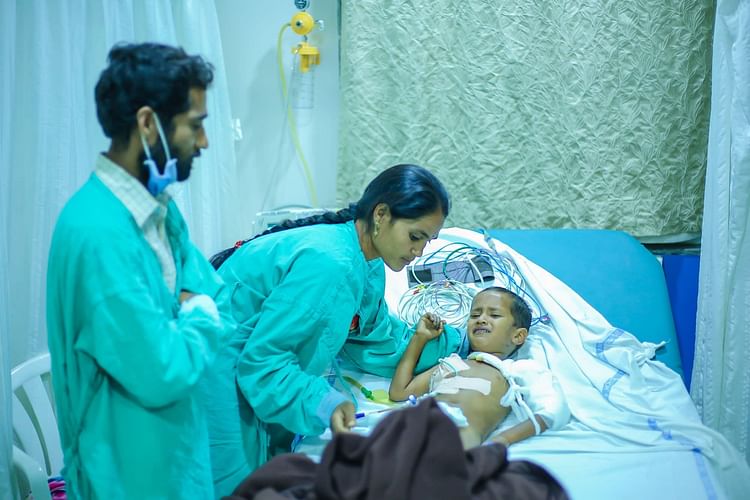 A passing stranger helped save the little one’s life

“By some grace of god, right at that exact moment, a stranger was riding past on his motorcycle. He gave us a ride to the nearest hospital, which still took 3 hours. But the hospital refused to treat him, saying his injuries were too severe, and asked us to take him to Hyderabad instead, 2 hours away! By the time we reached there, Praneeth was pretty much unconscious. He was rushed into the ICU and has stayed there ever since. His arm was fractured, his ribs, even his lungs were collapsed! It’s a miracle he even reached the hospital without... without...” — Sangu, unable to continue 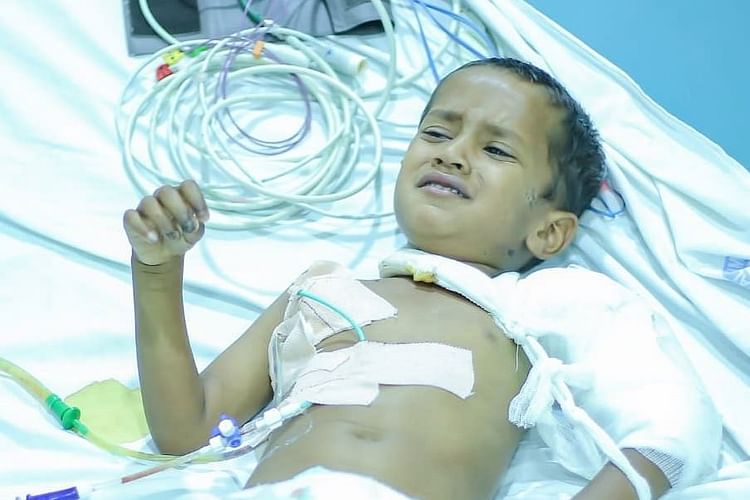 Little Praneeth is in a world of pain

Over the past few 2 weeks, little Praneeth has already undergone 3 surgeries. He’s in terrible pain all the time, and begs his parents to make things better, to take his pain away. He doesn’t understand that they simply can’t afford his treatment; they haven’t even been able to pay all the hospital bills generated so far. He needs to stay in the ICU for another 2 to 3 weeks, and maybe get further surgeries as well. All this will cost at least 9 lakhs, maybe more. 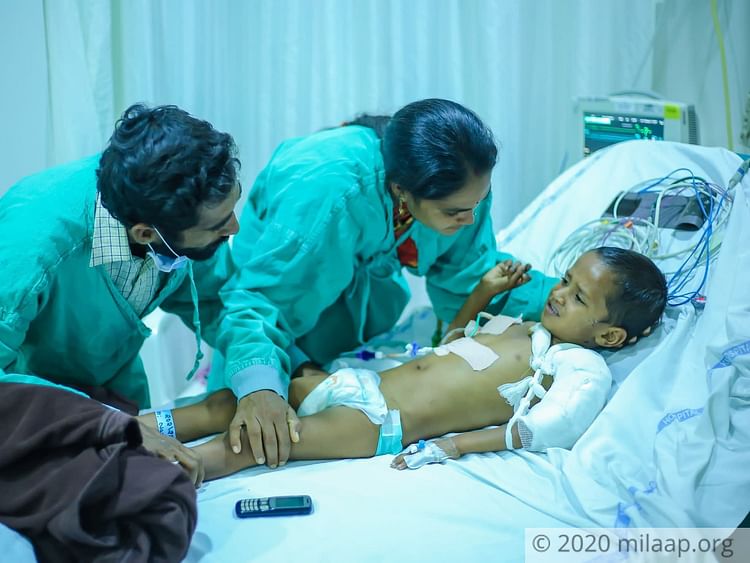 You are his only hope now

“He used to be such a naughty child. His laughter was something that rarely ever stopped, such a beautiful sound. But now... He’s depending on me, and I keep promising him that everything will be okay but the truth is I can’t save him! Doctors are saying he’s running out of time, but I just can’t afford his treatment. Please, you’re his only hope. Think of him as your own son, or littler brother, and help him as much as you can.”