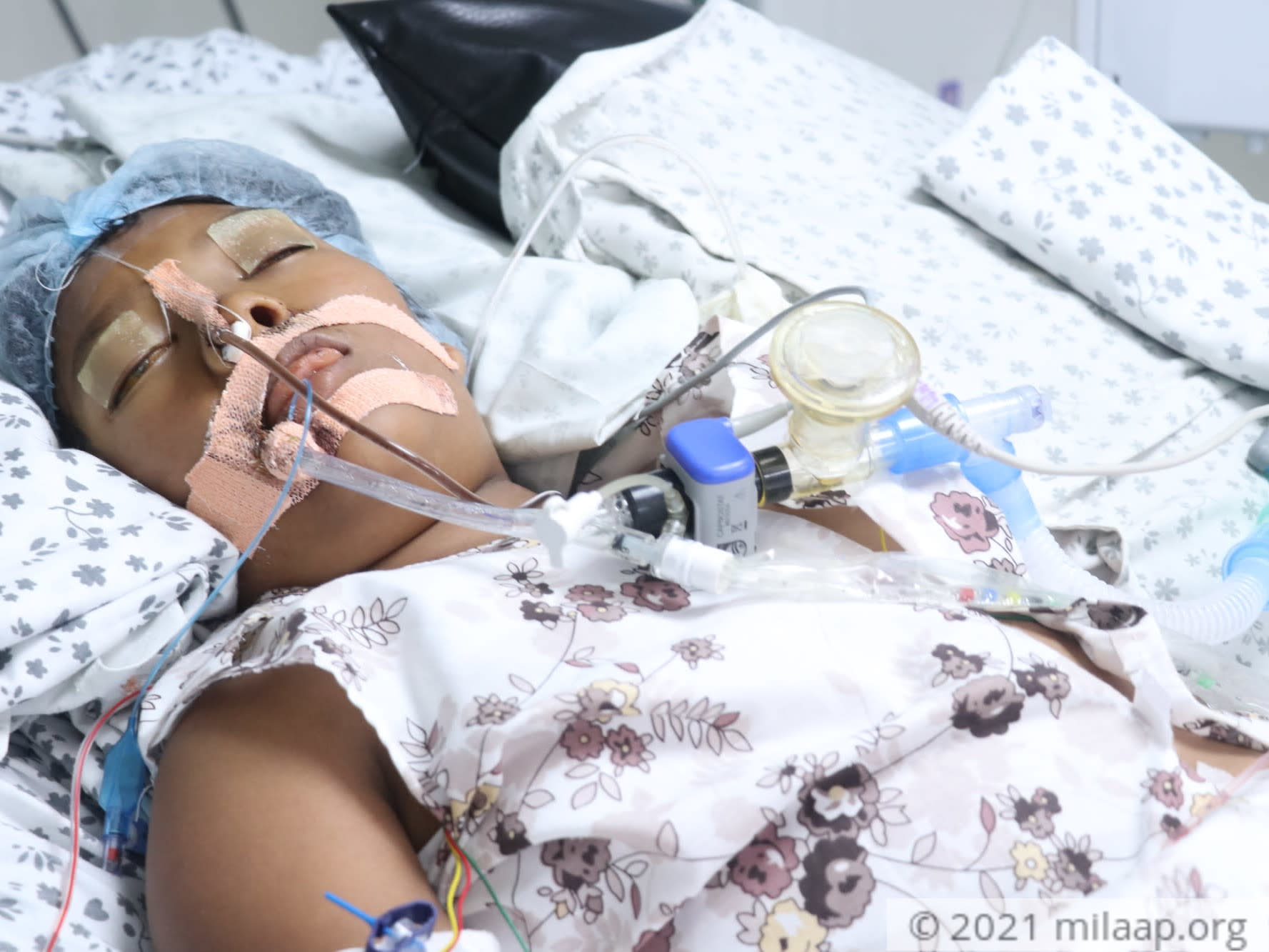 Share
“It’s been almost a week since I brought my unconscious child to the hospital, and she hasn’t opened her eyes yet. Her condition is very critical and the fear that I might not return home with her is killing me. Her mother is desperately waiting for us to return and I constantly lie to her on the phone, saying that everything is fine... It is not fine at all! My daughter’s life is in danger!”
- Ramesh, father

Rushed to a hospital in an ambulance, she was admitted in the ICU straight away

On September 30, little Pranavi suffered from a fever that refused to subside, and got so severe that it left the child on the brink of unconsciousness. Ramesh rushed her to a bigger hospital in an ambukance and the 1.5-hour journey was no less than hell for this father, who was unaware of what was happening to his child. She was immediately brought into the ICU and diagnosed with Dengue.

While Ramesh had to rush to the city, Usha, his wife, and Pranavi's mother, had to remain at home as she had just given birth to a baby, merely 20 days ago. As the days pass, she is growing more and more restless, not knowing that her child is fighting a battle between life and death.

“When I heard it was dengue I hoped she would recover quickly. I did all I could to manage the situation - arranging for platelets and money… but I never thought that this illness would damage my child’s organs and that too so rapidly. One week and my child is suffering from multiple complications.” - Ramesh

Pranavi suffers from acute liver failure and Disseminated Intravascular Coagulation (DIC), where abnormal clumps of thickened blood (clots) have formed inside her blood vessels and used up the blood's clotting factors. This can lead to massive bleeding in other places.  The little girl is also under dialysis and on mechanical ventilation among other things, and needs continued treatment to survive.

“I have a small automobile spare parts shop and I earn about 20,000 rupees a month. It was more than enough for us to manage our expenses but now, it is not even enough to bear the cost for my child’s daily medication. I have sold all the valuable in the house, mortgaged my land and now, I am left with nothing. I don’t know what to do or where to go. I am scared to lose my daughter.”