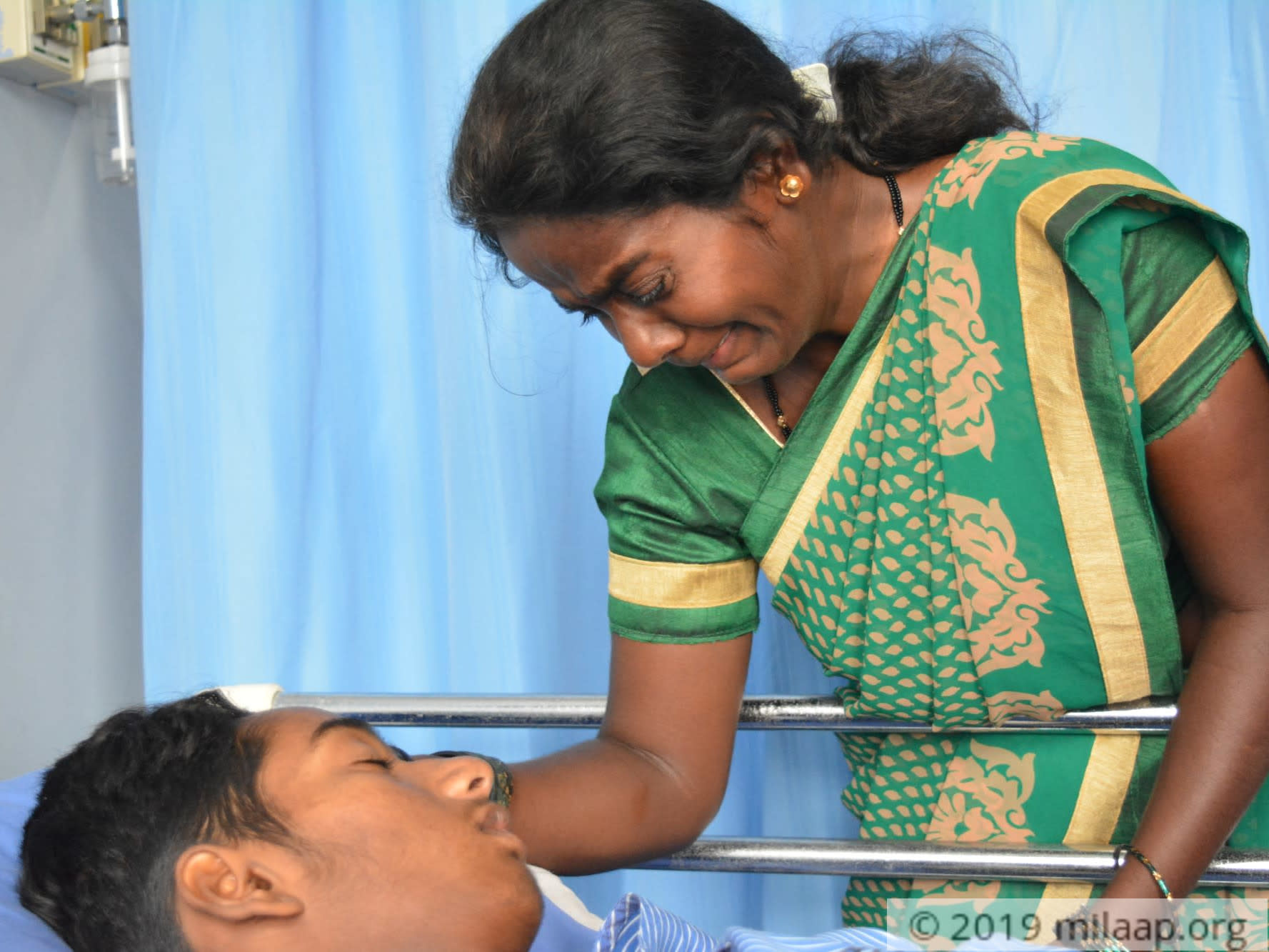 “My son is very ambitious. This academic year was very important to him as he was preparing for his SSLC board exams. But now, he is crying in the hospital asking us to take him back home. He says he cannot afford to miss even a day of school. He doesn’t know yet that he has blood cancer and that this will be his life for the next few months. Or worse…that this disease can take his life in the next few months.” – Gangamma, mother

Pavan is just 15. His parents are trying their best to keep him from finding out that he has cancer. Pavan thinks it's nothing serious.
“It’s just a fever, I’m alright! I want to go back to school and get good marks in my exams. My parents are worried unnecessarily,” Pavan says. He doesn’t know that he can die without treatment.

They can't afford the only thing that can save him - chemotherapy

Pavan is Gangamma and Hanumanta’s eldest son. Hanumanta works as a dispatcher in a private company in Bangalore and Gangamma is a daily wager. The family’s financial condition has worsened in the last 15 days since they had to take their son from one hospital to another because of his relentless fever and body ache. They have already spent 3 lakhs on his tests and treatment, they need 10 lakhs more for his chemotherapy – the only thing that can save him. But they just can’t afford it.

They have been to the hospital so many times in the past few weeks, Pavan has been poked with needles so many times, but it never gets easier for Gangamma to watch him go through this pain. She breaks down uncontrollably every time they are in the hospital. The thought of losing her son never leaves her.

Even if I save money for 5 years, I can't afford the treatment. My son doesn't have much time.

“We are just a middle-class family and how can we even afford so much money. I have already spent my 10 years’ savings plus my company’s insurance amount in just a week. Even if I collect my salary for the next 5 years, I cannot come up with 10 Lakh Rupees. How can I save my son now? I have a daughter too to think about. Can a father’s state get more miserable than this?” – Hanumanta, Father

Pavan has been diagnosed with Acute Lymphoblastic Leukemia, a type of blood cancer. He needs to undergo intensive chemotherapy for the next 6-7 months.

With timely treatment, Pavan has a good chance of recovery. With your help and contributions, this teenager’s life can be saved.