This Boy Is Inches Away From Defeating Dengue, But He Needs Your Help Now | Milaap

This Boy Is Inches Away From Defeating Dengue, But He Needs Your Help Now 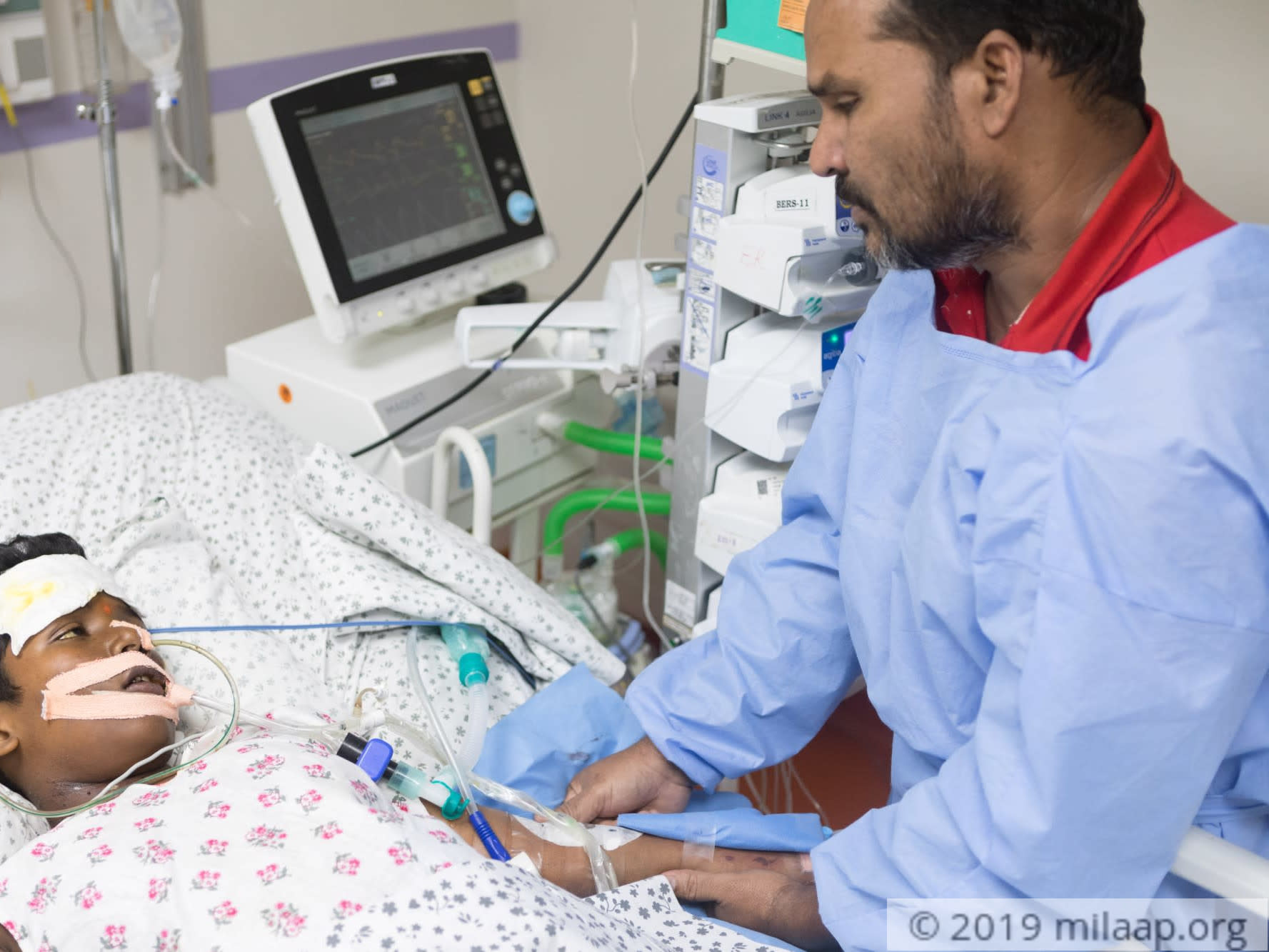 Share
“When he used to come back from school, he used to run outside to ride his bike. He was full of energy and always kept me on my toes with his mischief. It’s been more than 15 days now, and my child hasn’t spoken a word... he's just lying there, unable to move.” - Nagamani, mother

Your child has 50-50 chances of getting better again

Nekethan was admitted with end-stage dengue when his platelets were down at 40,000 instead of 1,75,000. The infection had reached his kidneys and liver. His stomach started to swell and his eyes turned yellow. All of this happened so quick that the parents couldn’t understand and are still in shock.

“We called an ambulance and but by then, my son was so weak that he was not even conscious anymore. When we reached the hospital, the doctors told us that there are only 50-50 chances of him getting any better…” - Venkatesh, father

100kms to cover and no time to waste

“We were so scared that we will lose him before we even get to the hospital. Our town is 100kms far from here but God saved him and he is getting better. His platelets are increasing and his infection is reducing too. A couple of days more and we can take him home but funds? What will I do, I don’t know…” - Venkatesh

There has been a lot of improvement in Nekethan’s condition but without the continued medical support, he won’t be able to make it. Venkatesh has exhausted all he had and is struggling to save his son.

Venkatesh runs a small eatery in his town. Whatever he saved, he has spent it, whatever investments he made for children’s future, he has pulled them out. He did everything possible to save his little son but it is not enough.

“13 lakhs! I put everything I had to save my son and now that he is recovering, I am unable to afford it anymore. I don’t want him to suffer anymore.” - Venkatesh

“These last 2 weeks have been very difficult for us. Nekethan wouldn’t respond when we called him or even open his eyes. And when he opened his eyes he would just stare blankly at the wall and become unconscious again. Now my little boy is getting better and I don’t want to see him like that ever again. Please do something…” - Nagamani

His elder brother (13) misses him a lot and is waiting for him to return home. But little Nekethan will never be able to make it without your help. Your generous contribution can save this little boy's life.
PS
people is 10 years 15 days old, living in Hyderabad, Telangana
RC
Being treated by Dr. Farhan Sheikh in Rainbow Children's Hospital, Hyderabad, Telangana