5-Year-Old With Severe Blood Disorder Needs Urgent Transplant To End His Misery | Milaap
Receive tax benefits by donating to this cause. 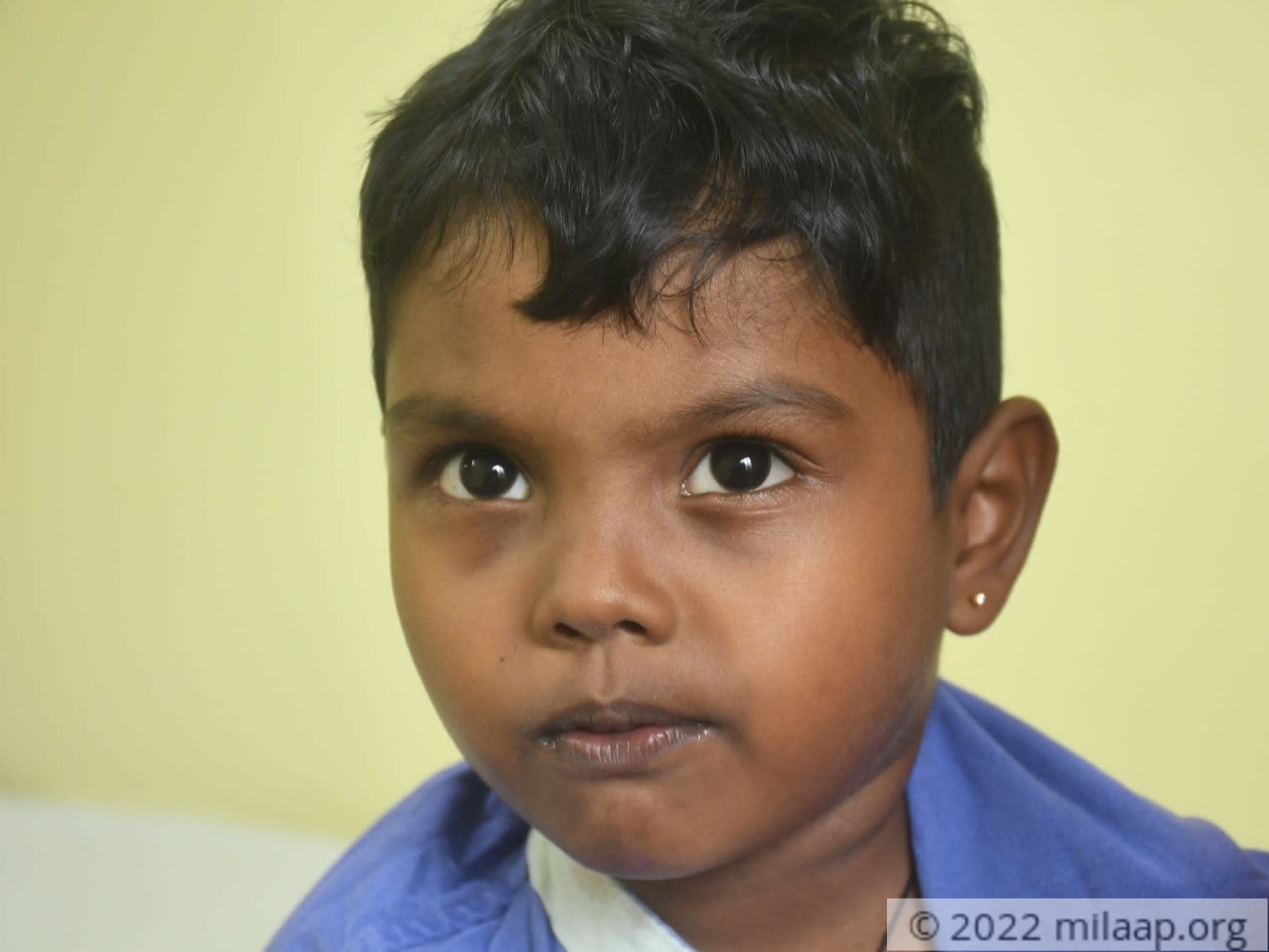 “He knows everything. He was smart enough to understand it all from our conversations and we never had to explain it to him. Now, he tells his teachers and friends in school that he’s very sick, that we need a lot of money for his treatment or he could die. It breaks my heart. He’s just an innocent child, who doesn’t even know how the world works. Why does he have to suffer like this?” - Sujatha, mother

Niroop was only 2 years old when he was diagnosed with transfusion-dependent thalassemia, a blood disorder involving lower-than-normal amounts of hemoglobin. It is the most severe form of thalassemia and requires life-long regular blood transfusions to stabilize hemoglobin levels.

“We’d taken him to a hospital because he couldn’t stop vomiting, and came back with a diagnosis that shook us to the core. Deep down, seeing that he was in the ICU and struggling to even keep his eyes open, I feared it was something serious. But, never did I imagine that we’d be in a situation where we’d be running back and forth, between our home and the hospital, just so my son can live to see another day.” - Laxmi Narayan, father

He has survived on blood transfusions thus far, but it is not enough to save him

Following his diagnosis in 2018, Niroop found himself back in the hospital, hooked to a contraption that would supply blood to his body. It became a monthly affair that has continued to this day, as his parents were told that his condition had no cure, and only regular blood transfusions could keep him alive. However, this treatment is no longer a safe option for him.

“It’s been 3 years since he’s been getting regular blood transfusions. This condition has robbed him of a childhood, and even stunted his growth. He is about to turn 6 in a few months, but he looks no older than 3. His height and weight is far below average. But, we are just grateful that our son is still with us. We didn't try for another child after we learned that this condition was genetic, so he is our only child. I can’t bear the thought of losing him like this.” - Sujatha

“The doctors said that it is high time that he undergoes a bone marrow transplant. These continued blood transfusions can risk causing multi-organ damage because of iron overload. He can’t keep taking these medicines for the rest of his life, either. But a bone marrow transplant will eliminate any immediate threat to his life…” - Laxmi Narayan

He needs a bone marrow transplant, but it is out of his parents’ reach

Laxmi Narayan is a coolie, while Sujatha works part-time processing cashew nuts. Both their income combined is so meagre that it is exhausted in just meeting their daily needs. The little they did manage to save, has all been used up in their son’s treatment and medication. They don’t even have any family they could rely on in their time of need.

“His mother has been determined as a matched donor and the doctors have even fixed a date for the transplant. But where in the world will I get 12 lakh rupees for this procedure, when I earn only 8,000 rupees a month? I can no longer keep up with his regular transfusions, either. I don’t know what to do.” - Laxmi Narayan

A bone marrow transplant can be a promise of a better life for Niroop. Click here to donate.
N
Patient Niroop is 5 years old, living in Mangaluru, Karnataka
KM
Being treated in kasturba medical college, Manipal, Karnataka