He Dreamed Of Becoming A Police Officer To Fight Evil, But Now He's Fighting Death 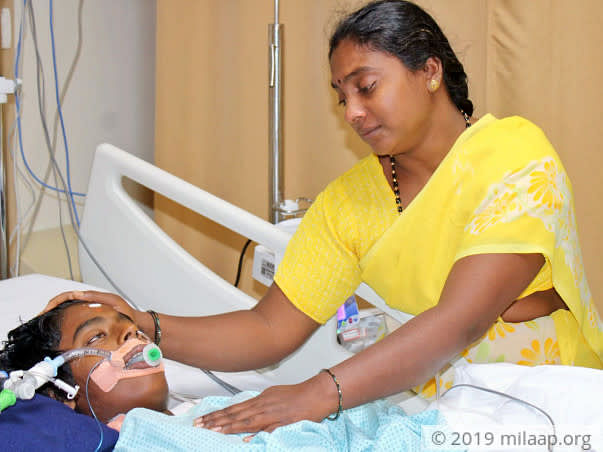 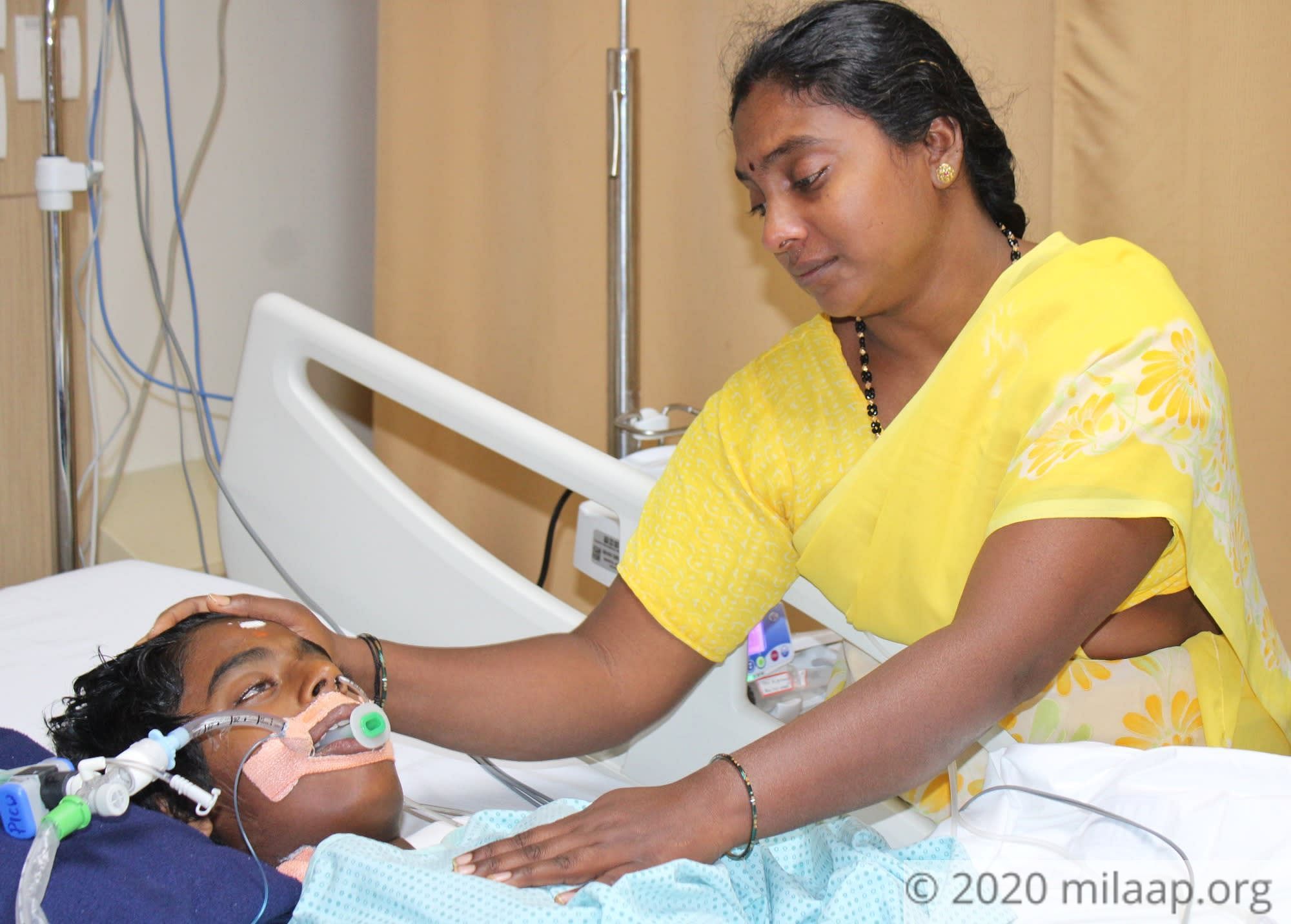 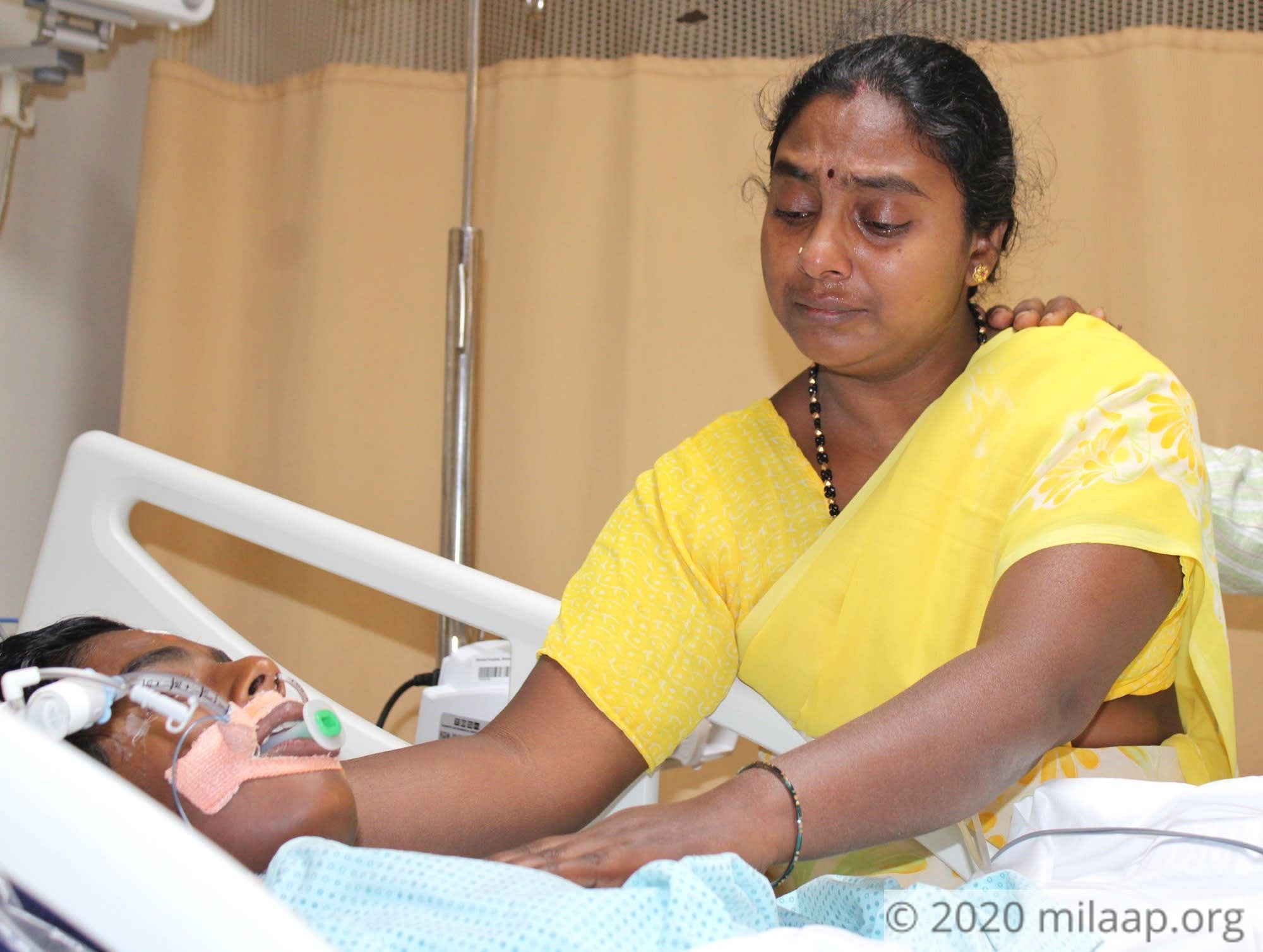 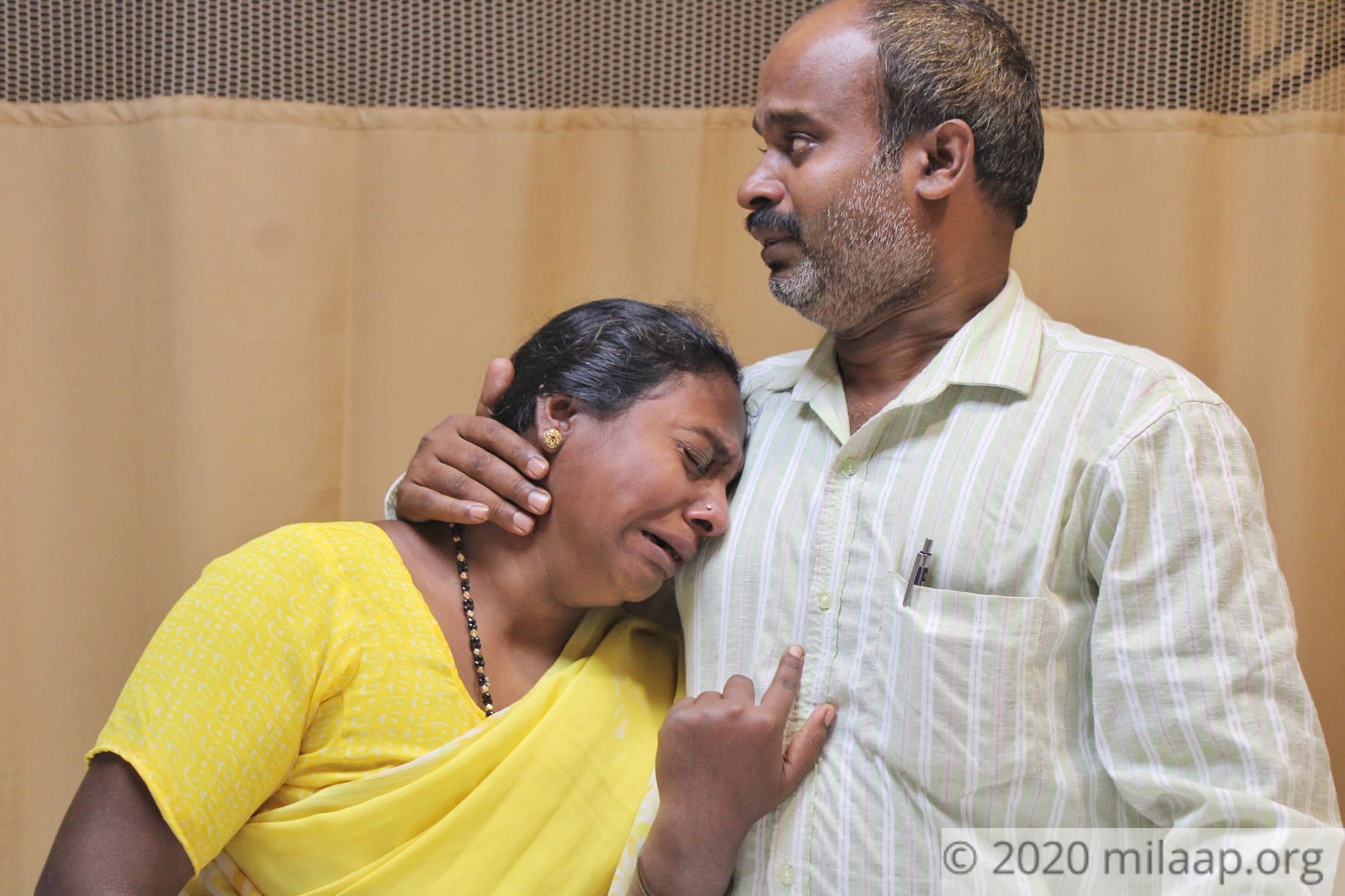 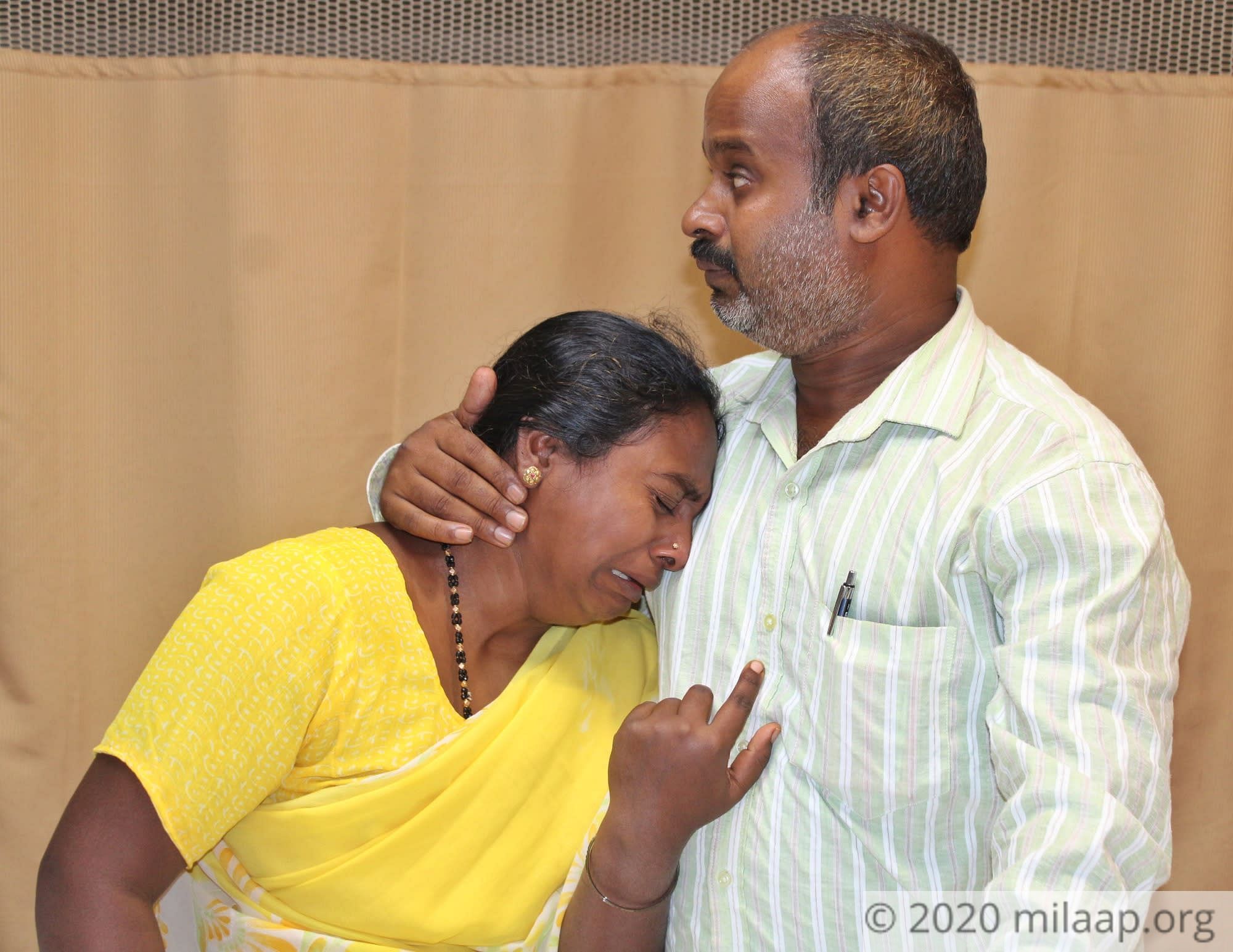 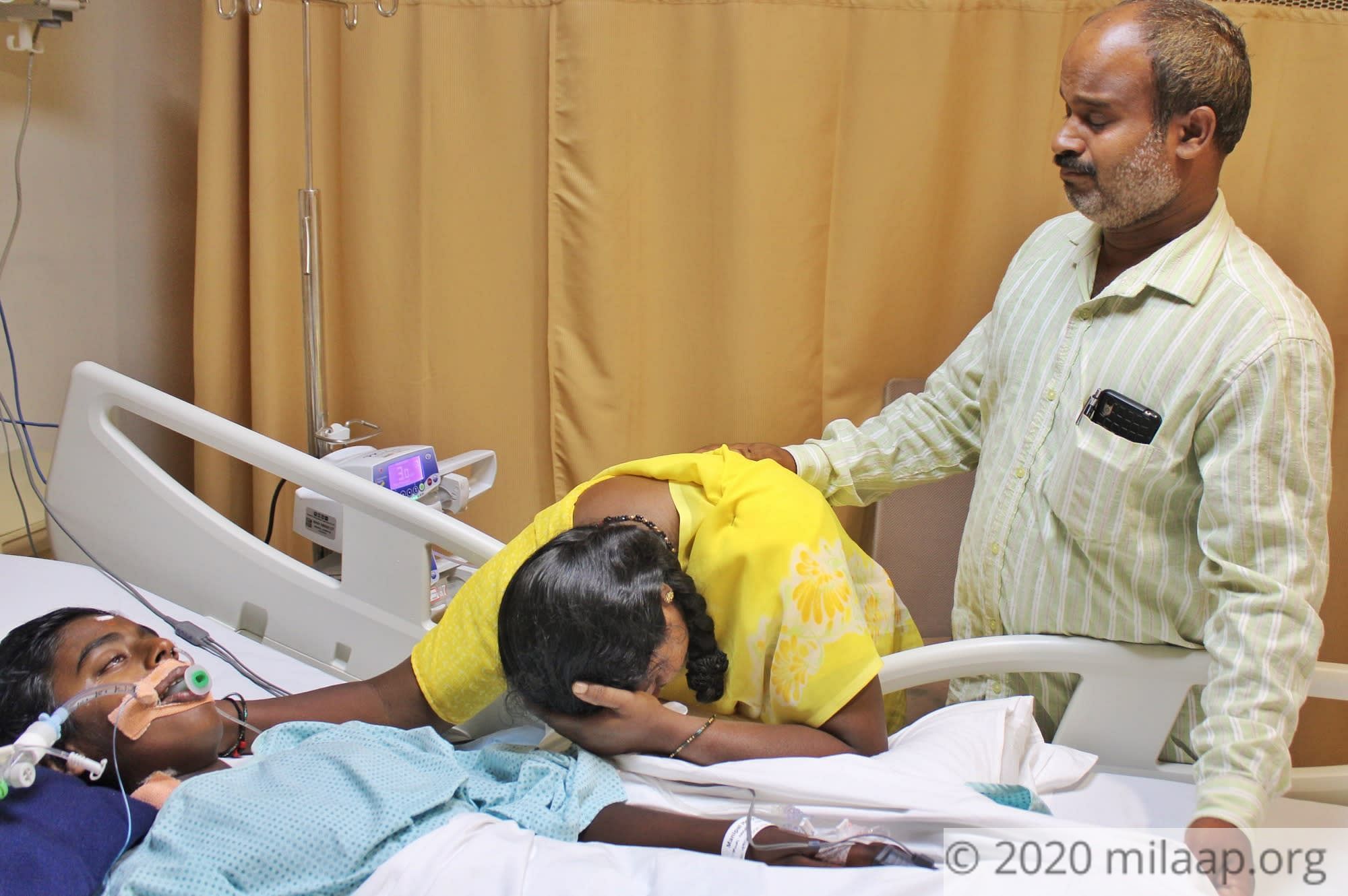 "I still don't understand what happened. There are so many machines around my son, on which his life depends. Without them, he'd be no more? I am afraid! How did he get so sick?" - Dhanalakshmi, mother.

There’s a house in a village called Seegehalli, with an asbestos sheet for a ceiling and layers of cow dung for a floor. There’s no gas stove, a TV nor any electronic appliances. A family of 5 lives there. Every morning, Dhanalakshmi cooks lunch for her sons and her husband, on a kerosene stove. Later, Manjunath leaves for work and the boys leave for school. Although financially poor, they led a worry-free life. But today, their son Nandakumar is battling death and the family is struggling to save him.

One night, Nandakumar realized his stomach could no longer take in any food

Two weeks ago, 14-year-old Nandakumar vomited all that he had eaten for dinner. Along with bouts of vomiting, he also suffered from diarrhoea. The following day, his vomiting persisted and had worsened. Even drinking water led to vomiting. Afraid, the parents took him to a clinic and soon, his stomach was back to normal. But a new issue had cropped up.

We began to wonder if we would lose him just like this, in the middle of shuttling between hospitals

“He complained of a throat ache. He couldn’t swallow food. He couldn’t drink even water. We took him to the clinic again and they said his mouth and throat were lined with ulcers. When the ulcers began to heal. But not later, his breathing got hoarse. They said he had wheezing. There were more of the tests, and the doctors concluded his kidneys would fail without immediate dialysis. We thought we’d get him admitted there, but the hospital did not have paediatric surgeons. Another hospital had no beds available! Was no one going to save him?” – Manjunath, father.

Just when his kidney got better, he was diagnosed with a severe case of Pneumonia

Finally admitted in a hospital, Nandakumar underwent two cycles of dialysis and his kidneys began to function normally. But his wheezing increased and the doctors suggested a CT scan which revealed his lungs were severely infected. Nanda was fighting a severe case of pneumonia.

With a prolonged stay in the ICU, Nanda has a good chance of survival

Currently, Nanda is being treated in the ICU and is on ventilator support. To recover from this, Nanda needs a few more weeks of treatment. Without the supportive care he’s receiving, the chances of him surviving is close to none.


"It has been 15 days since I left home. My sons are home all alone, and my husband is struggling for funds. The first few days, he would ask me to take him back home. But now it has been days since he has even spoken. If we say something, he just moves his hands a bit to let us know he heard us. That’s it.” – Dhanalakshmi.

“Every time she sees him, she has just one question. 'How did this happen?' She looks at him and cries, asking the same question over and over again! I want to be there with her, but we need money to save him!" - Manjunath

The treatment costs Rs. 15 lakhs, and the parents are in misery

Manjunath has worked as a bill collector at the Panchayat office for 13 years now. While choosing the crooked path would have fetched him more income from this job, Manjunath continues to work with honour, for no more than Rs.9000 a month. They are struggling to save their son and are in desperate need of funds.

"It's been days since he went for work. After he checks on Nanda in the morning, he heads out. He spends the whole day trying to arrange funds. He comes home looking traumatized!" - Dhanalakshmi

“He wanted to become a police officer and fight all things bad. Now we don’t even know if he’ll ever come home. Till now, I have borrowed 6 lakhs from friends, family and even strangers. I don’t know how I will ever repay them. But if I’m not able to save my son, what’s the point?” – Manjunath. 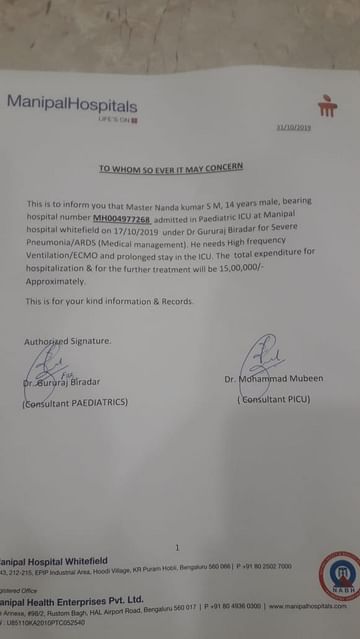