Their Only Daughter Is Dying In Front Of Their Eyes, And | Milaap

Their Only Daughter Is Dying In Front Of Their Eyes, And They're Helpless 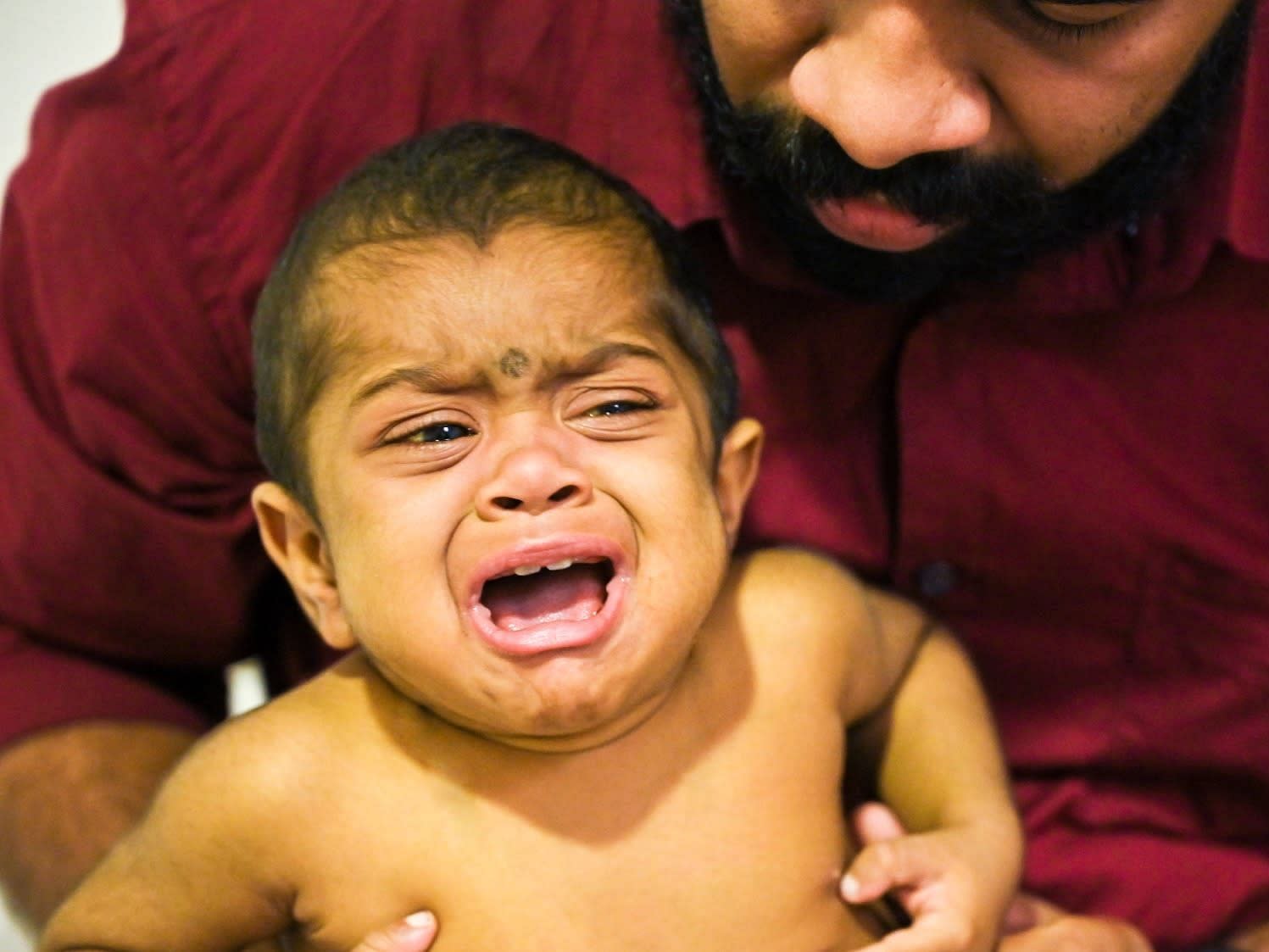 "Not only is our baby’s disease killing her, it’s making her suffer so horribly. She can never lie still, cries continuously when she’s awake and sometimes in her sleep too. It’s because her stomach is swollen so much it could burst, and her whole body, every inch of her skin, itches terribly as well!
The itch has gotten so bad that sometimes we have to hold her hands tight so she doesn’t hurt herself anymore trying to scratch everywhere..." — Sujith, father 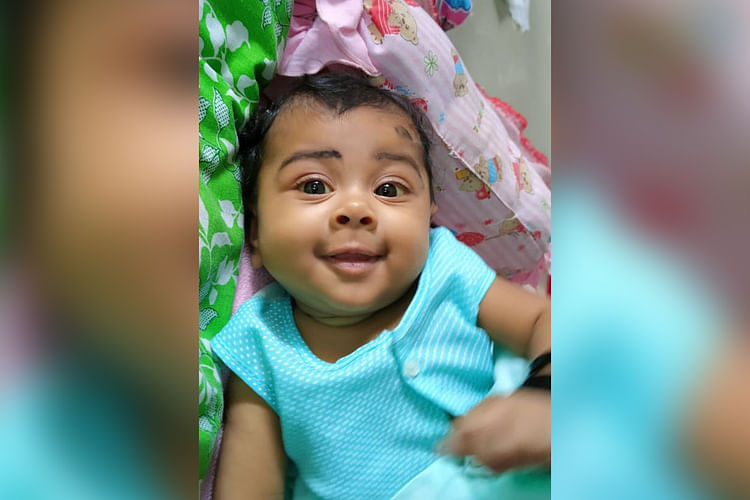 Little Nakshathra was 4 months old when her eyes started yellowing. Her parents immediately took her to a hospital, where they declared she had jaundice. But when treatment for that didn’t have any effect, further tests were done to figure out why.

“We were shocked and scared when they said we needed to hospitalize her. Apparently, from the moment she was born, my daughter’s liver had been getting more and more damaged! She had some dangerous liver disease!” — Sujith 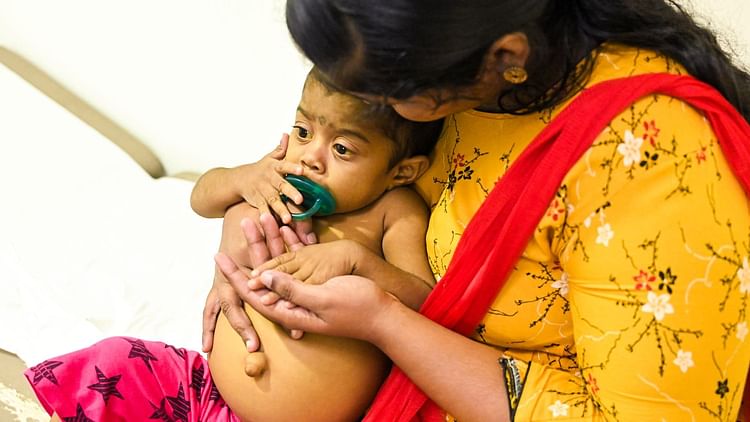 Nakshathra has liver cirrhosis, and needs an urgent transplant

Cirrhosis is the final and deadliest stage of liver disease. With more than 95% of the liver damaged, it’s only a matter of time before the little one succumbs to the disease. At this late stage, there is no way to recover from the damage. Only a liver transplant can save Nakshathra’s life, which is hanging by a thread. Severe itching all over her body, continuous fluid buildup in her stomach, uncontrollable nausea, and a ticking clock. She is running out of time, but her father has already run out of money. 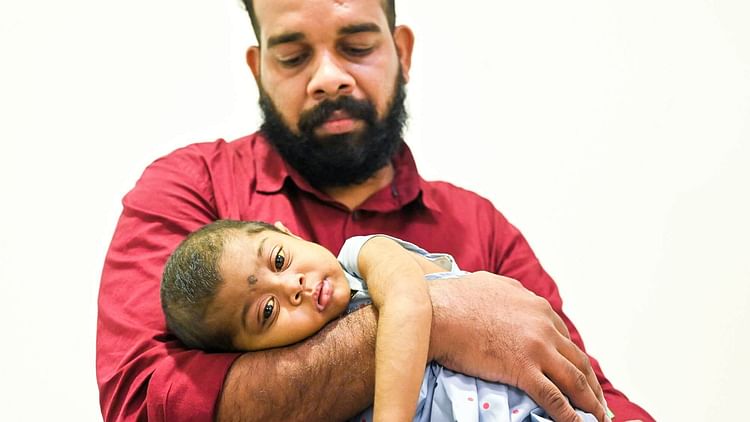 Sujith cannot afford such a procedure

“My poor baby... I just want her to stop suffering. I want her to recover and go back to smiling all the time! All the work I do as a mechanic, all the effort I put in, I do it all for one reason; the one thing that makes it all worth it — my baby's smile. If we lose that, if we lose her... what's the point of it all?” — Sujith, his eyes tearing up 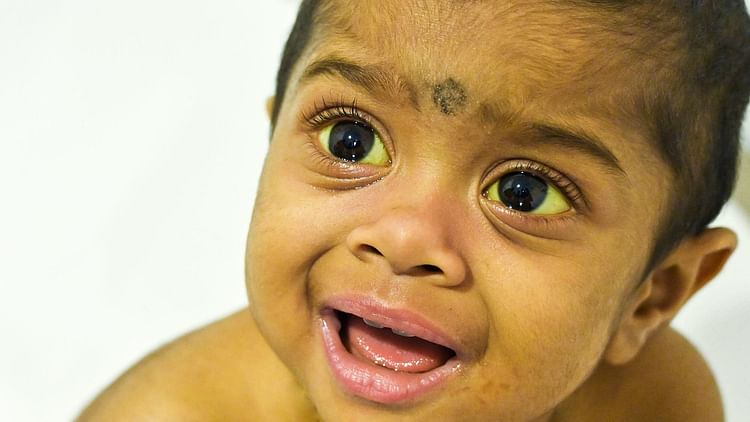 You can save her

“She’s dying in front of my eyes... and I’m unable to do anything! I’m her father, and yet I’m not able to save her life just because I’m poor...” — Sujith