This Mother Has Starved For Days, But Still Can't Afford Her Daughter's Cancer Treatment | Milaap
loans added to your basket
Total : 0
Pay Now

This Mother Has Starved For Days, But Still Can't Afford Her Daughter's Cancer Treatment 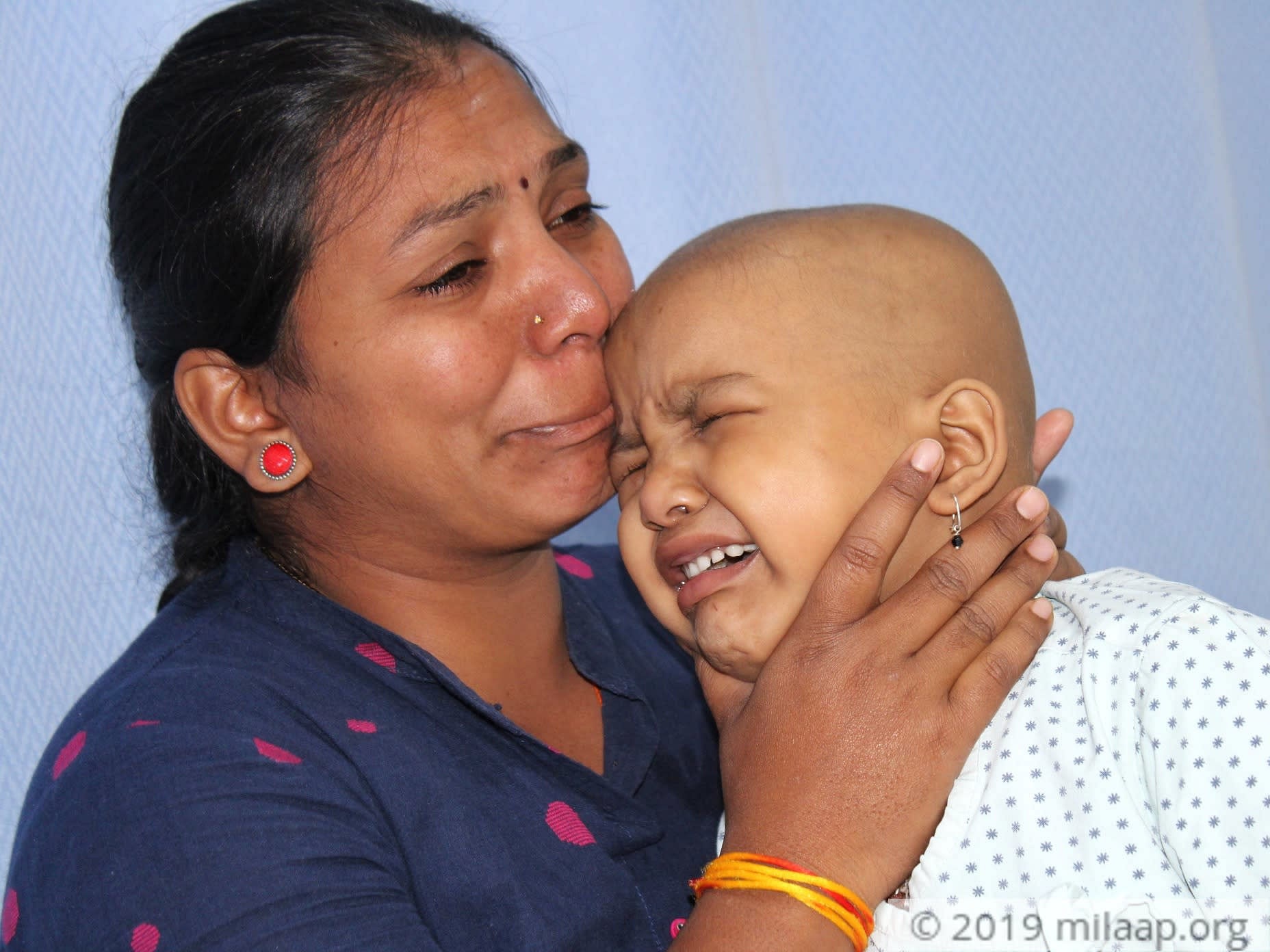 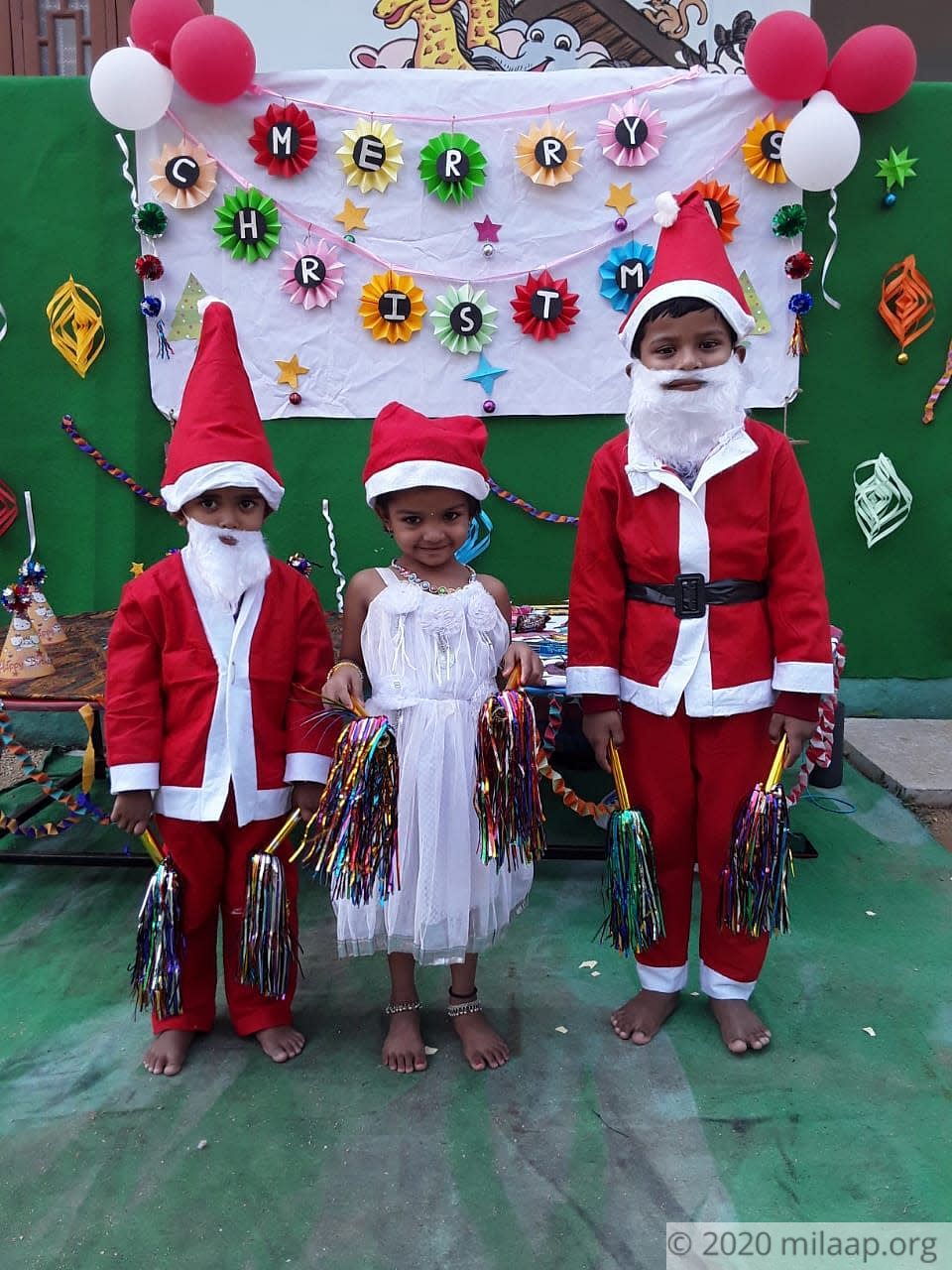 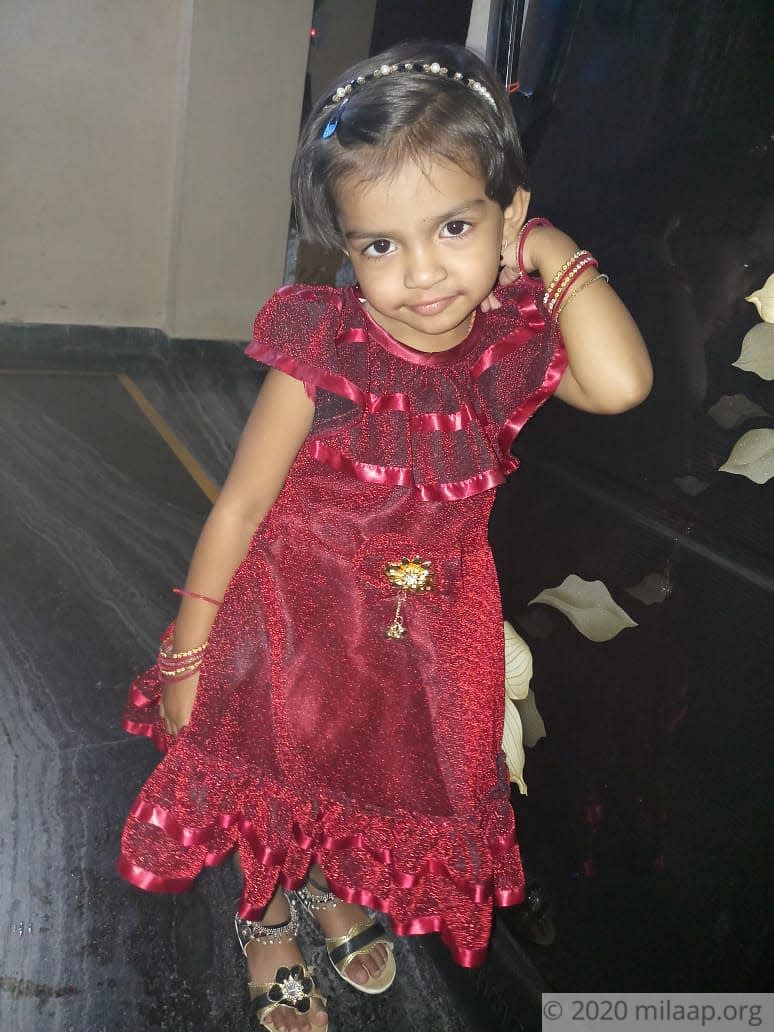 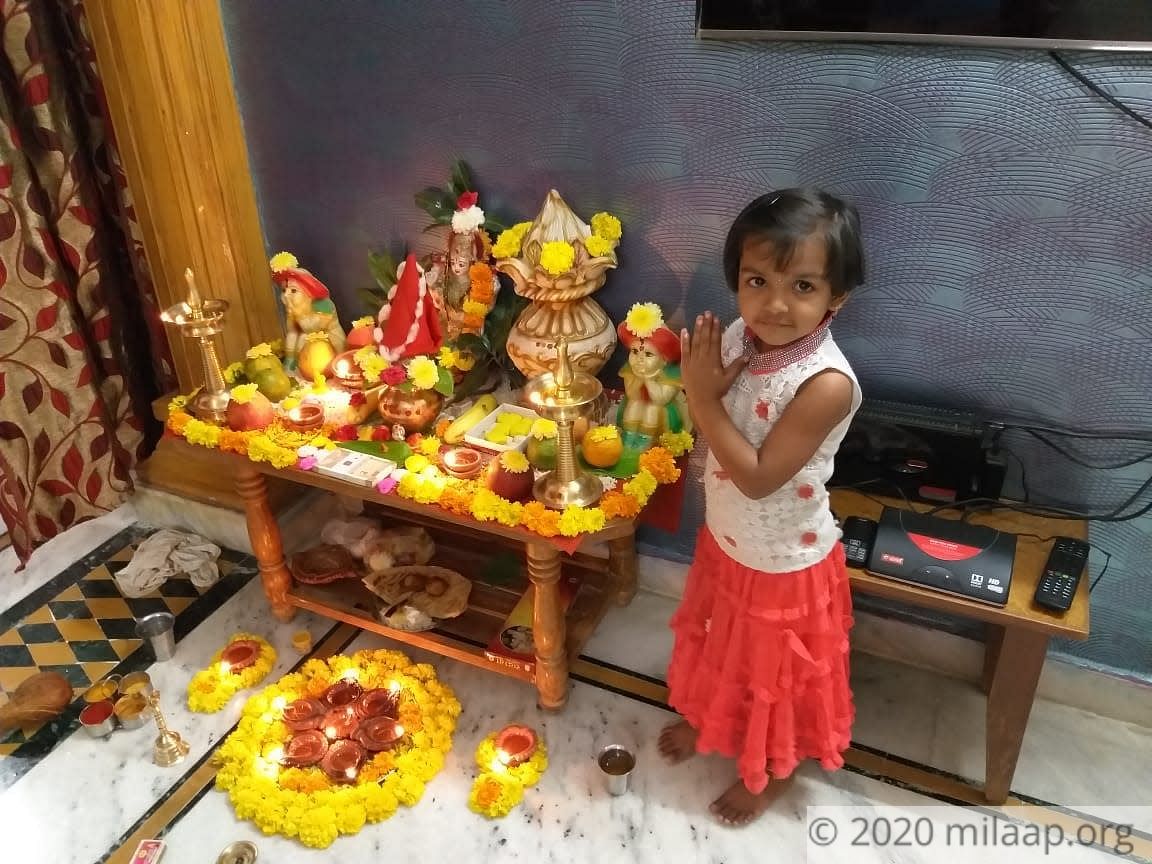 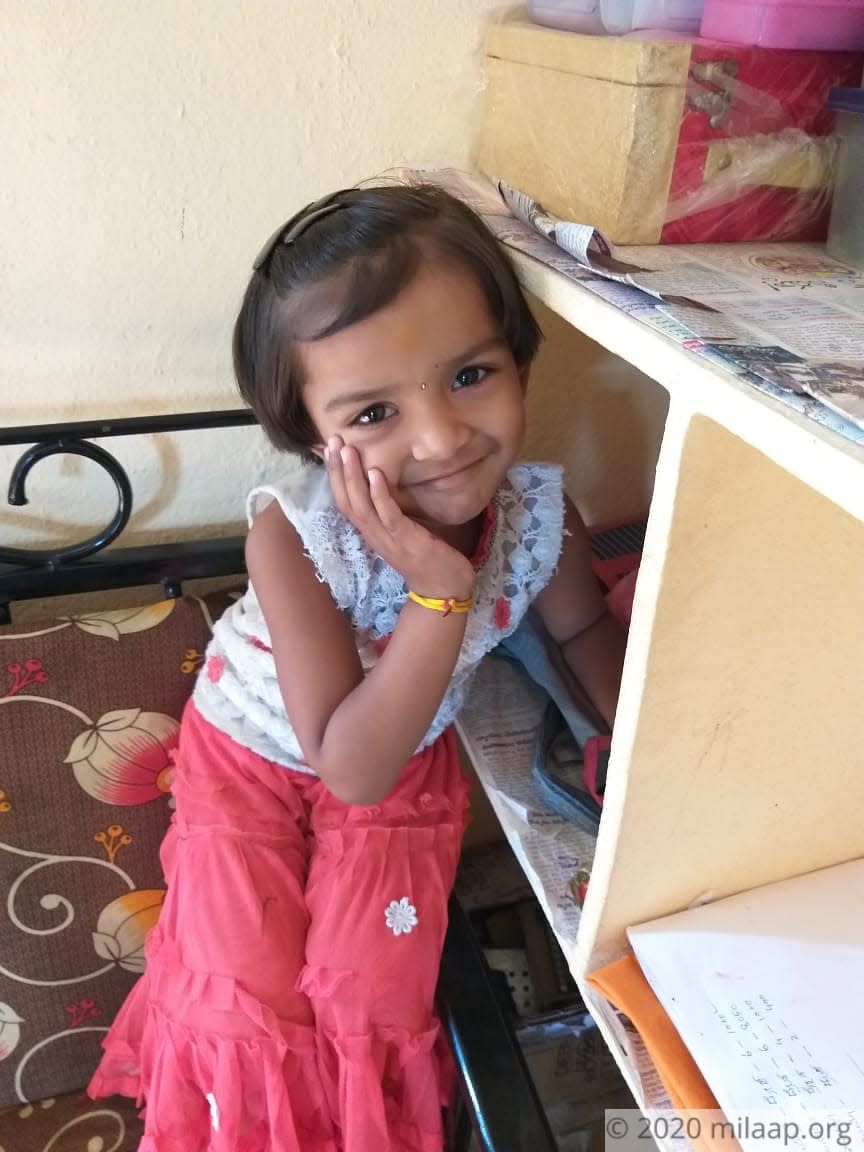 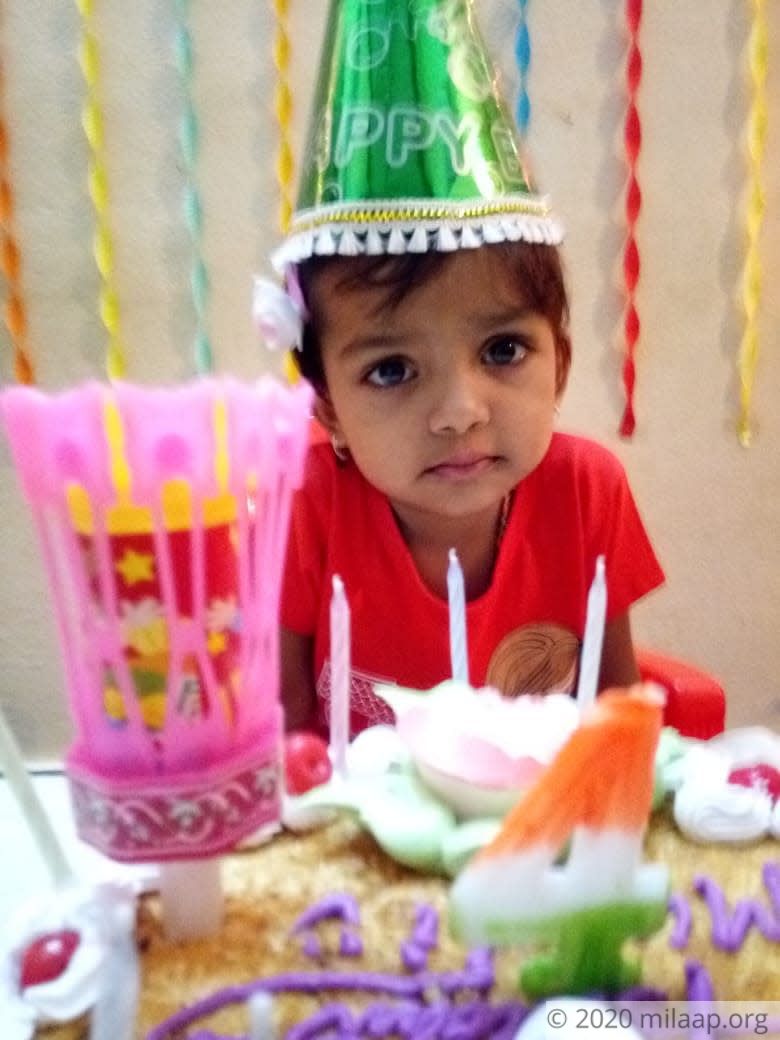 Share on facebook
Night after night, after little Mukthi’s chemotherapy, Sudha, carries her into the halls of an Ashram. Shuffling between people sleeping on the floor, she struggles to finds a spot for her to sit. Wrapping little Mukthi’s body and face with clothes, she puts her to sleep on her lap, while she herself stays up all night. It’s been months now, since Sudha has been travelling back and forth from her village, to Bengaluru. She’s struggling all by herself to save her only daughter from cancer.

“She would beg me to try different hairstyles on her and would run around to everyone, showing off her hair. It’s been weeks since she lost her last patch of hair. She keeps touching her head, and crying. She doesn’t know the bigger things that she’s lost, because of this disease…” – Sudha, mother.

They did not know what cancer was, till little Mukthi was diagnosed with it

“She was in L.K.G, and exams were going on. She came back home one day, complaining of a fever. We thought it’d go; but it never subsided. Instead, she was growing weaker. No medicines worked and we were very scared. Many weeks, and many hospital visits later, one day we were told her she was suffering from a disease that could kill her...Cancer, what was it? We had no clue.” – Sudha.

Scans and tests revealed little Mukthi has blood cancer. Having never heard of the term before, they were shocked to see their daughter’s struggles when chemotherapy began.

It's been weeks since they've seen a smile on her face, and are afraid they never will

“We’ve never seen a cancer patient before. It was horrifying for us to see our girl fighting it. Weeks have passed, and we are losing the daughter we knew. She isn’t the ever-smiling Mukthi. She is in pain. There are needles, and tubes, and a stench of medicines. She does not deserve this life! She refuses to even talk to us, we ache for her to at least scold us! She is all alone, and does not know what is happening to her… Is this it?” – Sudha.

“2 years ago, I had a baby boy. Just after he was born, he was diagnosed with heart issues, and he passed away, three days later. We haven’t yet moved on from the loss. Now, our daughter.… we can’t even think of it!” – Sudha.

Mukthi has undergone weeks of chemotherapy, and with many more months of treatment, she has a good chance of recovery. Not knowing the disease would last this long, the parents are unable to afford the rest of the treatment. The estimated cost is 8 lakh rupees, and they are struggling, so they don’t lose another child.

They sold their home, and all they had, but they still can’t afford even one meal a day

Lokesh works as a bricklayer, in his town. On days he has work, he earns Rs. 300 at most. His daughter needs him, but he can’t afford to leave his job. Having sold their house, he lives with his in-laws, struggling to make money, while Sudha travels back and forth, and takes care of Mukthi, all by herself. He yearns to see her, but his daughter's life's more important.

“Initially, we stayed in a room, thinking it would be over soon. We wanted her to be comfortable. But months later, now we are here, without a penny. Whatever money my husband sends, I spend on her food. That’s all we can afford now. It’s been days since I had proper food, but I am not fighting cancer, am I? I can be without food all my life, if it means saving my daughter's life!" - Sudha.

They aren't asking for much. They just want to save their only daughter.  With your generous contribution, little Mukthi can beat cancer! 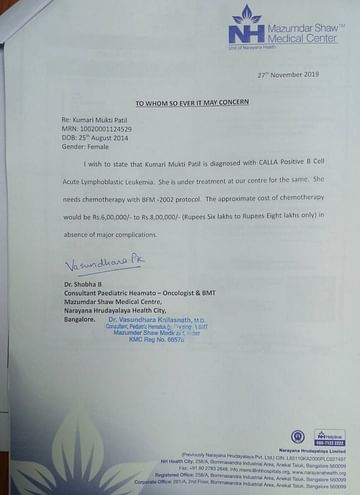