This 2-Year-Old Bravely Fought Death Once, But Now Cancer Can Kill Him | Milaap
loans added to your basket
Total : 0
Pay Now

This 2-Year-Old Bravely Fought Death Once, But Now Cancer Can Kill Him 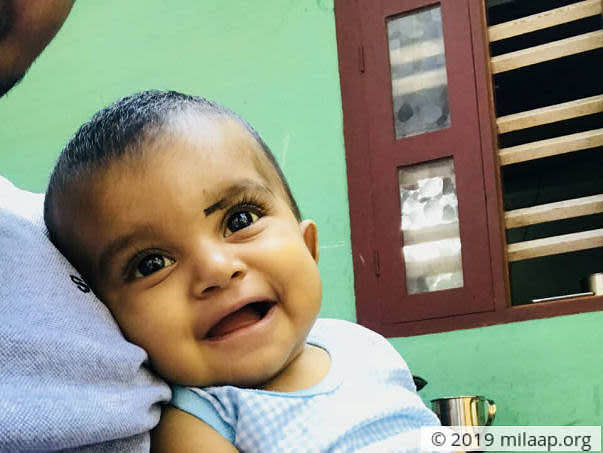 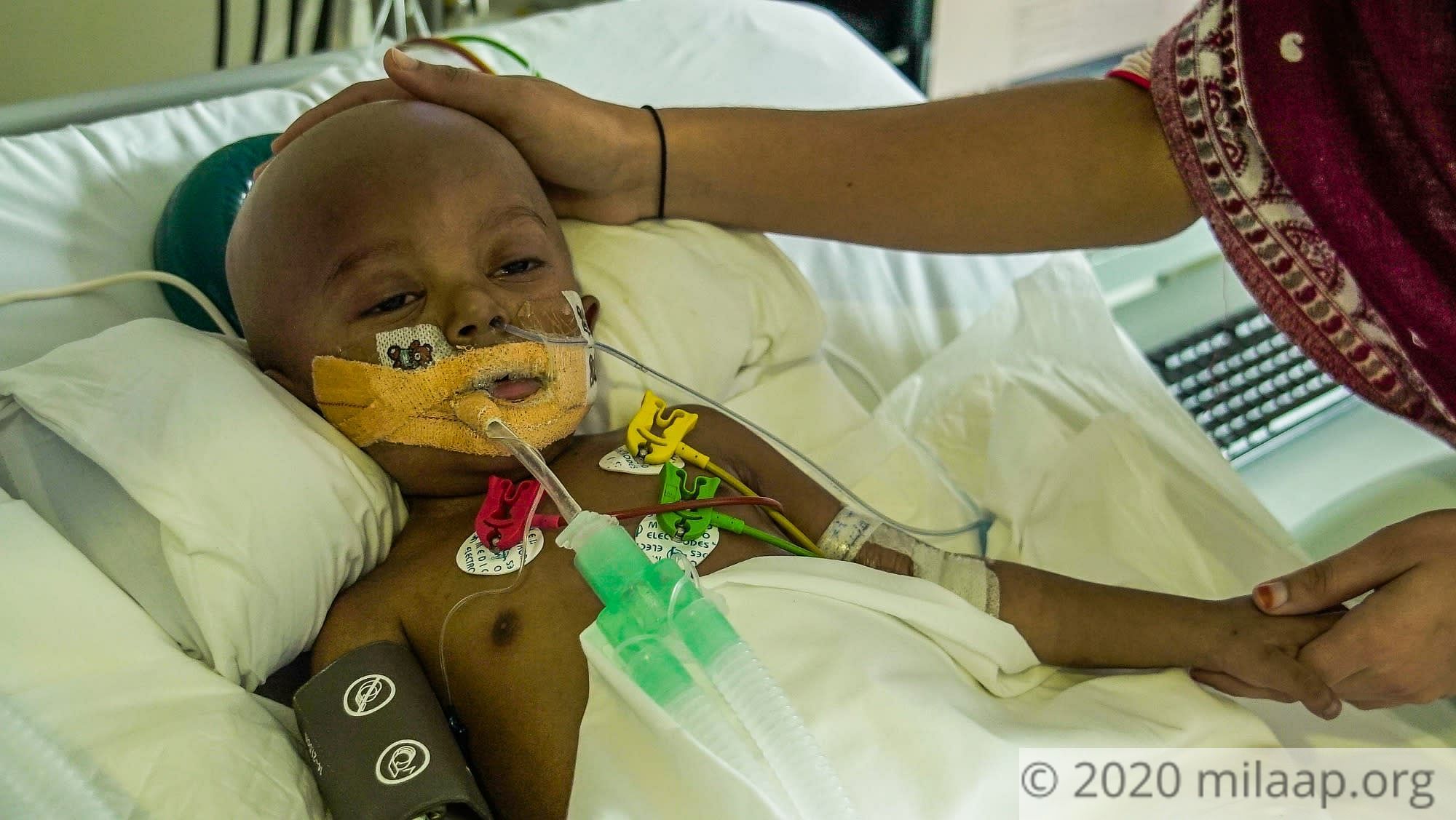 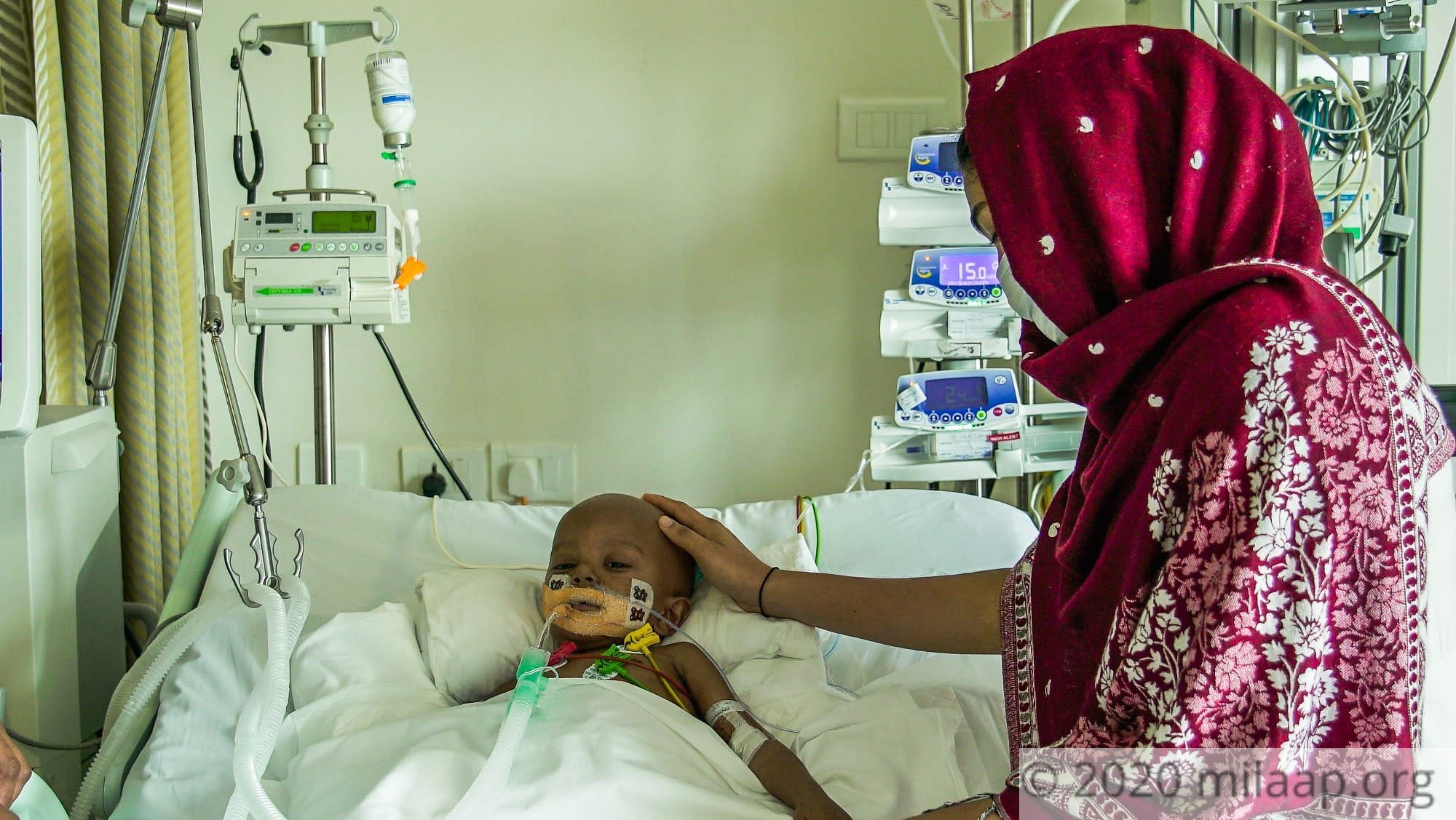 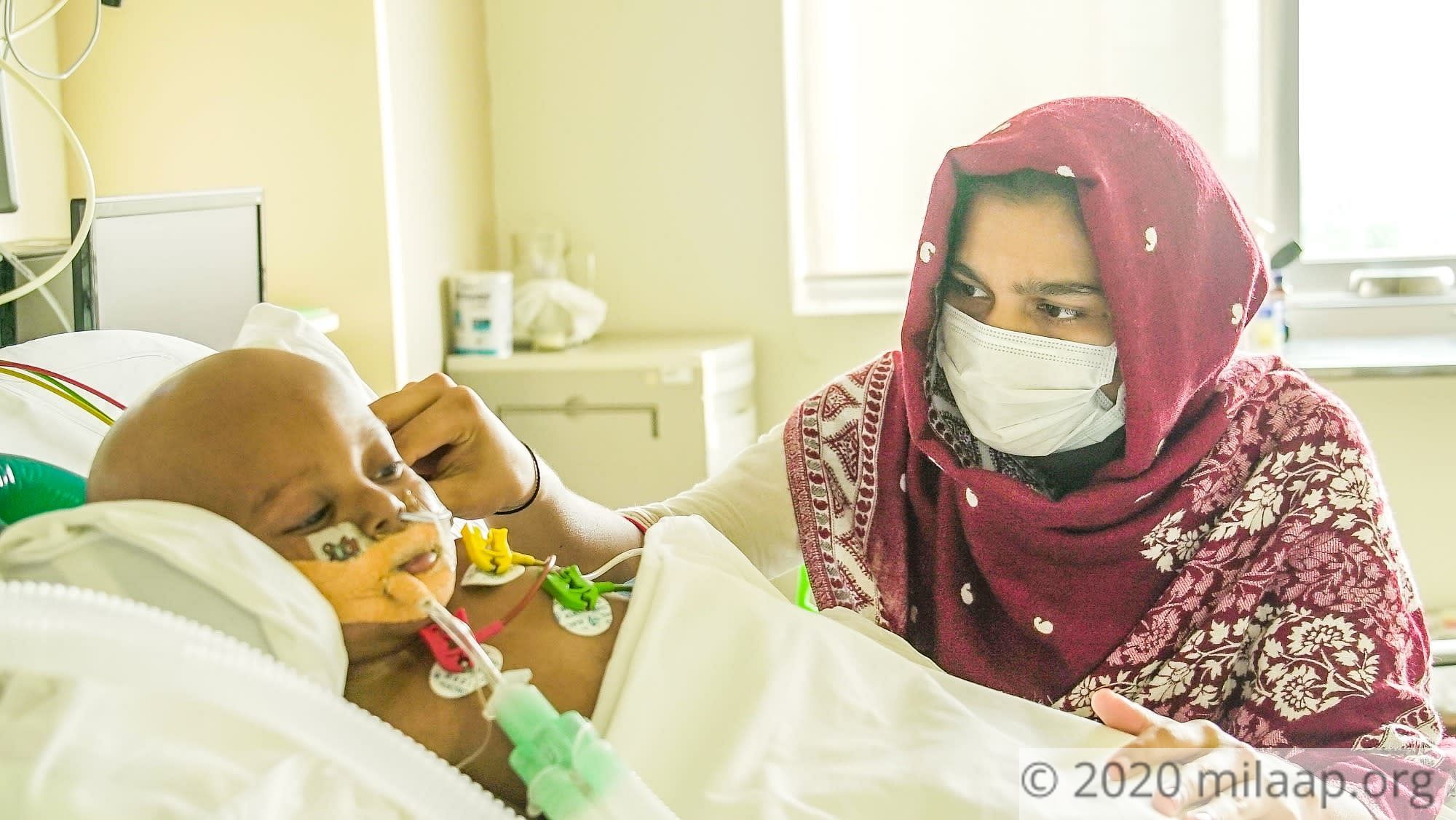 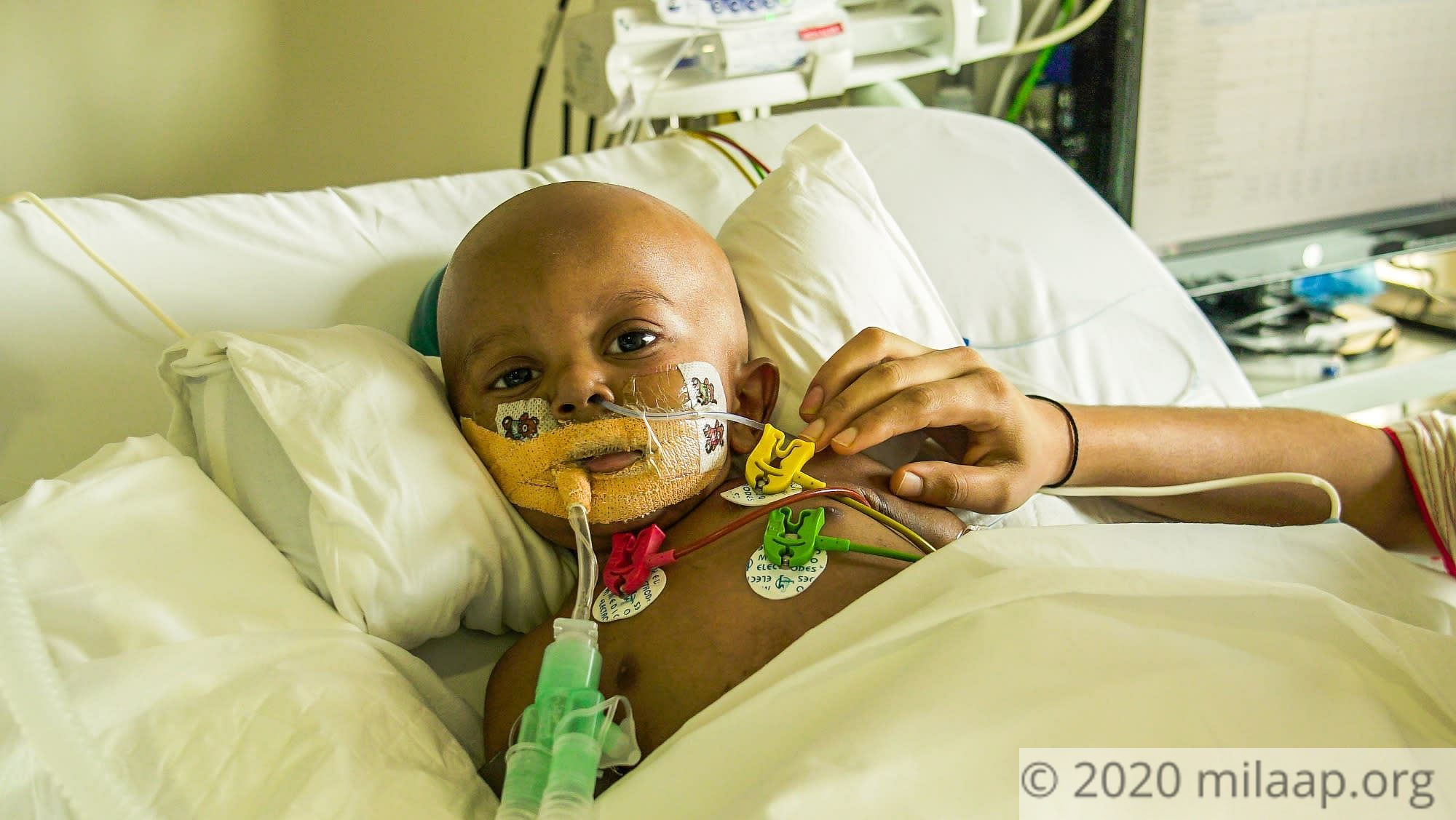 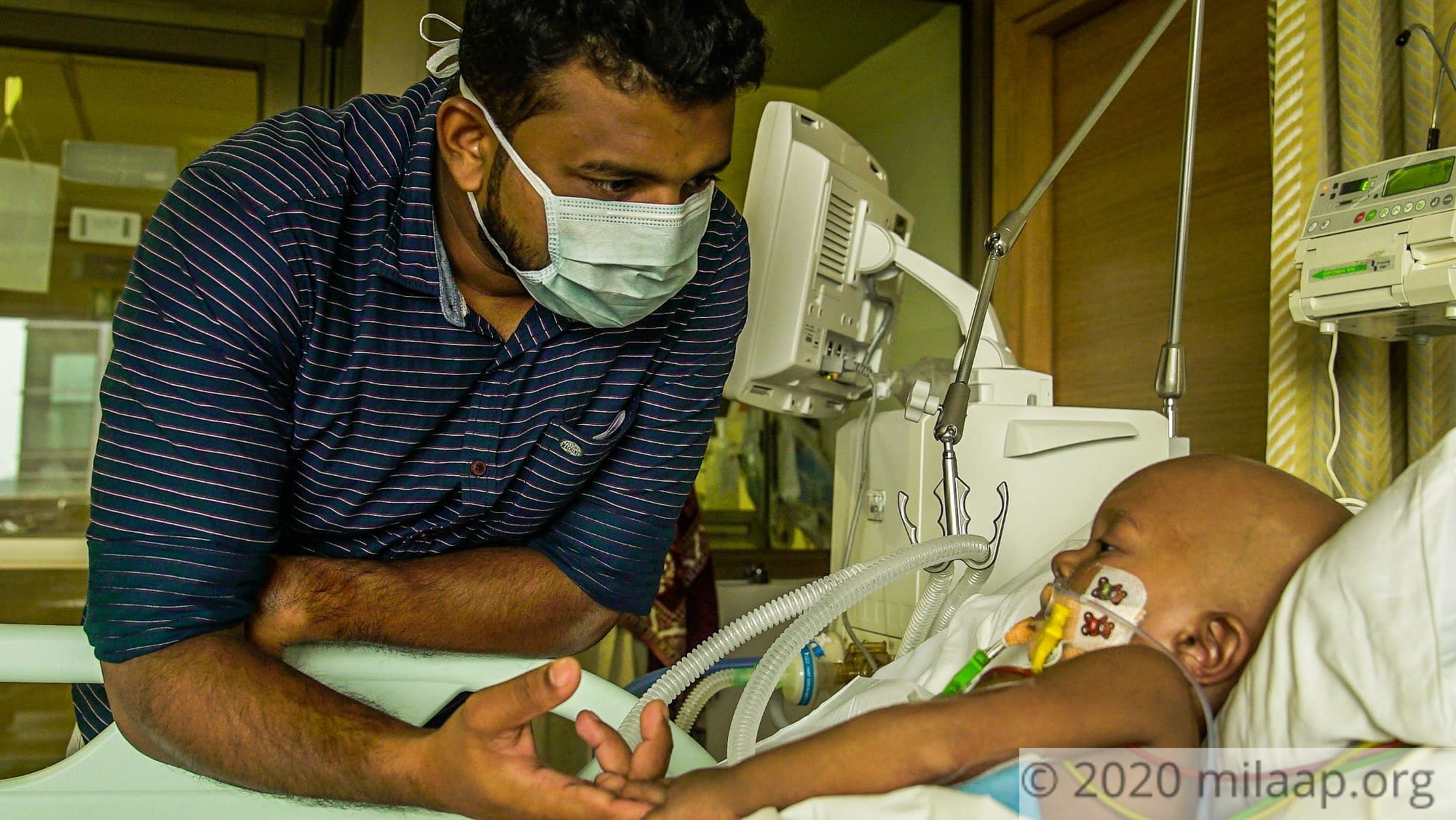 "He is a fighter. The liver disease almost killed him. But he fought it and came back alive. For the next three months, my Zayan showed so much improvement. He sat up, uttered his first word…he even called me 'amma'. Everything was fine until that night when he woke up screaming. He was crying loudly, his body was burning with fever and he started sweating. We thought he had a nightmare but later we found out it was cancer." - Tasni, mother

My son thinks this hospital is his home

2-year-old Muhammed Zayan has seen so much of ICUs, doctors and painful injections that he started believing that the hospital is his home. When he was 9- months-old his whole body turned yellow, indicating an underlying liver disease. He was admitted back then and had to wait for months to find a perfect donor and get a life-saving liver transplant. The surgery was successful and his health improved.

"We took him home after spending one year in a hospital. My Zayan fought his liver disease and recovered from transplant surgery. It had been only a week since he took his first step. We were so happy! We believed that he got better…we believed that my little baby won’t need to suffer anymore. But, our hopes came crashing down again when we found out that he got cancer." – Tasni, Mother

Zayan has Lymphoma - a type of cancer that begins in the body’s infection-fighting cells of the immune system. It occurs rarely in transplant patients who take medicines to prevent rejection of an organ.  This cancer has spread making the little boy weak and prone to several diseases and infections. Haneef and Tasni had to admit their son to the hospital again as he needed immediate chemotherapy.

"We knew we had no other choice but to fight this too. So I rented a house near the hospital to take him every month for chemotherapy sessions. Zayan didn’t like going there. He cries, grabs my shirt and never let go of me when I put him in the bed for treatment. But my son was brave enough to fight this too. He completed three cycles of chemo and showed improvement. He was ready for his next cycle when suddenly his condition got critical." - Haneef, father

"He is in unbearable pain but with a tube in his neck, he can’t cry out loud. It kills me when he looks at me...there's so much pain in his eyes." - Haneef

Zayan’s body was too weak and chemo only made him weaker when he caught pneumonia. His temperature raised again and he started struggling to breathe. Doctors had to cut open his neck to place a tube for air to enter his lungs.

"He would have fought cancer if he got two more sessions of chemo. Now he is lying, fighting every other disease that is trying to stop him. Zayan’s medical needs are increasing and I have no money left to help him in his fight. I already sold everything I had, borrowed from everyone I knew to afford his transplant. I’m just a driver and I haven’t gone for work in months due to his condition." - Haneef

Zayan is too young and has already fought a deadly disease once. Without your help, he cannot survive cancer. Your generous contributions can make a change and give this boy the gift of life.

You are a hero my little champ... God has sent you here for a great purpose... You are a fighter may all good in th world come together to give you strength... God bless you