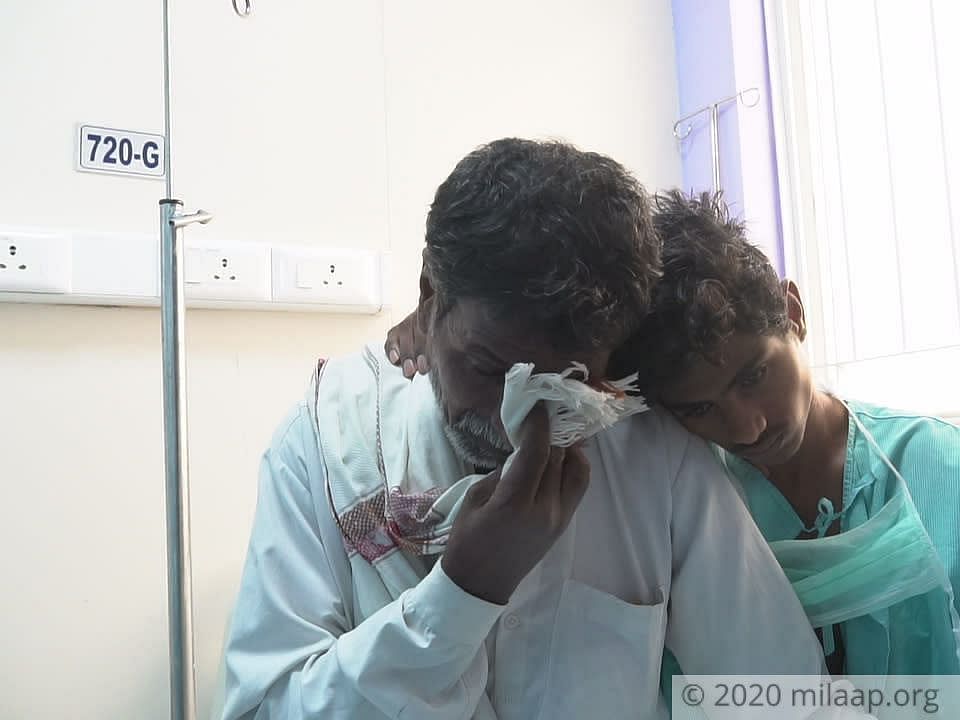 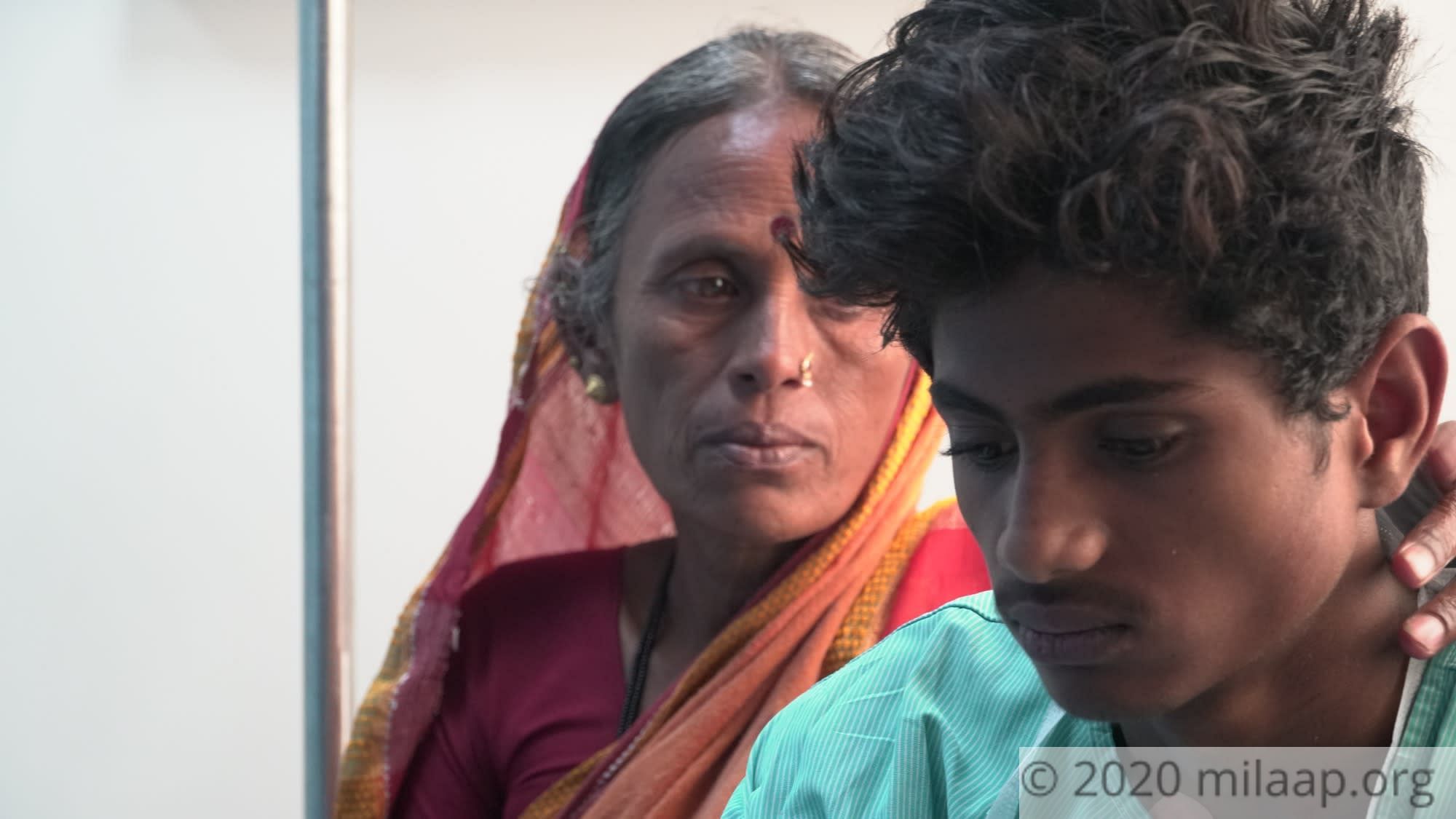 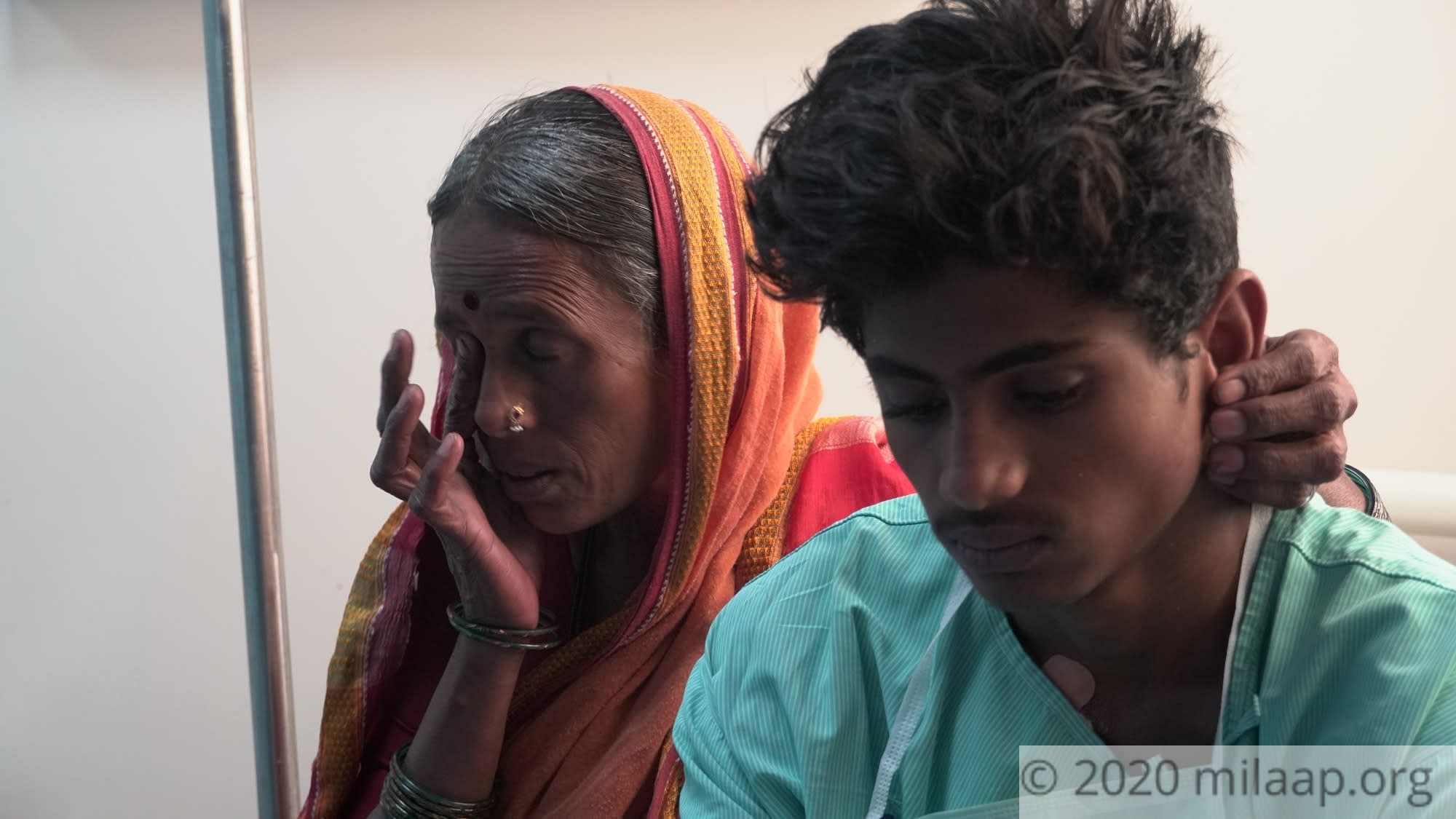 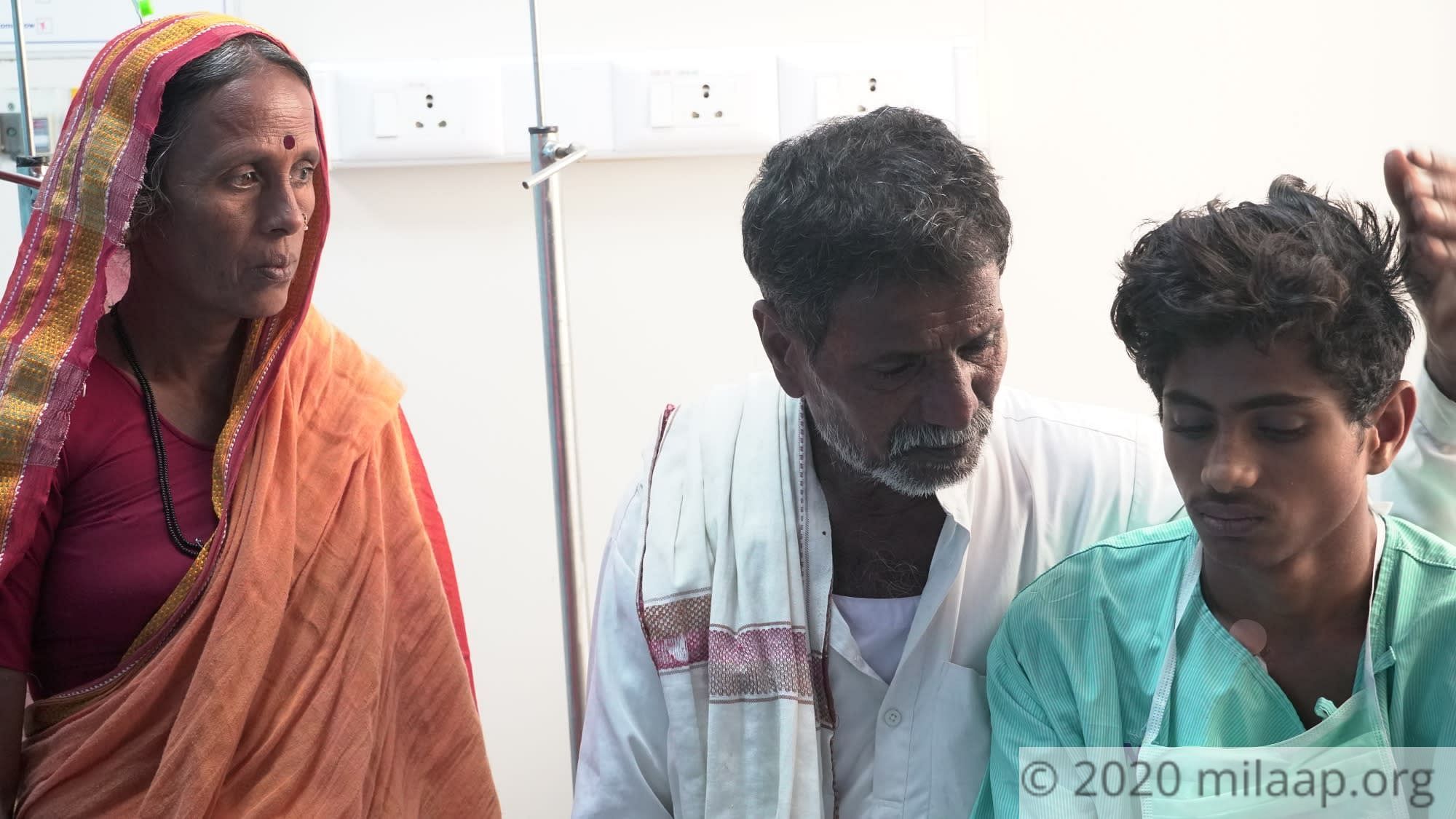 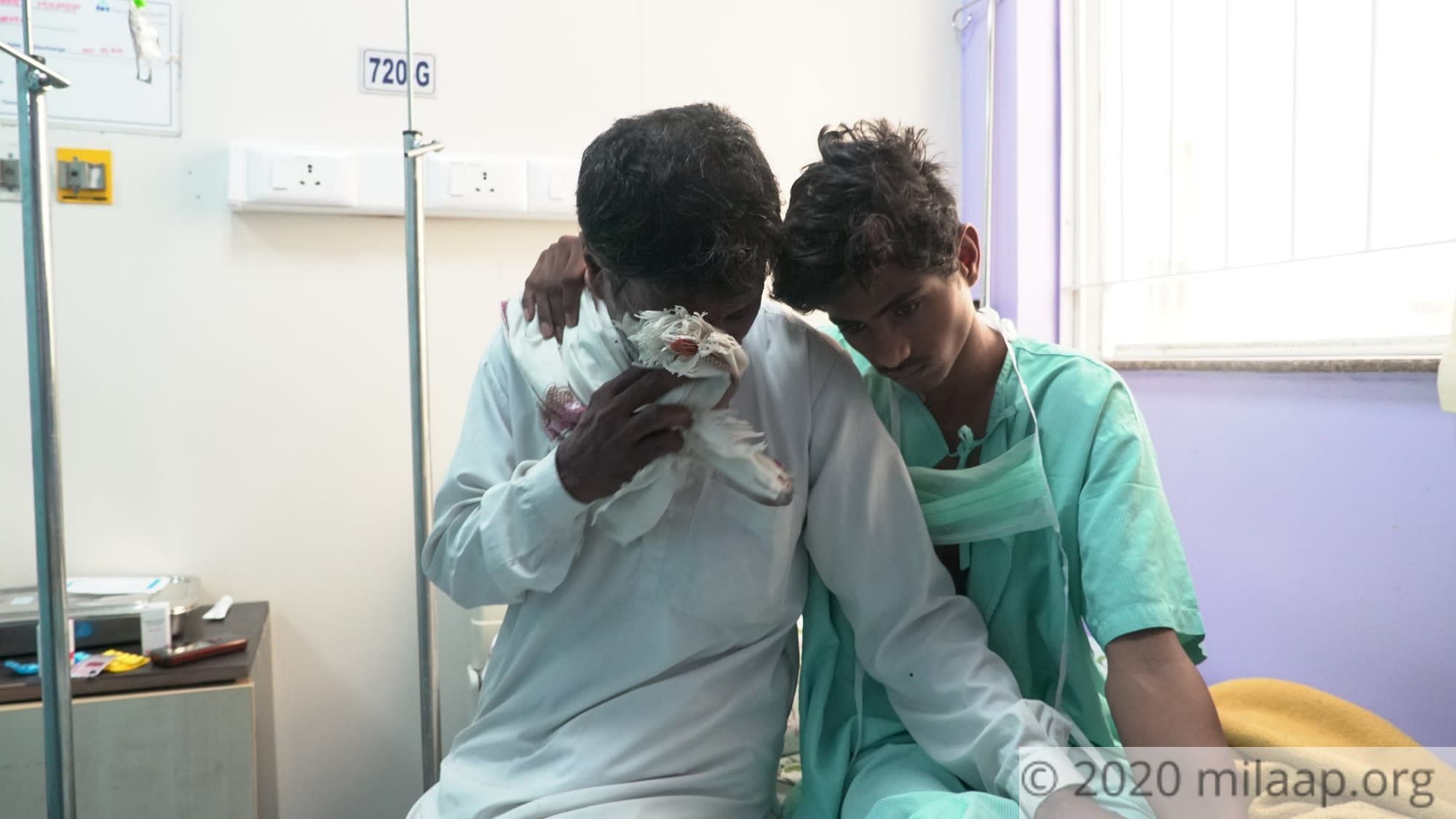 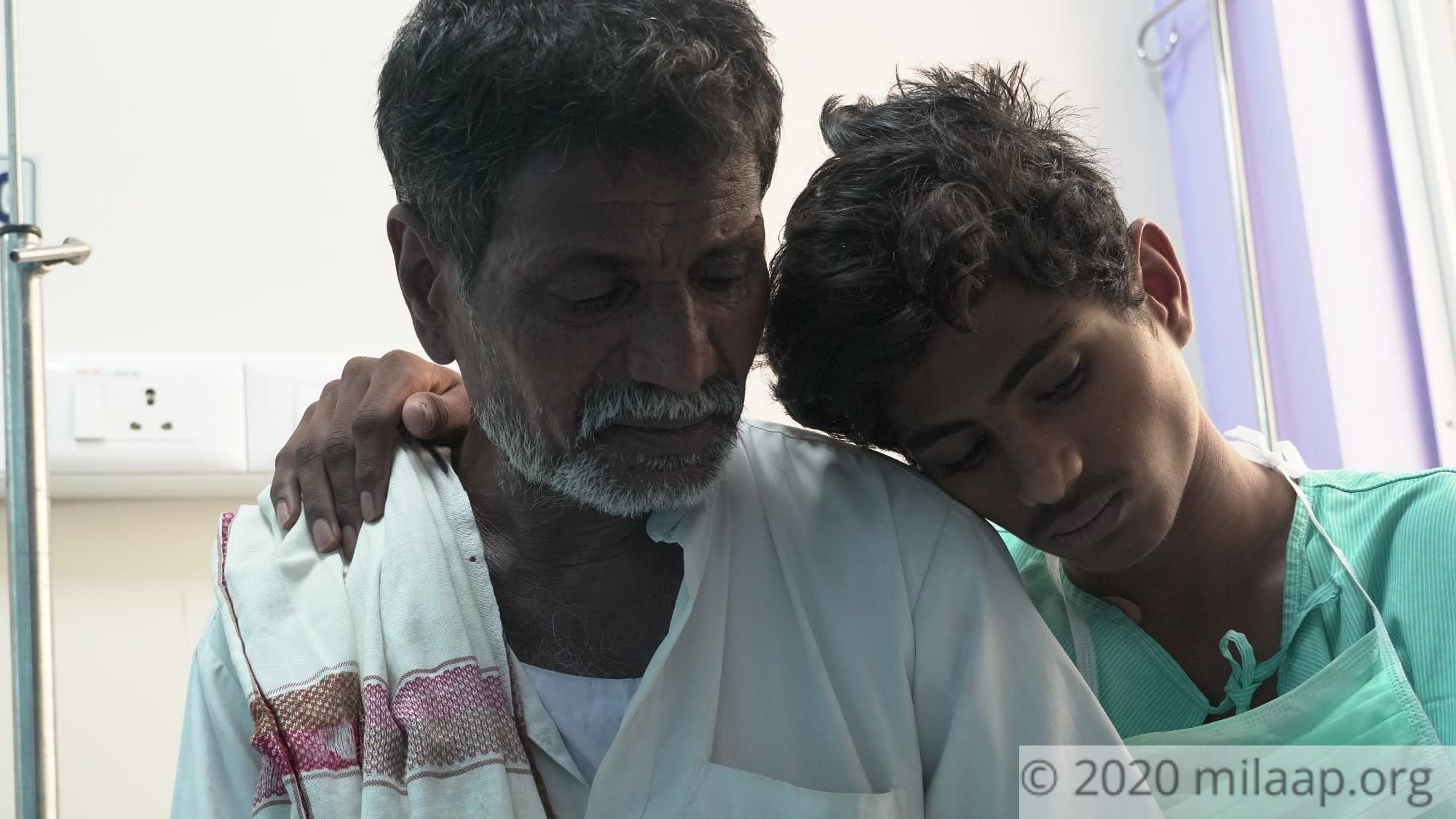 Share on facebook
Mounesh (17) has been working tirelessly as a daily wage labourer to support his poor family. He has seen the hardship his parents had gone through to raise him and his elder brother.He wanted to do help them too. At a very young age he had realised that without additional income there would be no food on the table.  But his recent and unfortunate diagnosis of cancer makes him think that he is more of a burden than help to his parents. 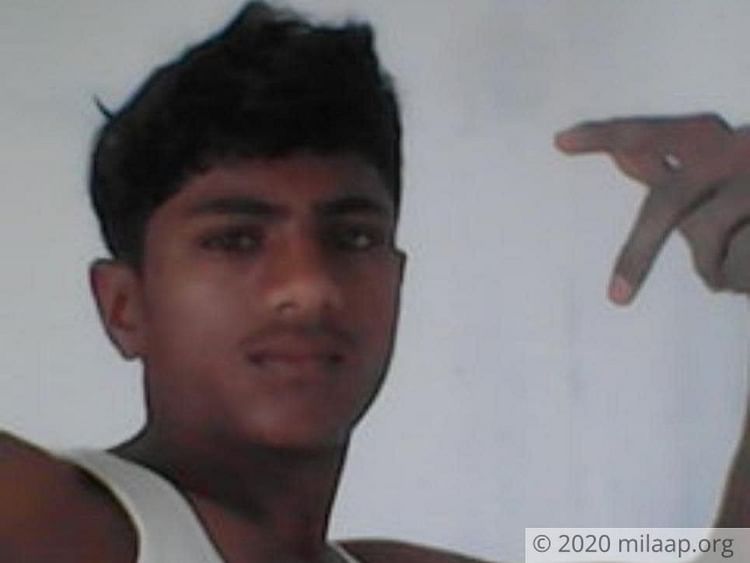 “My youngest son Mounesh is a very hard working and responsible boy. He would often tell me to rest saying that he will take care of the family. Even when he was younger, he would never ask me to buy anything for him. He always knew our constraints. And now when he is fighting cancer, I just can't help him…I feel so helpless," – Gangappa, father. 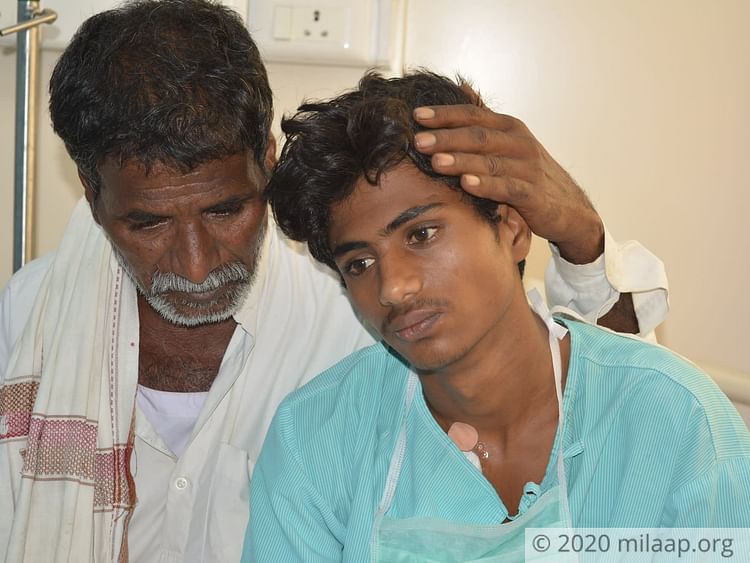 Their poverty has turned into a curse

Mounesh has been diagnosed with Osteosarcoma, bone cancer. The only cure that can save him is way beyond his family’s means. The disease can take away young Mounesh's life without mercy and he knows it too. Mounesh’s father has a pleading look in his eyes when you talk to him which silently begs you to save his son’s life.

"My parents are old and weak and yet they are doing their best. I had given up studying further because I knew he couldn't afford it. My brother and I  joined as construction workers. But now with this cancer, I cannot even walk. I see my father crying and all of it makes me so sad, so guilty...," - Mounesh. 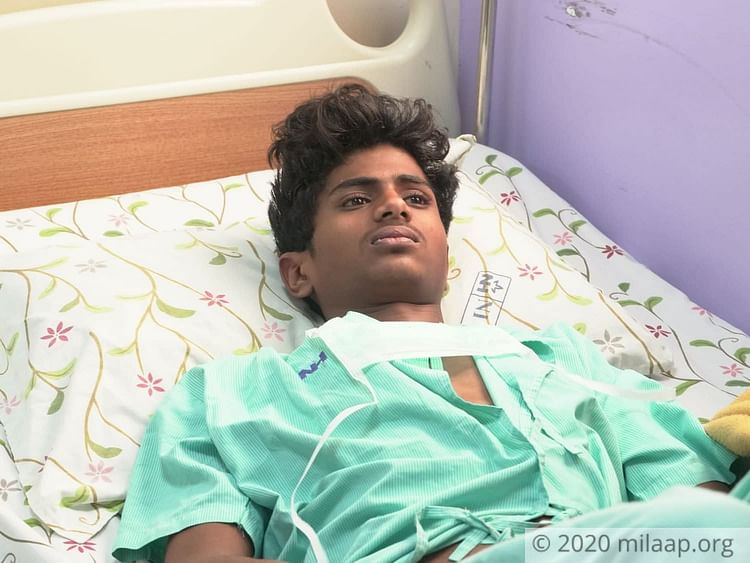 Mounesh's cancer was diagnosed only after several months. Initially, he suffered from severe leg pain. On taking him to doctor, they were shocked to learn about his cancer. Even after months, he has a throbbing pain in his leg.  He is in constant pain. He needs help and support to even move about.

“I want my son to live. That’s all I ask God every day. Each time we take Mounesh to Bangalore for the chemotherapy, it costs us no less than Rs 3000.  My husband and and elder son  together earn Rs 500 a day. We have begged everyone for help, but no one in our circle can afford more than a few hundreds. How will we save our son without help...?" – Ambamatha, mother. 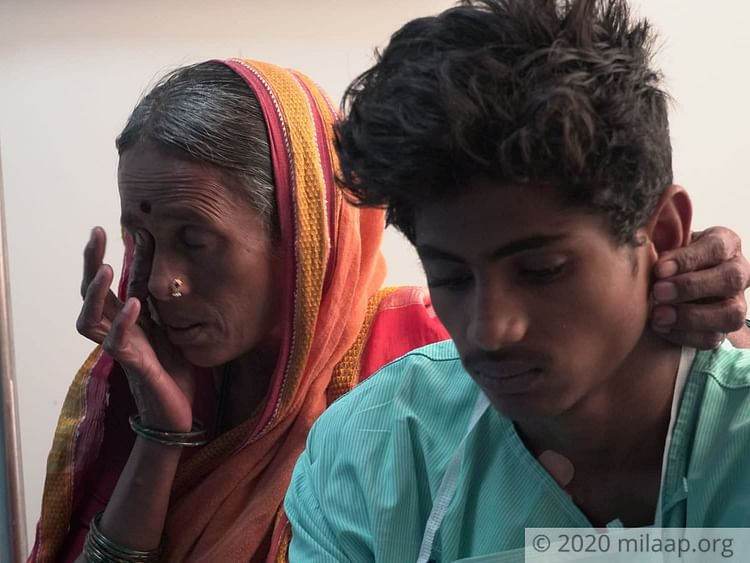 Gangappa and his family live in a village in Andhra Pradesh.  His elder son is now the only earning member. The family is struggling to even eat one meal a day with all the medical expenses. Yet, their only prayer is to save Mounesh’s life. Mounesh needs to undergo chemotherapy and surgery which would cost them about 12 Lakh Rupees. Gangappa cannot even imagine raising such a big amount on his own.


With your generous contributions, young Mounesh can survive and take care of his parents. 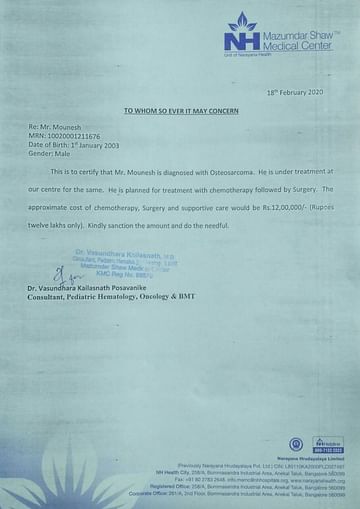 Click here to know more about Mounesh
Donate now
OR
Click here to read the instructions before you make a bank transfer.

Hope you get better soon!

Hope it makes a little difference 🙏