'I Hate How Cancer Has Become My Son's Identity, For That's How People Recognize Him Now' | Milaap
Receive tax benefits by donating to this cause.

'I Hate How Cancer Has Become My Son's Identity, For That's How People Recognize Him Now' 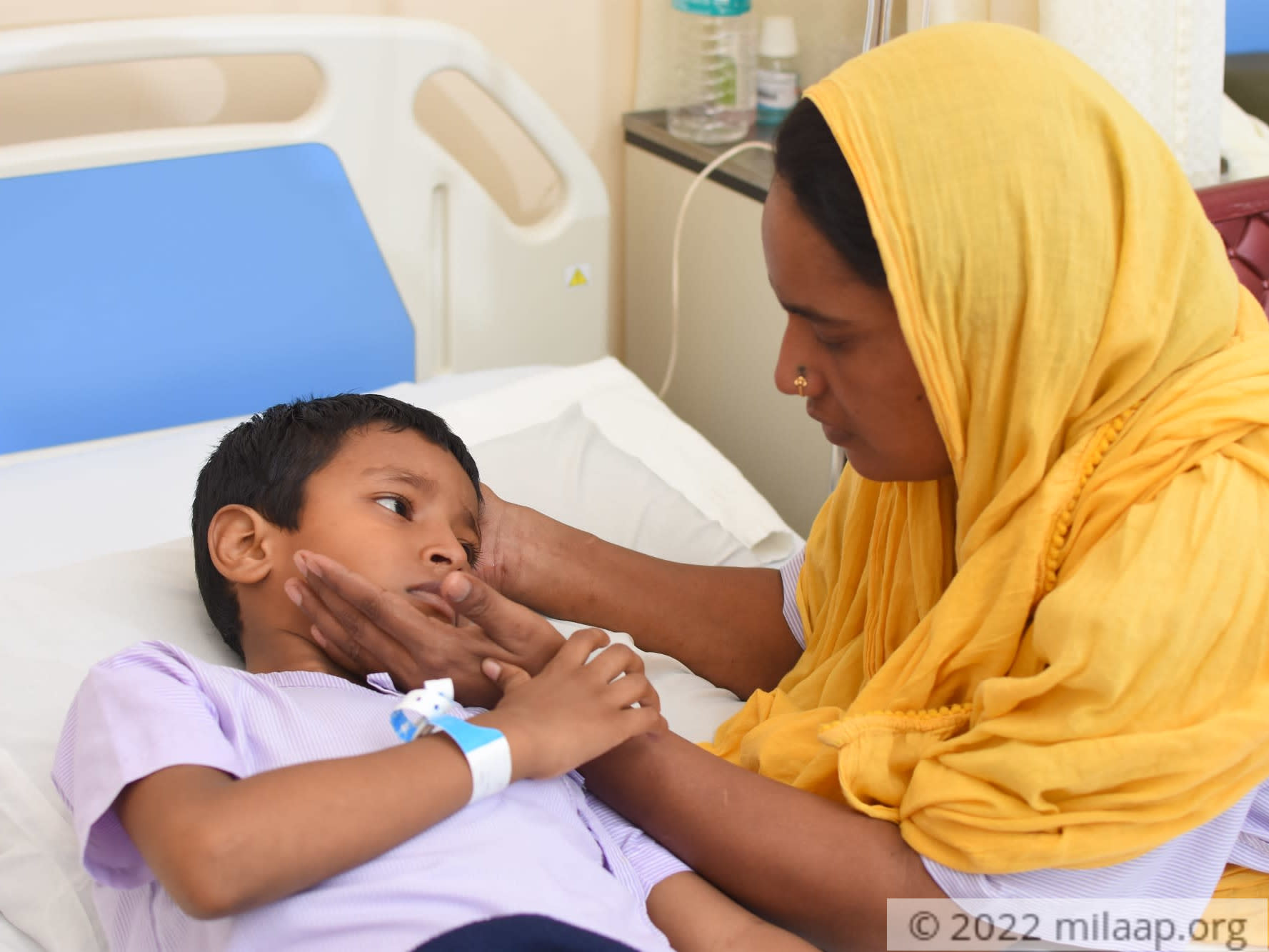 Share
Only a few minutes into conversation with little Sahab, he will happily tell you about his blood cancer. Unaware of the impact of this gruesome disease, it has now become a part of this 6-year-old's identity.

"Whoever comes near our hospital bed and asks him his name, he will quickly introduce himself as - 'I am Sahab and I have cancer'. It breaks my heart because he is so innocent to even understand how this deadly disease is ravaging his fragile body. But none of it is his fault, because the only word he has been hearing since the past one month while I'm taking him to the doctors is 'cancer', and he just picked up on it, like any other kid would ." - Afrozi, mother

Afrozi, Sahab's mother, had to make the difficult decision of taking her son to Kolkata, from their village in Bihar, all by herself. Never having been to a city previously, being alone with her son for his treatment scares her. But, with no option left, this mother had to ride on her fears just to save her son from acute leukaemia, cancer affecting the blood and bone marrow.

Sahab's blood count has been dangerously low due to his blood cancer. Till now, with frequent transfusions and medicines, the doctors have tried to keep him stable but his cancerous cells are continuing to spurt inside his body. The only way to bring his cancer under control is through chemotherapy, for which his parents are failing to arrange INR 10 lakhs.

"I hate how people can only recognise my son because of his cancer, now. My other kids are back home constantly offering namaz for Sahab's health, and I pray Allah listens to their duas as we are just scrounging off till the last penny to be able to manage his daily medicines. They have all placed their trust on their Ammi and Abu to save their brother from cancer but we are so helpless…. and even had to stop his treatment midway." - Afrozi, mother

"We were all dressed up on Eid, and ready to visit our relatives when Sahab came crying towards me. He couldn't stop apologizing for ruining his new clothes and blaming himself. My poor baby had lost control of his bladder movements and wet his pants. Soon, he started running a fever that wouldn't reduce, no matter the medication. This went on for weeks, but I could have never imagined that this would turn out to be a cancer symptom." - Afrozi, mother

Afrozi recalls how it all started with Sahab's frequent episodes of bedwetting and vomiting, which had never happened before and had terrified her. She would frequently wake Afrozi up in the middle of the night, who would be drenched in sweat and uncomfortable because of his bleeding gums. Today, on an average, Sahab is given a minimum of three units of blood and platelets because his body is failing to produce healthy blood on its own. Only chemotherapy can help him now.


Sahab's father, Mohammed Sarfaraz, works as an electrician back in his village. Today, this father is unable to be next to his son in this crisis, because he just can't afford to lose even a single day's wage as that is the only way to fend for his family of 5. He has been longing to visit his son and hug him, but that's only possible if he can arrange INR 10 lakhs now.