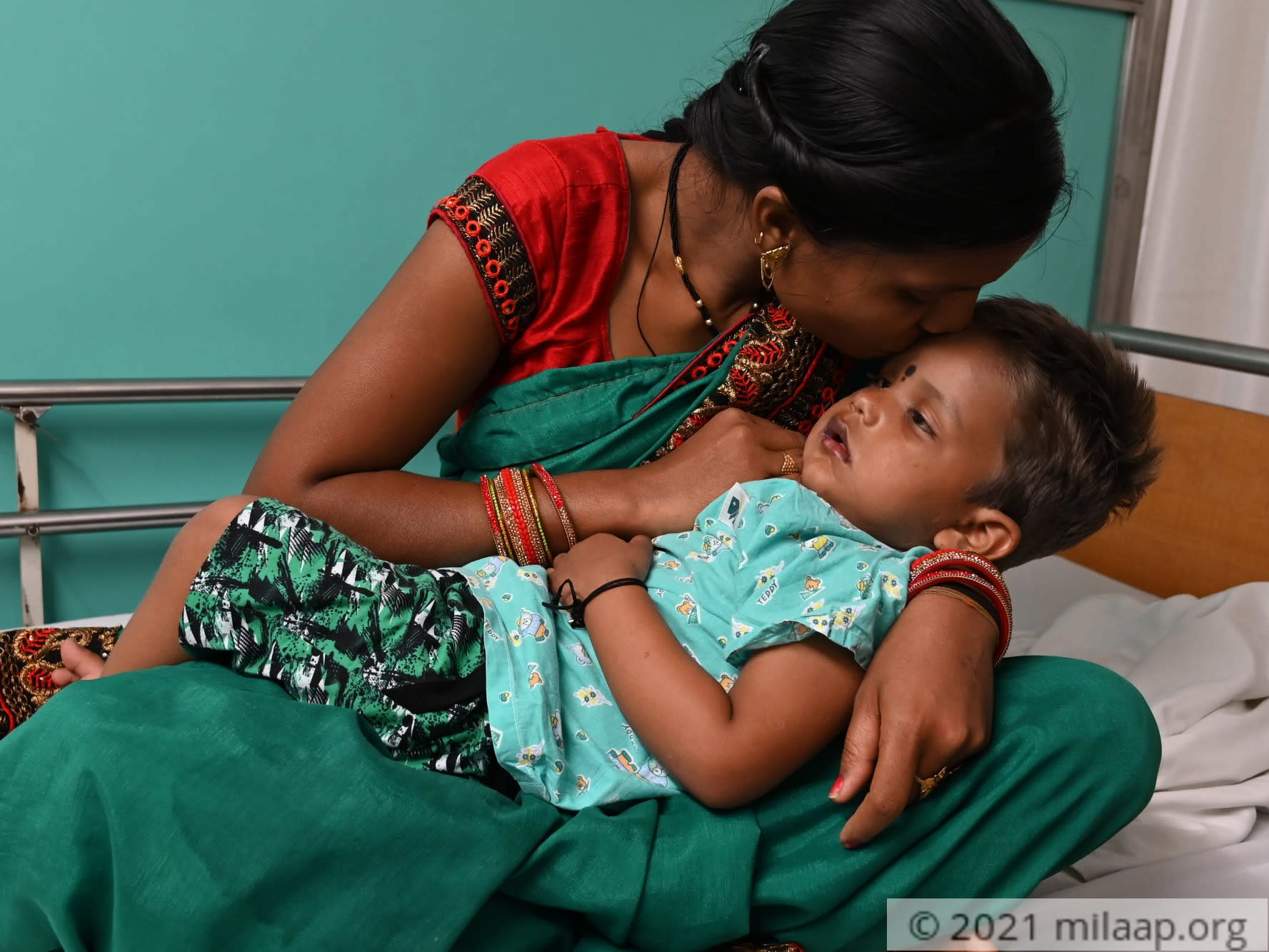 Share
“It’s been 4 months since he last walked or ran towards me in joy. This disease has made him so weak that he stumbles and even falls if he tries to stand up. He doesn’t have the energy to talk or even chew solid food, he is surviving on liquids. He is just 3 years old and he is fighting a battle against death!” - Huleshwari, mother

He lost his ability to walk

Vivek was just 9 months old when he first started falling sick. He had a constant fever and his stomach felt hard when touched. Tests revealed his liver had gotten abnormally large and he was given medication for it. Though he recovered quickly, every day the little child battled something new. He suffered from ulcers, recurring skin infections and worst of all, he lost his ability to walk.

Soon he was diagnosed with Griscelli syndrome (GS), a rare autosomal recessive immune deficiency disorder. It is potentially life-threatening and the only way to save his life is a bone marrow transplant, followed by chemotherapy and follow-up treatments.

“Just when I thought he is getting better, he would fall sick again. It took us months to figure out his disease and before we could even start his treatment, it left him bedridden. Doctors told us that there is nothing that can help him except a transplant, but we can’t afford it. We are just farmers from a small village without a single rupee in our pockets right now.” - father

They belong to an interior village in Chhattisgarh and work as daily wage farmers on other people’s land. They barely make enough money to meet their basic needs, let alone affording medical bills even for generic illnesses. They are already neck-deep in debts and have exhausted all the money borrowed for the treatment so far. They can’t afford to pay for it, any further.

“I can’t even look at him without tearing up. He is unable to eat, he has to be fed everything from a tube, even water. His eyes were perfectly alright a few months ago, but now, even those are weirdly aligned, all because of this disease. I want nothing more than a normal life for him, but we are not able to provide it. I am afraid that if we don’t do anything soon, we might lose him and if that happens, I will never be able to forgive myself.” - Huleshwari