Helpless Single Mother Struggles To Save Bright 17-Year-Old Whose Damaged Liver Threatens To Shut Down Her Body | Milaap
Receive tax benefits by donating to this cause. 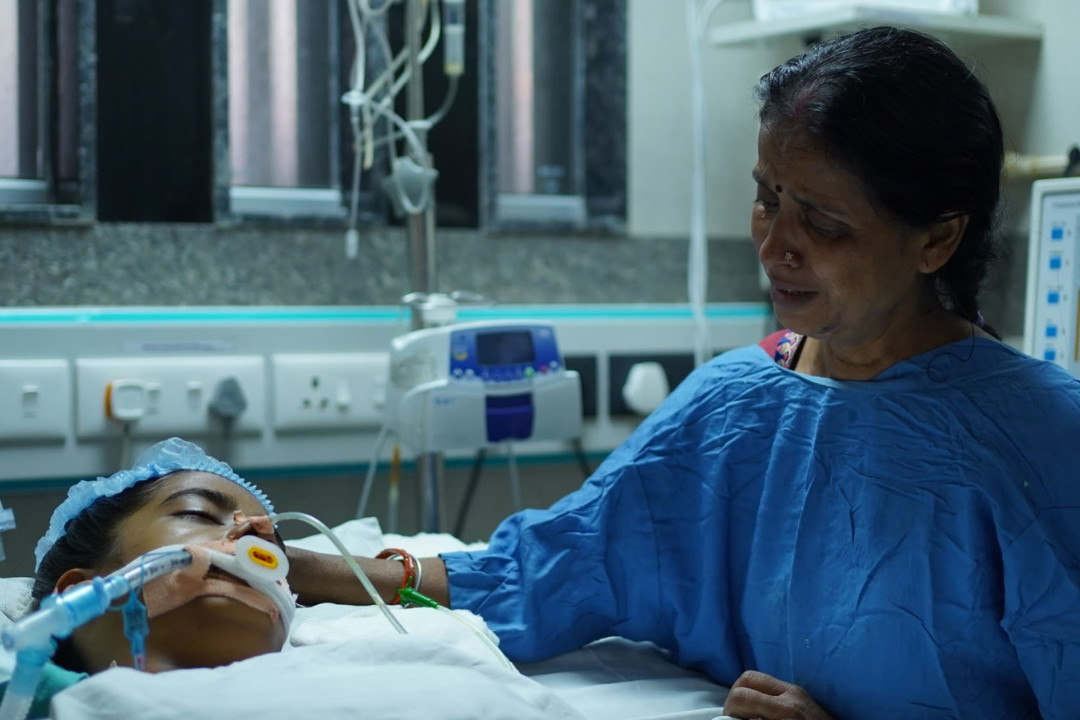 “She has been in the ICU for many days now. She does not open her eyes, nor react to what we tell her. I feel like she is slipping away from us. We have lost everything and are left with nothing... Without a liver transplant, we will also lose her forever and this is our biggest fear now.” - Rama Pawar

Rama Pawar, a housewife, and her 3 daughters have been barely surviving on their own for the last 3 years. This is because she decided to leave her husband, a raging alcoholic, who used to abuse her and the children physically and mentally. Without any support, this mother had been taking care of her children, and providing the best she could for them, until the worst happened.


Her youngest daughter, Mansha, has been diagnosed with severe liver disease now, and her liver is 100% damaged. Along with this, she is also suffering a decline in brain function that has developed because of the liver problem. Unconscious and unaware of what is happening around her, this young girl is slowly descending into a critical condition, one that she may not survive if she does not undergo a liver transplant soon.

Rama and her daughters could only survive because of their sheer will and determination to succeed in life and show naysayers that they are also worthy of having a proper life. Rama’s second daughter was the primary breadwinner of the family, after her eldest was married off. She worked as a school teacher and also took tuitions on the side to support her mother and youngest sister.

Mansha was always studious and got good grades in school. She also worked as a part-time beautician to save money for college. Everything was going well until Mansha suffered from high fever in the first week of November.

“She was diagnosed with jaundice shortly, and there was no coming back from the condition that she was in. She got weaker and weaker, and doctors told us all this was happening solely because of her failing liver. We have been struggling to find enough money to fund her transplant ever since. There is no other cure for her.” - Rama, tearfully

Without support from family, this single mother is struggling to save her daughter

Rama and her husband are not on talking terms, and she has not received any kind of moral or financial support from her in-laws. She and her daughters have always been on their own, fighting life’s obstacles all by themselves. But now, when Mansha is so critically ill, they feel the pain of not having anyone to comfort or support them.

“We have completely run out of funds. We are emotionally drained, but we are staying strong for Mansha anyway. All the money that had been saved up for her education had to be spent on her treatment so far. We are completely helpless at this point.” - Rama.

With your kind support, this mother can save her daughter before her liver gives out and kills her. Click here to contribute
MP
Patient Mansha Pawar is 17 years old, living in Betul, Madhya Pradesh
NH
Being treated in Nelson Hospital, Nagpur, Maharashtra