Angry And Tired Of The Pain Of Cancer, This 5-Year-Old Wants To Give Up | Milaap
loans added to your basket
Total : 0
Pay Now

A
You are sending a message to
Selva Raj
Go back

Angry And Tired Of The Pain Of Cancer, This 5-Year-Old Wants To Give Up 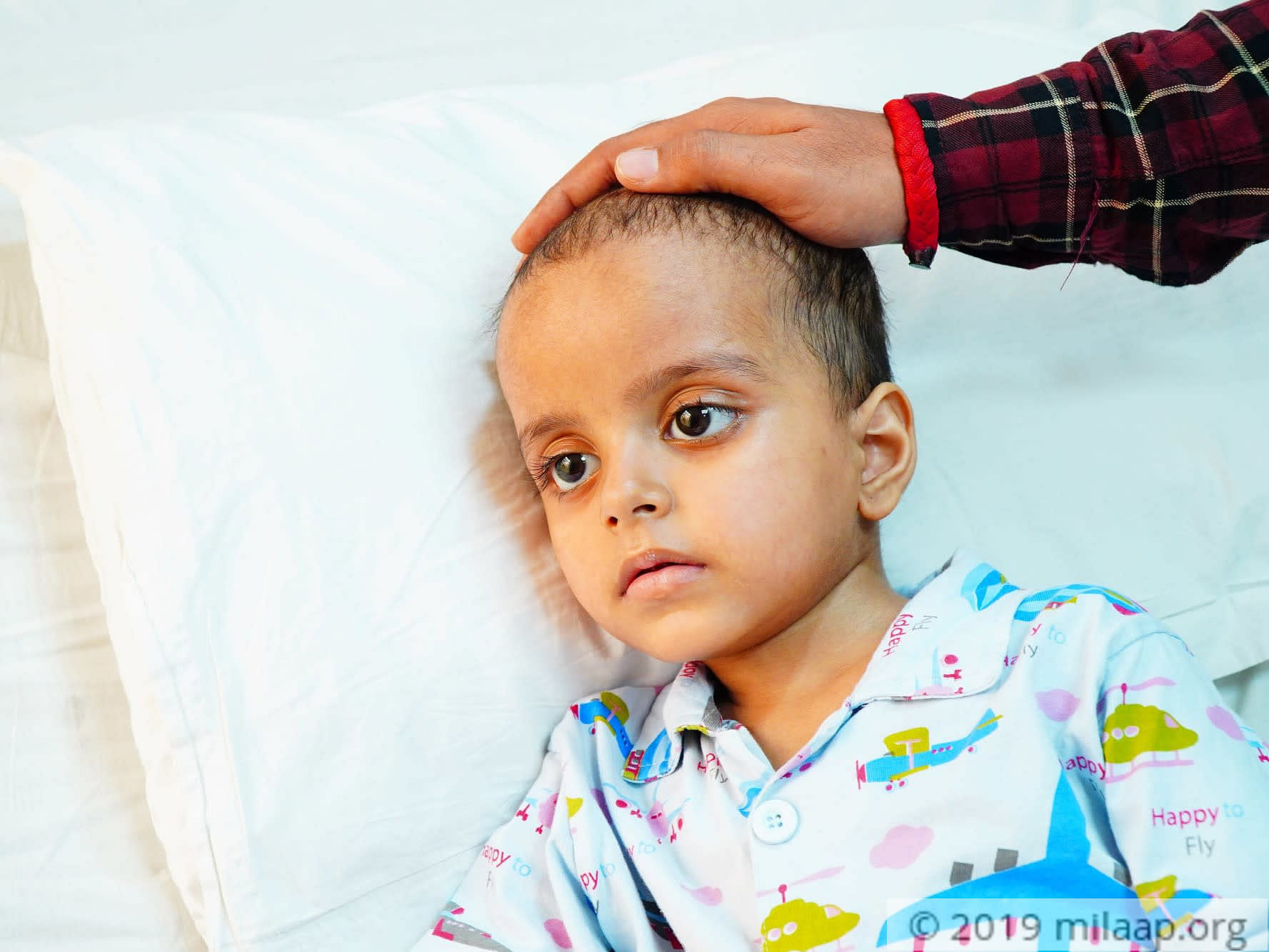 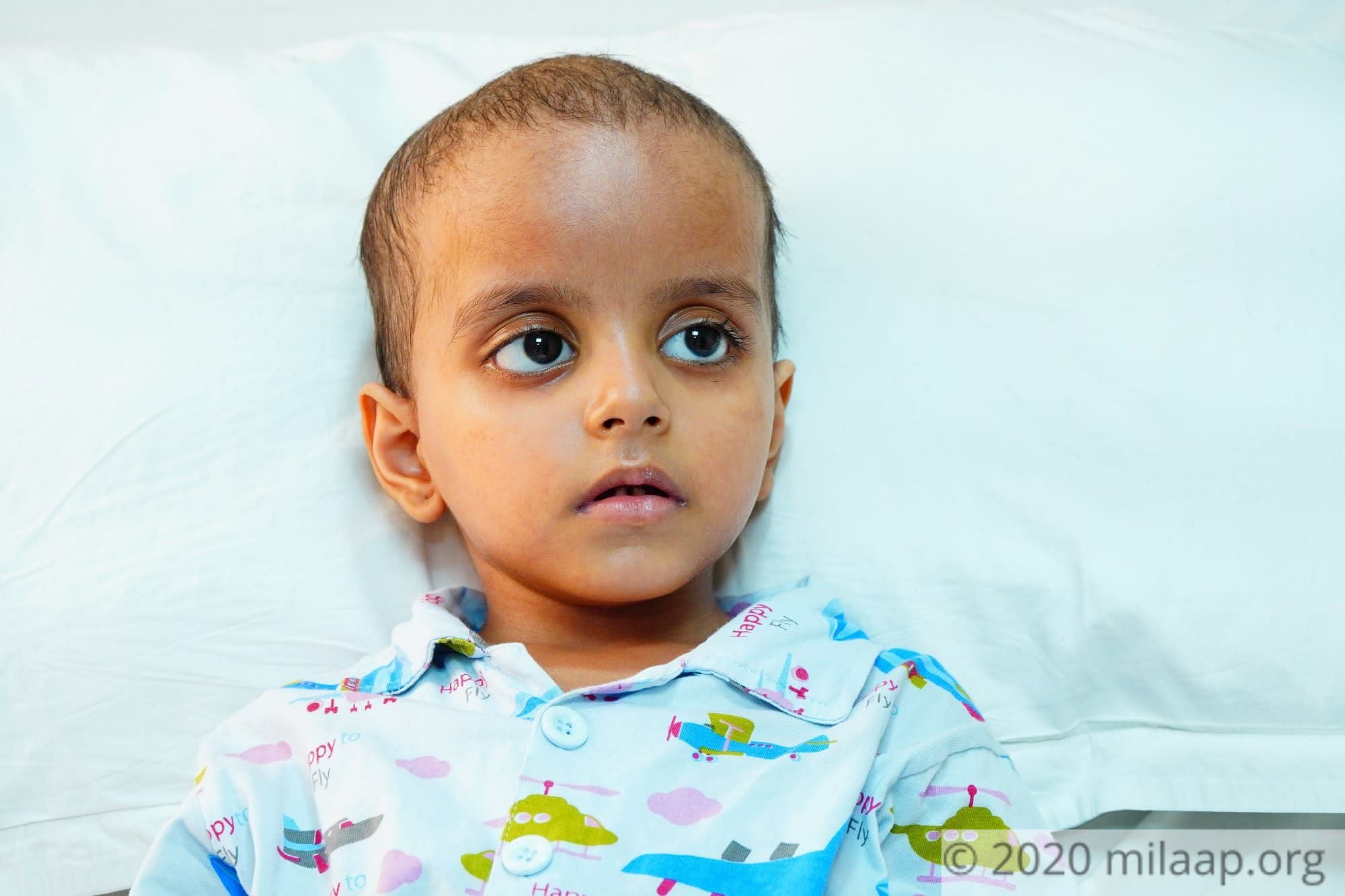 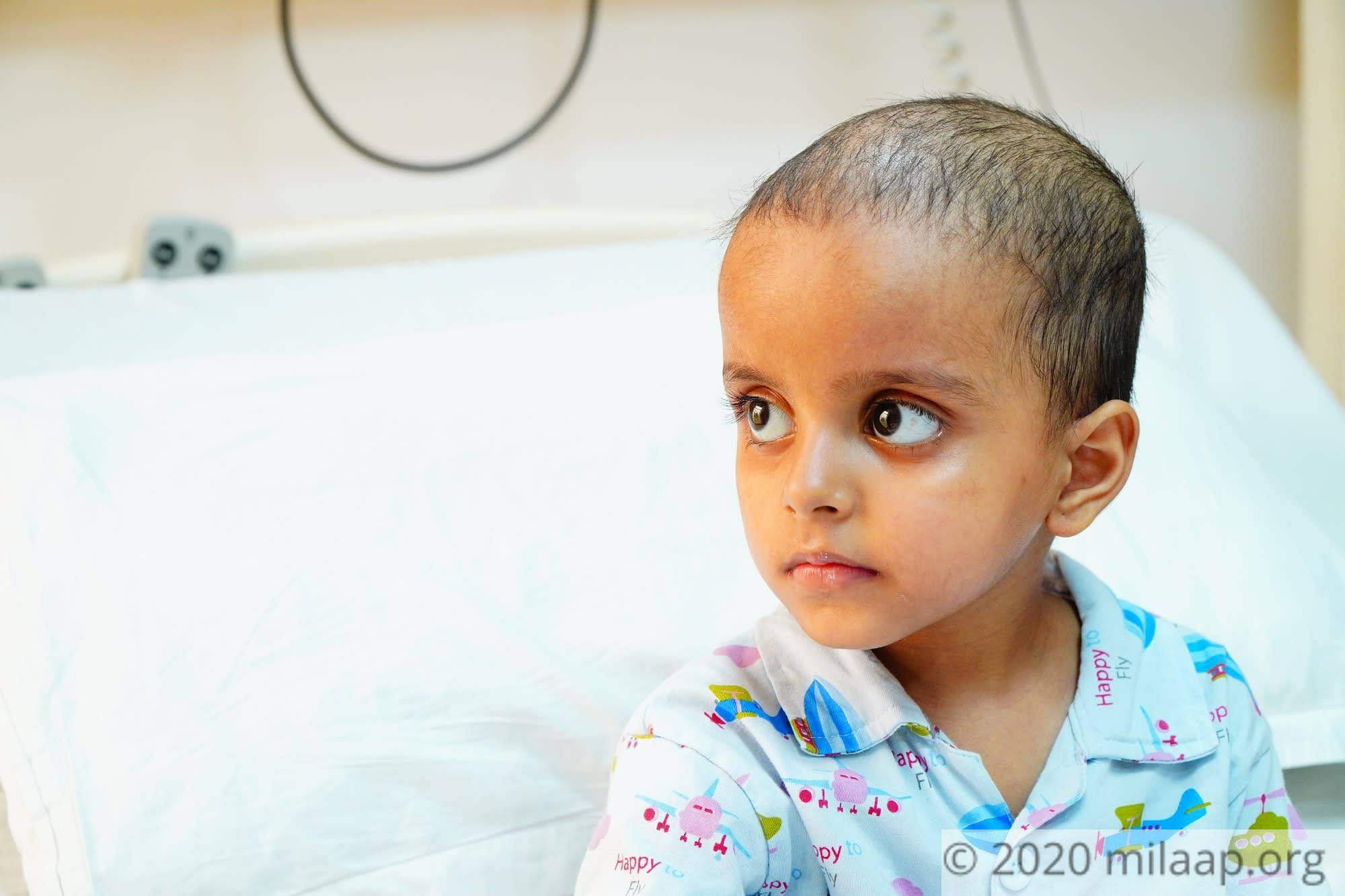 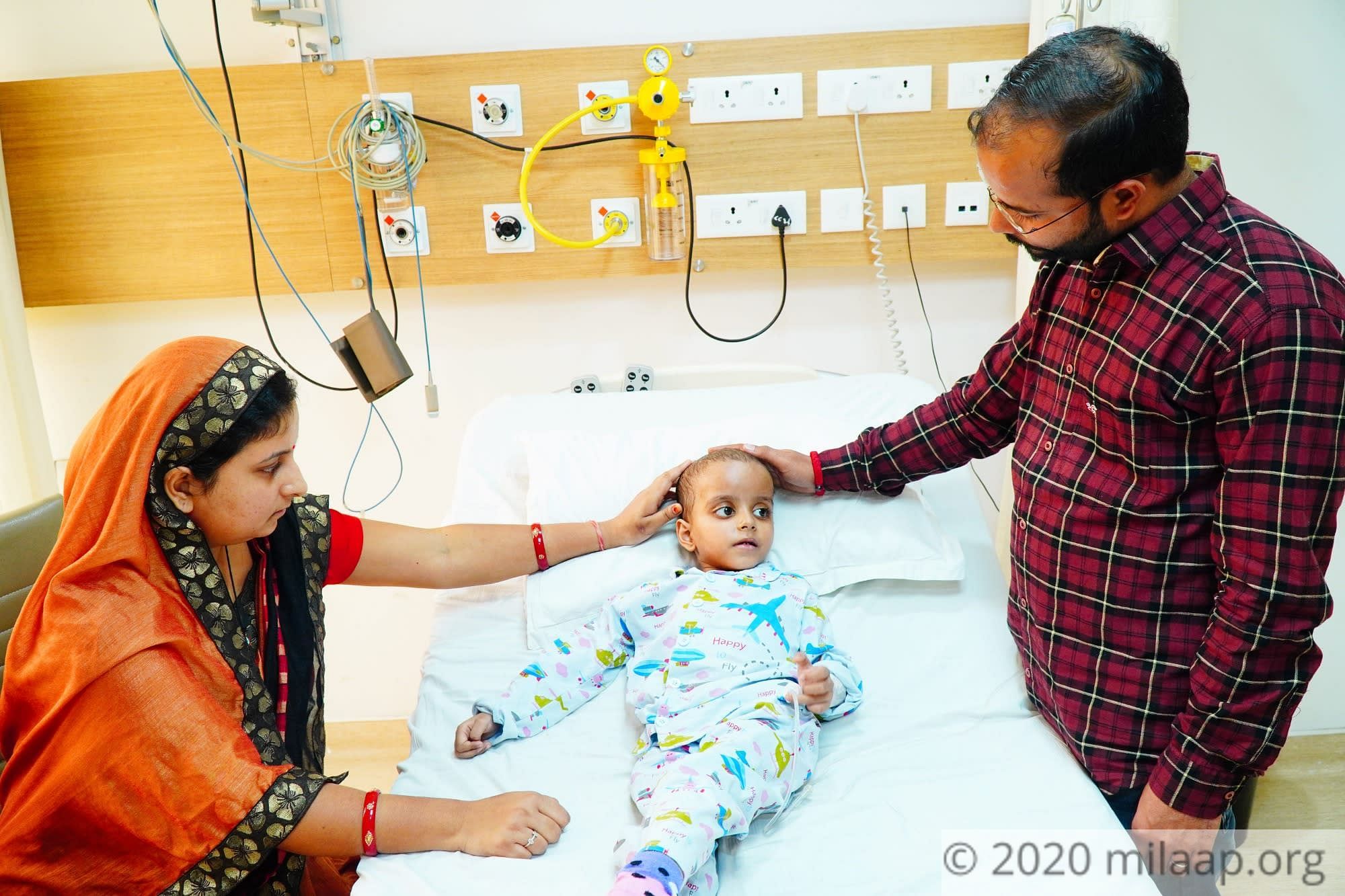 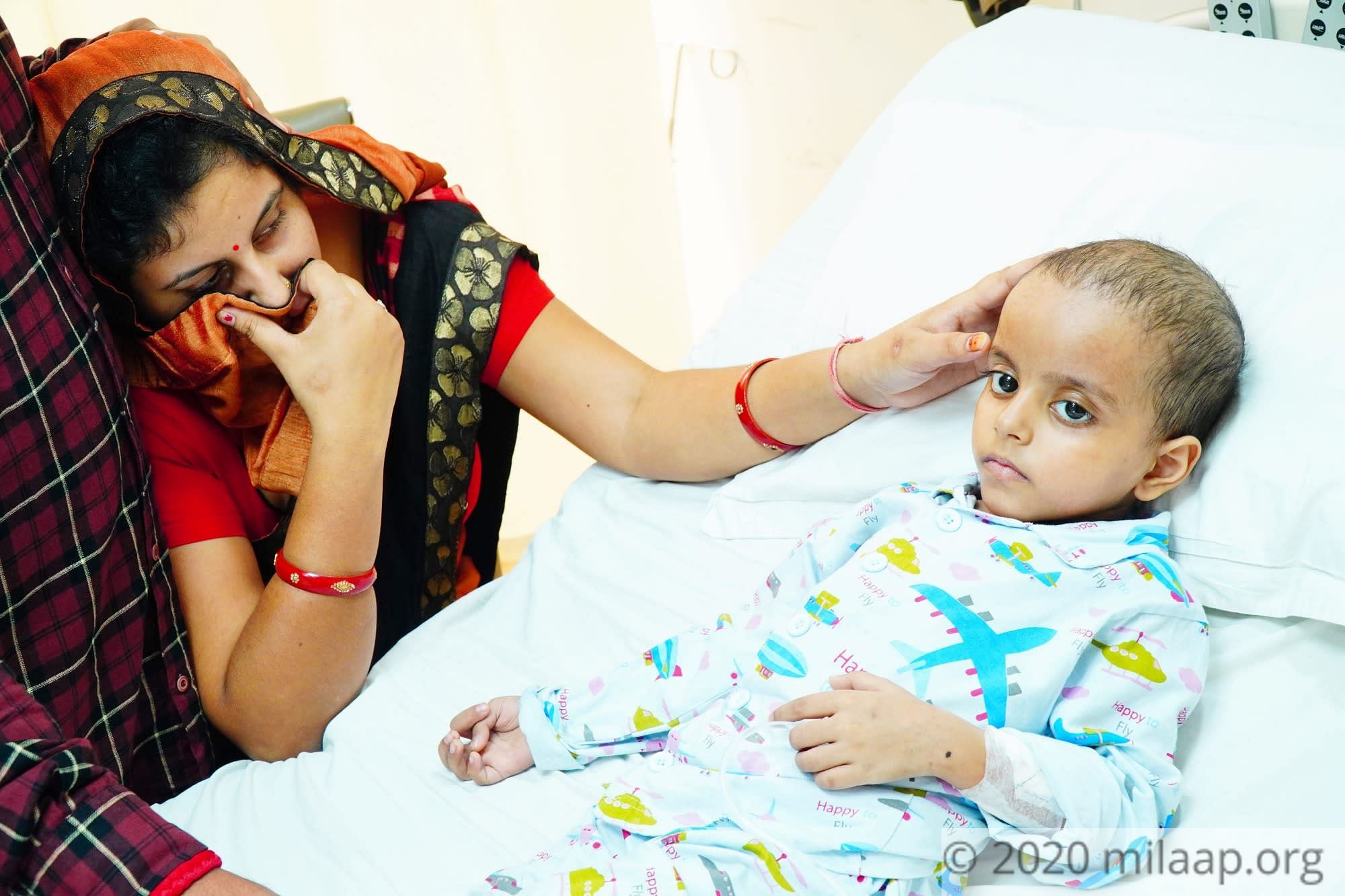 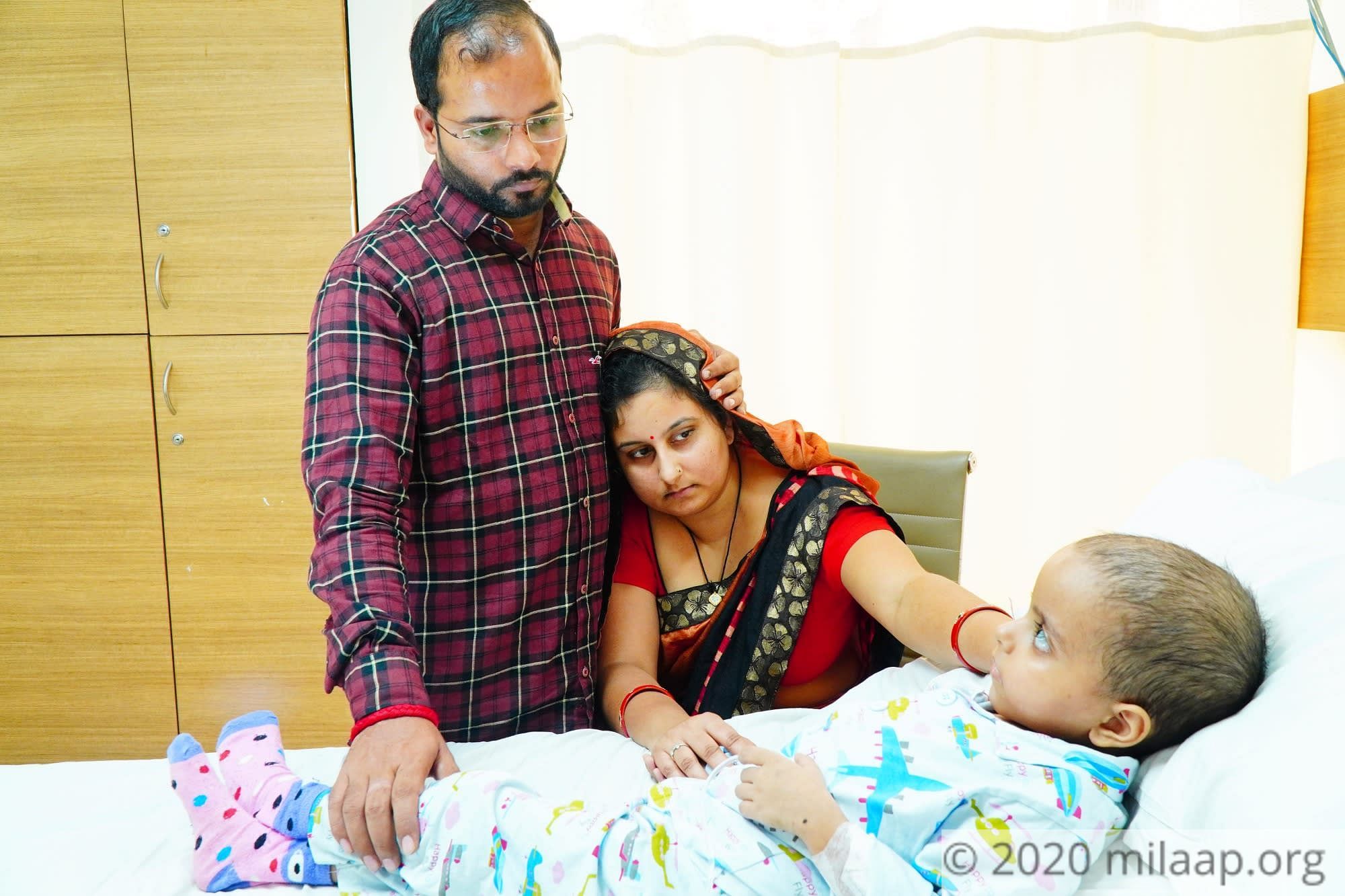 Share on facebook
Everyone knows Manisha as a happy child. She dances when her favourite Hindi songs play, she tells stories, she laughs till her stomach hurts – but all of this was before her life changed. Before blood cancer.

“When we first started coming to the hospital, she would cry loudly, she would tremble when she saw a needle. But now... she doesn’t even talk on some days. She just stares ahead blankly when I talk to her. She has even stopped asking when we’re going home. It feels like she has lost all hope…” – Rekha, mother

Ever since Manisha’s diagnosis in September, Rekha and Vikas have gone above and beyond to try and continue her treatment. They wasted no time. But 3 months and 10 lakhs later, these parents are helpless. Chemotherapy is the only thing that can save their 5-year-old. And they just can’t afford it.

I haven’t seen anything this painful

“I remember her first day of school. She cried so much… It had broken my heart when she held on to my hand tightly, refusing to let go. Her teacher had to take her from me… I thought that that was the worst feeling. But watching her go through this, this cancer! It’s a hundred times worse. There’s nothing I can do to fix this. I can't hug her at the end of the day and make everything better like I used to...”

Manisha hasn’t slept properly since September. She wakes up in the middle of the night, sometimes irritable, sometimes angry. But always in terrible pain. She’s had one round of chemotherapy, but a severe infection left her bedridden for 20 days. Little Manisha needs 6 more months of chemo.

Rekha and Manisha now live in a small rented room near the hospital in Jaipur. Every time Manisha has to go to the hospital, Rekha covers her up in the warmest clothes she has, and wraps her up in a shawl – she can’t risk getting even a small infection. Rekha has had to do so much on her own. As much as Vikas wants to be with his sick daughter during this time, he can’t.

“He’s come here only twice. And both times he could stay only for a couple of hours. He has to work... it’s the only way we can afford her medicines. He doesn’t tell me much, but I know he’s struggling to arrange for the money. That’s why he can’t even be here with us.”

Vikas works in a small shop. It doesn’t matter if he works longer hours or even stays there all night, there is no way he will earn more than Rs. 8,000 - 10,000 every month. This is in no way close to what he needs to save his daughter from cancer.

Even during their darkest days, Rekha and Vikas have one hope – you. Your support can save their daughter’s life. Manisha can survive. 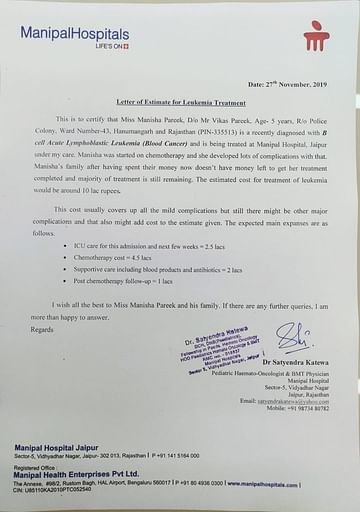 Click here to know more about Manisha
Donate now
OR
Click here to read the instructions before you make a bank transfer.

We wish our angel speedy and healthy recovery. God bless her. Waiting to see her smile again.

123 others have contributed
Click here to know more about Manisha

We wish our angel speedy and healthy recovery. God bless her. Waiting to see her smile again.