5-Year-Old Wants To Play And Go To School, But His Disease Is Killing Him | Milaap
loans added to your basket
Total : 0
Pay Now

5-Year-Old Wants To Play And Go To School, But His Disease Is Killing Him 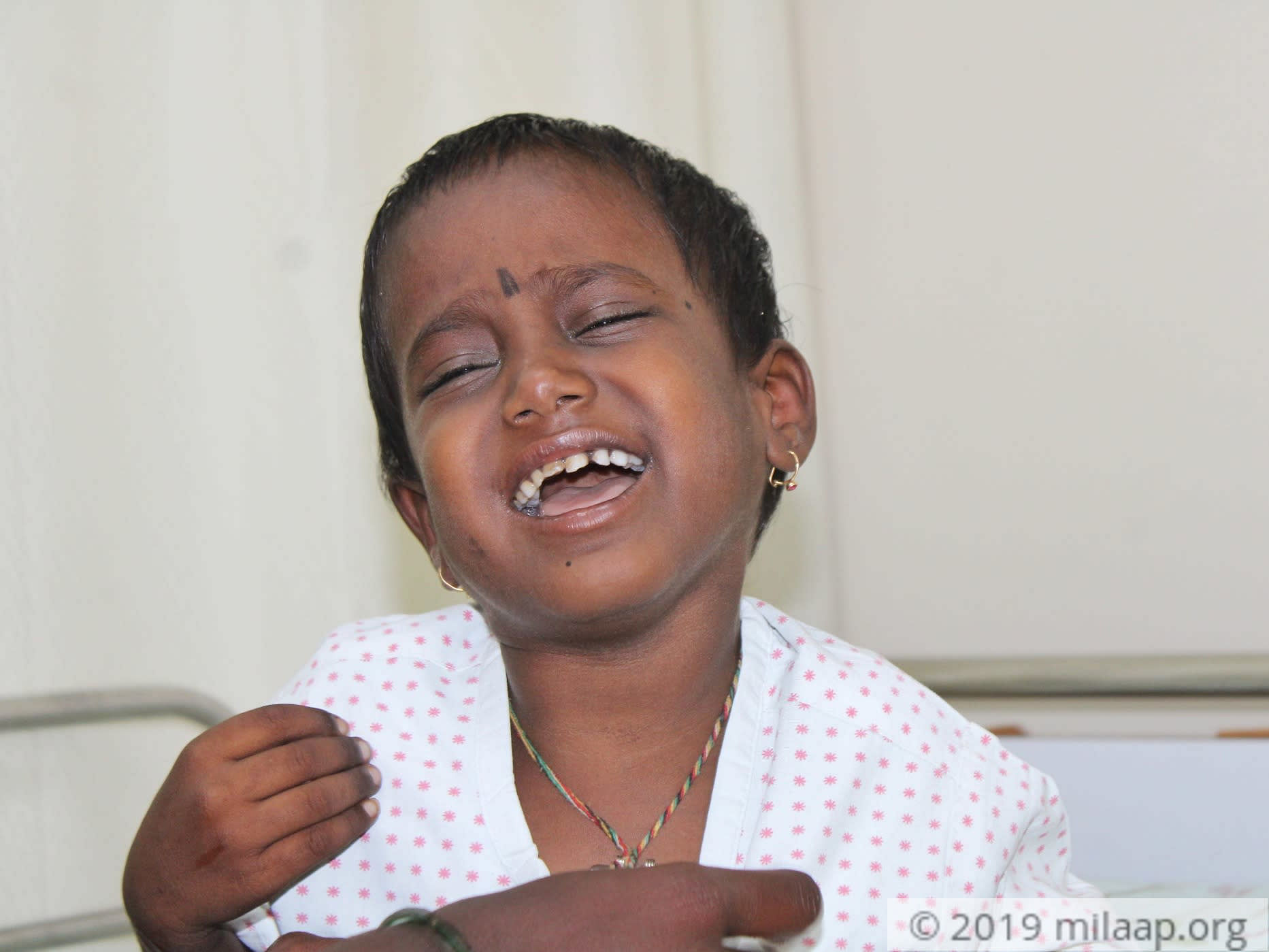 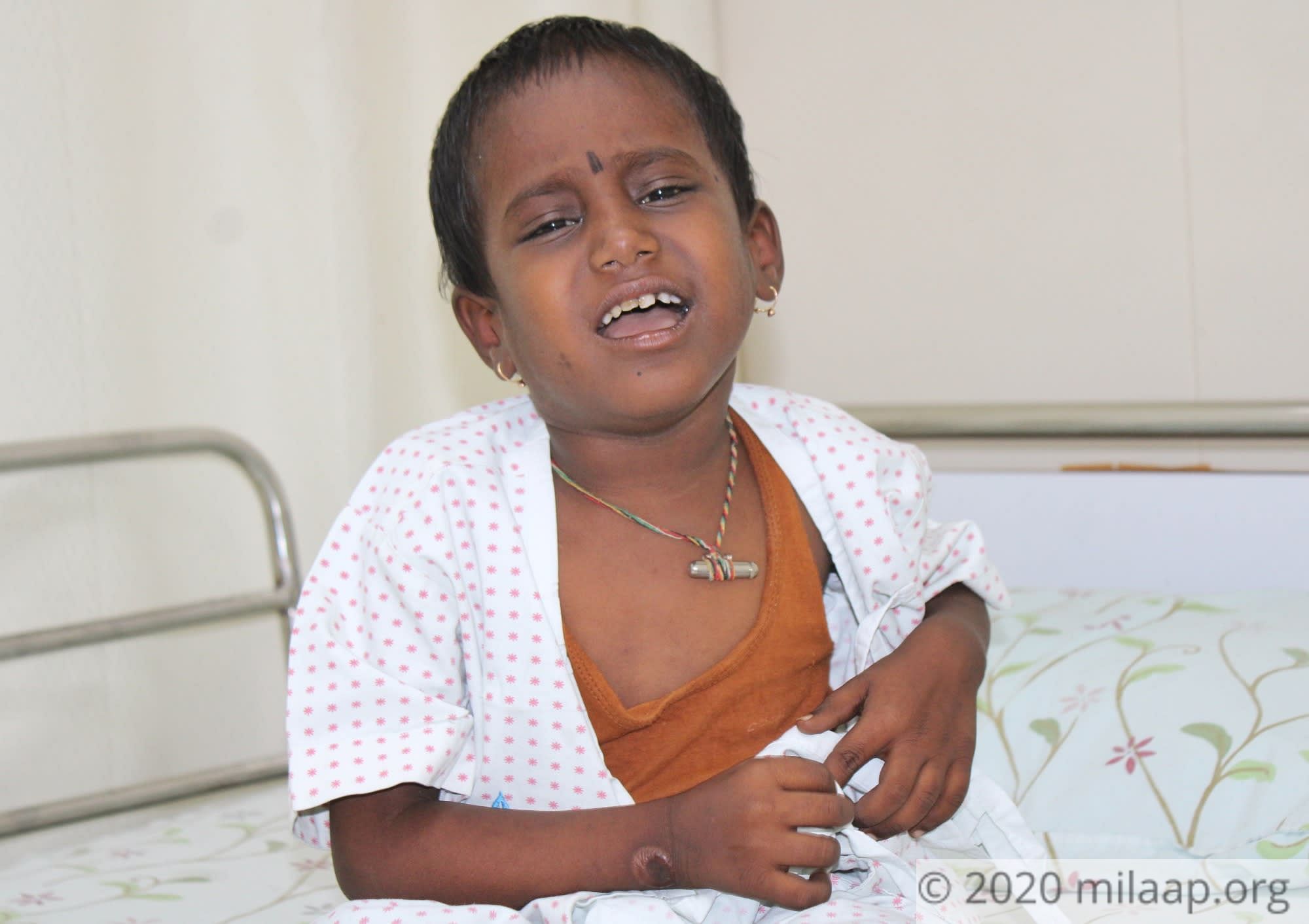 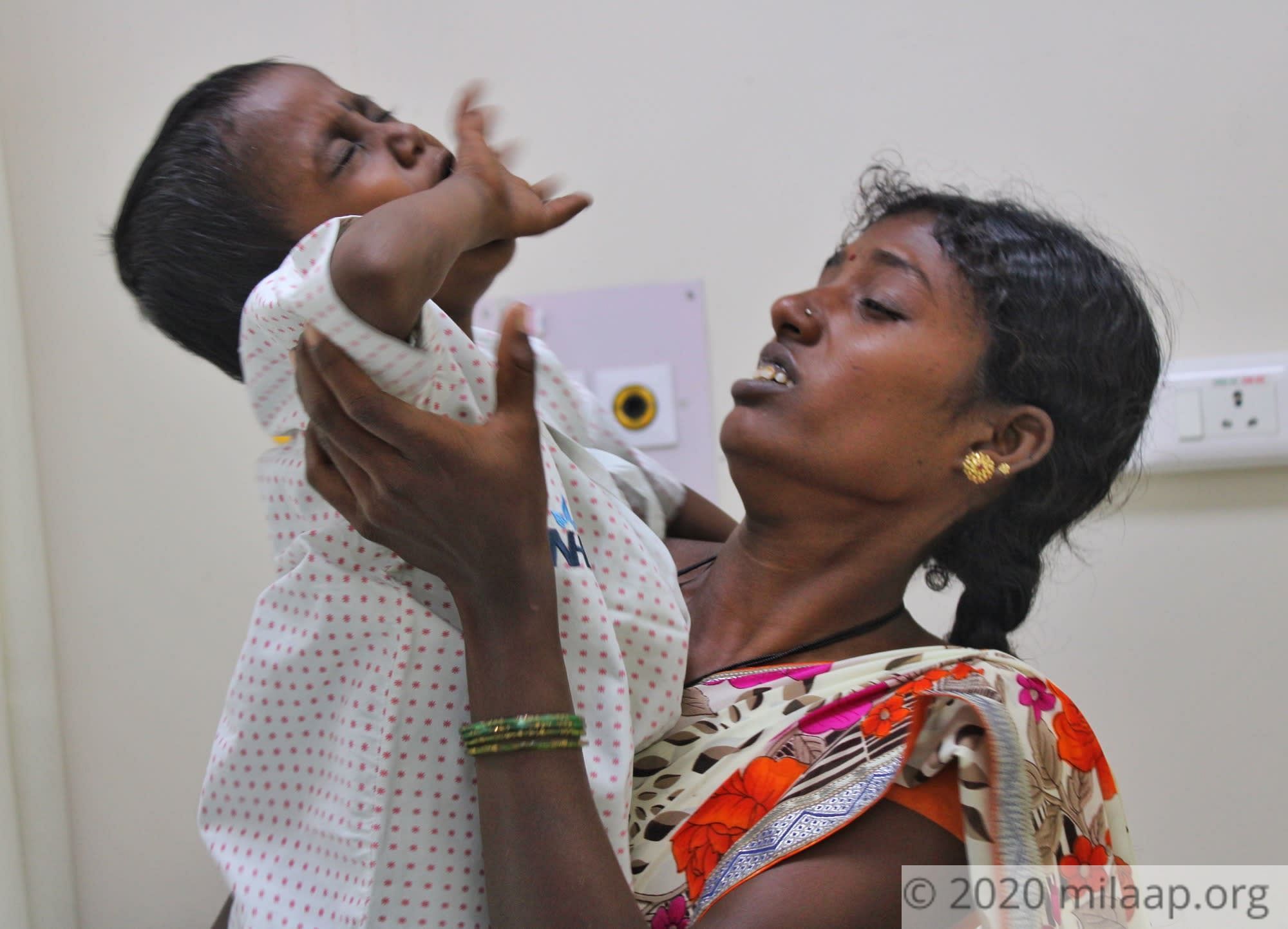 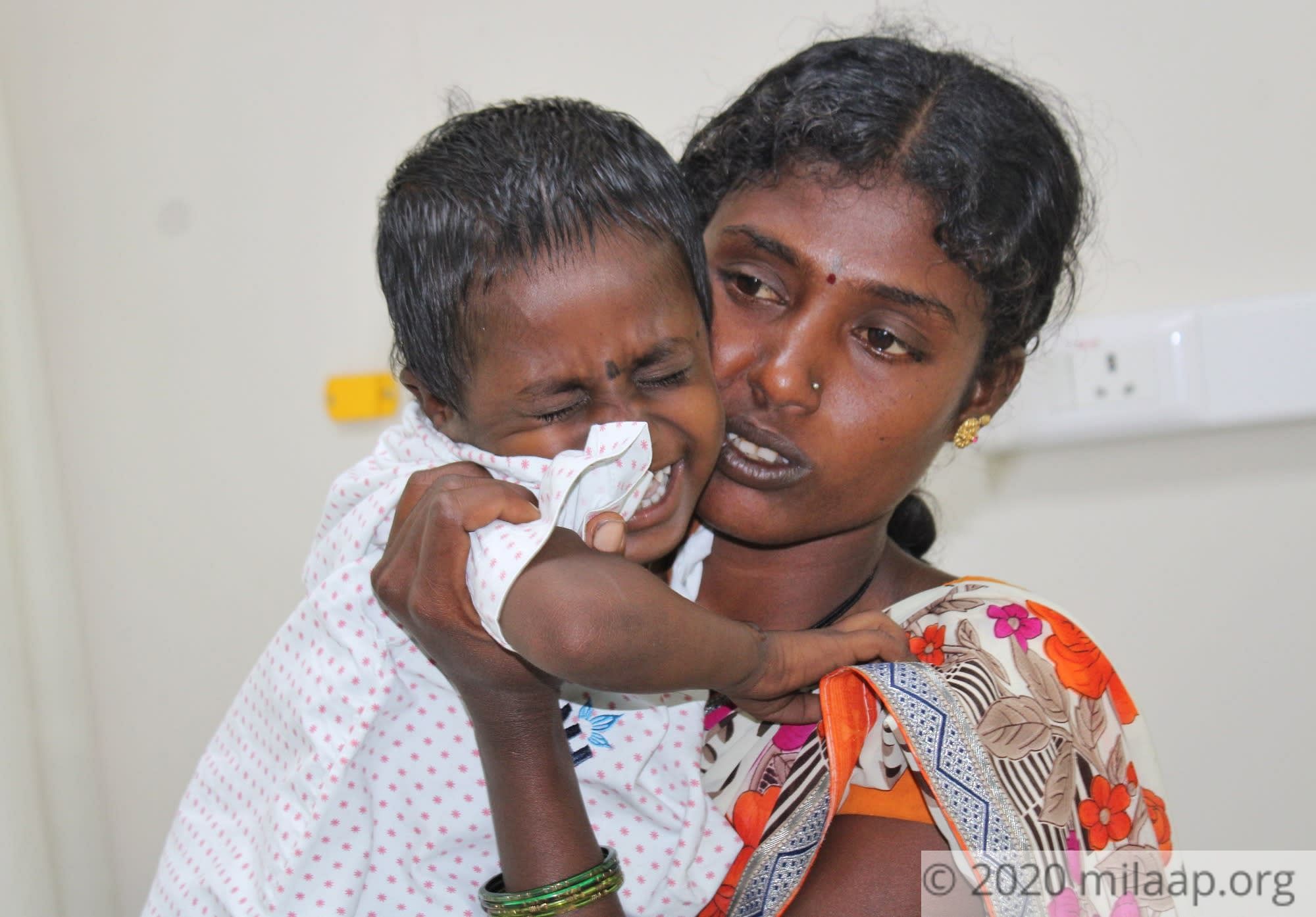 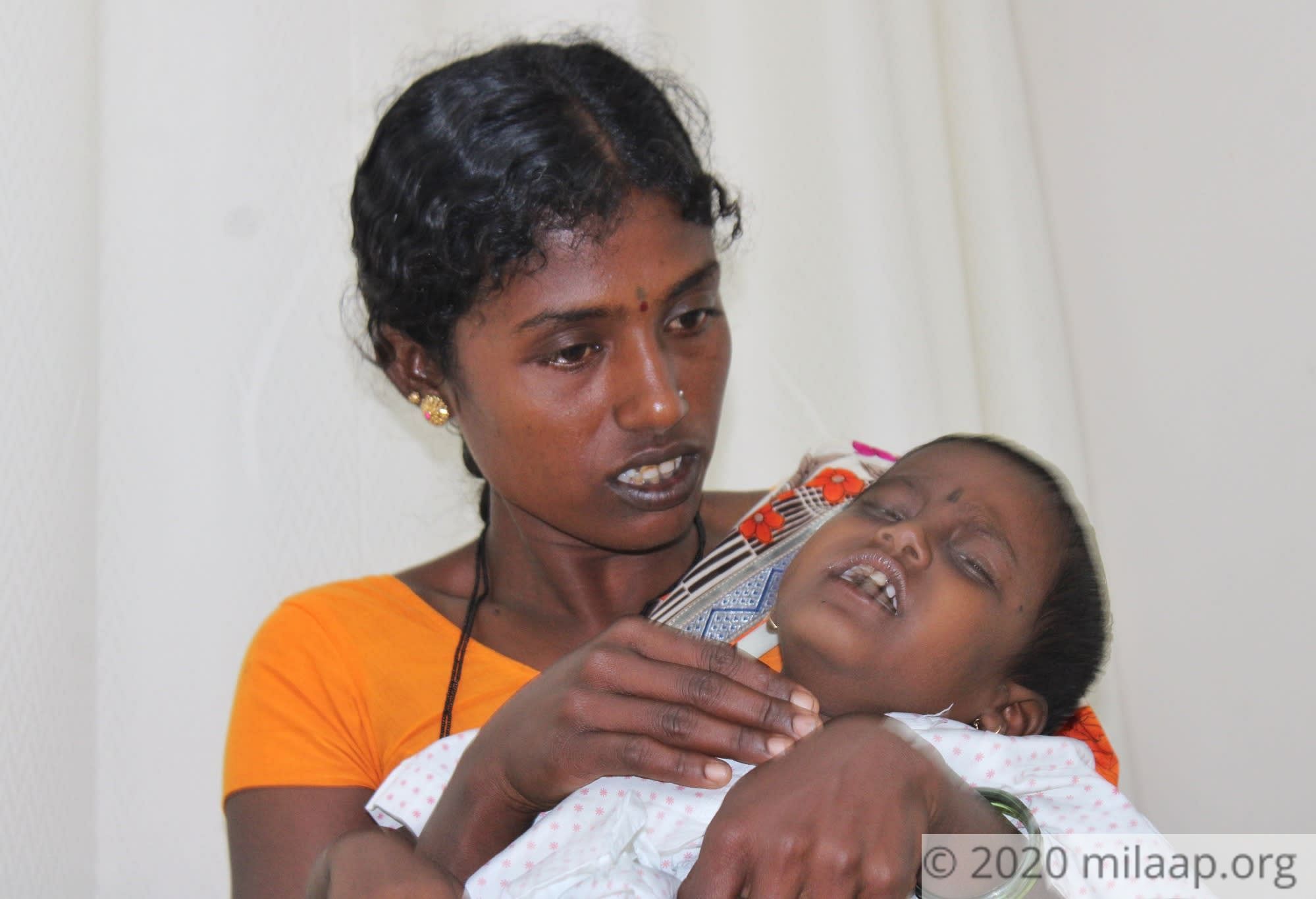 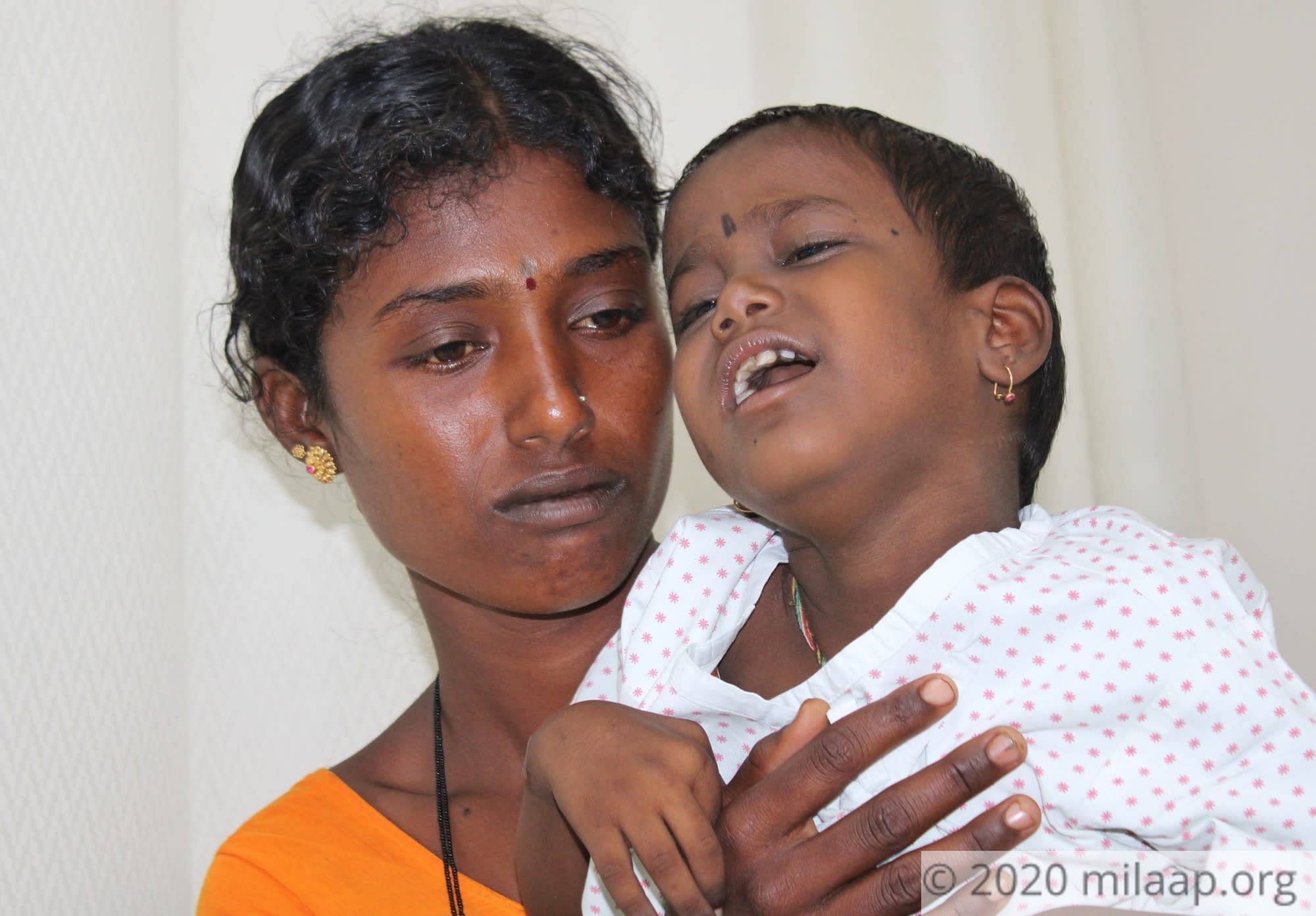 “He’s 5, but I have to carry him so that he doesn’t run away. He tries to wriggle out of my grip, pushes me away, cries and begs me to take him home, every time we enter the hospital. He hates it that much. But I just can’t. The injections terrify him. The pain terrifies him. And watching him suffer so much breaks my heart.” – Lakshmi, mother

But Malingappa has no other option but to go through this pain. Every day. He has a dangerous blood disease called Aplastic Anemia – a condition in which the body stops producing new blood cells. The only cure for this is a bone marrow transplant. However, Balakrishna and Lakshmi are only small-time farmers. How can they afford it?

They took him to the city – his only chance to live

Mallingappa’s life changed 3 months ago. The once active and energetic boy just couldn’t get out of bed. No one knew what was wrong until they did a blood test in Raichur, a few kilometres from their village. The diagnosis was just the beginning of his fight. Malingappa has to get blood transfusions every 2-3 weeks.

“His condition is very serious, so the blood he gets is not enough. We were told he needs a bone marrow transplant that costs lakhs but we wanted to be sure. We took him to 2-3 hospitals, everyone said the same thing. We took him to Bangalore, his only chance to live.”

Malingappa is now back in his village and can’t get his treatment until his parents can afford it. He doesn’t even play with his younger brother anymore. He tried to go to school the other day, but his father had to pick him up just after a few hours because he couldn’t even sit up at his desk. The disease is killing him.
Balakrishna and Lakshmi are farmers, but they don't have their own land and have to work on others'. While it doesn’t take much to run a family in their village, they can barely afford to spend even a rupee more than what they earn, which is just about enough to afford 3 meals a day.

"We can't afford to buy new clothes every year, we can't even buy him ice cream every now and then. How can we have savings? I haven’t seen more than a few thousands together in my whole life. The thought of arranging for lakhs is scary…and impossible. The first time we went to the city was only to take him to the hospital.” - Balakrishna, father

Balakrishna and Lakshmi spent everything to take Malingappa to Bangalore. The next time they can take him is only if they find a way to afford his transplant. Till then, Malingappa has to continue getting blood transfusions – but it won’t be long before even this won’t work. He needs a bone marrow transplant, and soon. 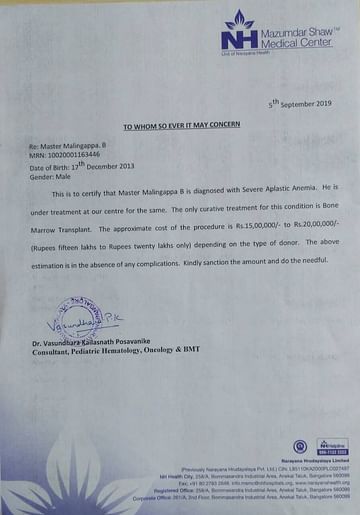 Click here to know more about Mallingappa
Donate now
OR
Click here to read the instructions before you make a bank transfer.

Donated to this campaign via Bank transfer/QR Code? Click here if you can’t find your donation listed below.
R
Rashmitha donated Rs.2,500
A
Anonymous donated Rs.100