These Twins Fell Sick Together - One Had Just A Fever, The Other A Fatal Disease | Milaap
loans added to your basket
Total : 0
Pay Now

These Twins Fell Sick Together - One Had Just A Fever, The Other A Fatal Disease 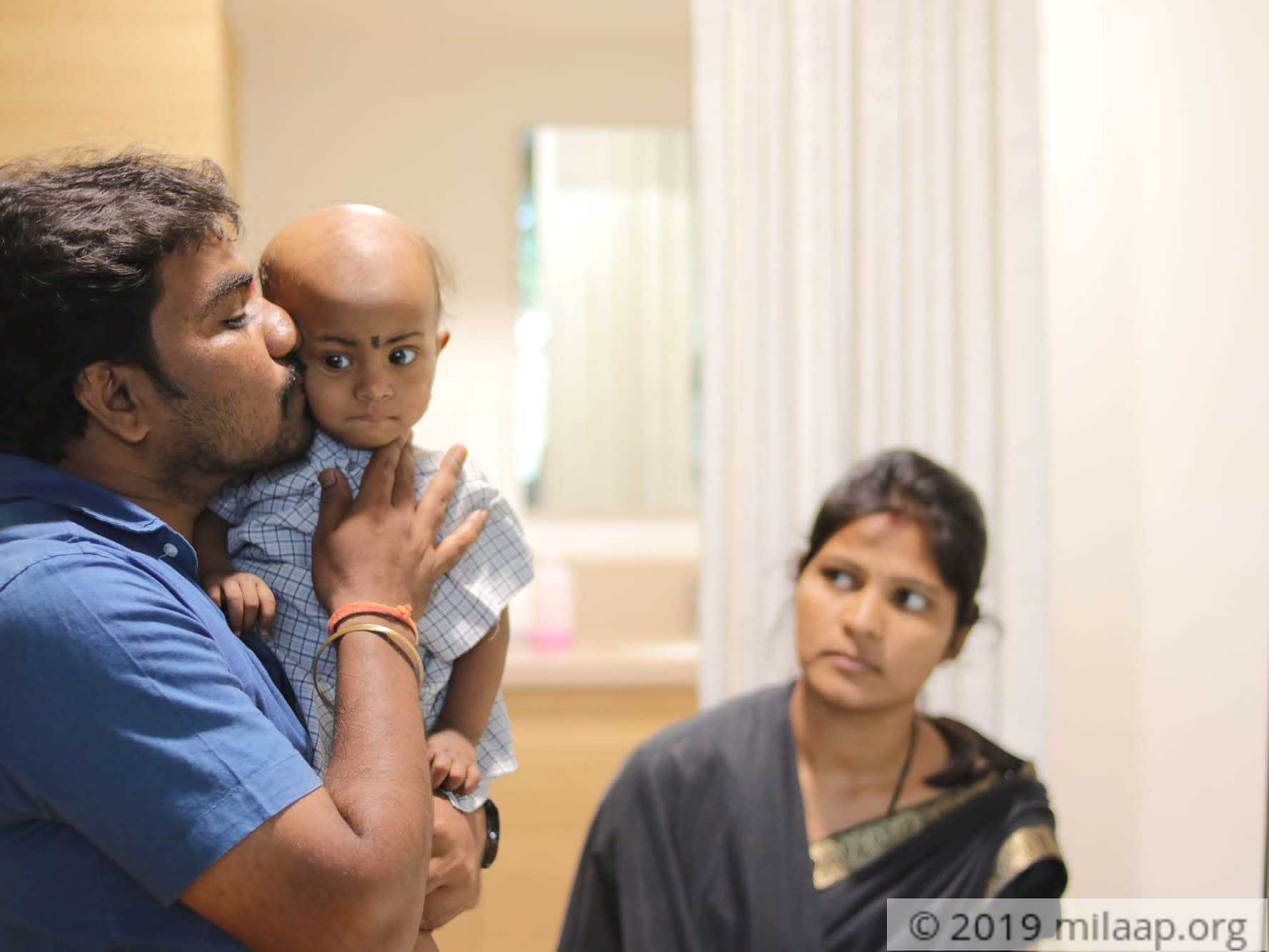 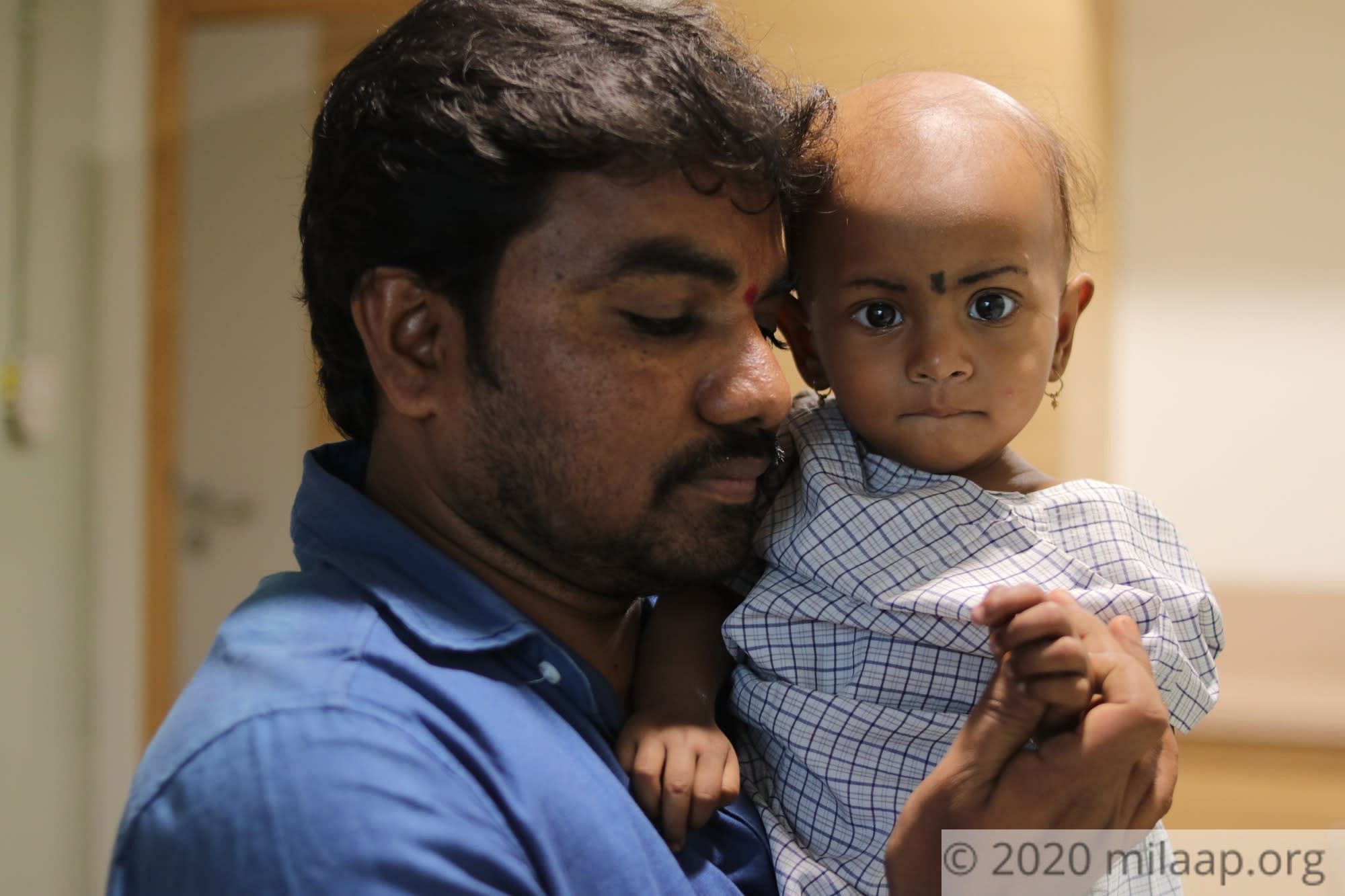 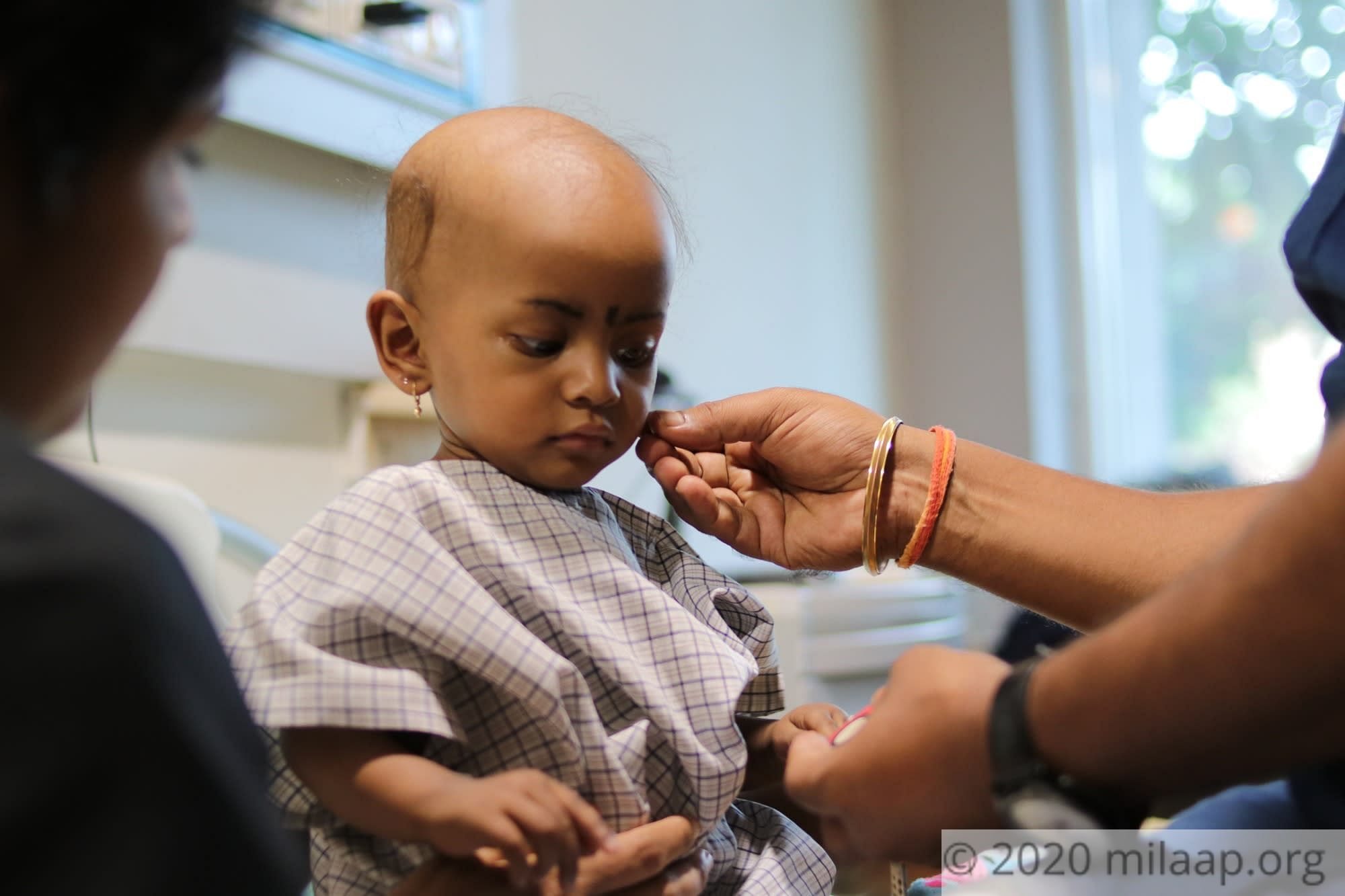 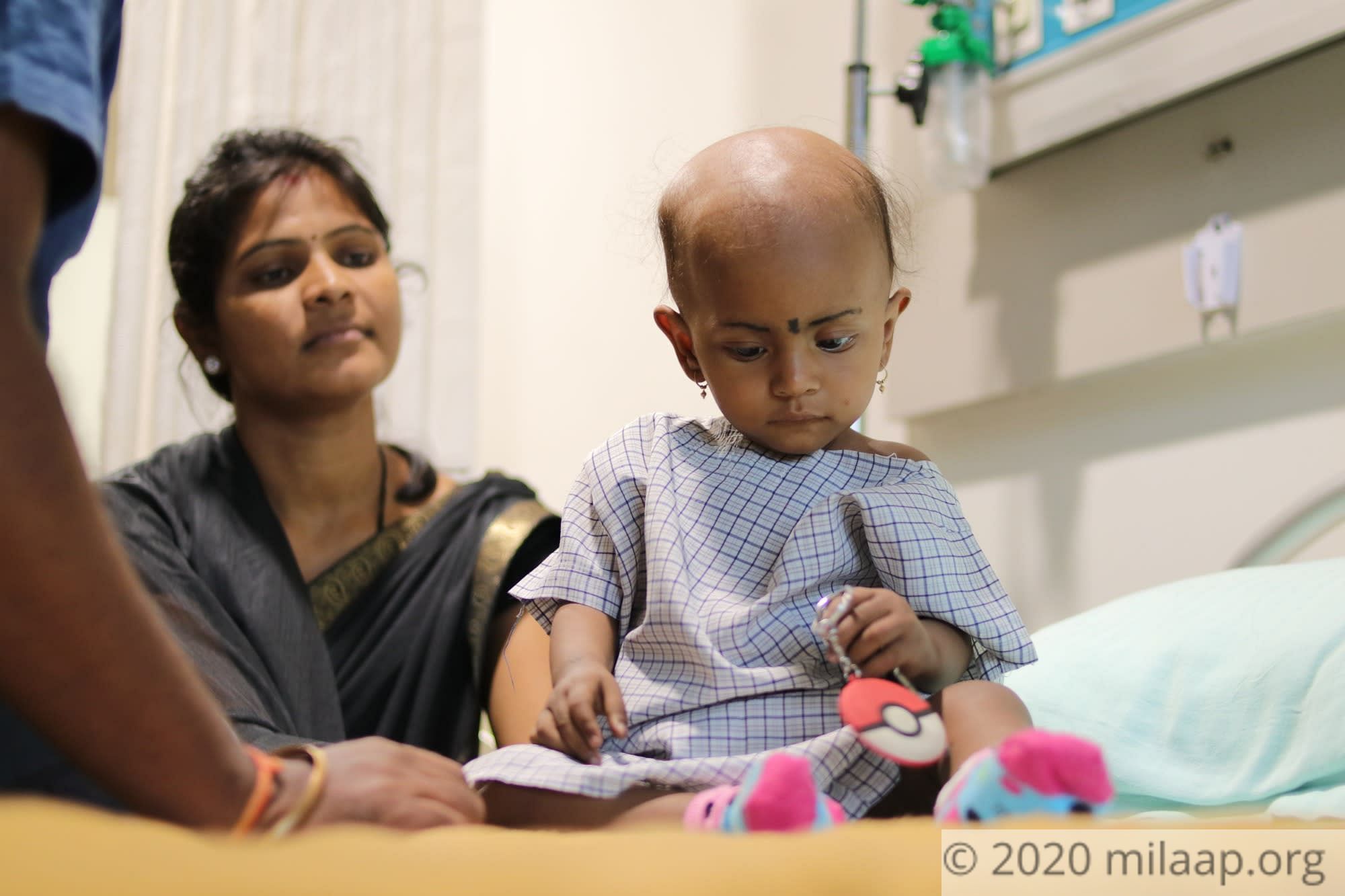 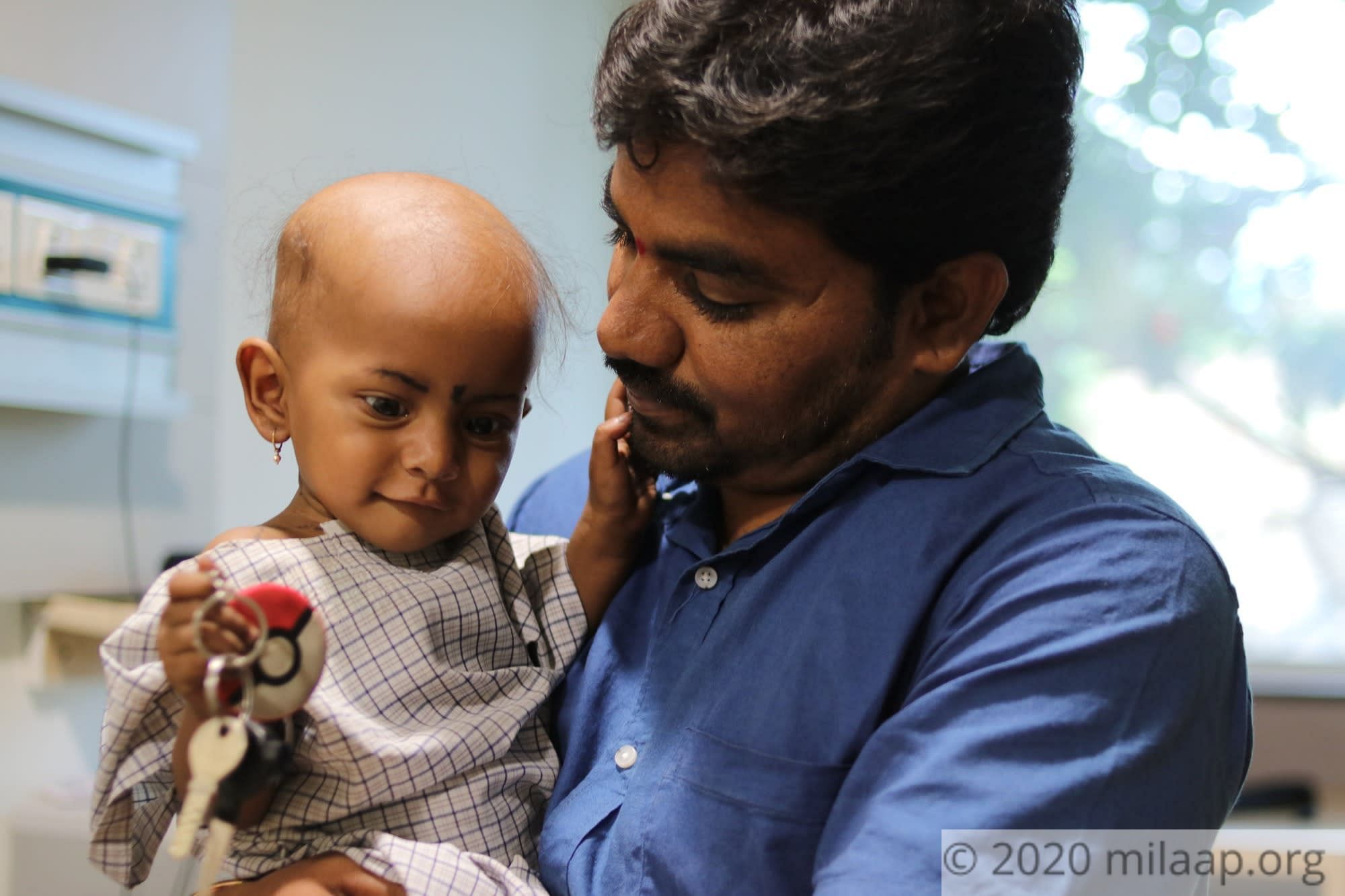 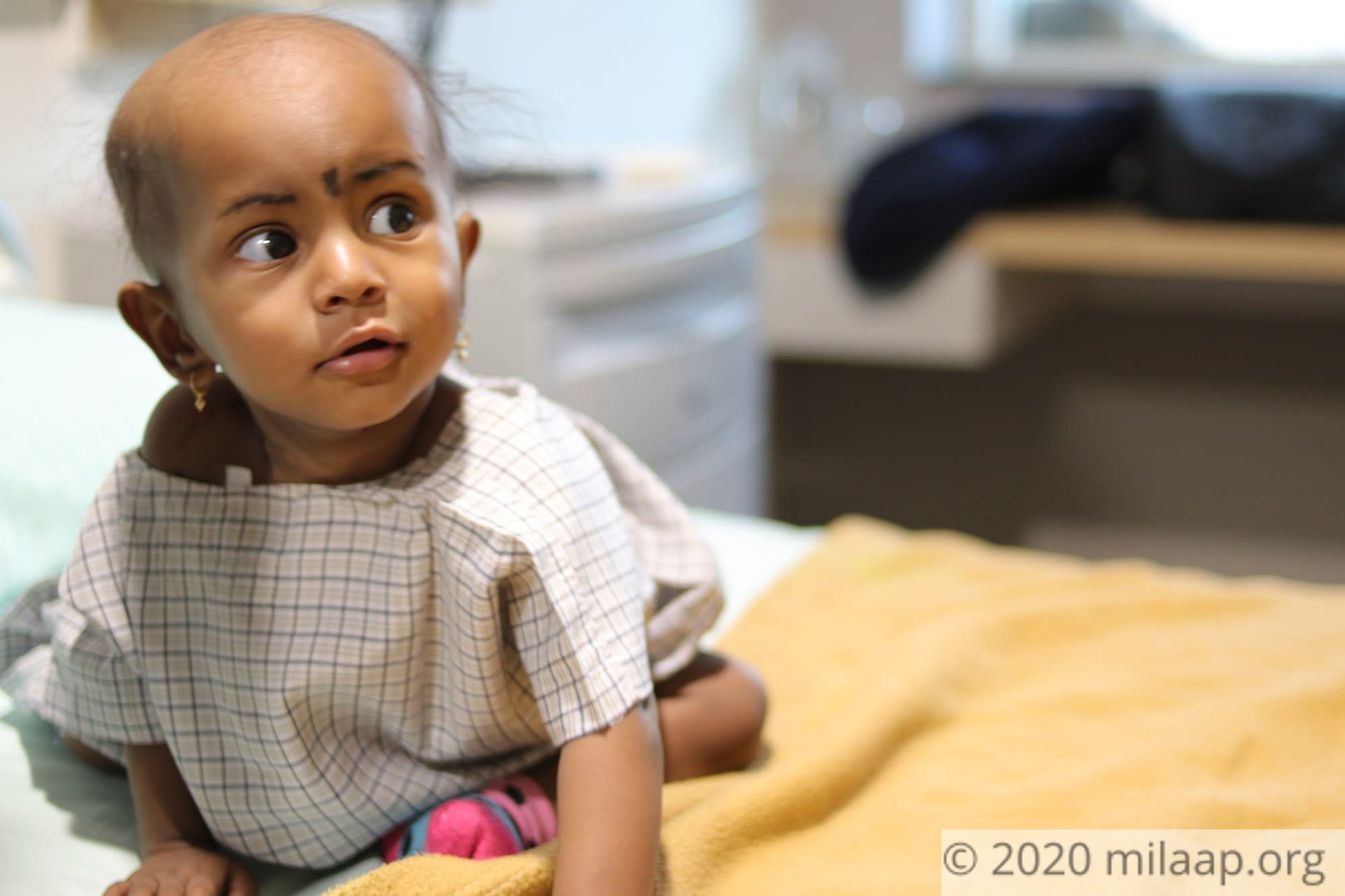 “Krushi and Krupa fell sick on the same day. I carried them both to the hospital in the morning, they were even wearing the same clothes. That evening, I came back home with normal medicines for one, and a file of reports for the other. Krushi’s fever was cancer. A large cancerous tumour on her liver.” – Gururaj, father

Krushi and Krupa are twins. Their first birthday is on November 9th, and more than anything, Gururaj and Lakshmi want them to celebrate it together. But while Krupa is back in their hometown in Raichur, little Krushi is fighting cancer in Bangalore. She has had 10 rounds of grueling chemotherapy, but she has stayed brave throughout. Even now, she smiles when she meets someone new. But Krushi’s cancer is aggressive.

May 13th – the day that changed their lives

Krushi’s diagnosis came as a shock to Gururaj and Lakshmi. They watched Krushi get visibly weaker in front of their eyes. She stopped playing as much as Krupa, she even got quieter. The disease was taking over her life, her entire body. They had to start chemotherapy soon.

“Lakshmi was so sad, she would cry all day. Before the chemo started, I told her every day that we have to accept this. This is our reality now. We can get through this only by staying strong…we took Krushi to Bangalore. We rented a small house near the hospital…did everything we could till now. Krushi looks nothing like her twin now...she has lost all her hair, her weight...they used to do everything together. And now..”

Gururaj and Lakshmi, both teachers, spent all their life savings on Krushi’s treatment so far – 11 lakhs. Krushi has responded well to chemotherapy. In fact, she’s even going back to her playful self. But this isn’t the end for her. She needs a surgery tomorrow to remove the tumour, followed by a bone marrow transplant.

Right now, Gururaj is back in their hometown with Krupa and their older son (4). While Lakshmi is with Krushi. Both of them have only one thing on their mind – how will they afford Krushi’s surgery tomorrow?

“I have to keep taking off from work. Lakshmi hasn’t gone ever since Krushi fell sick…we’ve put everything we had into her treatment. Borrowed from friends and family…now I have nothing. She has made this far, we can’t stop now! She needs a surgery tomorrow, but also isn't enough."

Little Krushi is a fighter and can beat this disease if she gets the surgery and treatment in time. If it’s stopped, there’s no saying what can happen. When everyone thought she wouldn’t make it, Krushi fought with all her might. Now, she needs your help. 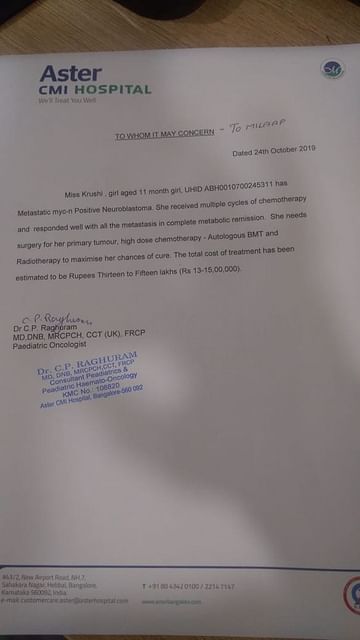 Click here to know more about Krishi
Donate now
OR
Click here to read the instructions before you make a bank transfer.