Money Is The Only Thing That Can Save This 5-Year-Old, The Family Has None | Milaap

Money Is The Only Thing That Can Save This 5-Year-Old, The Family Has None 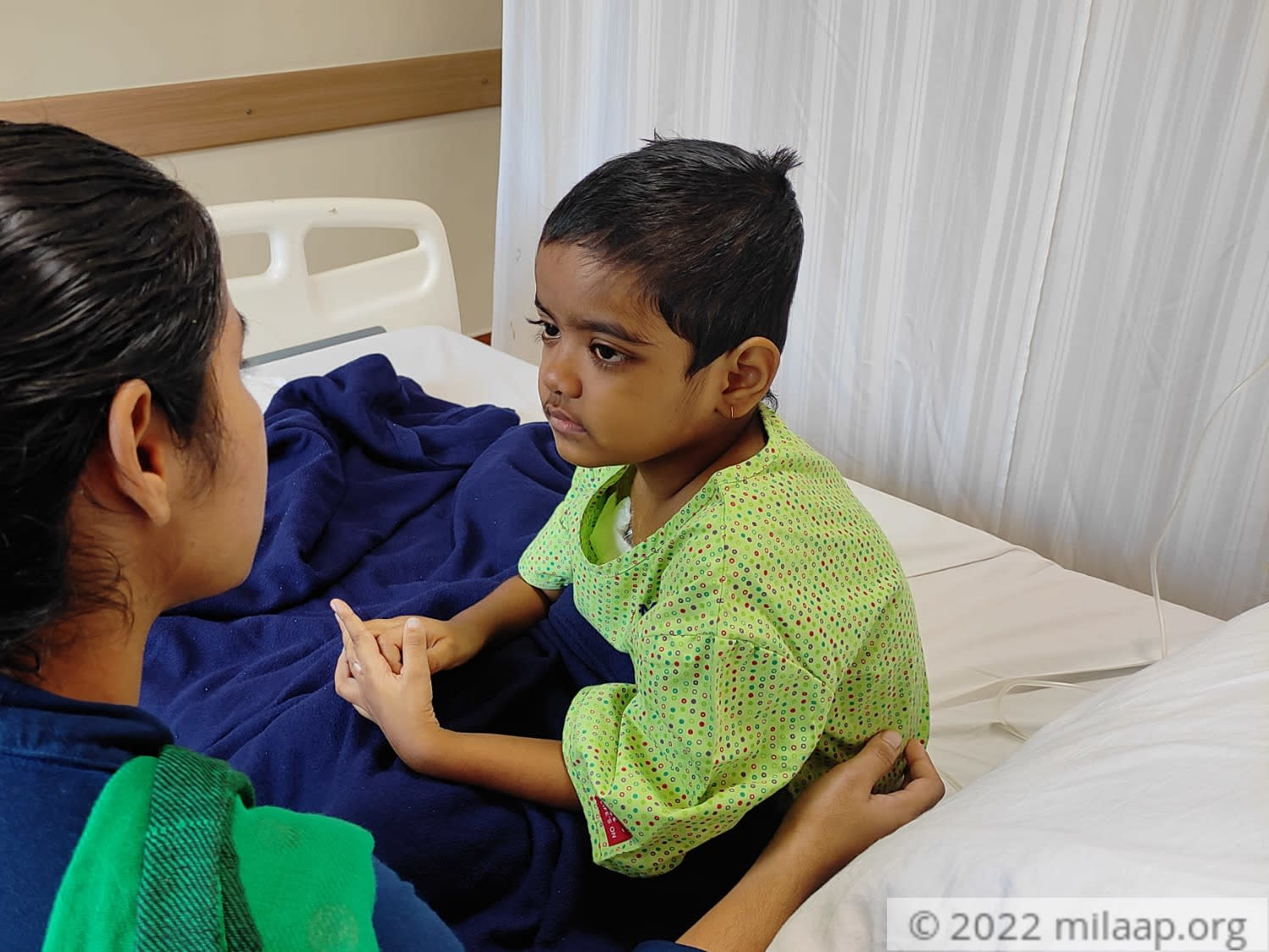 Share
“Never in my worst dreams did I think something like this could happen to my five-year-old child. She has lost all her spark as the disease dries up all her energy. She is always on the verge of crying. I have sat over her bedside, helplessly, as she writhes in pain that comes after her medication and treatment. I have to pretend that I am stronger and control my emotions for her mother. Her mother is the one who is with her all the time. I don’t know how, at the end of the day, she manages to keep herself collected and composed,”
-Martujasab Pinjar, father

Martuja and Farita’s five-year-old daughter, Khaanam, was like any other child her age until the tragedy struck a year back. Khaanam began to become increasingly sick as the days passed and the doctor her parents were taking her to in Goa treated her symptoms as common cold and fever.

“Almost every alternate day we had to take her to the doctor. She had become very weak and agitated but we thought it was only because she had fever and she was so little that she couldn’t cope,” Farita Begum, mother

Khaanam’s parents suspected something much wrong was going on with their daughter’s health and took her to a private hospital in Goa two months back.

“Tests were done and we found out she had blood cancer. We were stunned the entire day and managed to explain our daughter the gravity of situation only a day later. We then immediately began her treatment,” Martujasab Pinjar, father

Khaanam’s father is a government employee and barely makes Rs. 25,000 per month. They have so far spent Rs. 1.6 lakh from their pockets and have no savings left now. The five-year-old child requires to undergo curative-intent chemotherapy for months which will cost the family a further Rs.14 lakh.

“Doctors say if we manage the arrange the funds and the treatment continues, there is a 95% chance of her surviving cancer. We are now dependent on the kindness of the strangers to save our daughter and give her a life that she deserves,” Martujasab Pinjar, father

“Once when she was in hospital for over 15 days, on one of the good days, I saw her singing her favourite Goan song with her mother. I broke down at the sight. I don’t know if I will be able to arrange the funds to see them sing together again in years to come,” - Martujasab Pinjar, father