This Teenager Is Terrified He’s Going To Die, Begs His Poor Parents To Save Him | Milaap

This Teenager Is Terrified He’s Going To Die, Begs His Poor Parents To Save Him 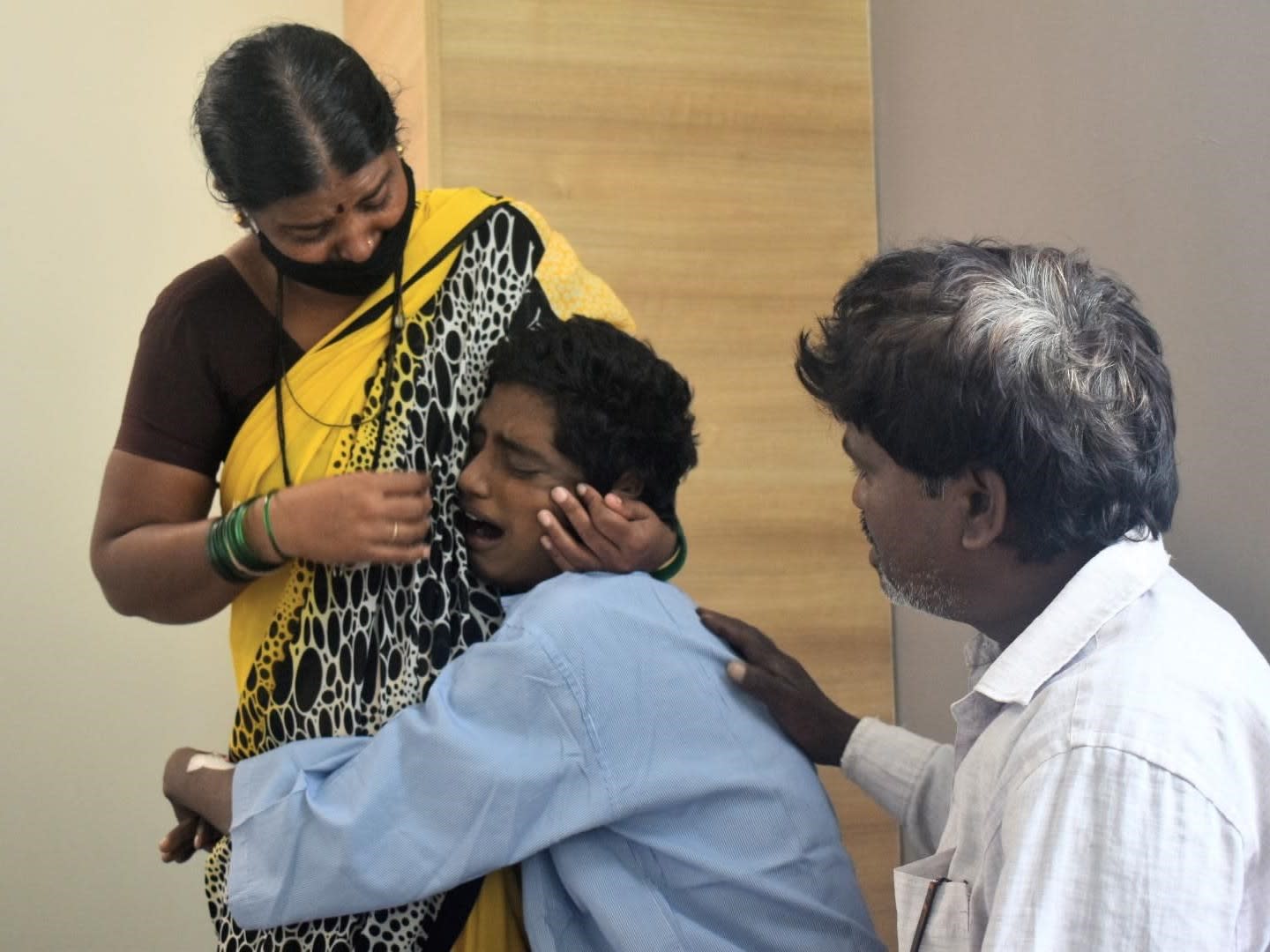 Share
Jeevan Prakash has never before been this scared, this desperate, in his life. He cries all the time, and panics whenever his parents leave his sight. He only barely survived the first time he faced death, and this time he doesn’t know what’ll happen. The poor boy doesn’t want to accept his present reality, but he has no choice.
His liver has almost entirely failed. He could die at any moment without emergency surgery.
Even adults would struggle in this situation; Jeevan is still just a boy, he's just 18.

He used to be full of hope, not desperation

Until a few years ago, young Jeevan had all the optimism and confidence that youth brings with it, tempered only by the kindness and compassion his parents had inculcated in him. Growing up in a small village, he had seen his share of people suffering for even minor conveniences, and had decided he would go into local politics as soon as he was eligible. With the help of similar-minded friends, he was sure he would make the world a better place.

“But then he suddenly got sick, getting increasingly weak. His eyes turned yellow, and soon we found out he had a tumor in his liver. That was the first time our boy had a brush with death, and it nearly broke him...” — Mananda, mother

He survived the tumor, but only barely; he’s too weak this time

“Somehow we were able to put together the money and get him a surgery to remove the tumor. Physically he was fine soon after that, though it took a while for him to mentally recover. Eventually he started going out with his friends again, spending time with his cousins and other relatives. It seemed like things were going back to normal. But then his eyes started turning yellow, just like last time... It scared all of us, but Jeevan took it hardest. He’s old enough to understand that this time he might not make it, because his parents are too poor to save his life a second time!” — Niranjan, wiping his eyes

Poor Jeevan is in the end-stages of a severe liver disease. At this point only a liver transplant in the next two or three days can save his life; without it, he will not survive. Having been through a close encounter with death once already, this teenager is desperate for treatment. He doesn’t want to die like this; he has so many dreams, so many things he wants to do. He knows what’s coming, but is unable to do anything about it.

“I have a small job in a small water-supply plant; I carry bottles. It fetches me 9k a month, which isn’t great but it was enough for me to take care of my family. The first time Jeevan got sick, I had to borrow money from all my friends and relatives for his surgery. Making ends meet has been a terrible struggle ever since, especially over the past few months with the lockdown. How can I afford a 12 lakhs procedure now?!” — Niranjan

This whole family is desperate; perhaps none more so than young Jeevan himself. Though his name itself means ‘Life’, this 18-year-old doesn’t even know if he’ll see tomorrow. You can help him by clicking here to donate.
JP
Patient Jeevan Prakash is 18 years old, living in Bengaluru, Karnataka
AC
Being treated in Aster CMI Hospital, Bengaluru, Karnataka