After 10 Years Of Struggle He Finally Has Hope But His Labour Father Cannot Save Him | Milaap
loans added to your basket
Total : 0
Pay Now 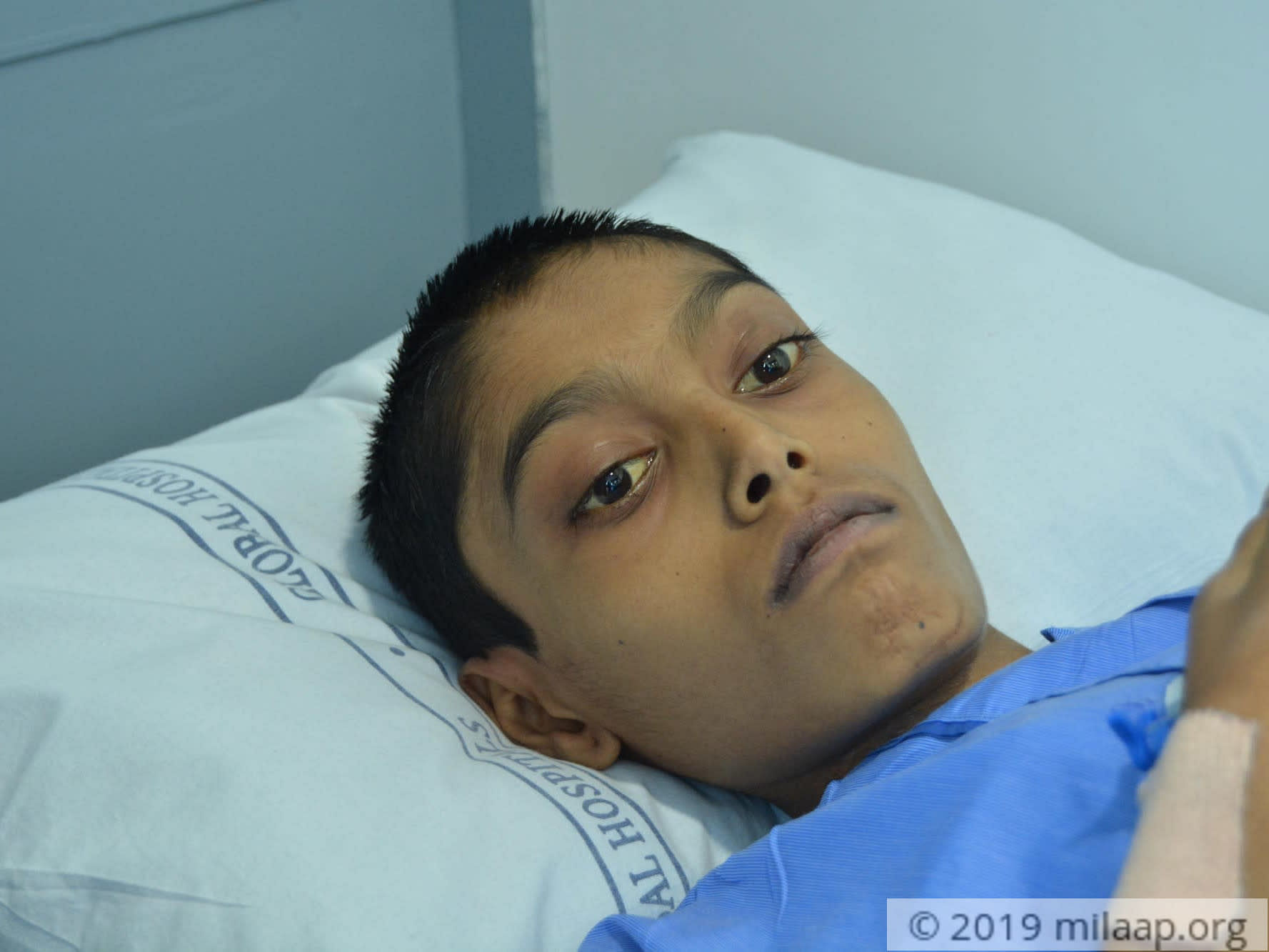 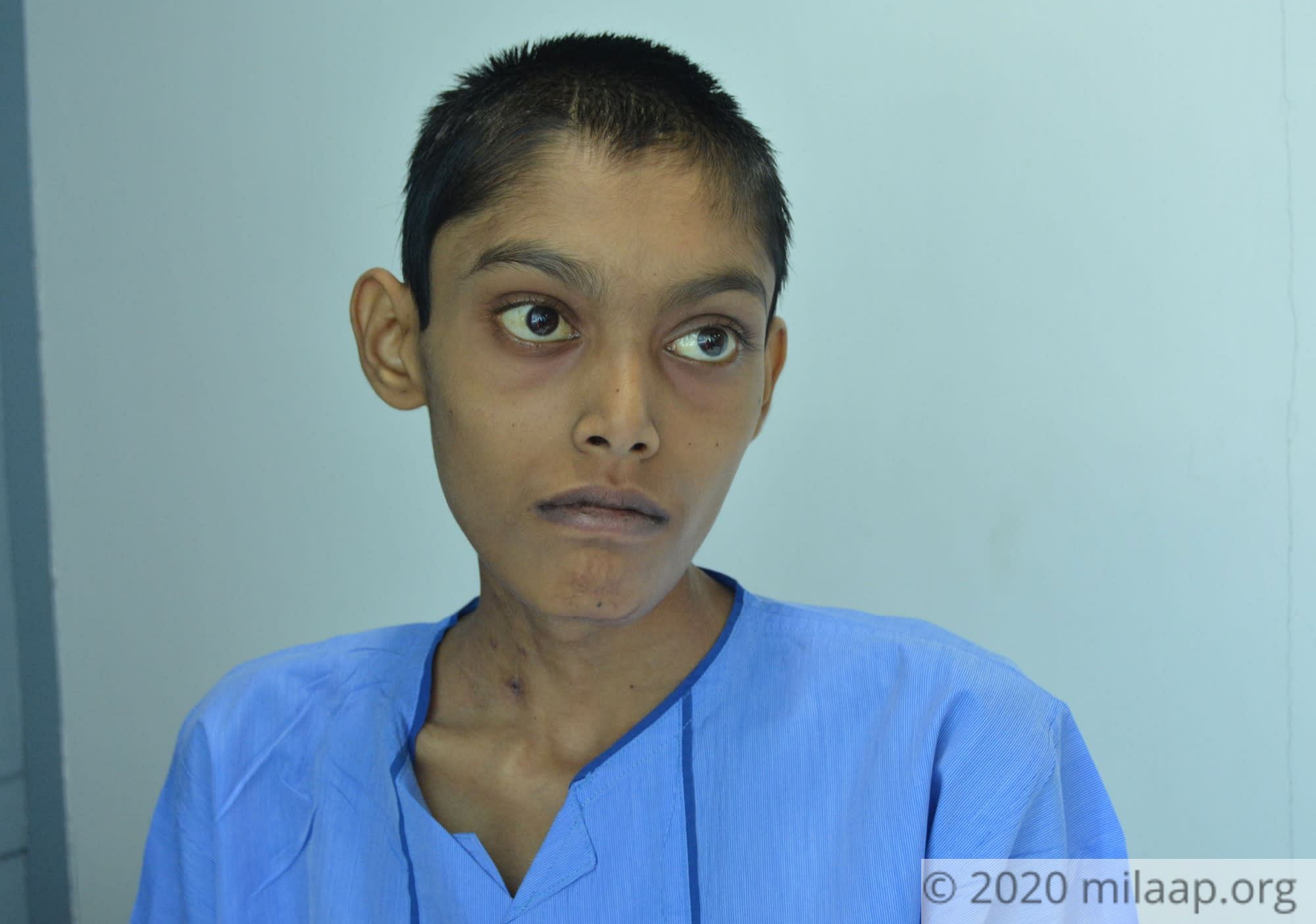 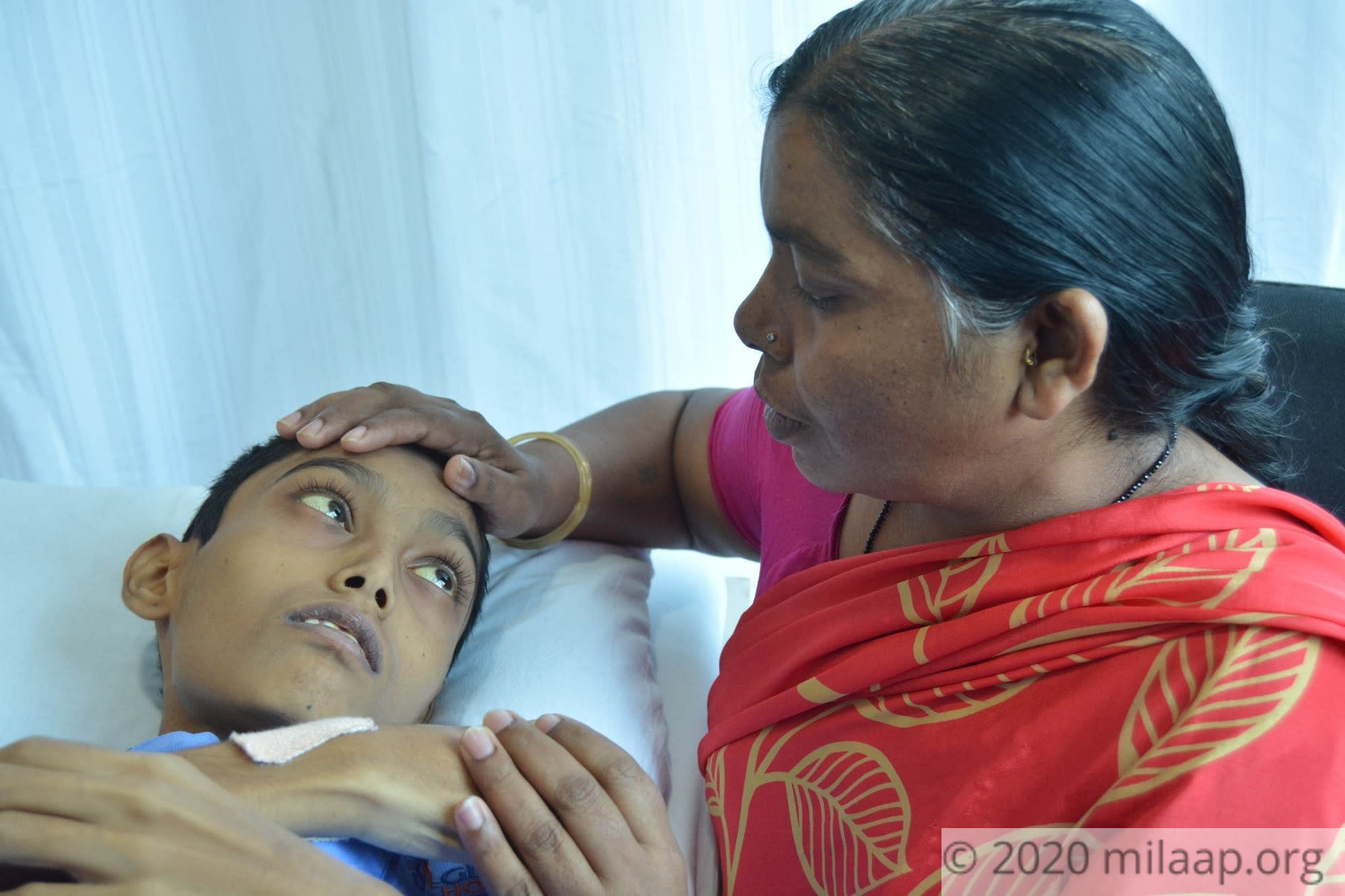 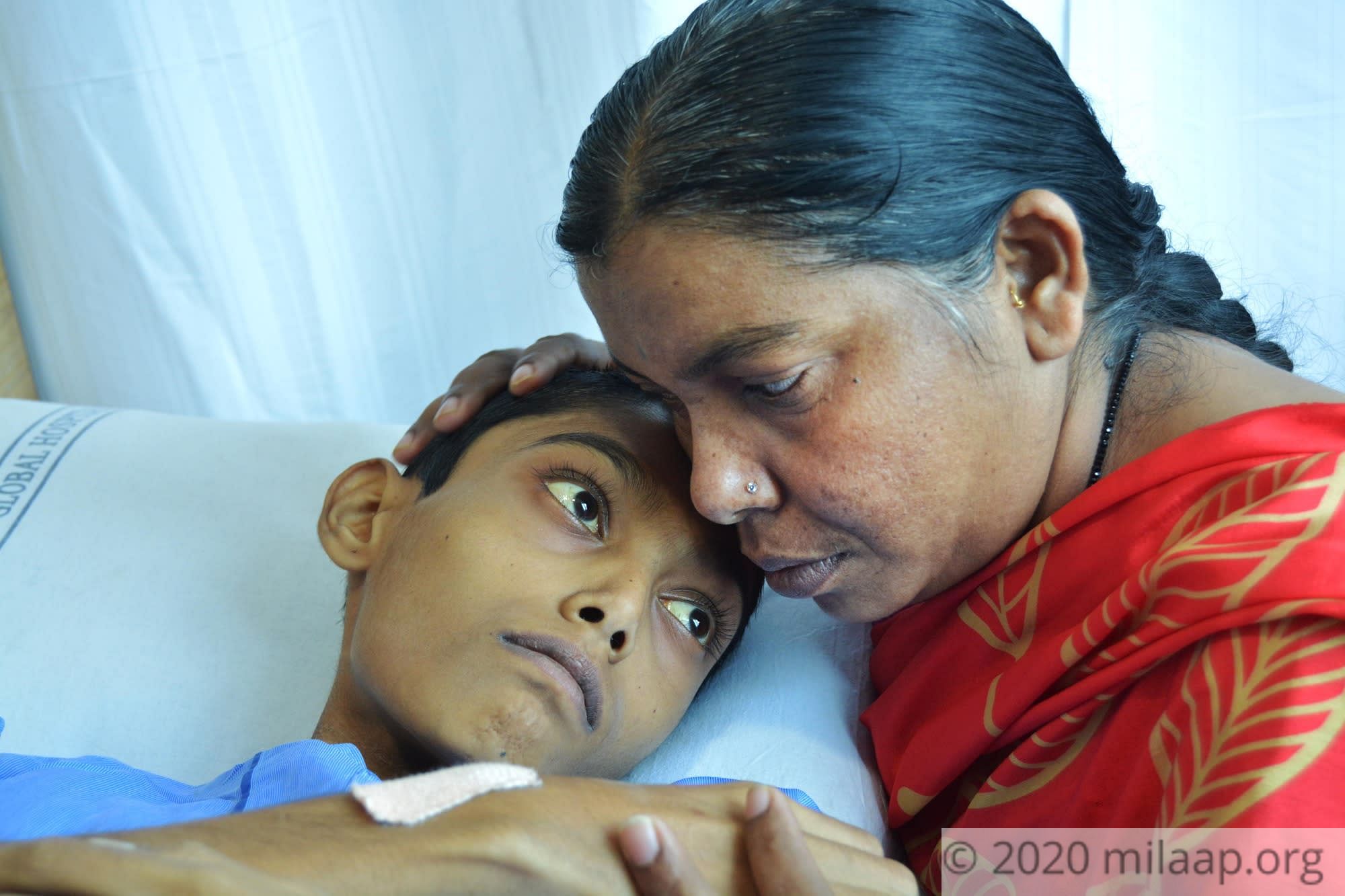 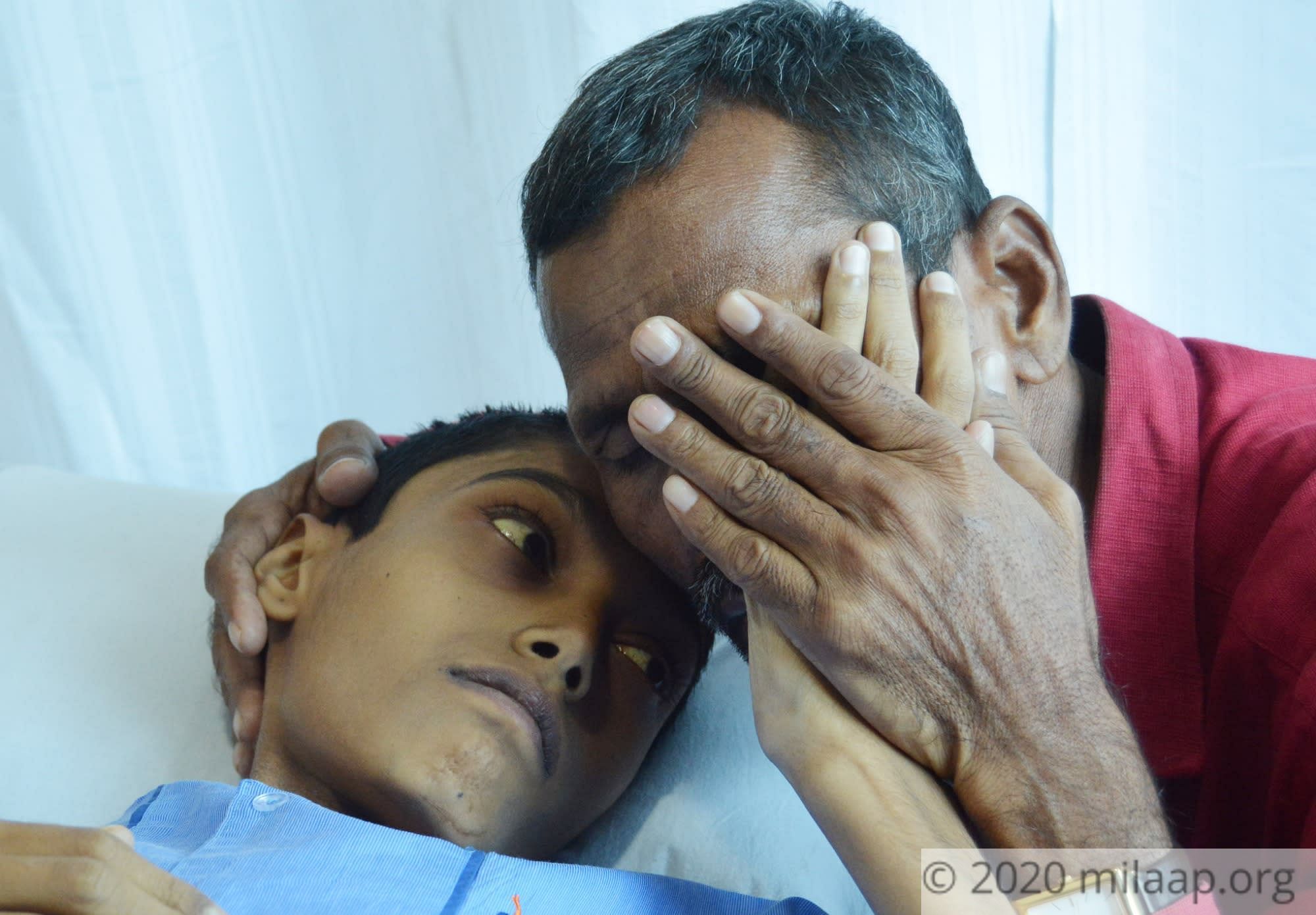 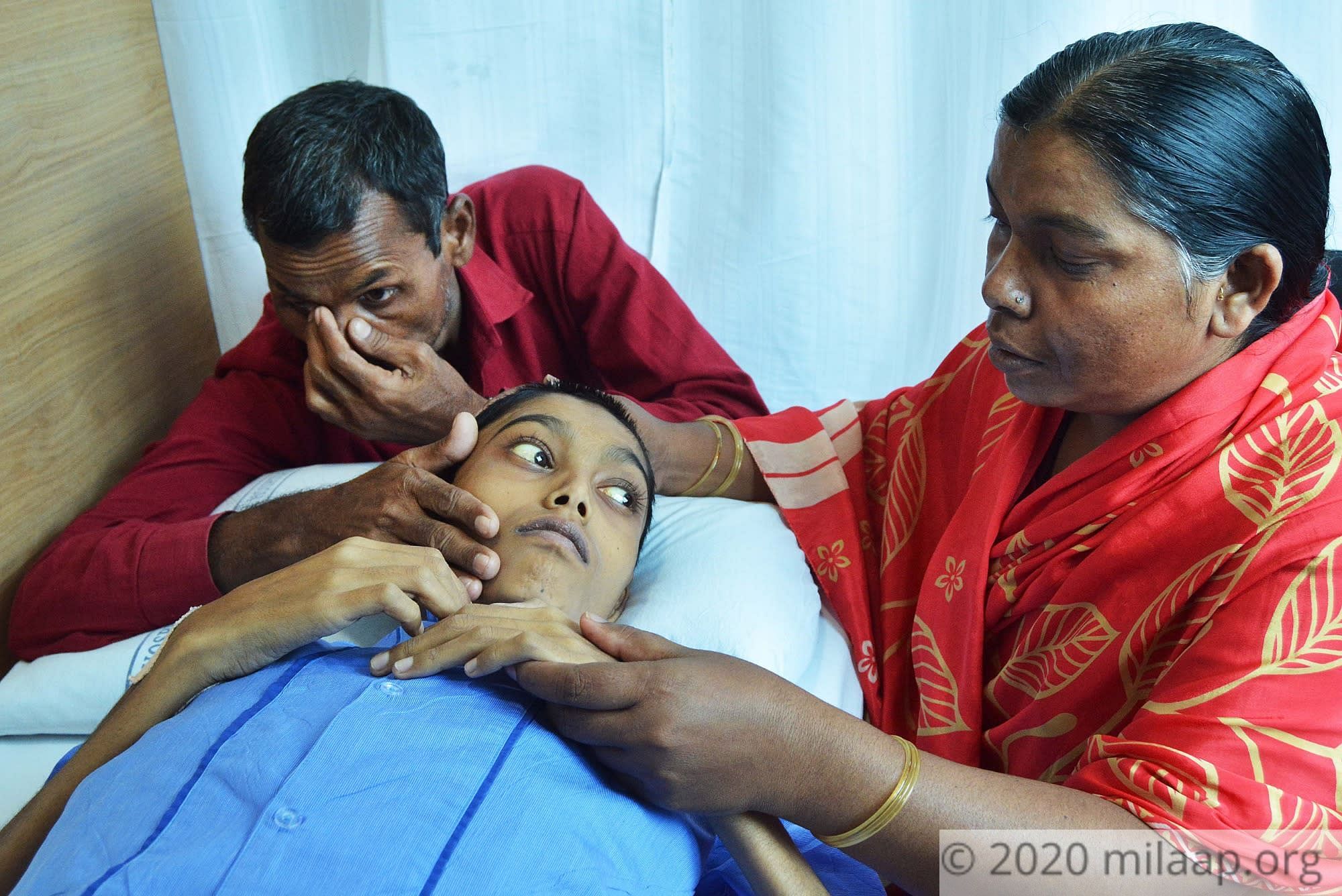 Share on facebook
Jagdish has just turned 16. But instead of celebrating his birthday with his friends and family, he is writhing in pain. Jagdish suffers from Wilson Disease, a disease in which his tissues have excess deposits of copper. This has resulted in chronic liver disease that has scarred his liver to a serious stage.  His liver is failing, his only cure is a liver transplant.

“My son has grown up with this disease. I've seen him suffer a lot of pain. It has taken away his childhood. My Jagdish used to be happy and cheerful. His face had a glow and a bright smile. Now, he is weak. Look how dull he looks now." - Pandurang, father.

When Jagdish was 6, his body swelled abnormally and he was rushed to the hospital. He was given primary treatment and medicines but no permanent cure. For 10 years, Jagdish’s health has been on a downward spiral. The helpless parents had no idea what to do to save their son. Only then someone in their village told them the family decided to go to Mumbai for getting their son treated. But it posed further challenges.

During these years, Jagdish had frequent visits to the hospital. He would return home but no one could say how long he will stay fit. He could fall ill anytime with his body burning with fever and hemoglobin count decreasing. Once he fell unconscious he would open his eyes only after 2 days. His parents were haunted by the thought of losing him.

“Those two days were the scariest time of our life. Our only son went into coma. He lay there like a lifeless body. We just wished and prayed to God to save him.” - Sagarbai, mother.

“I’m in pain. I am pricked with needles all over my body.”

His prolonged illness has affected his body but not dampened his spirit. However, at times he feels a pang of sadness over his condition.

“I get injections daily - on my throat, on my stomach, on my hands. My stomach gets filled with water very often. This is very painful. I want this to end.” - Jagdish.

I am failing to save my son

Pandurang, Jagdish’s father, is a daily wager and his income depends upon the season and availability of work. Over the years, he has spent a lot of money on Jagdish’s ongoing treatment and has no savings now.

“I work as a labour. I earn 6000-7000 per month. I stay with my son at the hospital and haven’t been able to go to work so I have no income and no savings. Now when the treatment is available, I have no money to afford it.” - Pandurang, father.

They are looking up to your help to save their son 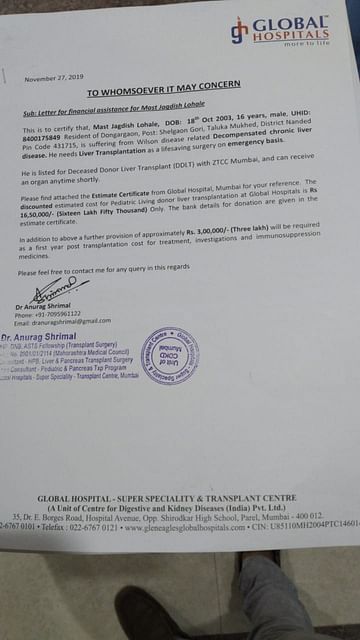 Click here to know more about Jagdish Lohale
Donate now
OR
Click here to read the instructions before you make a bank transfer.

I wish you get well soon. May god bless you the life we’re having.

Donated to this campaign via Paytm? Click here if you can’t find your donation listed below.
NP
Nainesh donated $100

I wish you get well soon. May god bless you the life we’re having.