He Wakes Up In The Middle Of The Night Screaming In Pain Because Of Cancer | Milaap
loans added to your basket
Total : 0
Pay Now 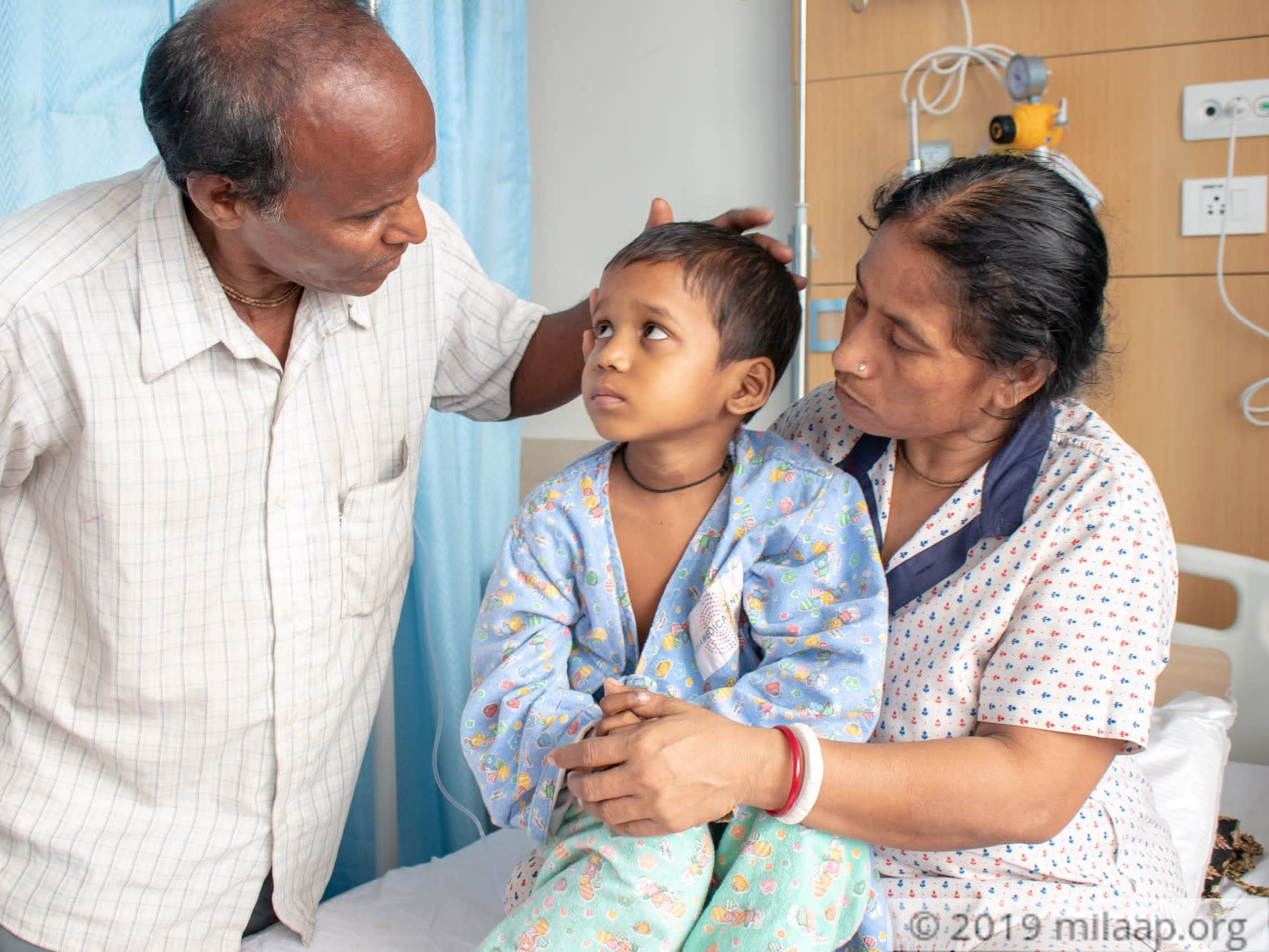 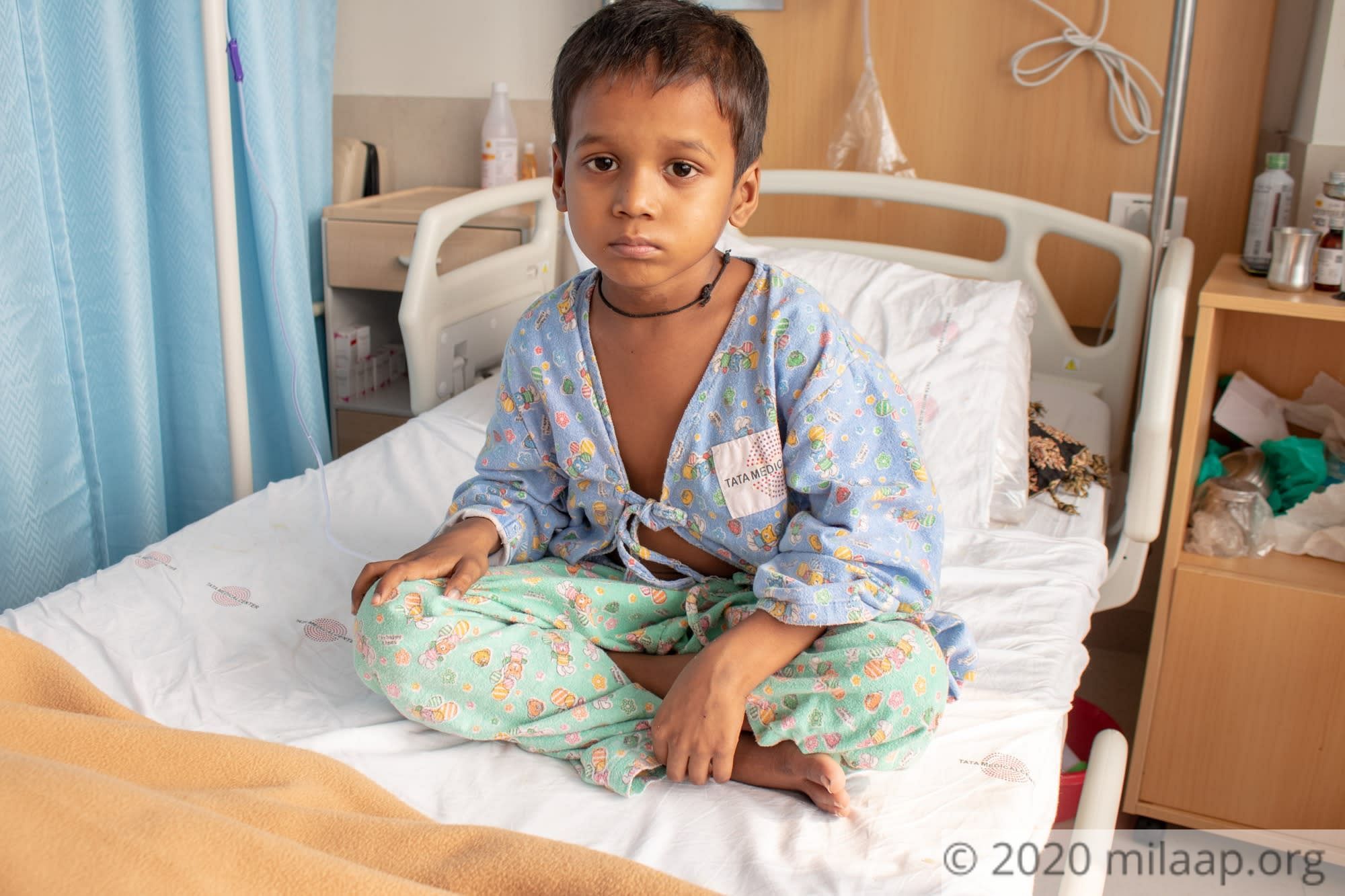 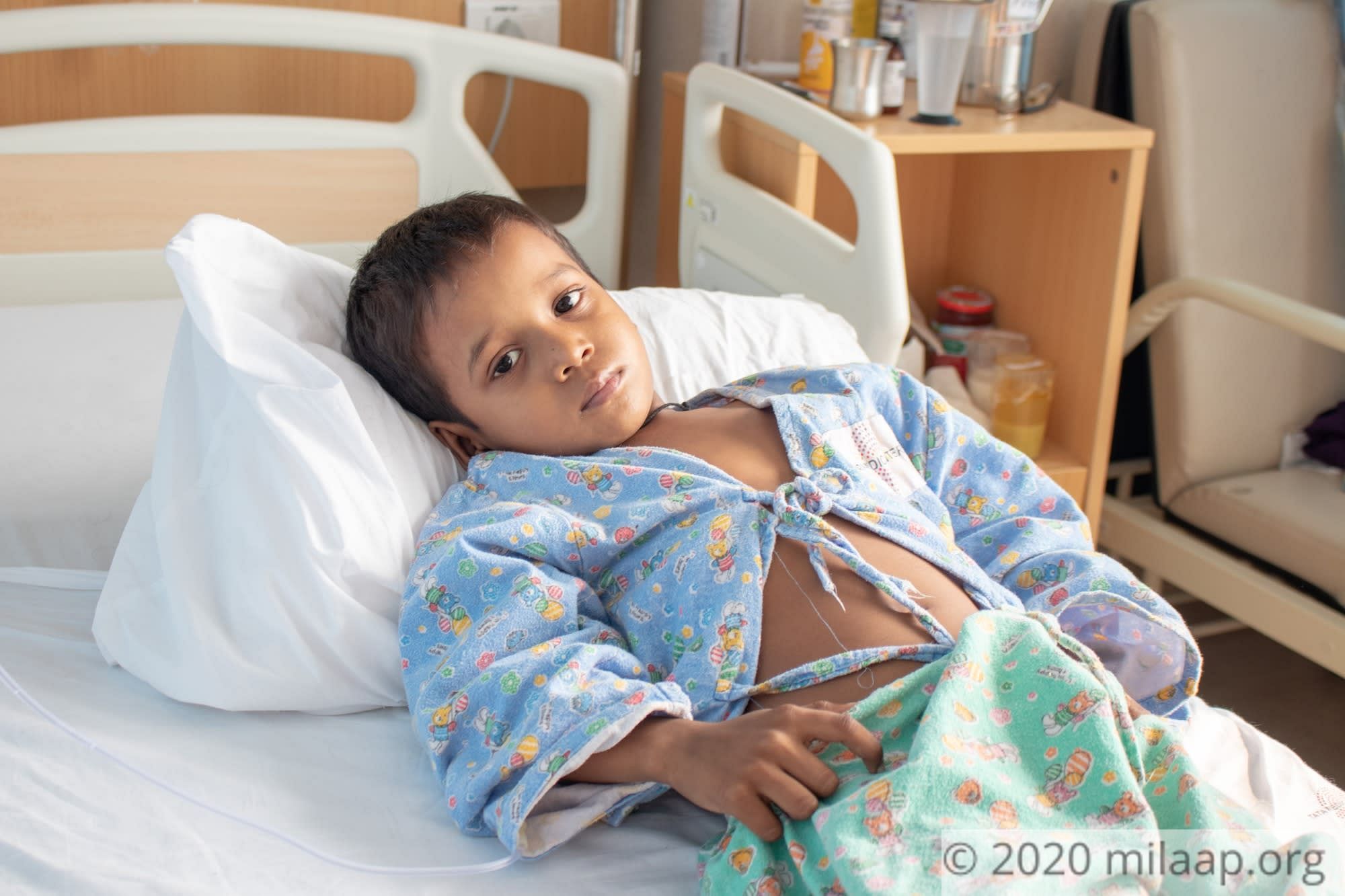 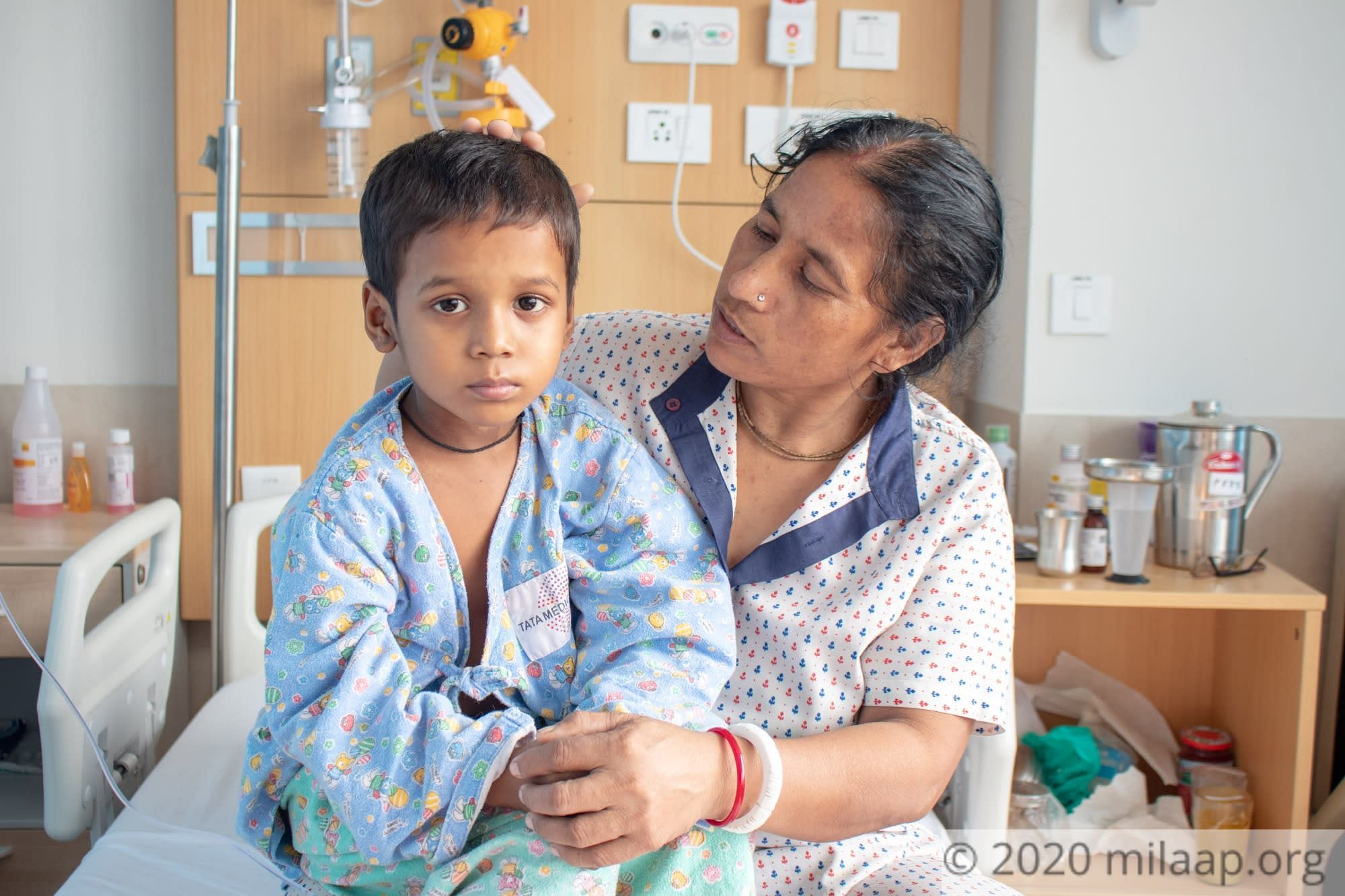 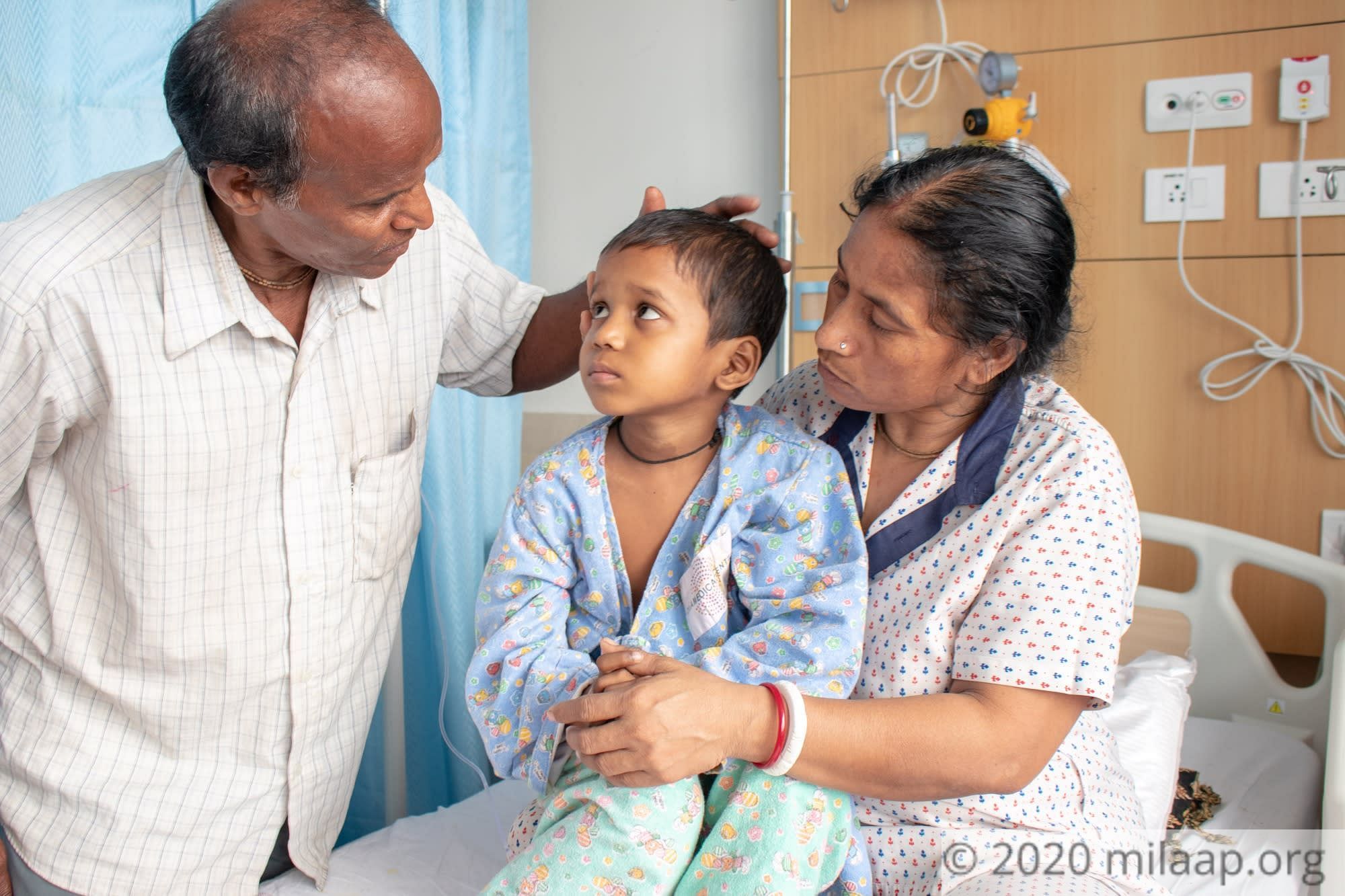 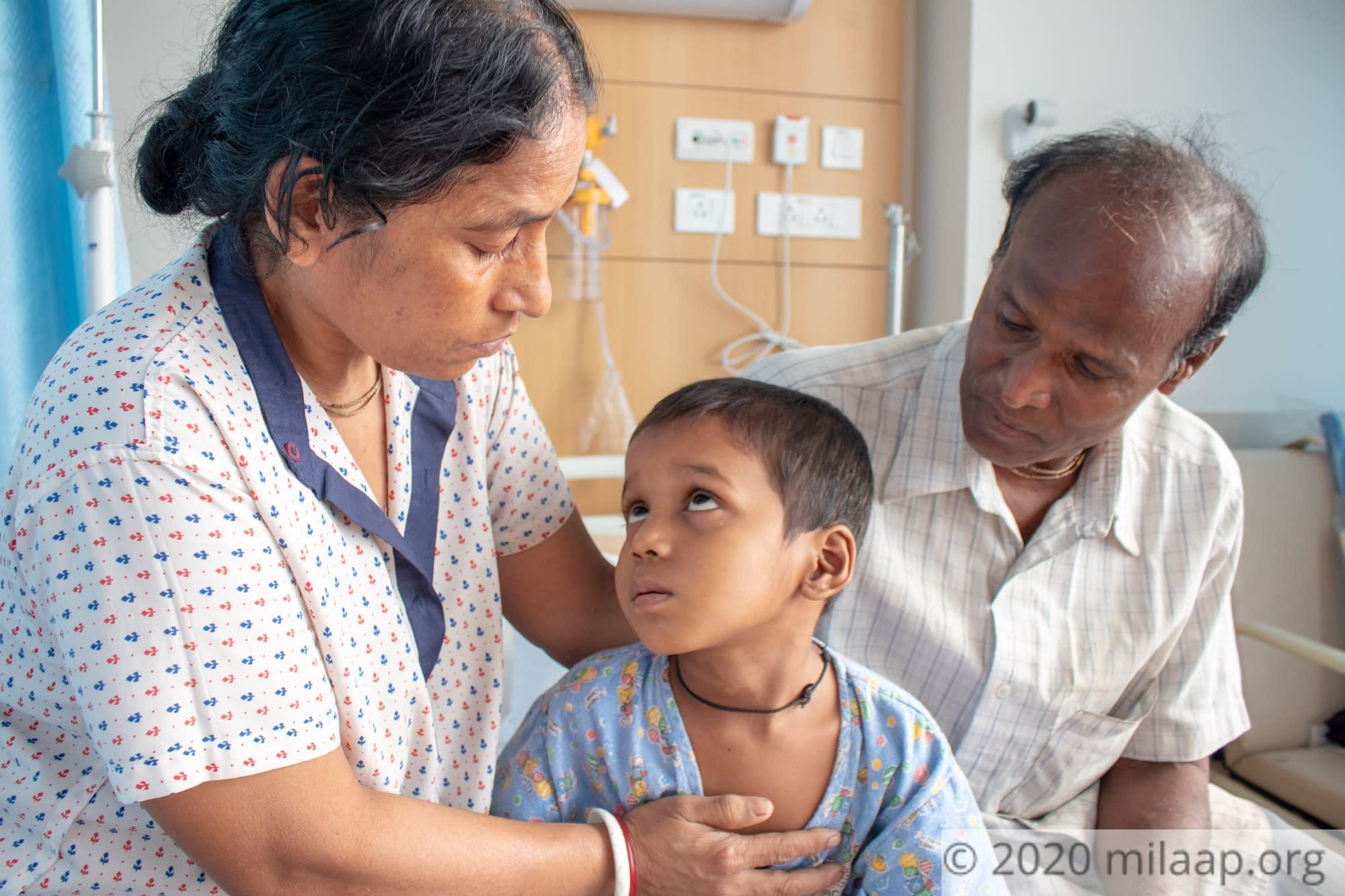 “My husband fainted when he heard that our 5-year-old son has cancer. He couldn’t believe what the doctor just told us. You tell me, would you have believed if one day, suddenly, someone told you that your son’s fever was not because of cold? Instead they tell you that it is because of cancer…” - Anjali, Jagannath’s mother.

He keeps waking up at night, crying in pain

Jagannath has been suffering from fever for over a month now. He is weak and tired. He can’t even get up from his bed without being in pain, so he stays still not wanting to move. He is suffering from blood cancer and the pain is unbearable for the 5-year-old.

“He wakes up in the middle of the night burning with fever. He wants water but can’t drink it because of the boils in his mouth. He keeps crying and I can't help but watch, I can’t bear to see him like that.” - Anjali

Everyone in the family is struggling to get a job

Anjali and her husband, Jayanta haven’t been keeping well. On top of this, when they got to know about their son’s disease they were devastated. Jayanta has a small piece of land but due to his ill-health, he was unable to go to work regularly.

“But now it looks like my brother has no choice. We are struggling to arrange the money for my nephew's treatment and he has been doing whatever he can to help. I feel helpless - I lost my job a few months ago. Now I am frantically searching for a job but it’s so difficult…”- Tushar, elder brother.

He keeps asking me why his hair is falling…

5-year-old Jagannath is yet to understand the severity of the disease that he is suffering from. But he has a lot of questions. He doesn’t know why he can no longer play with his friends like he used to or why his hair keeps falling. His parents have no answer for him.

“What do we tell him? He is only 5, I don’t want him to be afraid. But at the same time, we are spending sleepless nights worrying if we will be able to afford his chemotherapy. That’s the only way he can be saved,” - Jayanta, father.

Jagannath’s entire family is depending on your help to save their 5-year-old. They need 10 lakhs for the treatment, please contribute. 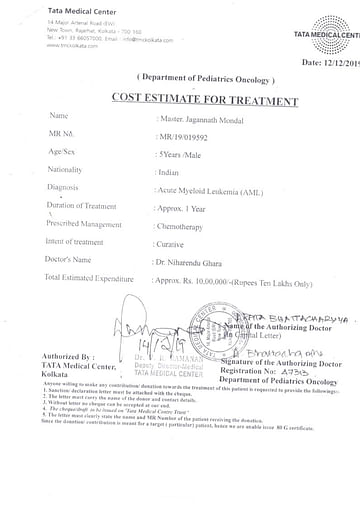 Click here to know more about Jagannath mondol
Donate now
OR
Click here to read the instructions before you make a bank transfer.

Donated to this campaign via Paytm? Click here if you can’t find your donation listed below.
KA
Kaushar donated Rs.500