These Parents Fear That Their 6-Year-Old’s Stomach Might Explode Due To Liver Disease | Milaap
loans added to your basket
Total : 0
Pay Now 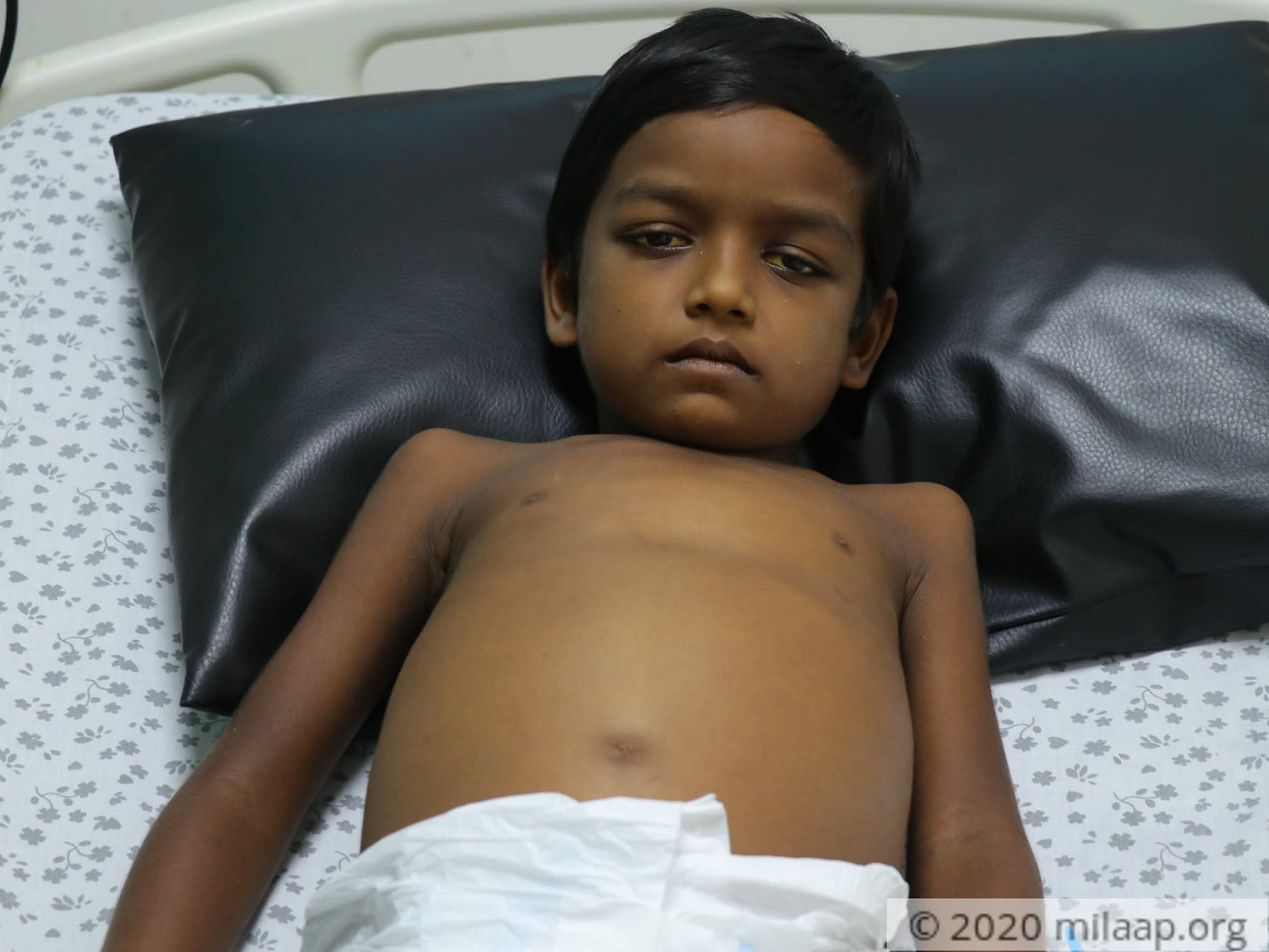 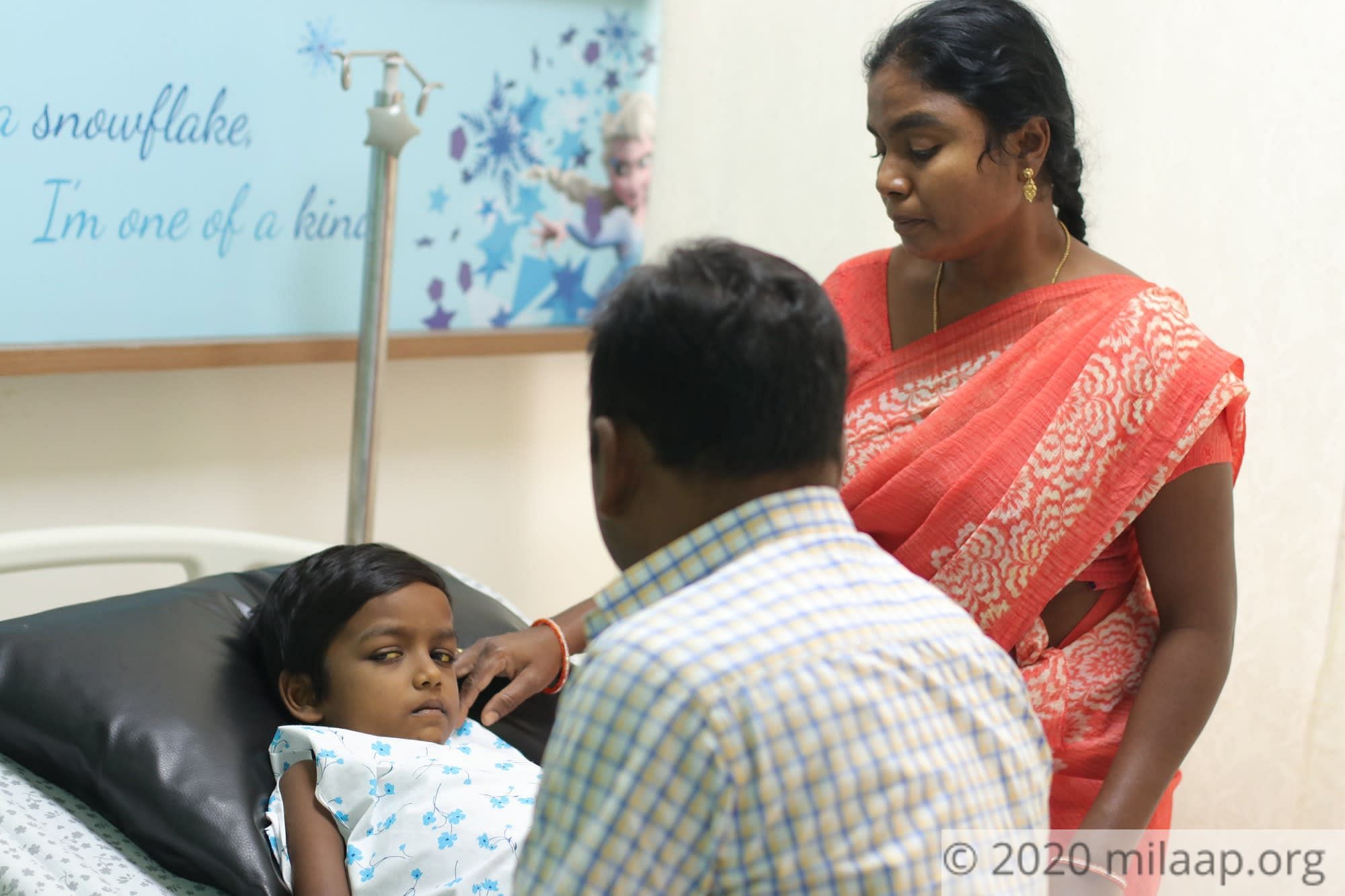 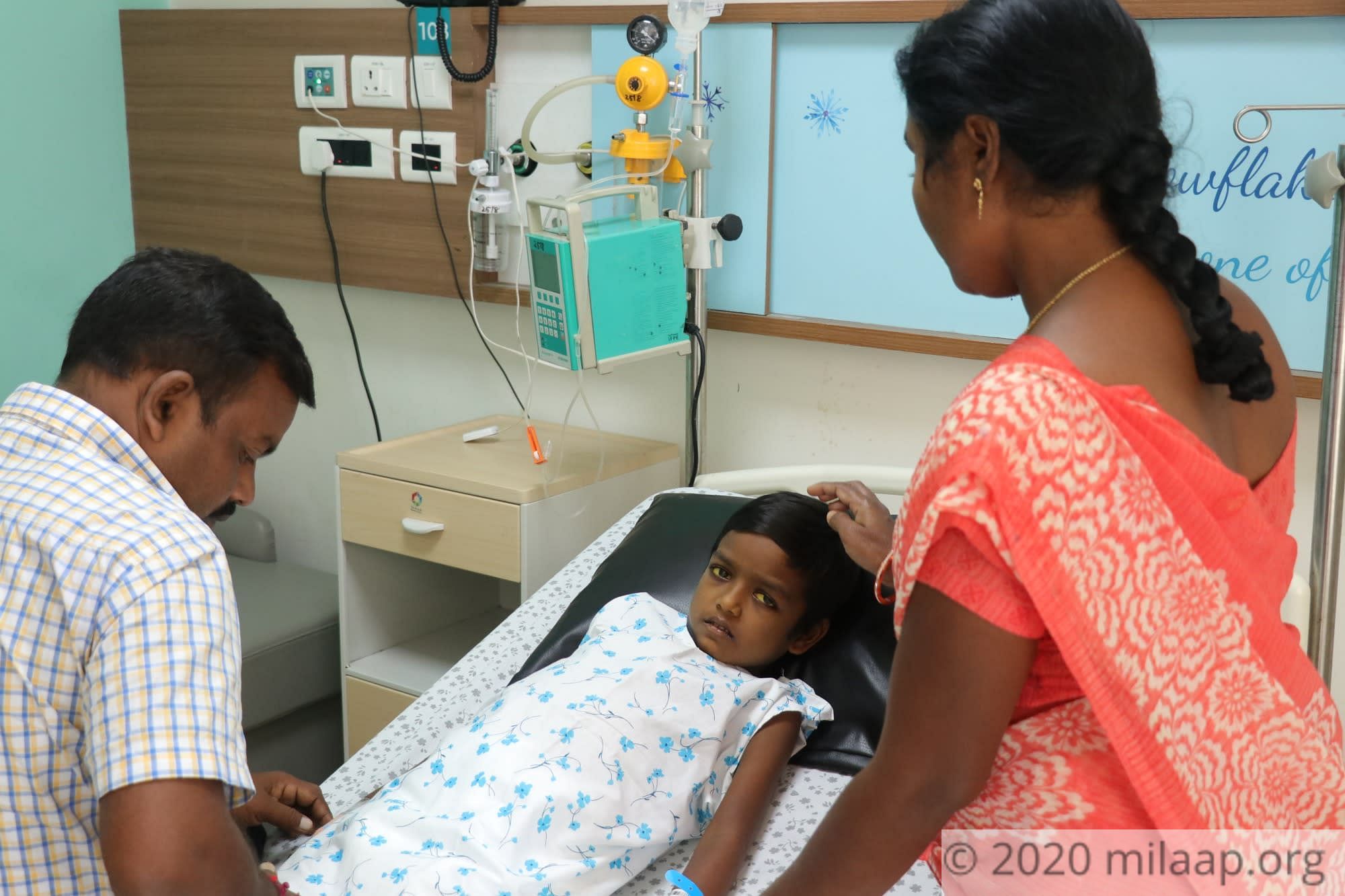 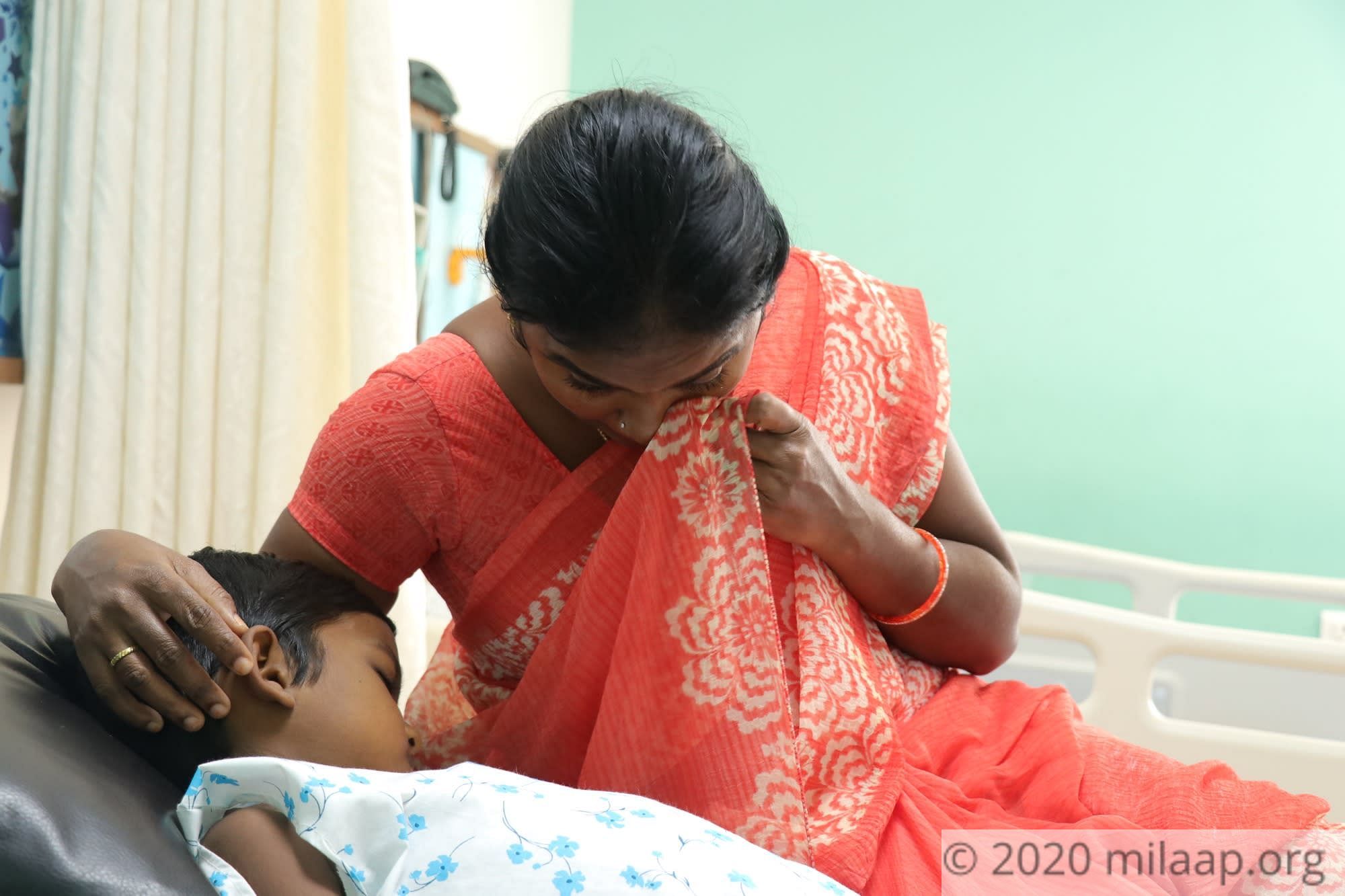 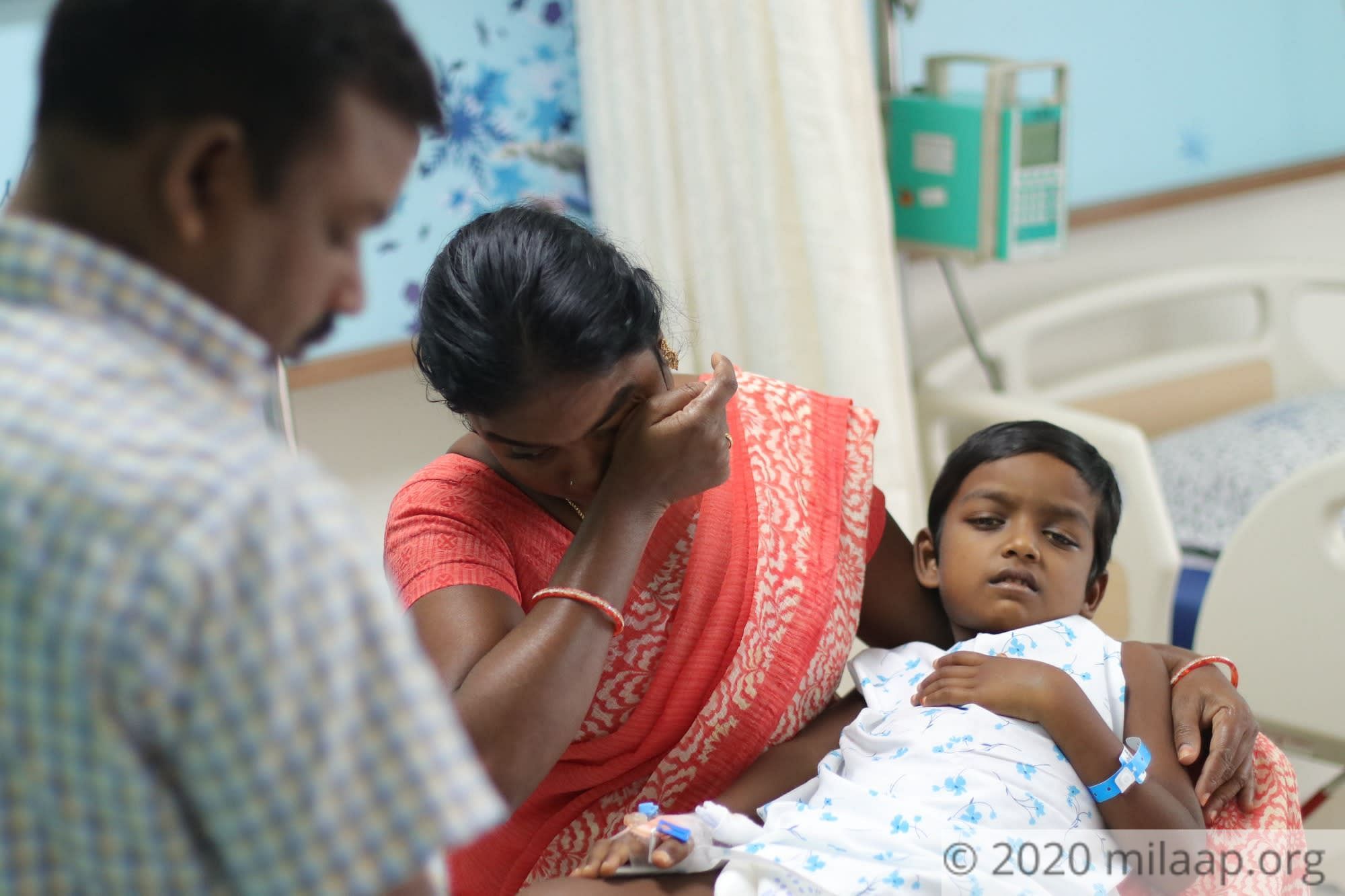 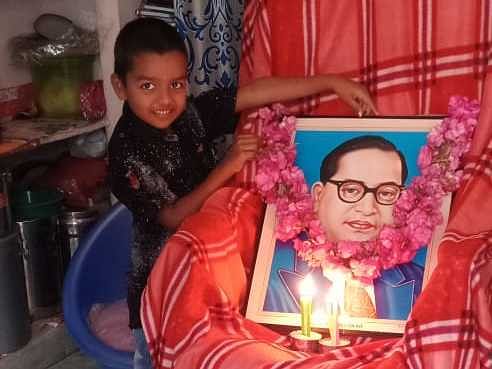 “I don’t know what to do. I watch him lying on the bed so weak as if lifeless. He doesn’t talk much not even to his brother who calls him every day to check on him. He used to be so active, always and now, he finds it difficult to even walk up to the washroom. His stomach is getting bigger and bigger, I fear it might explode if it goes on like this. Look at what this disease has done to my child." - Rajita, mother

His liver is failing and it is getting worse each day

Early in April, 6-Year-Old Lokesh’s stomach started to have started severe stomach aches, his eyes and skin turned yellow and his stomach started swelling abnormally. No matter how many local doctors they showed it to, it just kept getting worse. Scared, the parents brought Lokesh to Hyderabad for his further treatment where he was diagnosed with Wilson’s disease, a chronic liver disease.

“His liver is failing and it took us four long months to diagnose his disease. All this while, my child suffered miserably and we had no idea. I wish I brought him here earlier itself, he wouldn’t have been at the verge of dying.” - Babu, father

I am failing to be a good father

Babu and Rajita wanted a better life for their children, one that they never had. Though poor, they managed to gather enough money to send them to a good school in the nearby town. But now, only these parents are unable to save their child from this life-threatening disease.

“I tried my best to give him a good future but now I am unable to keep him alive. He needs a liver transplant to survive but where will a poor labourer like me get so much money from?  He is getting weaker each day and he is in so much pain. I am unable to relive him from it, I am failing to be a good father.” - Babu, father

Babu and Rajita are daily wage labourers, who work on other’s farmlands. What they earn is enough for the family to survive but is not enough to save their child. They have already spent whatever money they borrowed for tests and travel and are left with nothing but a few hundred rupees.


He needs a transplant at the earliest and only you can help these poor parents in getting it on time. Your generous contributions can save this little child. Click here to contribute. 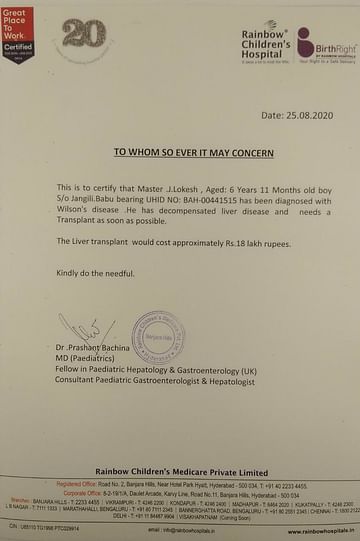