Just Days After Losing His Job, This Father Found Out His Son Is Dying | Milaap

Just Days After Losing His Job, This Father Found Out His Son Is Dying 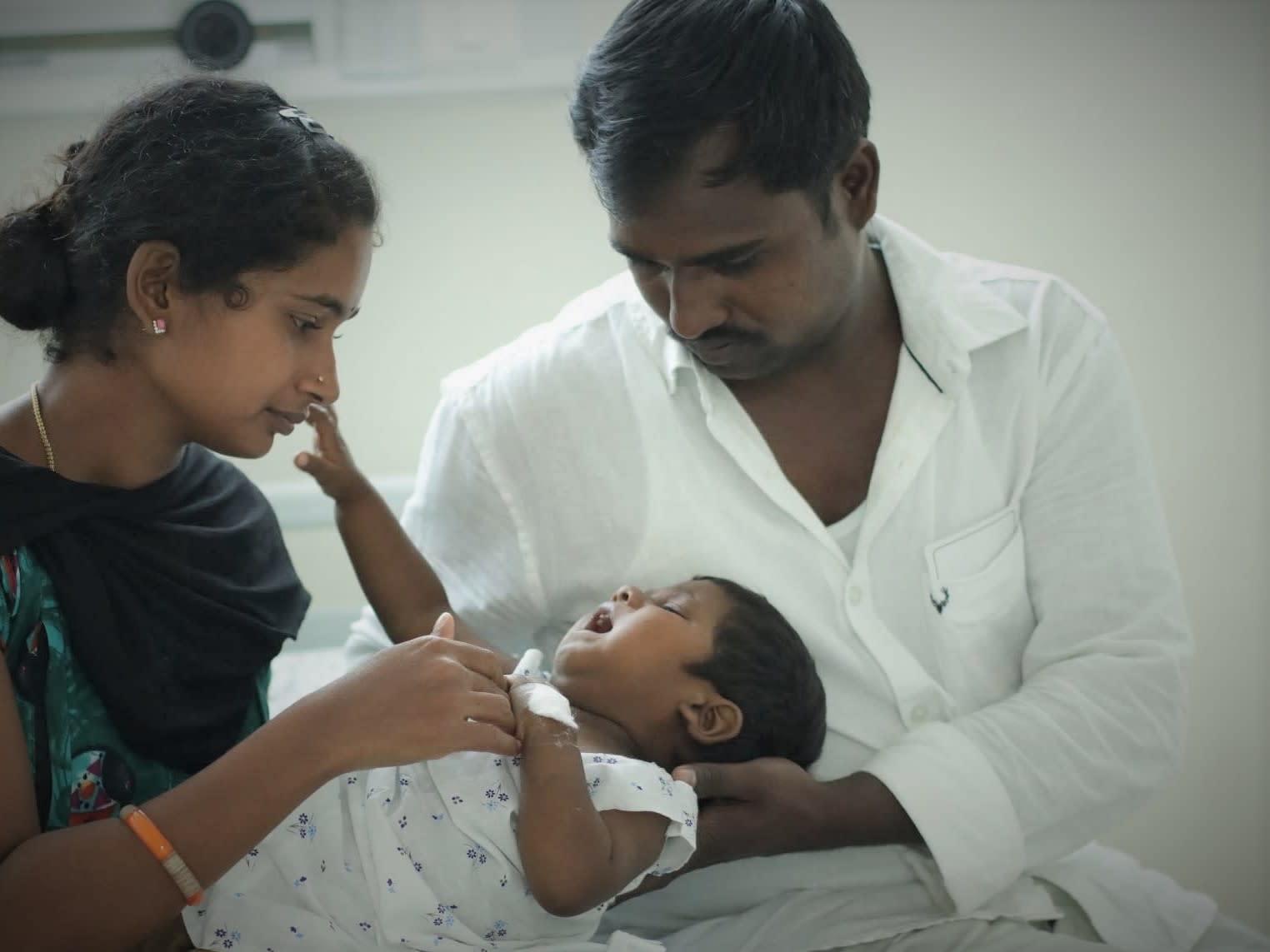 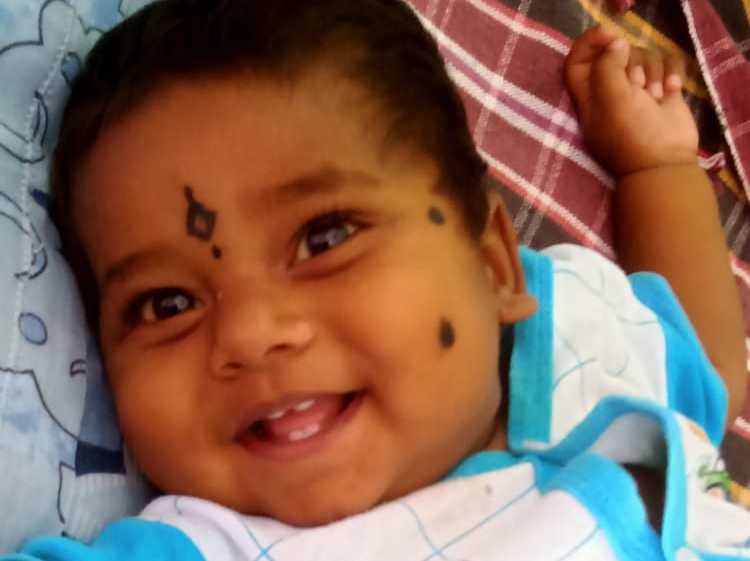 Share
A few months ago, Ramesh and Samata were like any other young couple, full of dreams and optimism. They’d just had a baby as well, and the way they saw it: life couldn’t get any better. But then Ramesh lost his job due to the lockdown. And just days later, they found out that their baby, their first child, had a disease that was killing him.
These first-time parents have been struggling to save their son ever since, but little Vivaan is now closer to death than ever before, and these parents are helpless and desperate. 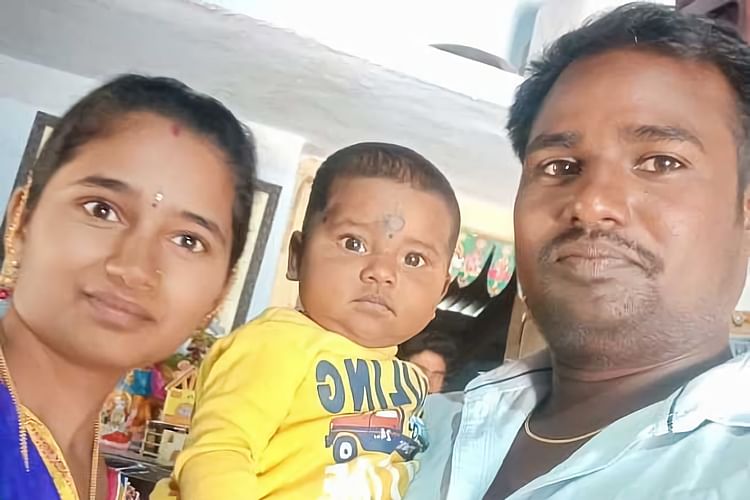 “It started with his eyes turning yellow. Samata was trying to feed him, when she called out to me and pointed out how yellow Vivaan’s eyes were. Worried, I took him to a local clinic where they said he had jaundice. We tried giving him medicines for weeks but with each passing day he got more and more weak. He barely ate anything, and his stomach started to swell. That’s when we discovered that he had some rare liver disease, and that he was dying... Today we know only a liver transplant can save him...” 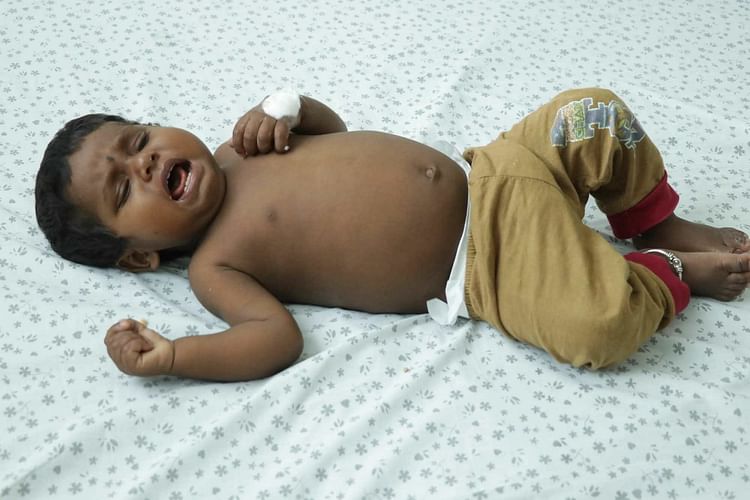 Shortly after his new diagnosis, little Vivaan’s condition started deteriorating rapidly. The swelling of his stomach got much worse and more painful; his liver disease was causing nearly 2kgs of poisonous fluid to build up inside him. His appetite diminished even further and he barely ate. What he did eat he would vomit just a moment later, the violent retches racking his frail body. He also developed severe itching, and would often cut himself, making himself bleed, because he couldn’t stop scratching. 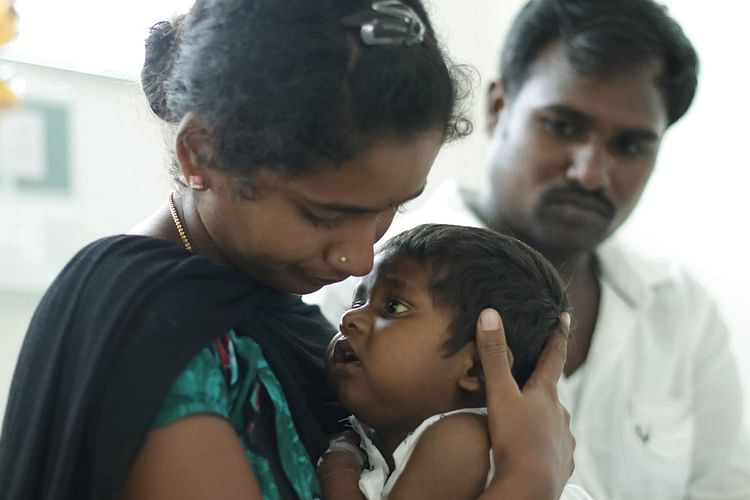 ‘I can’t afford a liver transplant; I can barely afford to feed my family!’

Ramesh used to work in customer service before the lockdown. Without a job over the past few months, he has been struggling just to keep his small family fed. He has had to use up all his savings, and then take loan after loan to keep Vivaan alive so far.

“All I can do now is pray for a miracle, because they’re saying our baby's liver is almost entirely gone, that it's damaged and scarred beyond repair. Only an 18-lakh liver transplant can save him now, and one of us will be the donor. But how can I afford such an amount?! How can I save my boy?” 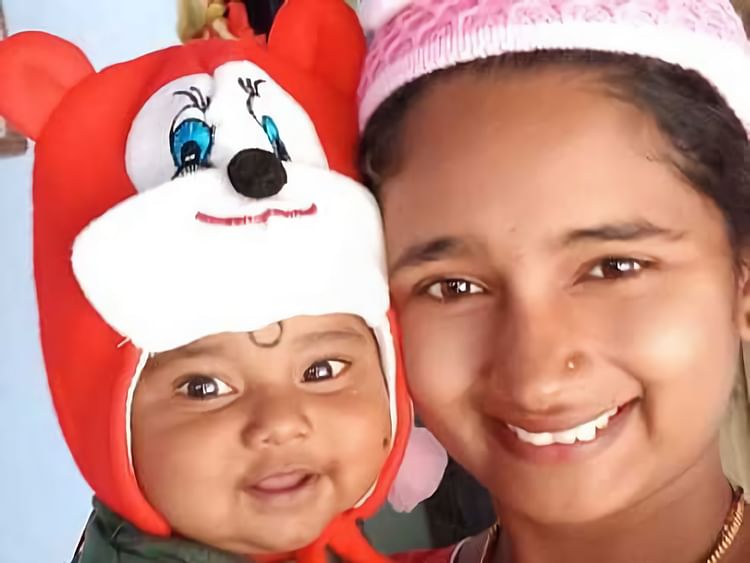 “Samata cries almost all day nowadays. She and I are actually very afraid of even just needles, so the idea of undergoing the donor surgery is terrifying enough to keep us awake at night. But we would do it a hundred times over if it meant our boy would survive. He’s our first child... our only child... If anything happens to him, we would not be able to bear it. The pain in Samata’s eyes would make me feel guilty for the rest of my life. Please help us!”

Samata and Ramesh are desperate and helpless. They don’t want to lose their son, but they can’t afford the cost of the transplant. You can help by clicking here to donate.
I
Patient Ithraveni is 1 year old, living in Hyderabad, Telangana
RC
Being treated in RAINBOW CHILDREN HOSPITAL, Hyderabad, Telangana