After Being Trapped In His Home All His Life, This Boy Is Now Trapped In The ICU | Milaap

After Being Trapped In His Home All His Life, This Boy Is Now Trapped In The ICU 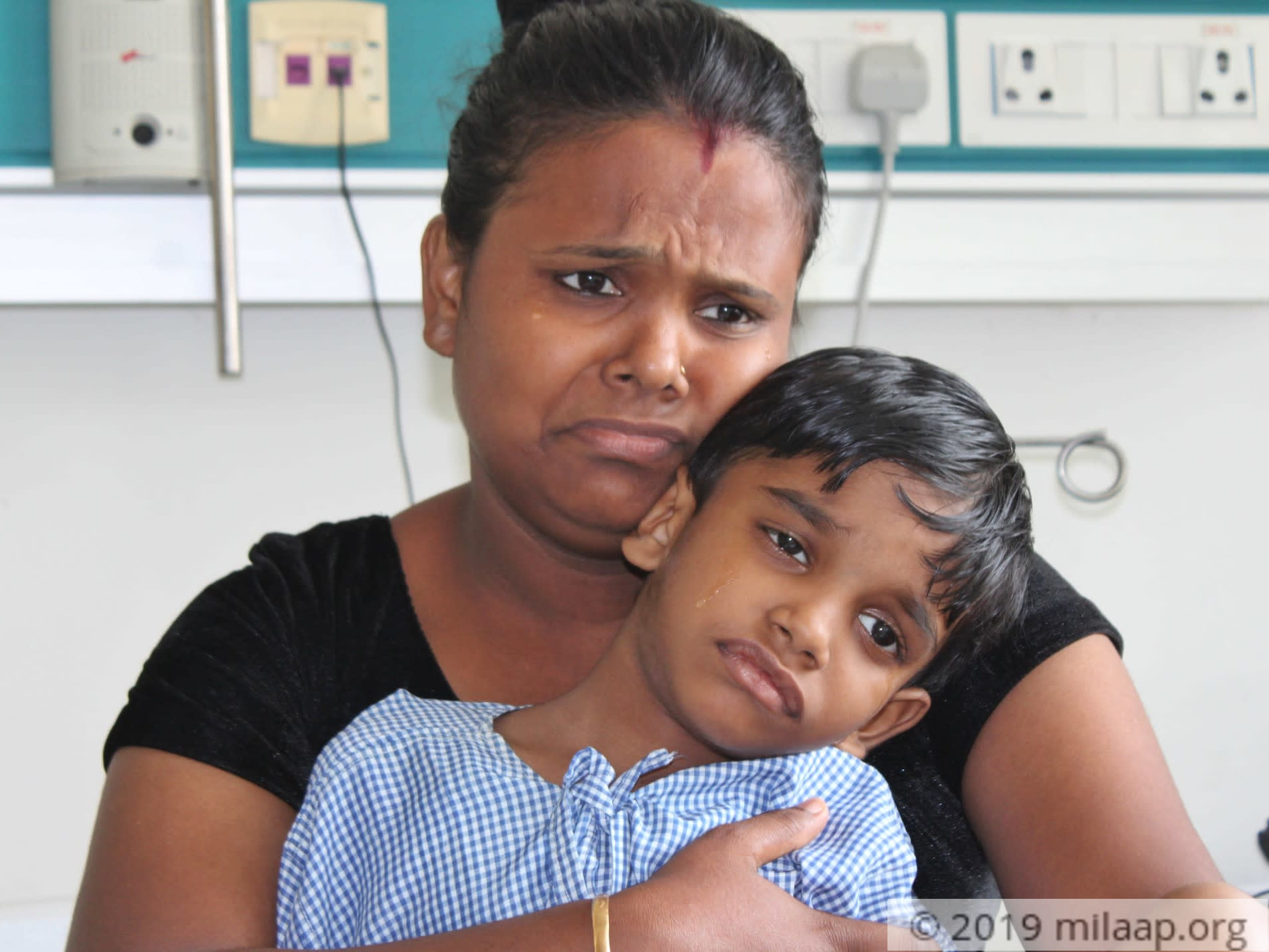 Share
“Because of our son’s condition, we’ve never been able to take him out of the house for long. The slightest of infections could’ve killed him so we never wanted to risk it. I felt really bad for him, I used to think ‘What kind of childhood is this? Growing up trapped inside a house?’ But now, after all our best efforts, he is in the ICU fighting for his life. And I’ve come to realize my poor boy wasn’t just trapped in our house, he was trapped in his own body this whole time...”
– Subeesh, father
Little Ishaan was born with a condition called X-linked Hyper IgM Syndrome, a rare genetic disorder that severely weakens one’s immunity system. Ishaan was just 6 months old when he first got a cough that just would not go away. His parents hadn’t known what to think at the time, and took him to many doctors. It took the doctors nearly two weeks to bring the infection under control, and to figure out what exactly the underlying problem was.

Even a small infection could have killed him

He gasped for breath and started turning blue

A few weeks ago,little Ishaan started coughing so much and so badly that he was gasping for air. The breathlessness and lack of oxygen soon became so severe that the tips of his fingers started turning blue. His parents wasted no time in admitting him into an ICU. While the doctors managed to stabilize his condition quickly enough, they only had bad news for the young parents.

“They told us that… that his condition was too severe now. Home care wouldn’t be enough anymore, he would need a bone marrow transplant. And not just to live a normal life… but to live at all. I can’t help but think it’s because of me that he is here now. Maybe I didn’t do enough, or clean enough. What if it’s my fault that my son might…might…”
– Shyama, mother, unable to continue

A bone marrow transplant is the only solution, but his parents can’t afford it

In truth, it’s not Shyama’s fault. Without the dedicated love and care that his parents showed him, little Ishaan may not have made it this far at all. It was inevitable that he would need a bone marrow transplant to get permanently get cured of his condition. But as a carpenter, Subeesh can’t even dream of affording the surgery.


Over the past 6 years, he has already spent lakhs for Ishaan’s daily medication and frequent hospitalization. He has had to take so many loans that almost all the money he earns nowadays goes towards paying off the interest. He will not be able to pay for the transplant and save his son, without your help. Please click here and donate.
I
Patient Ishaan is 6 years old, living in Bengaluru, Karnataka
AC
Being treated by Dr.Sagar in Aster CMI Hospital, Bengaluru, Karnataka