Farmer Sold His Only Piece Of Land To Save His Son, But It’s Not Enough To Save Him From Cancer | Milaap
loans added to your basket
Total : 0
Pay Now

Farmer Sold His Only Piece Of Land To Save His Son, But It’s Not Enough To Save Him From Cancer 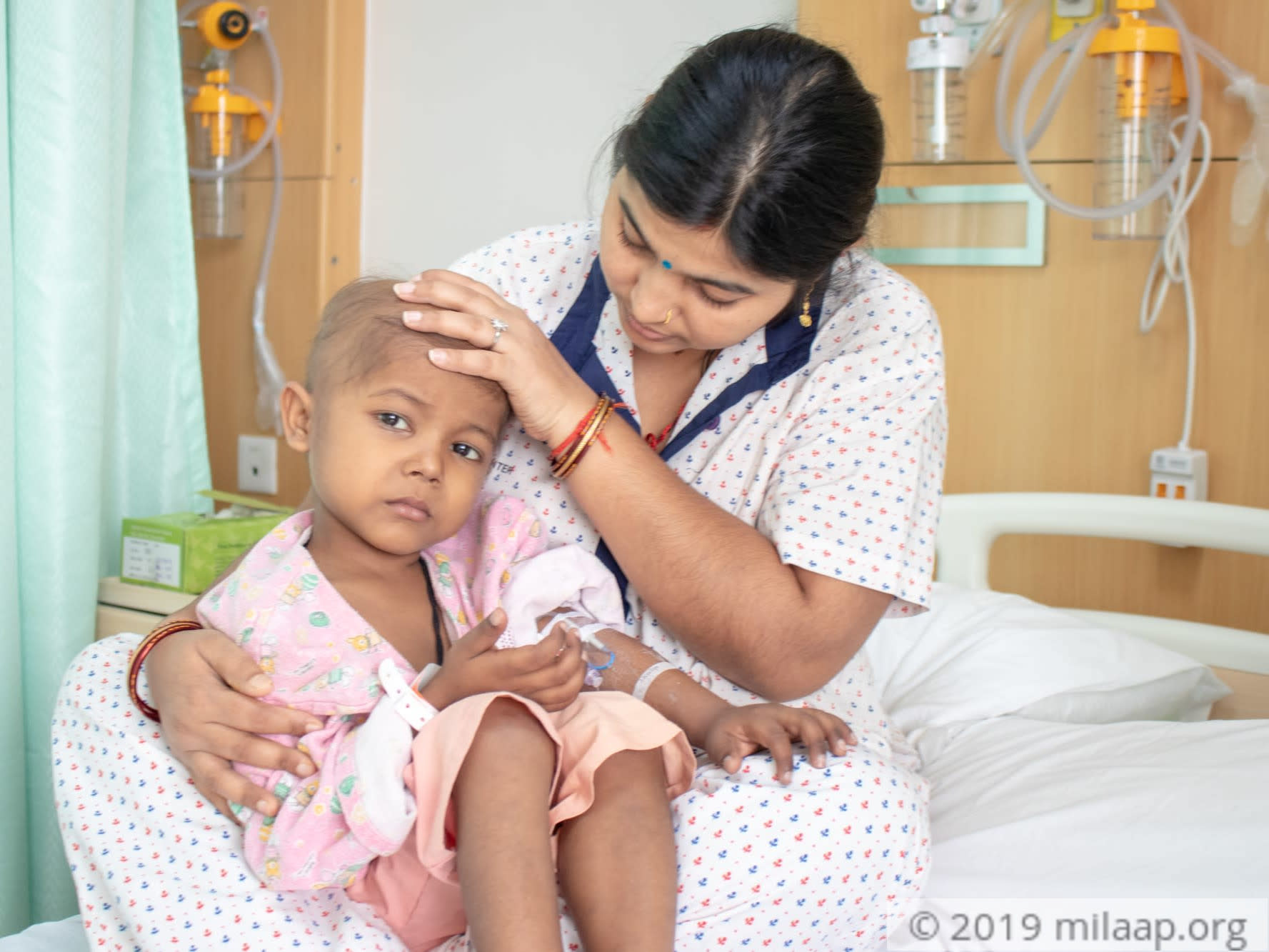 Share on facebook
If you had met little Harshit four months ago, you would not have believed that he is now fighting a dangerous form type of cancer. The once chirpy and happy Harshit now hardly gets up from his bed. He is tired and weak . But more than anything he is sad. He doesn’t like staying in the hospital. He is scared when the nurses come and give him painful injections.

“Whenever he is in pain, he comes to me and hugs me. He then looks into my eyes and begs me to make it stop and but I can't. Can you even imagine what a mother would go through at that moment?” - Indu, mother.

He had never fallen sick, just that fever - just that once

Indu and Hirday can’t come to terms with the fact that their 4-year-old is now in the clutches of cancer. They often sit together and look at old photos of Harshit. They wonder if they will ever see him smiling like that again. It all started when Harshit was down with a fever. A stubborn one at that - even medicine couldn’t cure him.

“The chemotherapy has started and his hair, there’s hardly any at his head now! I can’t even look at him without feeling sad. The treatment is so painful but that’s keeping him alive. I wish there was something I could do, something that would take his pain away…” - Hirday, father.

Hirday is a farmer in Palamau, Jharkhand. He used to own a small piece of land where he grew rice. He didn’t earn much but was able to take care of his family. But all of this was till his son got diagnosed with cancer.

“We had taken him to Ranchi first. There they told us that he doesn’t have much time, we had no choice but to take him to Kolkata. He had to be started on chemotherapy immediately. The only way we could start his treatment was if I sold my only piece of land,” - Hriday.

He got around 2.5 lakhs by selling the land, but that wasn’t enough. He borrowed from moneylenders at steep rates.

“But I need 8 more lakhs - how do I arrange for so much? And that’s the only way I can save him. He is just 4, he doesn’t have to suffer like this. Please help me,” - Hriday, father.

Lord Ayyappa will cure you