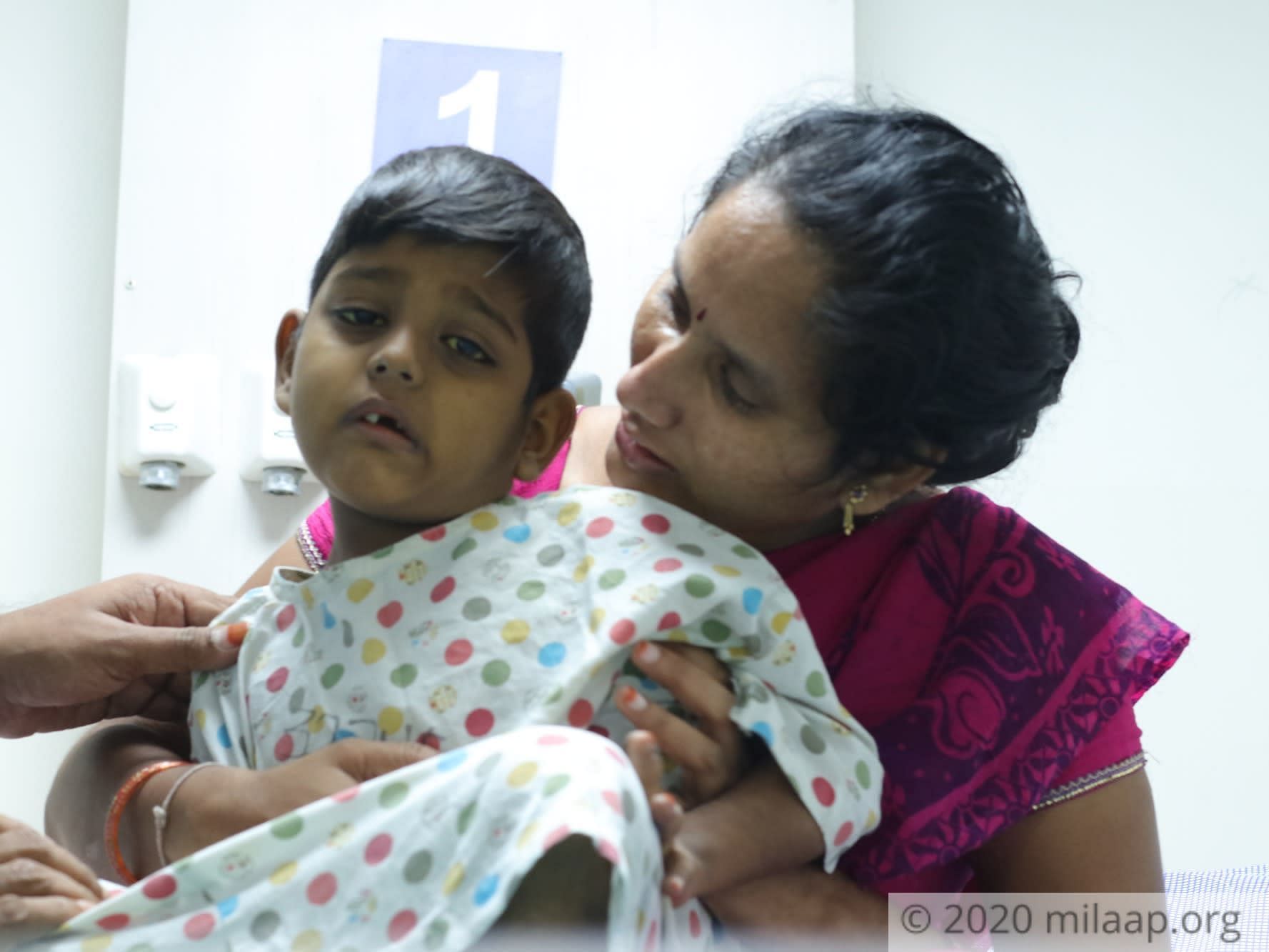 “I haven’t slept in days together. All I think about is my little boy. Since the last few days, his condition has become even more serious. His stomach has swollen up so much that even a bite of food makes him cry and scream in pain. He isn’t able to eat, drink or sleep. And I, as a mother, am unable to do anything to make him better.” - Lakshmi, mother

6-year-old Harsh suffers from end-stage liver disease and only a transplant can save him. 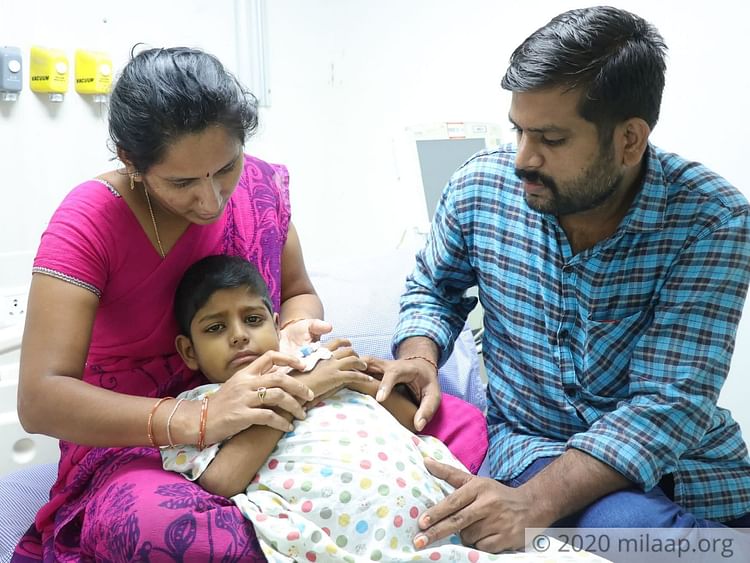 He has been suffering since he was just a baby

Harshvardhan was just 6 months old when he started falling sick. He would get high fever followed by fits. Although the local doctors prescribed some medicines, he didn’t get any better. In the next six months, he started suffering from blood clots on his entire body, his eyes turned deep yellow and his entire body turned pale.

“When we took him to the hospital and tests were done, the doctors found out that he has a problem with his liver. They gave him some medicines and we were told that these medicines need to be taken at least till he turns 14. Ever since then, he has been taking it religiously without skipping even a single dose but instead of getting better, he is struggling to survive now. Why is God punishing him like that? What is my little boy’s fault?” - Lakshmi 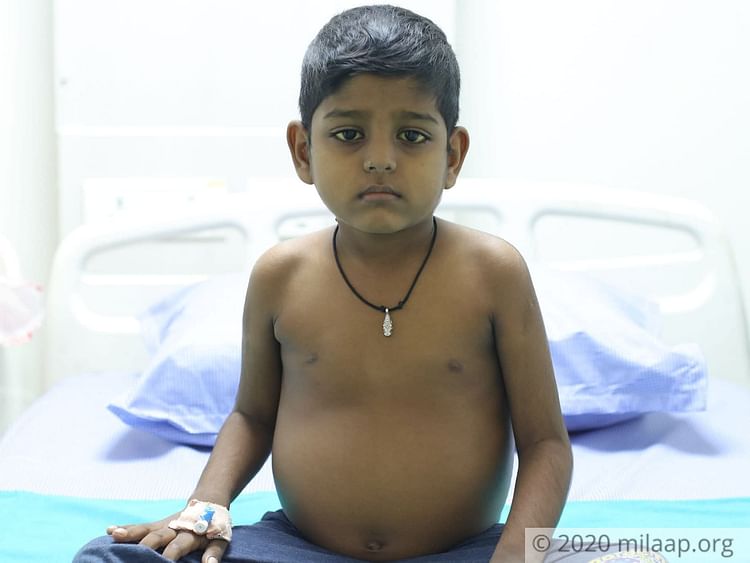 “Last few weeks have been very terrifying. He vomits even the little juice he drinks, his headaches badly and he constantly feels like his stomach would explode. Watching him suffer like this is nothing but a curse for us. Doctors say that if he doesn’t get a liver transplant urgently or he might even die. I don’t want to lose him.” - Nagaraju, father

Harshvardhan’s condition is very critical. He needs a transplant immediately but the poor parents are unable to afford it. 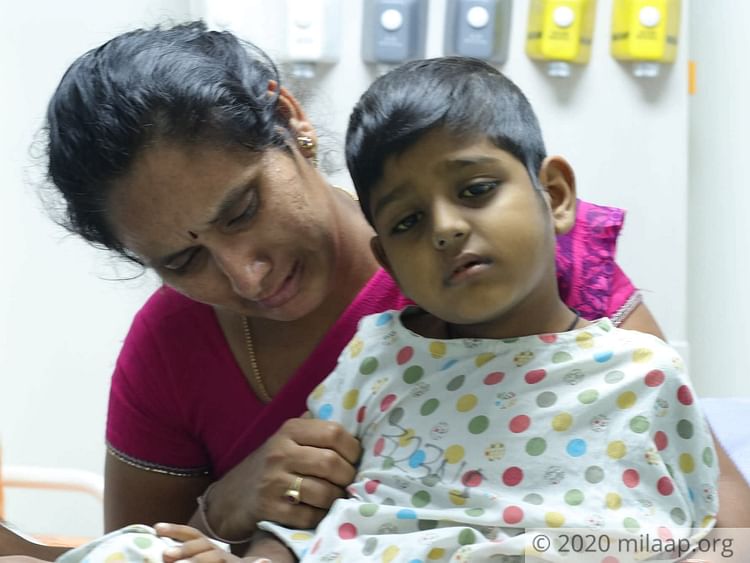 “I know that this transplant can save him but what I don’t know is how to afford it. I am just a bus conductor, where will I get lakhs of rupees to save my child? The doctors say the more we delay the more we will lose him, the more difficult it will be to save him. I don’t know what to do or where to go. Anyone that I ask help from is saying that they themselves are in crisis due to the pandemic and can’t help. I am helpless.” - Nagaraju 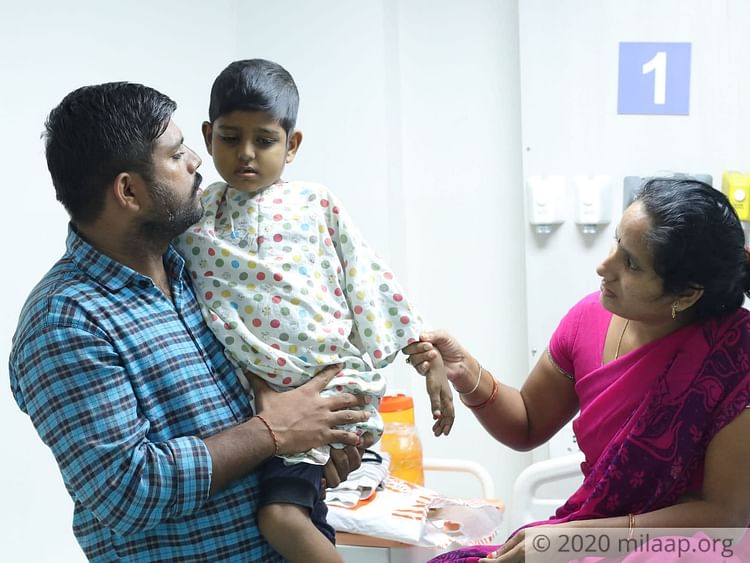 Only you can help these parents. Harsh needs you. Your contribution can give him a chance at a normal life. Without this transplant, he won’t be able to make it. You can save him. Click here to contribute.
H
Patient Harshavardhan is 6 years old, living in Hyderabad, Telangana
CH
Being treated in Care Hospital, Hyderabad, Telangana