6-Month-Old With Painfully Swollen Belly Needs Urgent Transplant, Or His Damaged Liver Will Claim His Life | Milaap
Receive tax benefits by donating to this cause.

6-Month-Old With Painfully Swollen Belly Needs Urgent Transplant, Or His Damaged Liver Will Claim His Life 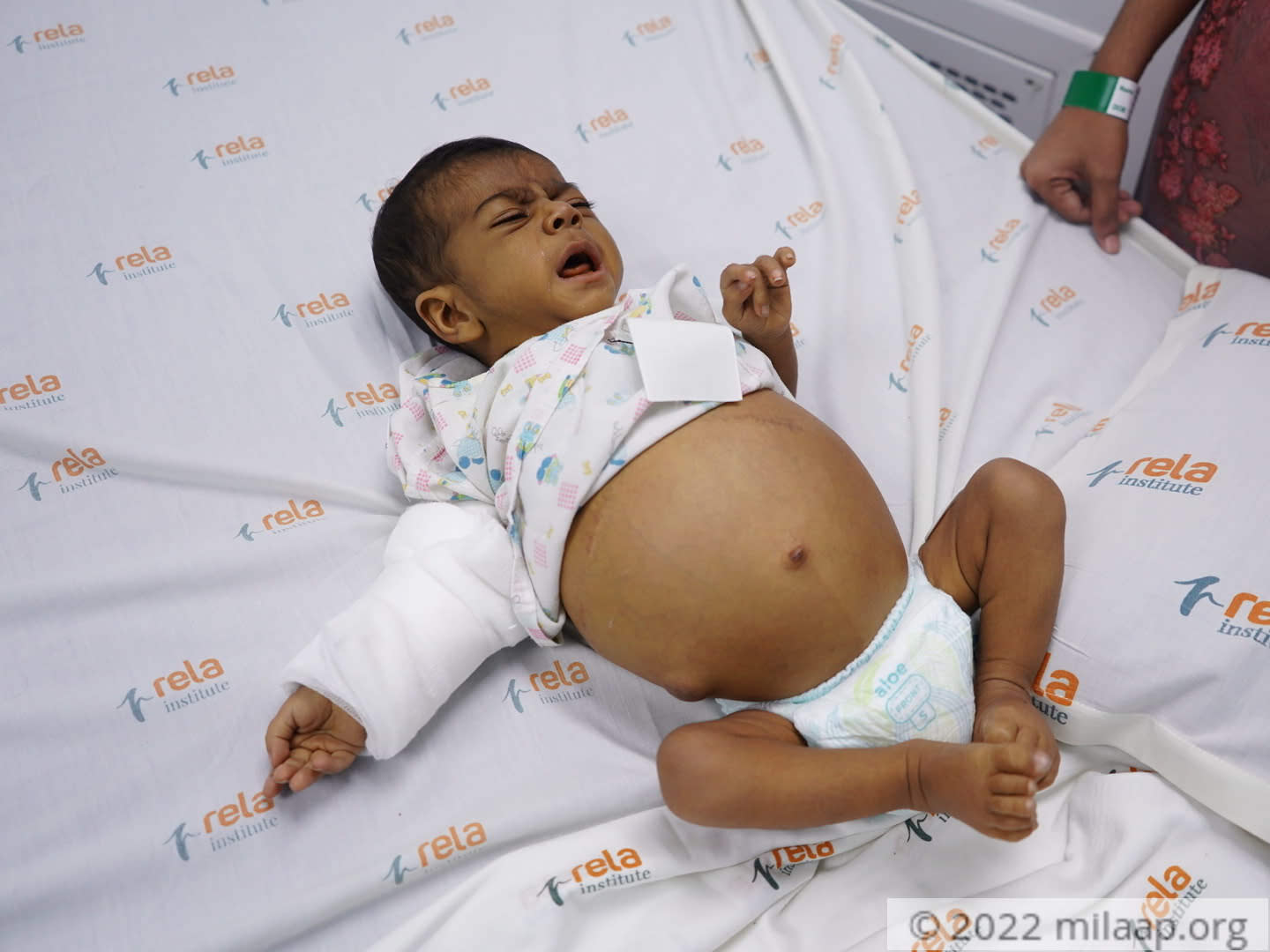 Share
Sonia has no photos of her baby boy where he is smiling or looking happy. It has been months since she has smiled herself or felt joy as a mother. The last time she was filled with bliss was when baby Hardik was born, almost six months ago. But every moment after that has been nothing short of hell for the little one and his parents.

“It was only jaundice in the beginning. Which we thought was completely normal. But the yellowness never went away. Now our baby is fighting for his life. His tummy is filled with infected fluid. What did he do to deserve this?” - Sonia, mother.

6-month-old Hardik is suffering from end-stage liver failure. This means that his liver is 100% damaged. He is inching closer to a painful end as the only cure for his condition is a liver transplant – an expensive procedure that is completely beyond the reach of his middle-class parents.

When his jaundice kept on getting worse, Hardik’s parents, Sonia and Manish Kumar, took him to local hospitals in their hometown in Punjab. They were told that the ducts in their baby’s liver were blocked (biliary atresia) and needed immediate surgery. The worried parents immediately arranged funds for the procedure known as Kasai, and Hardik underwent it. But unfortunately, it was not successful.

“We were heartbroken. We had really believed that our baby would be fine and would soon start growing up normally. I have only heard of liver ailments in older people and alcoholics. Why did this fate befall my innocent baby?” – Sonia, tearfully.

They have given up everything for their child, want to save him at any cost

Manish and Sonia have now brought their baby all the way to Chennai in the hopes of giving him a new life, with a liver transplant. They had to sell off whatever they had left, after paying for the first surgery, and even borrowed heavily. But despite pooling as much funds as they can, they have not yet been able to arrange enough for the transplant. Manish, who works in a private company for low pay, had to abandon his job temporarily as well.

“All the money we had collected is now being used up for hospital charges and tests. Hardik has been admitted for more than 10 days now. We are slowly running out of funds. Please help us. This is our last chance at saving him.” – Manish Kumar.

These parents are desperate for your help to save their baby boy. Click here to contribute.
H
Patient hardik is 6 months old, living in Ludhiana, Punjab
DR
Being treated in Dr. Rela Institute & Medical Centre, Chennai, Tamil Nadu