This Father Is Alone In His Fight To Save His 5-Year-Old From Cancer | Milaap
loans added to your basket
Total : 0
Pay Now

D
You are sending a message to
Dionne
Go back 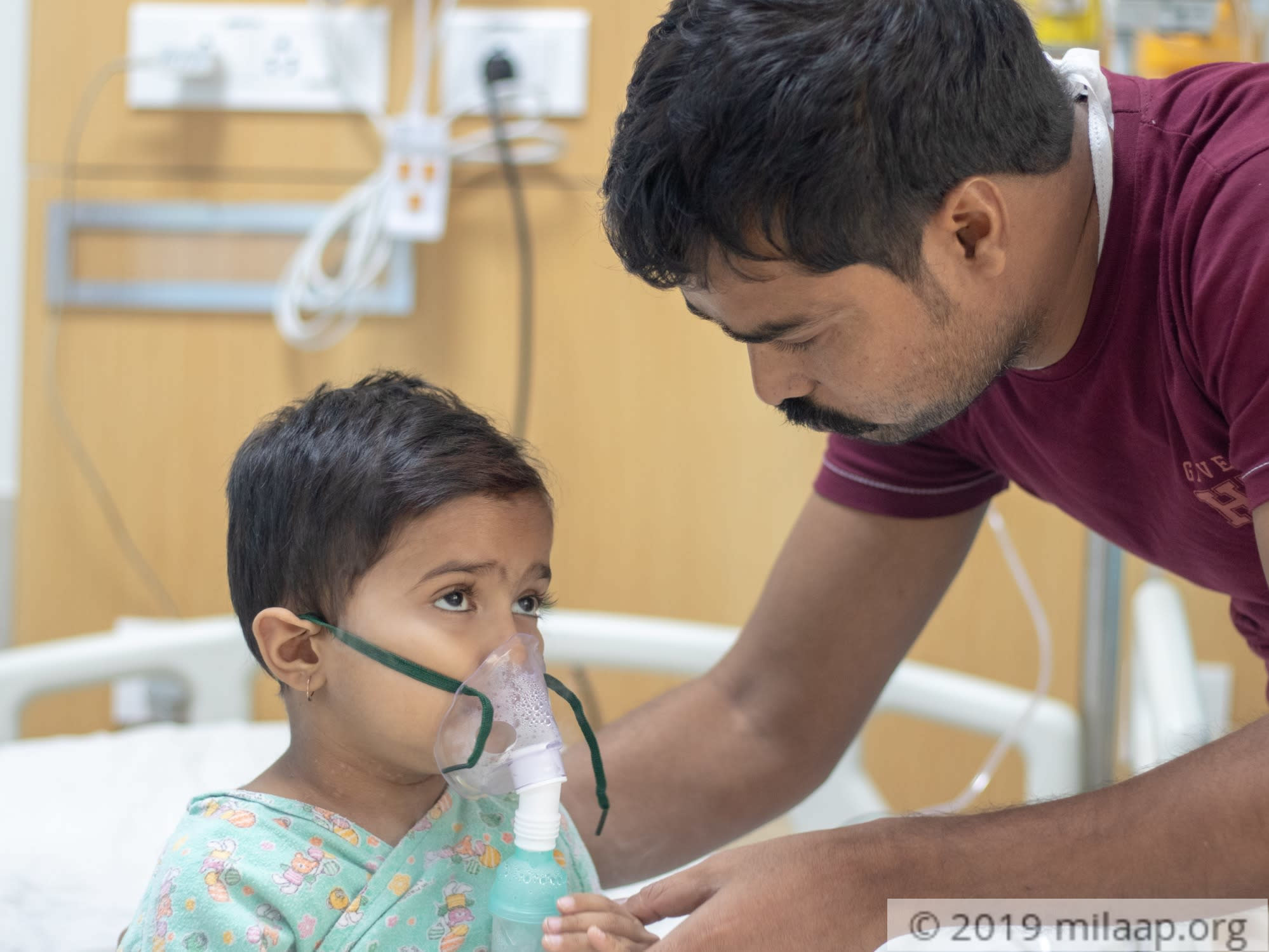 “You think that during your times of crisis your relatives and friends will come forward to help you. But that’s not what happened to me. The day we got to know about Ganesh’s cancer, the same day I saw all of them cut ties with me. No one even picked up my calls, I called them so many times, begging them to help me…”- Shyam Prasad, father.

Ganesh had high fever and it showed no sign of going down even in 15 days. The medicines the local doctors gave were not showing any effect. Then they suggested a blood test and that’s when the suspicion came up.

“We were asked to take him to a bigger hospital immediately, they said the blood tests were not normal. It is after we came to the hospital in Kolkata that we got to know Ganesh has cancer. We were shocked - how could a fever turn into cancer? Chandana broke into tears, we had no idea that little children have cancer.”

Ganesh hates staying away from home, he is scared of the injections

5-year-old Ganesh hates being in the hospital. The chemo makes him nauseous, he also complains of severe body pain. The chirpy little boy has quietened down a lot. He mostly lies in the bed, tired and sad.

“He is very scared of the injections. He holds me and asks me not to leave his side. He keeps asking me when he can go back home, when he can meet his little brother. I have no answers to that. I hate seeing him in so much pain, I wish there was something I could do,” - Chandana, mother.

Shyam Prasad is a daily wager in a small village in West Bengal - on good days he makes about Rs 300. He hardly has any savings, the little he had he has used it up for Ganesh’s treatment.

“I sold the small piece of land that I had - I received about 3 lakhs. Most of it has been used up. The little bit that is left we are saving it for his treatment. We often skip meals, we try and save as much as we can. But it’s no longer enough - we need 4 lakhs more. How will I arrange for so much? My family and friends have shunned me - now only you can help me.”

Donated to this campaign via Paytm? Click here if you can’t find your donation listed below.
A
Asish donated Rs.3,000

Guruji And Saibaba will cure and protect you..