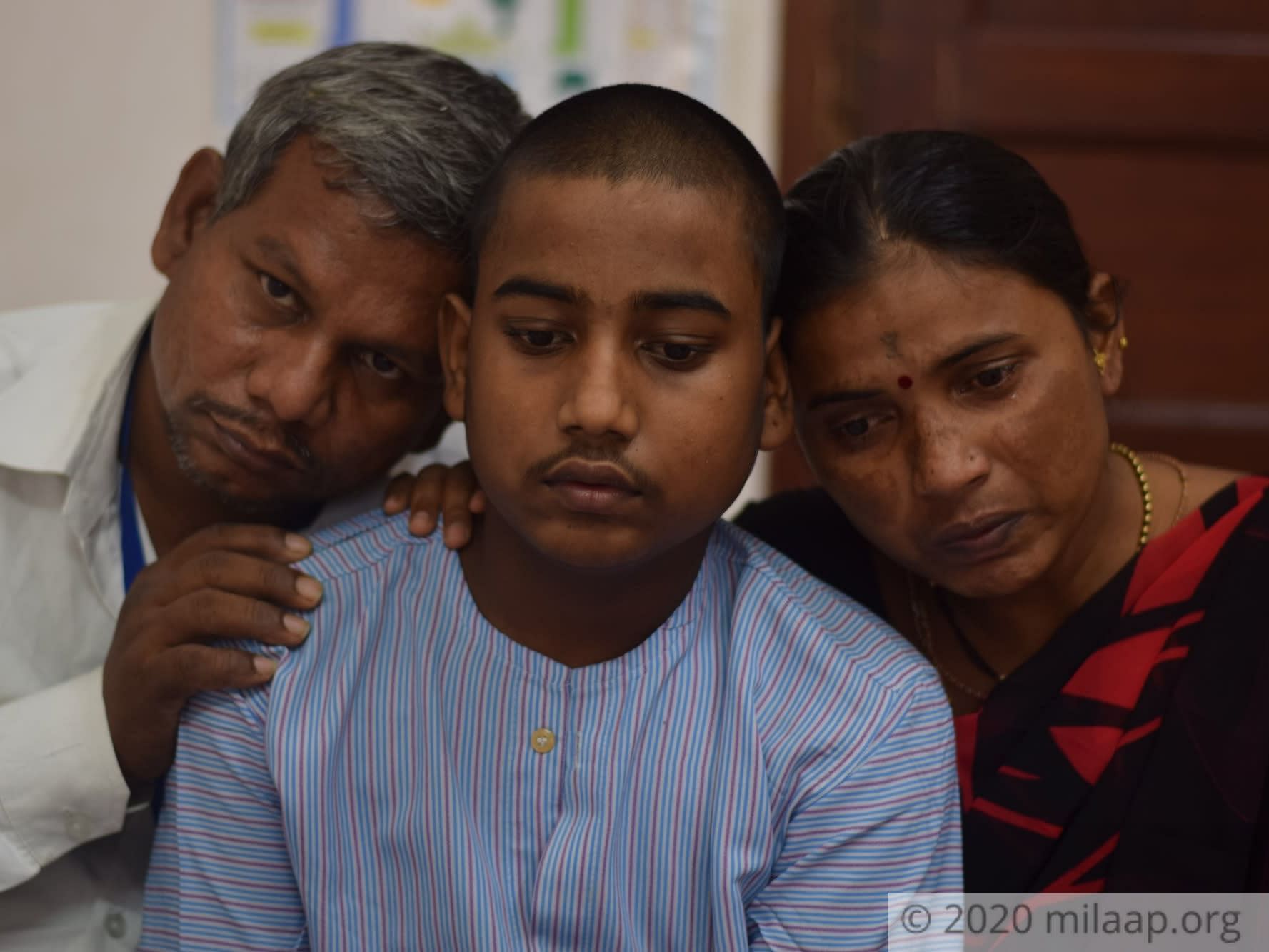 Ganesh is fighting blood cancer for the second time and now only a rigorous dose of urgent chemotherapy can cure him. 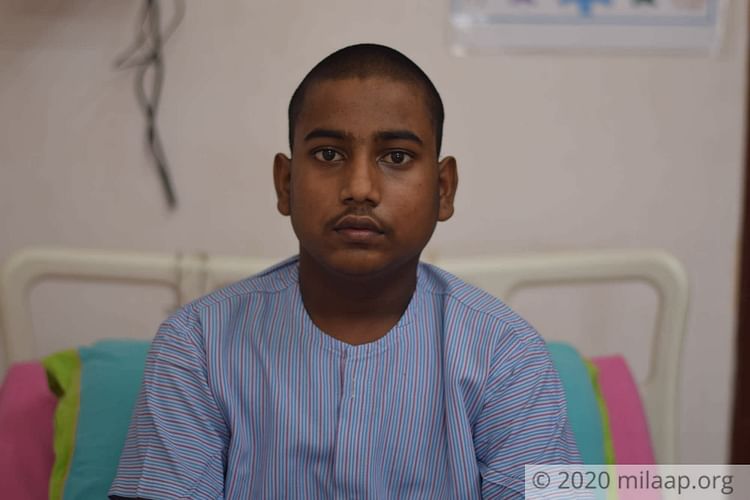 He has never lost hope, how can I?

It was in 2016 when Ganesh was diagnosed with cancer for the first time. Swelling in his neck, tremendous weakness - everything was pointing in that direction; the blood tests confirmed it. A small farmer by profession, Hanumanta, his father, felt lost. But he was not ready to give up. 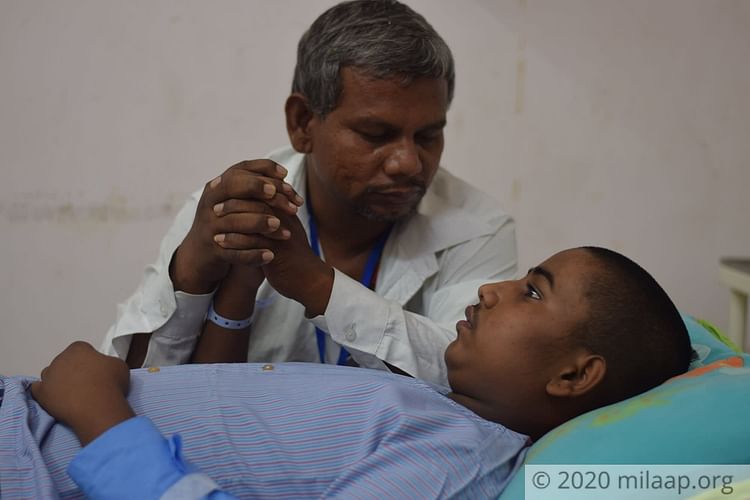 “I took him to Mumbai. I begged all my relatives to help me. I had to save his life. And with God’s blessings and the right kind of treatment, he was fine in 2 years time. He was even going to school, getting back to his old routine of staying up late to study and helping me on the field. But then a few months back, the swelling started again and the weakness too,” - Hanumanta. 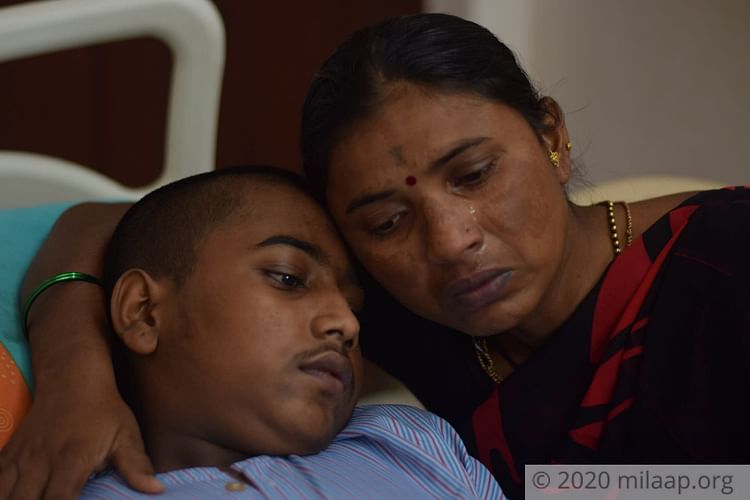 Ganesh with his mother, Chandrabha
A trip to Mumbai and a few tests later, they got to know that Ganesh’s cancer was back. Yet, he has not let go of hope, Hanumanta too wants to do the same but is scared that he won’t be able to afford the treatment.

“Last week he had to be admitted to the ICU. He had a severe infection. My wife and I weren't even allowed to enter the room. Just looking at him, made me cry. He is so young, he had so many dreams - he doesn’t deserve to be in so much pain. Yet there is nothing I can do now. I can’t afford the 12 lakhs for his treatment,” - Hanumanta, father. 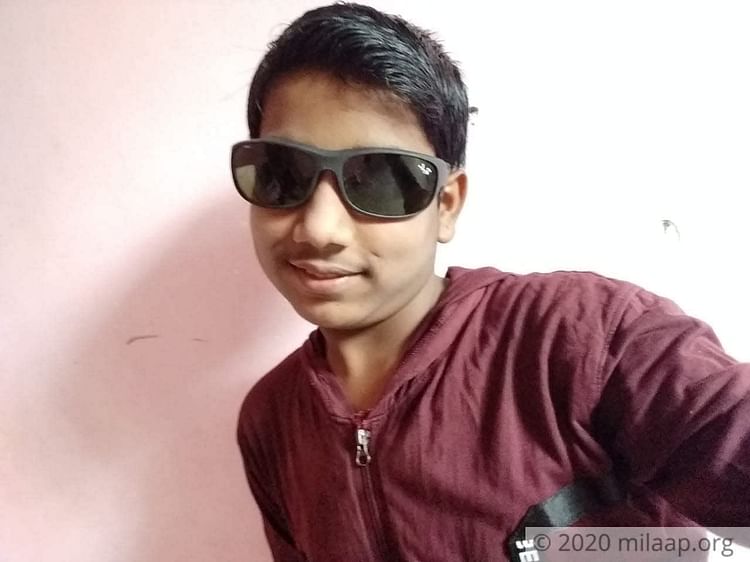 Hanumanta has had no harvest this year because there was hardly any rain. He was already under huge debts when Ganesh fell sick again. He was working on others’ farms in return for Rs 200 but with the lockdown, all of that also stopped. Now the only way he can save his son’s life is with your help.

This farmer’s son had big dreams of getting a good job and helping his family. But he is fighting deadly cancer now. A generous contribution from your side can save his life. Click here to donate.