17-Year-Old Thinks He Will Lose His Life To His Damaged Kidneys, Your Help Can Give Him Hope | Milaap
Receive tax benefits by donating to this cause.

17-Year-Old Thinks He Will Lose His Life To His Damaged Kidneys, Your Help Can Give Him Hope 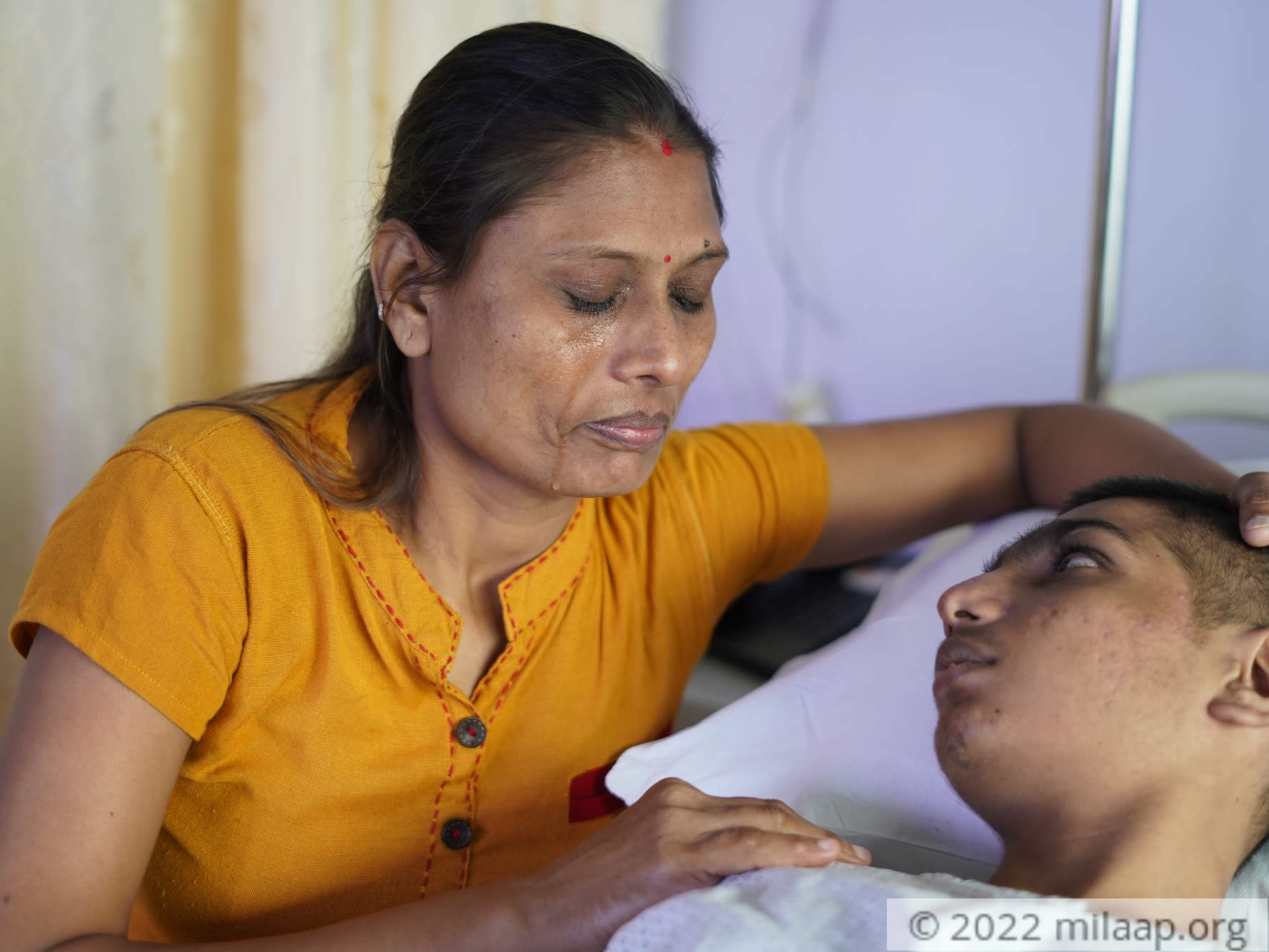 “Dhruv came to know that his kidneys are damaged, about a year ago. And since then, he’s been completely lost and out of sorts. He doesn’t go out. He stopped talking to his friends. He was once happy and energetic, but never like this. Now and then, he would just ask, ‘Mummy, is this how I’m going to live for the rest of my life?’ It breaks my heart to hear those words.” - Kantaben, mother

He spent the first day of 2021 undergoing a painful dialysis

While the world had been welcoming the new year with grand celebrations, 17-Year-Old Dhruv was silently undergoing dialysis for the first time in his life. Just a few weeks prior to January 2021, Dhruv had noticed swelling in his hands and feet, and symptoms of what he had thought to be stomach flu. His blood and urine tests showed that his creatinine levels were increasingly high and he was immediately admitted to the hospital.

“It’s still so hard for us to believe that our son Dhruv's kidneys have been damaged. He used to be very healthy and rarely ever fell sick. We thought we almost lost him when he was taken to the ICU the first time we took him to the hospital. Somehow he managed to get through it. But Dhruv hasn’t been the same after that.” - Kantaben

Both of Dhruv's kidneys aren't functioning and have failed completely. He needs to undergo dialysis thrice a week due to which he has lost a lot of weight. The day after the dialysis his blood levels decrease, due to which he doesn't even have the strength to get up from his bed.

He needs a kidney transplant and his grandfather, Gangadas, is a matched donor. Unfortunately, his parents are struggling to afford the dialysis-free life, which Dhruv is so desperately yearning for.

Muraji works as a helper in a kirana (small grocery shop) to provide for his family of 4, including his younger son. His friends and family members were able to render financial support for the past year for Dhruv's regular dialysis. But now, as Dhruv is in urgent need of a kidney transplant, Muraji reaches out for your help.

“I haven’t been able to go to work properly for the past few months. His hospital visits have become frequent, and it takes 4 hours for his dialysis to finish. Whatever little I earn, I have used up for his dialysis each month. And sometimes even our monthly earnings weren’t enough,  so we had to ask others for money. I have struggled to meet the expenses of his treatment so far. But, the kidney transplant is just beyond my capacity to afford. I need your help.” - Muraji, father

A year ago, Dhruv lost all his hope when was diagnosed with kidney failure. He thought life will never be the same for him ever again. But a month ago, he was told that a kidney transplant will bring his life back to normal. Now his only wish is to get this life-saving procedure.