M
You are sending a message to
Maran
Go back 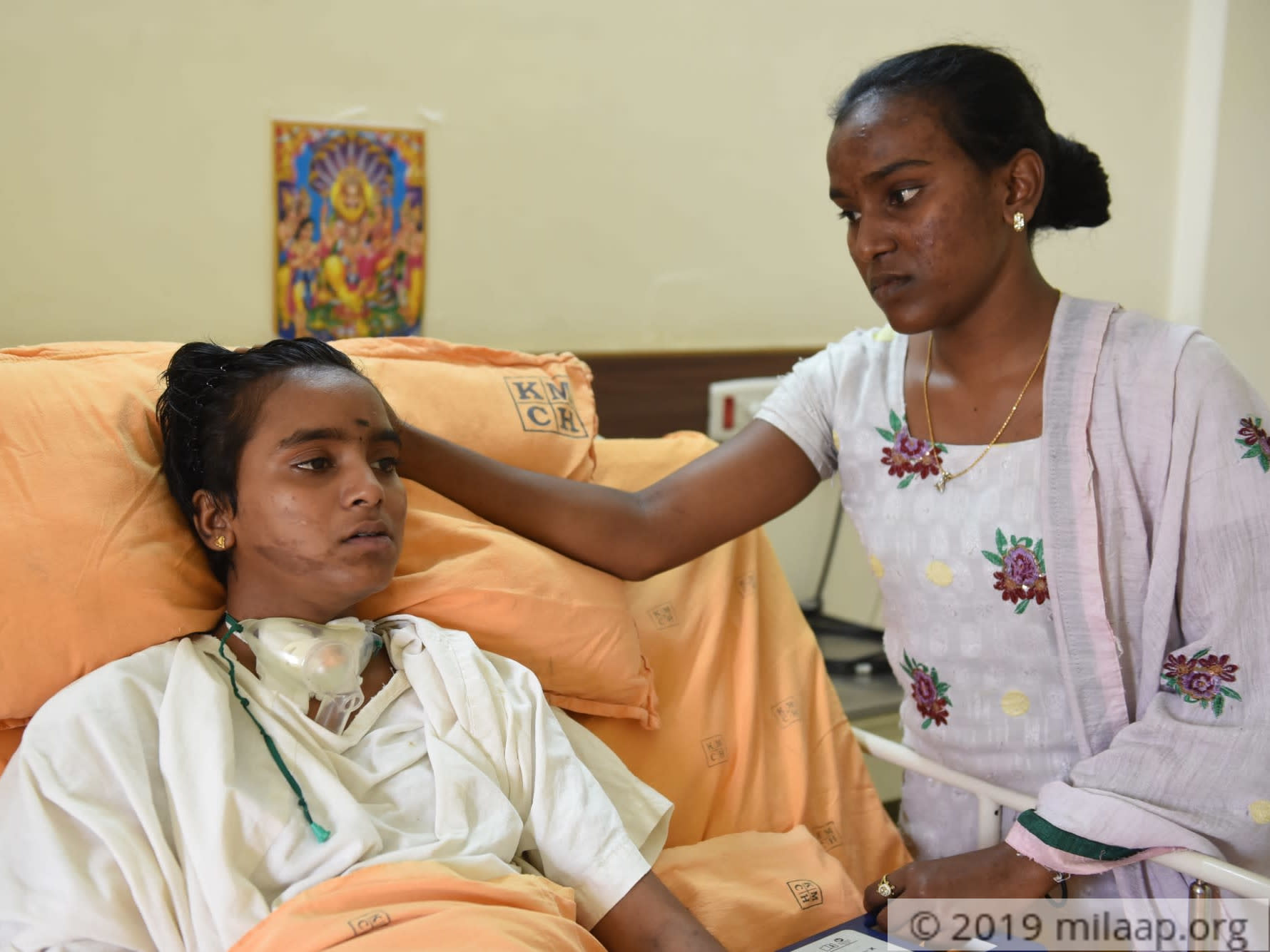 “In just one minute, in that one crash, our lives have changed forever. We lost people, and the ones alive, are hoping they weren't!“ – Vanmathy, sister.

19-year-old Deepa, the youngest of her family, was in her final year of college. She’d topped the school, and had joined college as a merit student. Her dream was to get into a big company, and change her family’s lifestyle – they were plantain leaves merchants and struggled for a living. But before her dreams could come true, her worst nightmares did. Having met with a major accident, she’s in the hospital today, with no sensation below her chest.

Few weeks ago, a truck rammed into their omni-van, and the family suffered a major accident

It was 5:30 in the morning and a family of eight was returning home in an omni-van, after their sister’s baby shower. They were just an hour away from home, when a speeding truck with a drunk driver crashed into their van, crushing it. Of the eight, although severely injured, only two were conscious.

“ Only my elder sister and I were conscious. My head was bleeding profusely, my dress was all bloody. But I was too shocked, and too broken to notice that. I had to save my family. When the ambulances arrived, all I could remember was the name of the biggest hospital in our town, and so we were taken there. Just hours after her baby shower, my sister lost her child to the crash. Our misery did not end there. We were told that her husband who was driving, had died too!” – Vanmathy.

Minutes after getting her family admitted, Vanmathy fainted and was admitted herself. After weeks in the ICU, all of her family members, except Deepa, recovered well and could be shifted to the general ward.

With a serious head, lungs and spinal cord injury, Deepa is far from recovery

“Her spinal cord was seriously damaged and she was diagnosed with quadriplegia. We did not even know what it meant, till then. Below her chest, she has lost all sensation. All she can do is turn her neck, and not too much. She cries silently, thinking of the crash, and then of her body," – Vanmathy.

Serious damage had been done to Deepa’s lungs in the crash, when she got admitted and she had to undergo tracheostomy - through a cut in her neck, a tube pinned to a hole in her wind pipe that helps her breathe. She was taken off ventilator support and shifted to the general ward, so they could treat her body. But soon, the hole in her neck was severely infected and she’s now in an isolation ward.

"With the tube in her throat, she can barely talk. It's been more than a month since we've heard her voice. She does not believe she will ever get up and walk and we have nothing to say, that’ll comfort her. We are very afraid, ourselves”

Her treatment will cost them 10 lakhs, but the family has no one left to borrow from

Deepa needs to stay in the isolation ward on ventilator support for a month longer. Following that, she needs to be treated for quadriplegia and the cost amounts to 10 lakhs. Their father, Chelladurai, is a leaf merchant and earns no more than Rs. 10,000 a month. The family has borrowed money from every known person, and are now helpless and in debts.

“They told us we’ll lose her if she were to be moved at this stage. We were terrified. No family should go through what we went through! Please help us. We can’t do it by ourselves” - Vanmathy

A generous contribution from your side can save Deepa's life 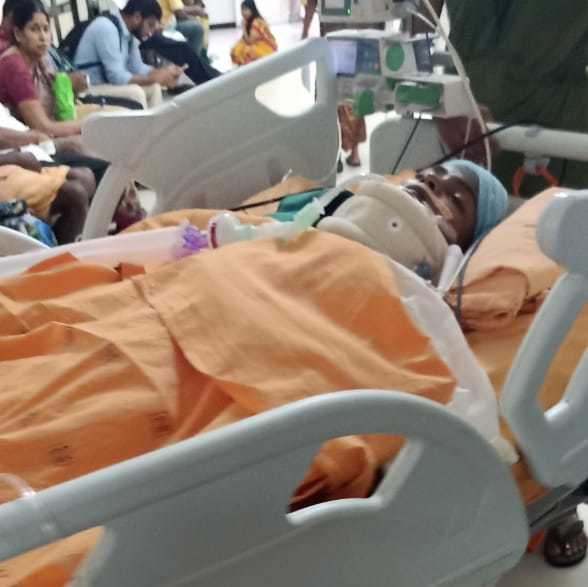 Our prayers are with them. Wishing them a speedy recovery.

242 others have contributed
Click here to know more about Deepa

Donated to this campaign via Paytm? Click here if you can’t find your donation listed below.
S
Sridhar donated Rs.15,000
vs
vijay donated $200
CJ
Cecil donated $200

Our prayers are with them. Wishing them a speedy recovery.