His Current Treatment Will Eventually Kill Him, An Urgent | Milaap

His Current Treatment Will Eventually Kill Him, An Urgent Transplant Is His Only Hope 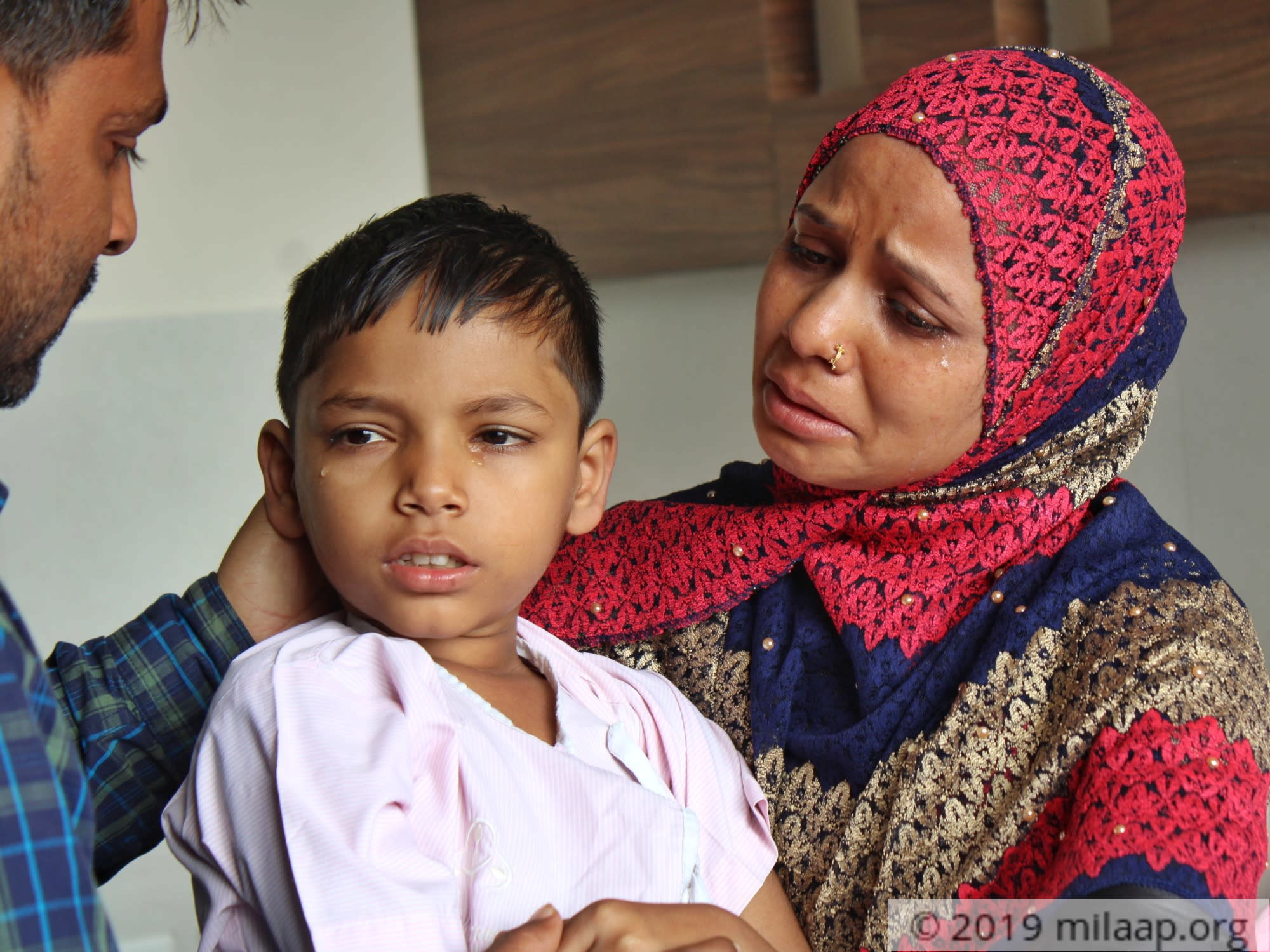 Share
Istiyaque wakes up every morning before dawn for his morning prayers.
These days, he doesn't just pray for his family's peace and prosperity, he prays for his son's life.
Little Danish has been fighting for his life for 7 years now, and his time has nearly run out.

Istiyaque and Shahnaz were blessed with Danish in late 2011. Work was good, their marriage was good, and Danish was a joy to take care of; Istiyaque could not have asked for anything more in life. But this family's happy little story took a sharp turn for the worse one day when baby Danish was just 3 months old.

Their village doctor failed to recognize the warning signs

"Every morning before I left for work, I would kiss his forehead. One day, his skin nearly burned my lips, he had such a high fever! We rushed to the village doctor, and he told us there was just something wrong with his blood. He gave him a blood transfusion and told us to take him home. He was fine for two months after that, but then he needed another transfusion. Then three months later, again! By then we knew something was really wrong..." – Istiyaque

His life has been hell ever since his diagnosis

"He started needing a blood transfusion every two weeks... He has been getting them for 7 years now! And it has not gotten easier for him, it just gets worse. Every time he comes back, it hurts more, and he cries louder. We just want to stop his suffering, he's too young for all this..." – Shahnaz, mother

His blood transfusions are proving to be temporary and dangerous

Unwilling to put his son through so much pain, Istiyaque brought Danish to a bigger hospital. The doctors here have told him that transfusions are just a temporary measure, and a dangerous one at that. Eventually, his treatments will soon start to poison his body with iron overload. With just the transfusions, even in the best-case scenario, Danish would likely only make it to his teen years before his disease caught up to him.

"For a parent to hear that their child might... might pass away... at that kind of age. I kept thinking about how Danish would never get to go to college, he'd never get to marry, he'd never get to have children of his own. It's a nightmare! Doctors are saying a Bone Marrow Transplant is our only hope. But it's so expensive!" – Istiyaque

This father has tried his best to save his son for 7 years, now he needs your help

Istiyaque works as a daily wager in construction and doesn't make much money. While the money he earned would've been enough for this small family otherwise, paying for blood transfusions twice a month has left them with no savings and no hope to save their boy's life.

It is up to you now, to save this little boy from an untimely death. Contribute as much as you can, and help him get the bone marrow transplant he needs.
DR
Patient Danish Raza is 7 years old, living in Bengaluru, Karnataka
PT
Being treated by Dr.Stalin in People Tree Hospitals, Bengaluru, Karnataka