This 9-Year-Old Wrestler Is Facing His Deadliest Opponent Yet: Cancer | Milaap
loans added to your basket
Total : 0
Pay Now

This 9-Year-Old Wrestler Is Facing His Deadliest Opponent Yet: Cancer 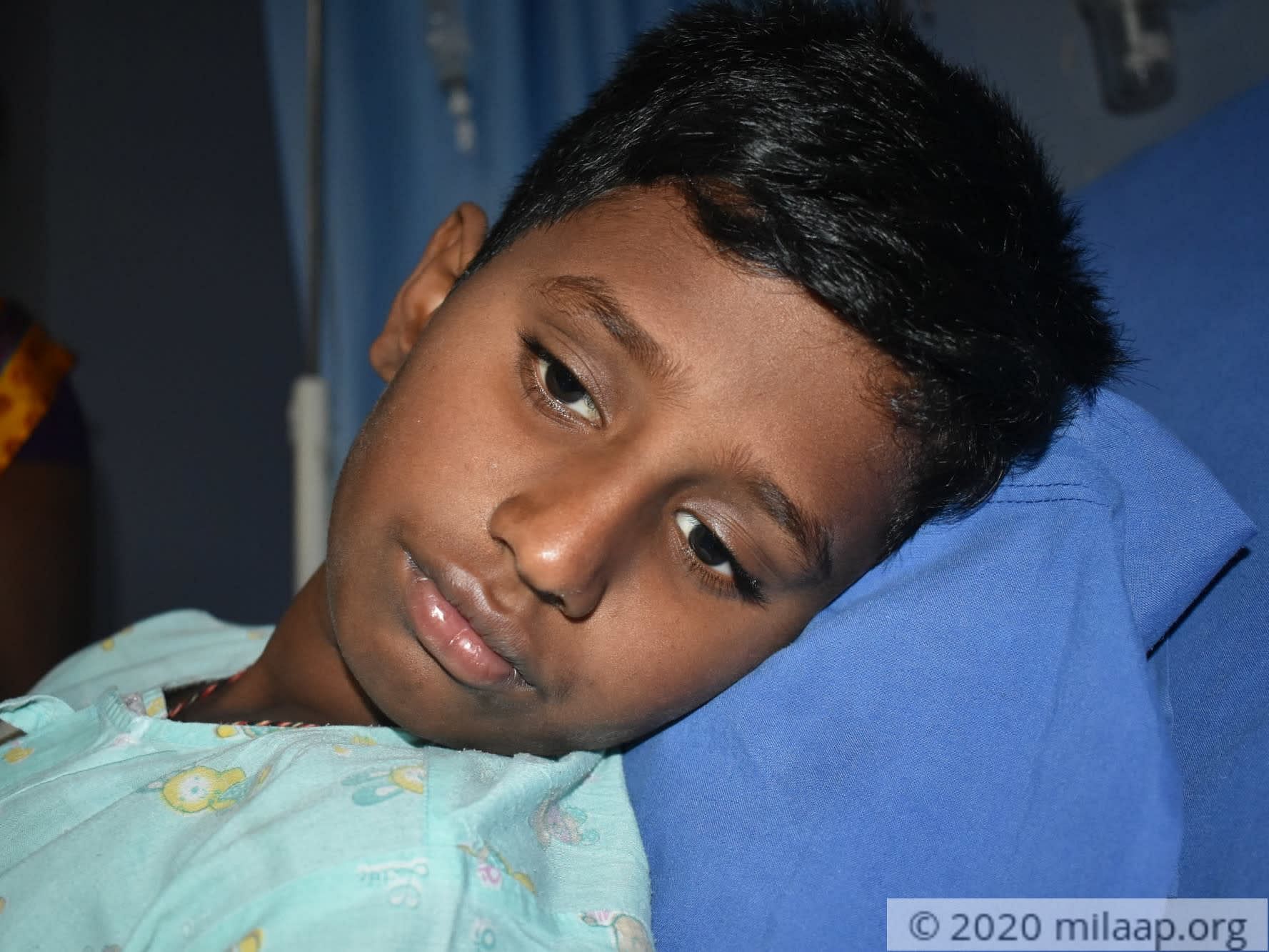 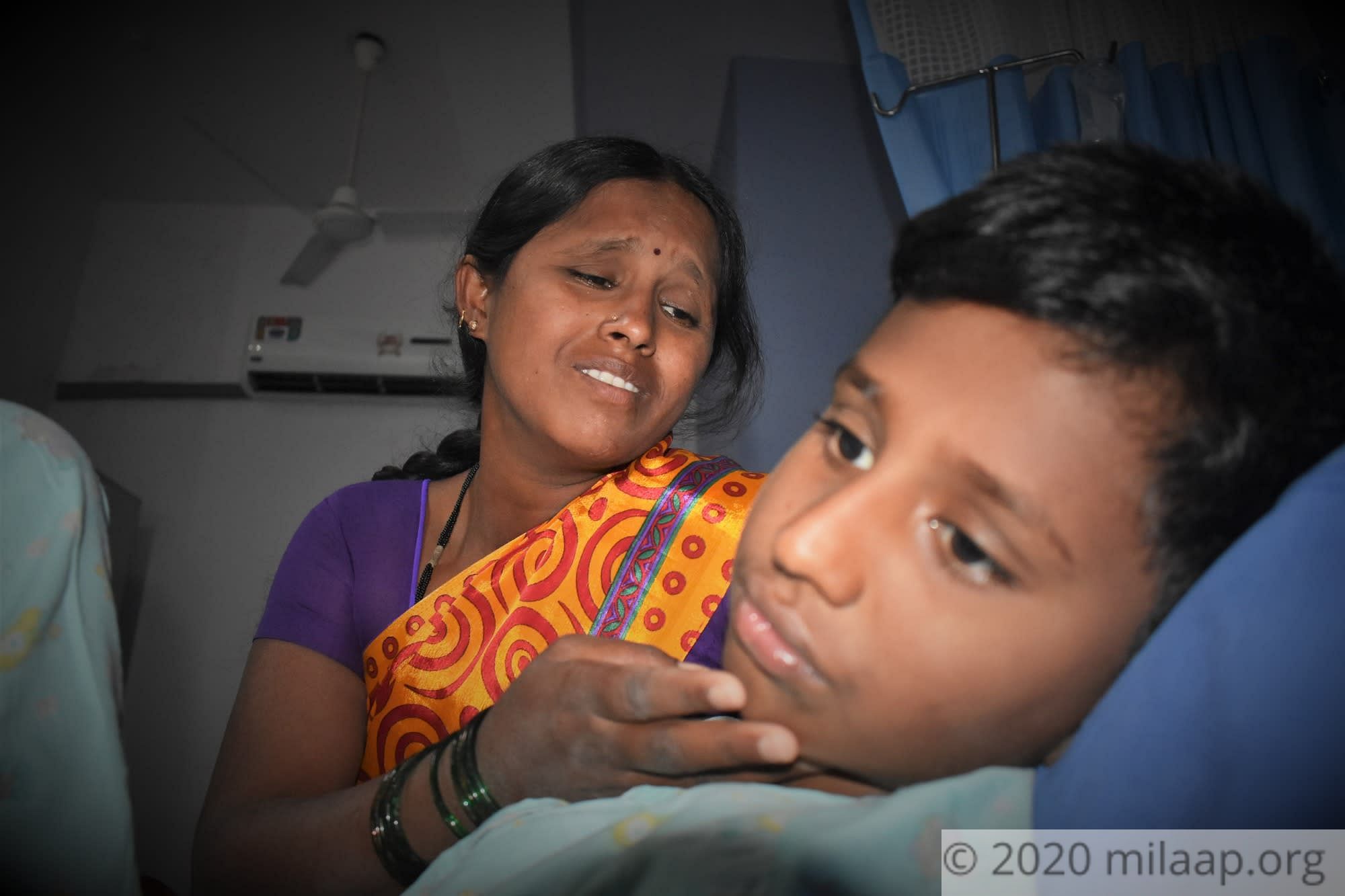 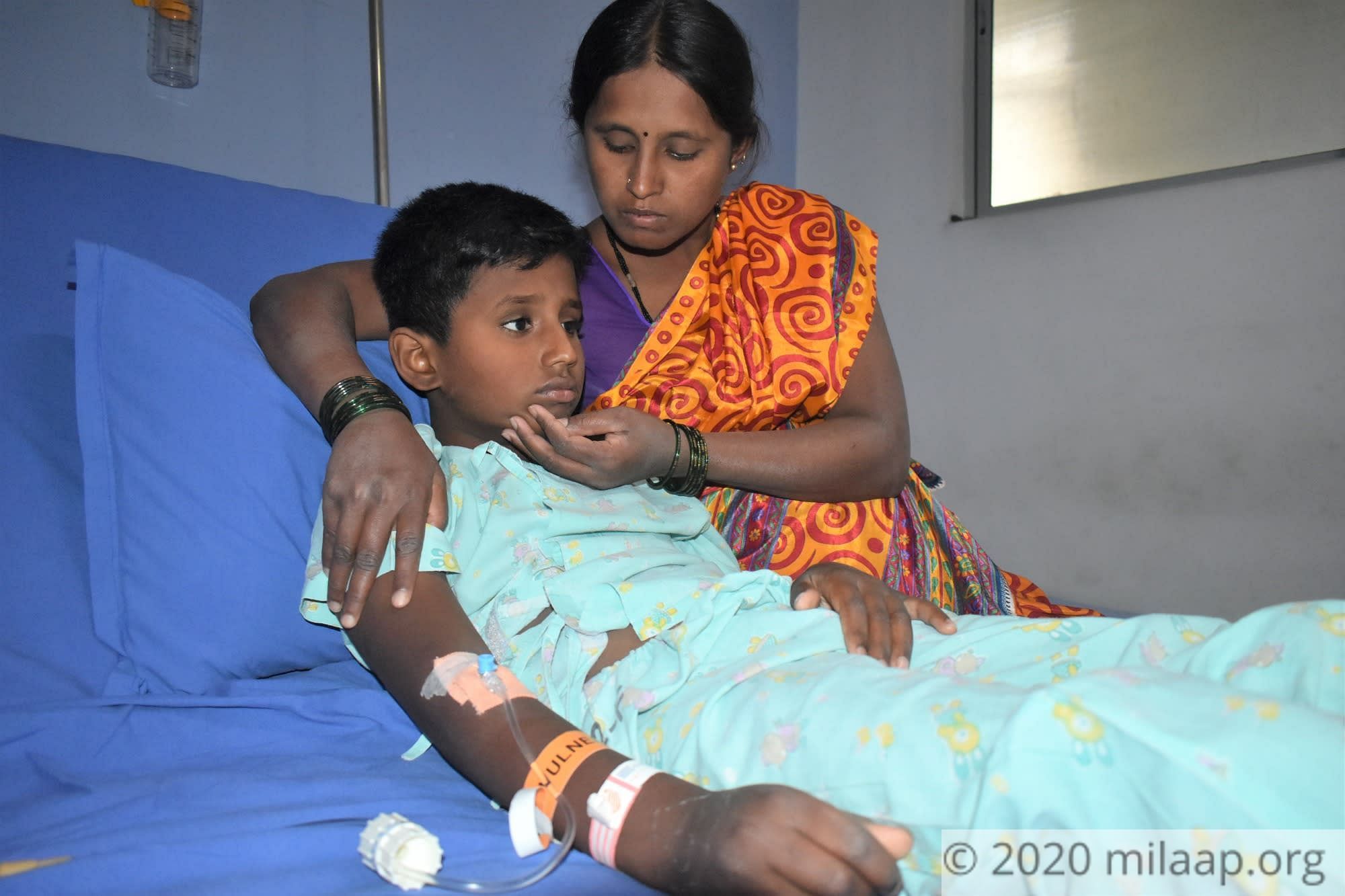 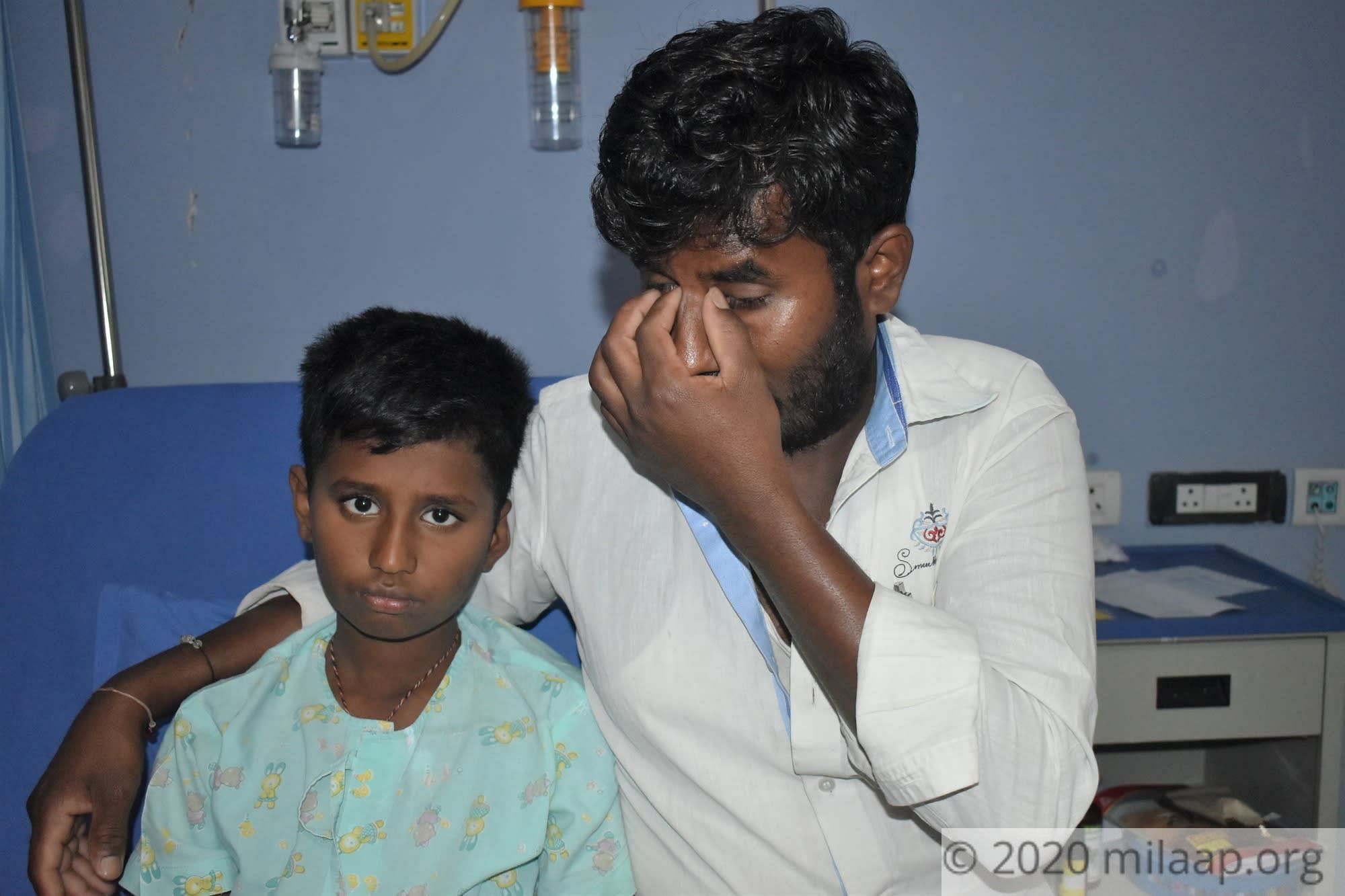 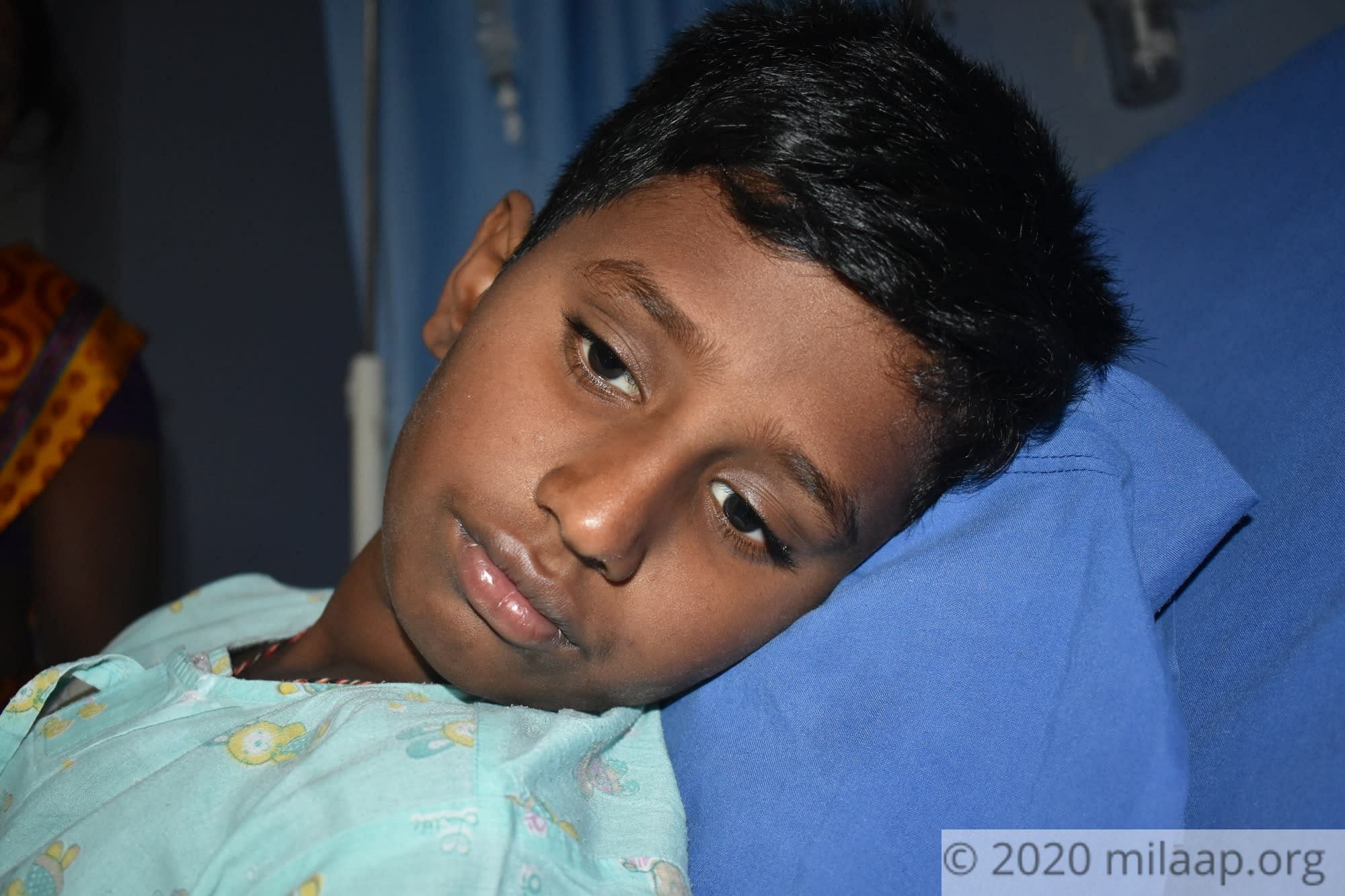 “The doctors have told us not to cry in front of him. But our house is too small, it’s just one room that serves as a kitchen, a hall and a bedroom too. We're always in his sight. Sometimes, when it’s too hard to not cry, the three of us run outside and cry our hearts out for what feels like several minutes. It’s just too painful…” – Varalakshmi, mother.

One day, little Chandu’s face swelled up and his nose started bleeding

9-year-old Chandu enjoyed Kusthi – a form of wrestling in their village. After school, he would finish his homework, help his parents with the chores and run out to play kusthi with his friends. He always won! But one day, he was diagnosed with a sickness, an opponent he stood no chance against.

“Just a month ago, he got a fever and his face swelled up. His nose started bleeding too. Seeing the test reports, the doctors said his blood cells count was down and he had dengue fever. They told us he might not survive, and asked us to take him home… We couldn’t believe our ears.” – Sreenivas, father.

Misdiagnosed with dengue, Chandu was silently battling a deadly cancer instead

Afraid, the parents rushed him from one hospital to the other, until one of them agreed to admit him. Newer tests were done and the results baffled them. It wasn’t dengue, but something worse. At 9 years, Chandu was diagnosed with acute lymphoblastic leukemia - a cancer of the blood and bone marrow.

“They said he needed a bone marrow transplant to stay alive. We knew instantly we couldn’t afford the surgery and were very afraid! It was a question of life or death, and we couldn’t talk, or eat the whole day. We had nothing to say. We silently calculated in our heads over and over again, the expenses involved.” – Sreenivas, father.

Currently, Chandu is undergoing chemotherapy and will require a bone marrow transplant immediately after. It will cost them 8 lakh rupees.

As a daily wager, Sreenivas earns no more than Rs. 5,000 a month. Until now, the family has spent more than 3 lakhs on his treatment and has borrowed high-interest loans for the same. Neck-deep in debts, they can’t afford to gather 8 lakhs, and are in misery.

“Till now he hasn’t asked us even once what the problem is. But there’s no trace of hope on his face. Maybe he knows it, and also knows we can’t afford it. It kills us to see him that way. He’s just 9 and deserves to live longer. I don’t know where to go or what to do! Please help!” – Sreenivas.

This deadly cancer is not just killing Chandu, but his parents too, who are filled with regrets already. With your generous contribution, you can help save a family. 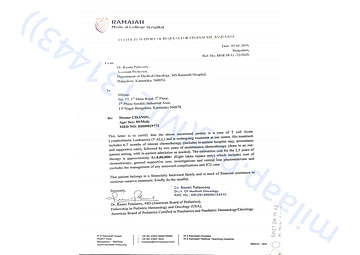 Click here to know more about Chandu
Donate now
OR
Click here to read the instructions before you make a bank transfer.