Fluid Build-Up Due To Tumour Is Putting Extreme Pressure On Baby’s Brain, He Needs Urgent Surgery | Milaap
Receive tax benefits by donating to this cause.

Fluid Build-Up Due To Tumour Is Putting Extreme Pressure On Baby’s Brain, He Needs Urgent Surgery 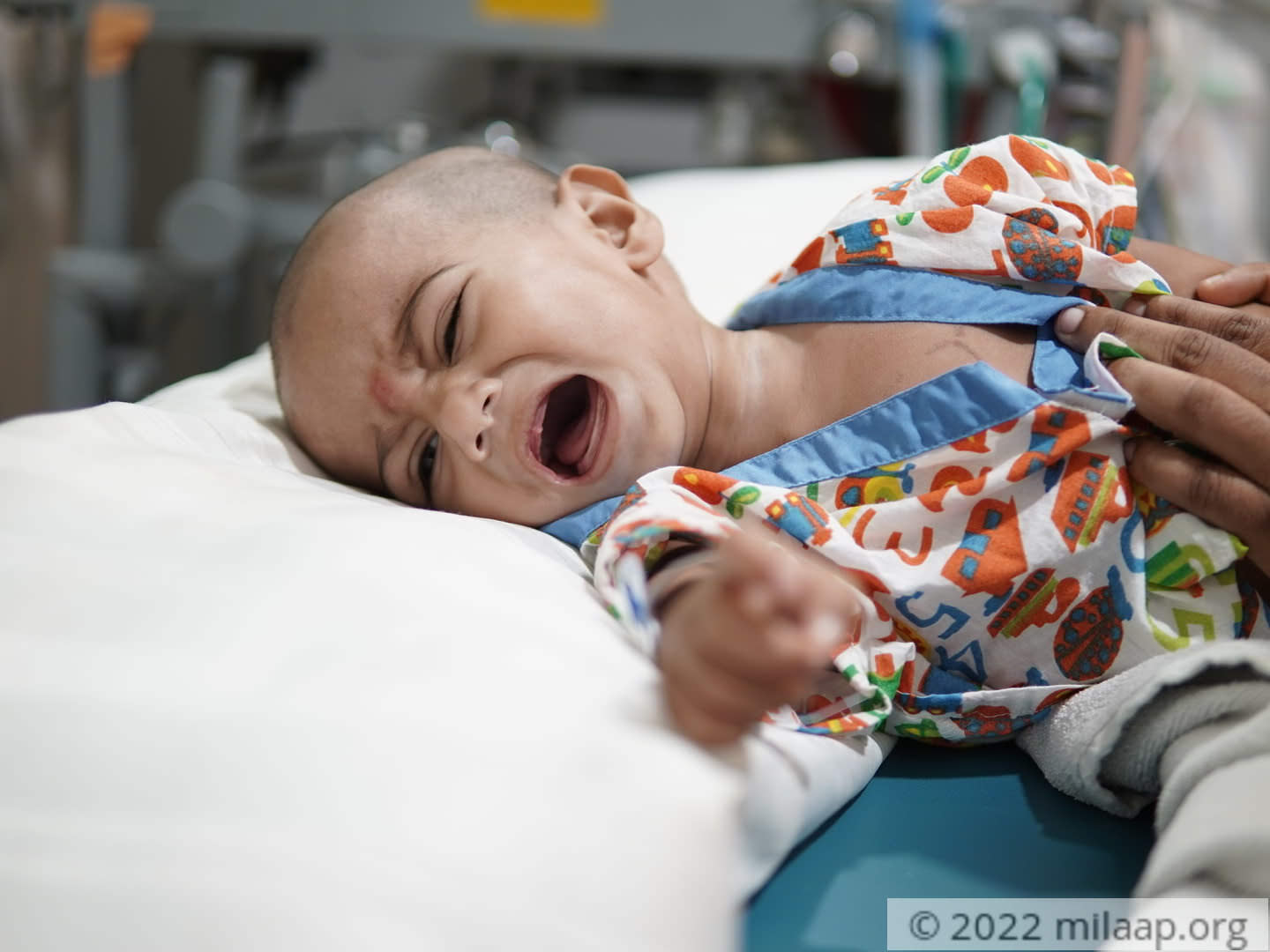 Share
When their baby Trivikram turned 11 months old recently, Sivakumar and Lakshmi took him to a temple to shave off his hair. As per custom, they also got their hair cut. It was supposed to be auspicious for the baby and the entire family, but what followed shortly was unexpected and unfortunate.

‘Our baby started vomiting constantly. No matter what we gave him, he would throw it all up. He could not even drink milk or water. No medicine was helping him. When we learned that a problem in his brain was causing all this, we were shocked.” - Sivakumar, father

Sivakumar took his son to many local doctors, but they could not figure out the cause of his problems. No one had the answers that Sivakumar and Lakshmi were looking for. Eventually, Trivikram’s condition began to worsen - he got seizures, where his entire body shook violently, and there was foaming at the mouth as well. Alarmed and terrified, his parents rushed him to Chennai, where after multiple tests, they learned that their baby had a tumour in his brain.

“Doctors told us that the tumour was pushing against the cavities in the brain, causing blockage and fluid build-up. Our baby is in a lot of pain and inconsolable. He cries a lot. They keep draining the fluid from his brain, but it only accumulates again.” - Sivakumar.

This father has already exhausted all his savings, needs your help

Baby Trivikram needs a major surgery to get his tumour removed, which is the only way the pressure it is putting on his brain can be eased. He is running out of time as without the surgery, this tumour can become bigger and kill him.


Sivakumar, an ordinary lab assistant based in Andhra Pradesh, has already done his best to save his son. Now, he is looking for your help and kindness to get him out of this situation.

“I come from a lower middle-class home where I had to manage the household from a young age after my father passed away. I do not even own a house of my own. My old mother and other relatives are still dependent on me for their livelihood. I do not have the means to afford my son’s surgery. Please help me.” - Sivakumar.

These parents are still coming to terms with their son’s illness and are in shock. They need your help urgently to save him and take him back home healthy and happy. Click here to contribute.
BT
Patient baby trivikram is 11 months old, living in Kadapa, Andhra Pradesh
AC
Being treated in Apollo Childrens Hospital, chennai