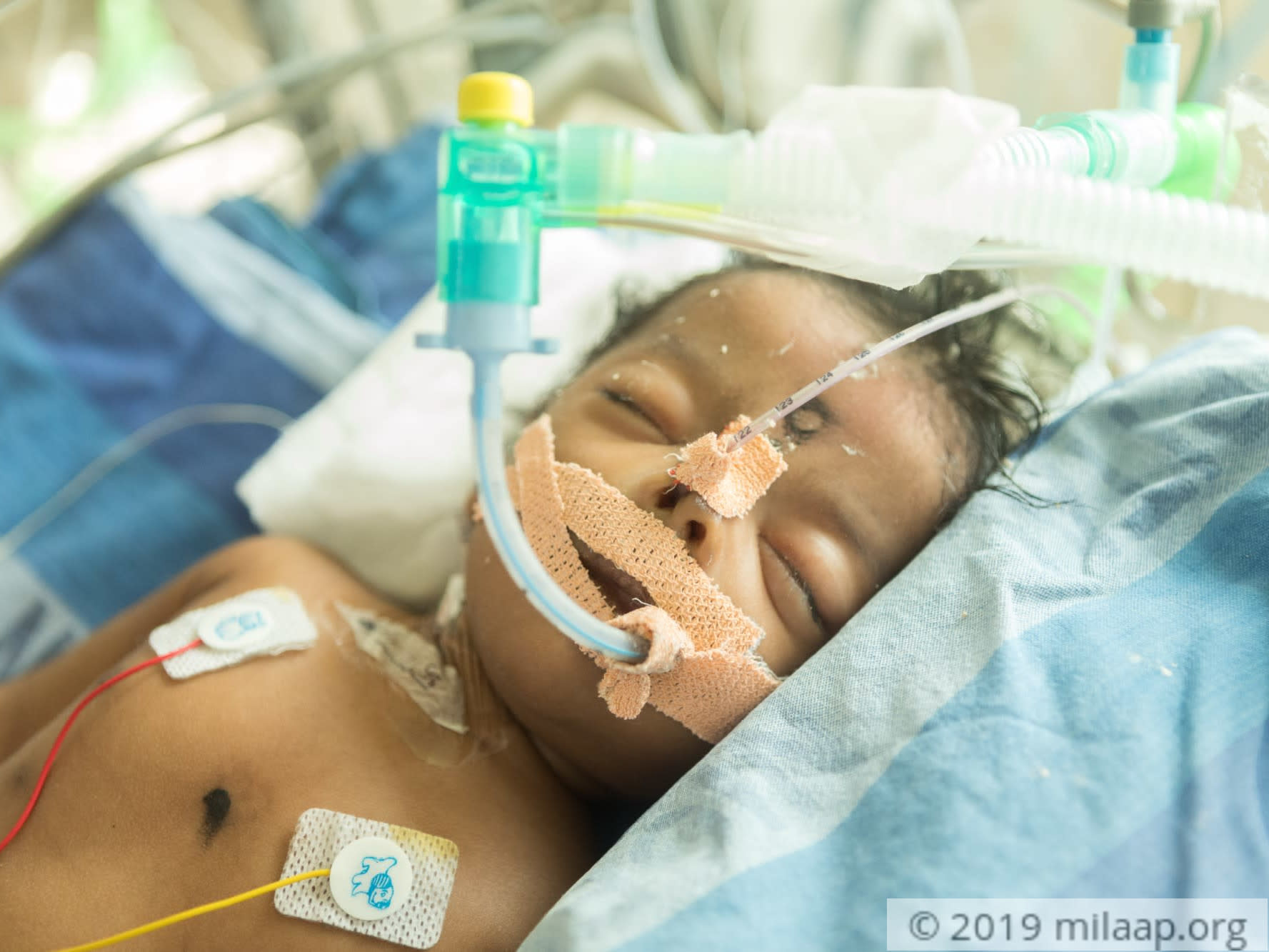 Share
I couldn’t even understand what they were saying, the first time they tried to explain what was wrong with my sick newborn.
They told me... that none of the organs inside his body were fixed in place like normal.
His heart... was on the other side of his chest... and part of his stomach was where his heart was supposed to be.
- Praveen, father

Praveen and Swathi had been very excited when they found out that they were going to have another child. They had always wanted two children, but after the first time, Swathi didn’t get pregnant for several years. They had started to think that their dream would remain just that: a dream. But when Swathi got pregnant again, after 7 years, it was an incredibly happy surprise. When he was finally born, the young parents thought it was the best day of their lives. That happiness lasted just minutes.

“They rushed him away as soon he was delivered. Then they came back and said they needed to run all kinds of scans. Once the results came back... we couldn’t believe what we were seeing. All of his internal organs were jumbled together... I didn’t even know that was possible! The biggest problem was that his heart was jammed into his lungs, suffocating him from the inside. They said he needed urgent surgery to put all his organs back in place, or he might die...”
- Swathi, mother

They got him the surgery and it was successful, but their troubles did not end there

Working in a private company, Praveen doesn’t make much money, and he only ever had enough savings for small emergencies. To afford his son’s life-saving surgery, he had to take multiple loans from various sources. Once the surgery was over, he was both ecstatic that his son had made it, and also worried about how he would repay the loans. But soon both were overshadowed by utter fear and panic when, just a week after he brought their son home, the baby started having uncontrollable seizures.

“We rushed him back to the hospital. He was burning up by then, and was having trouble breathing again. They immediately put him on a ventilator, and ran more tests. He had developed an infection in his lungs and brain. They are saying he needs to be here for a few weeks. But how can I afford this now?! I have nothing left! What if... what if I lose him because I don’t have any more money?!”
- Praveen

These parents are at the end of their rope. They don’t know what they’re going to do, they just know they can’t lose their precious son. It is up to you now, to keep their son and their dream of being a happy family alive. Contribute as much as you can, now.