Before This Mother Could See Her Baby's Face, He Was Put On A Ventilator To Prevent His Lungs From Collapsing | Milaap
Receive tax benefits by donating to this cause.

Before This Mother Could See Her Baby's Face, He Was Put On A Ventilator To Prevent His Lungs From Collapsing 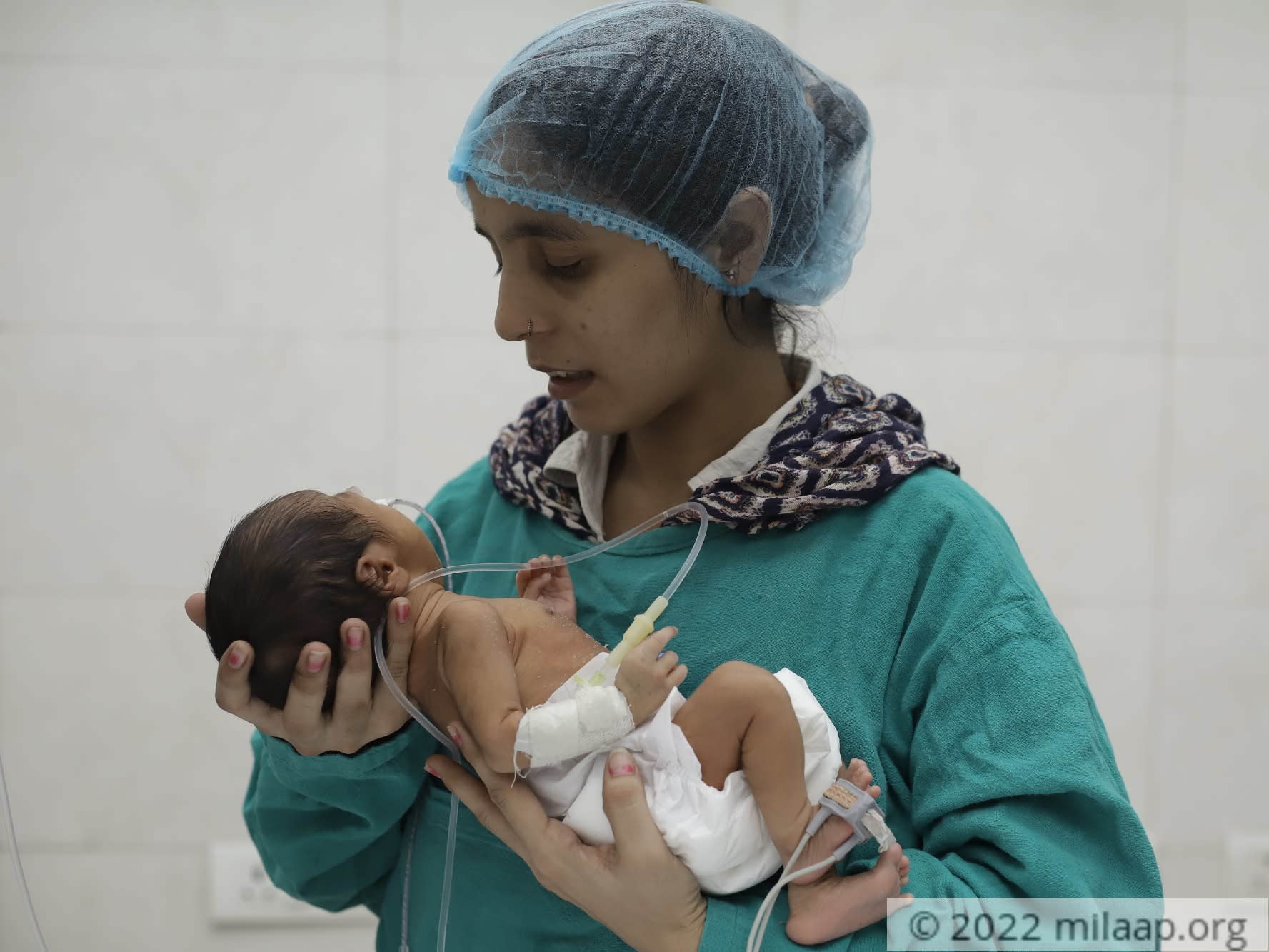 "All of a sudden, my baby's cries stopped and a chilling silence shook all of us in the delivery room. His heart was beating but he wasn't breathing. Immediately, the nurse inserted a breathing tube in his mouth which kept pumping oxygen for an hour but my baby was not responding at all. Before I could even get a glimpse of his face, he was put on ventilator because even a second's delay would have made him collapse right there." - Ritika, mother

Nothing could have prepared Ritika for the awry turn of events on the day of her baby's birth. As soon as she went into labour unexpected in her eight month of pregnancy, she immediately called up her husband to take her to the hospital.

"As I was being rushed into the delivery room, I learned that my husband had met with an accident on his way to take me to the hospital. I was lying on the stretcher when my world was crumbling into pieces right there. Not knowing the whereabouts of my husband and giving birth to my baby prematurely was so traumatic for me, that my body froze with fright and I didn't think I would make it too." - Ritika, mother

Along with his lungs and kidneys, this baby's brain is also at a risk of damage

For the past two weeks, Ritika has been praying non-stop for the day that her baby will breathe on his own, but in vain. His underdeveloped lungs have led to acute respiratory distress in this little baby, and the lack of oxygen to his brain is causing all his other organs to malfunction too. This damage is so severe that he is already undergoing dialysis for his failed kidneys.

"With all of it, now a terrible bacterial infection has worsened his condition and reduced him to just bones. I keep assuring him daily that his Ma is here, right next to him… but seeing him lay lifelessly with all those tubes on his fragile body, just breaks my heart." - Ritika, mother

'I haven't seen my baby even once, what did I do to deserve this?'

Amidst all the emotional turmoil surrounding their baby's critical condition, this couple has been distraught over his medical expenses too. After Naveen's accident, he has been completely bedridden and hasn't seen his baby till now.

"Our financial crunch never let me complete my education, so physical labour was the only way left for me to sustain my family. But with my accident, I've lost that chance now. Even while battling cancer, my aged father is toiling hard to meet our expenses. If I don't arrange 8 lakh rupees soon, I'll be forever haunted with the harrowing decision of having to take my son off the ventilator. I haven't seen my baby even once, what did I do to deserve such a cruel fate?" - Naveen, father

'But with my accident, I've lost that chance now' - Ritika's Father

Ritika and Naveen's baby needs a few more weeks of NICU support. Every single day, the little one has been fighting with all his might to survive. Your small contribution can make a huge difference to this family, that is desperate to save their newborn baby.