This 2-Month-Old's Intestines Are Dissolving, He Needs Urgent | Milaap

This 2-Month-Old's Intestines Are Dissolving, He Needs Urgent Surgery 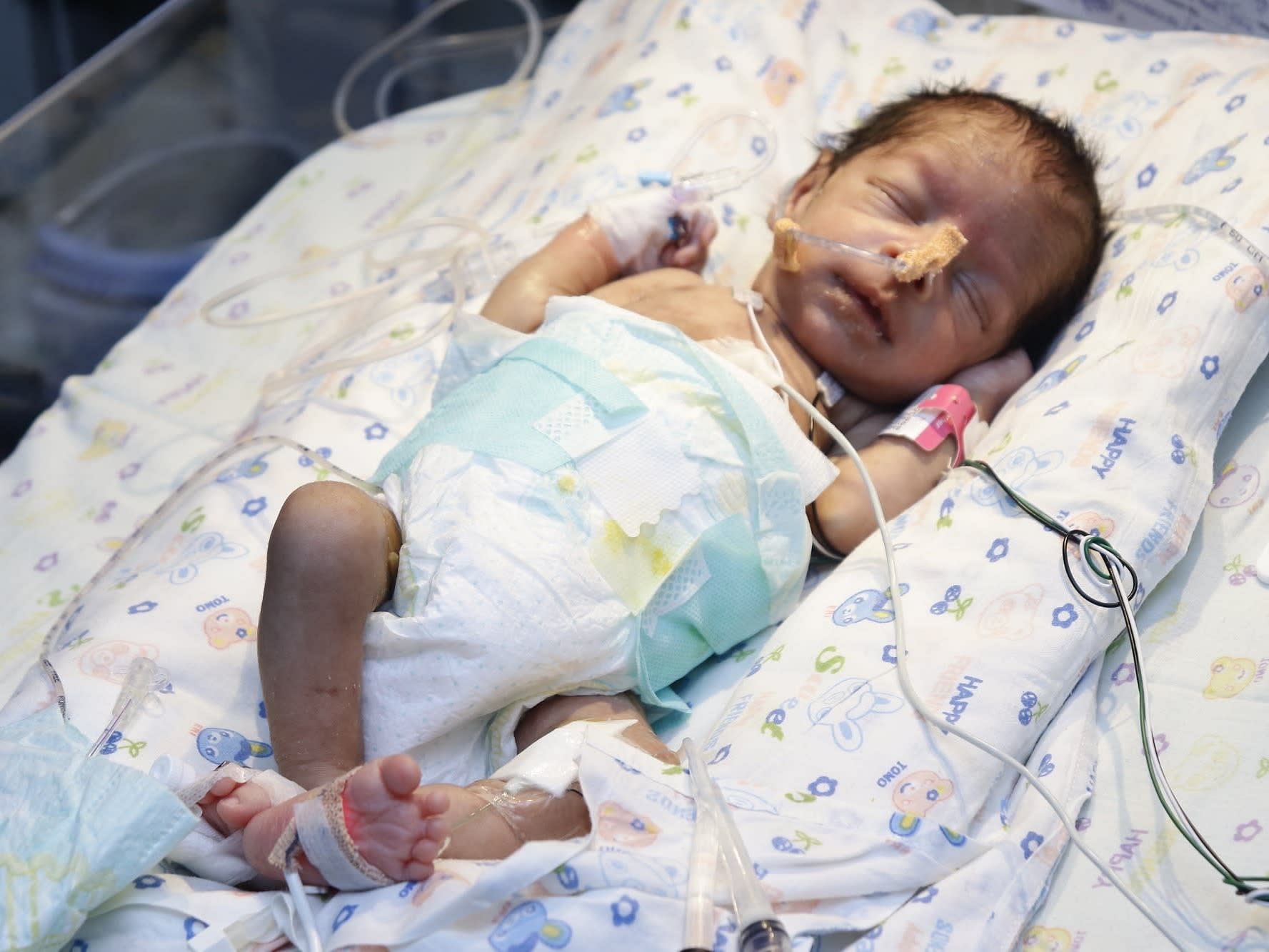 “Seeing my baby’s intestines like that, it’s a sight no parent should ever have to see. They’re saying his stomach acids are dissolving his intestines and other organs. He’s in so much pain, every single moment that he’s awake...
It’s been two months since all this started and he’s still lying in the ICU like that, just because I can’t afford the surgery he needs!” — Rupesh, father 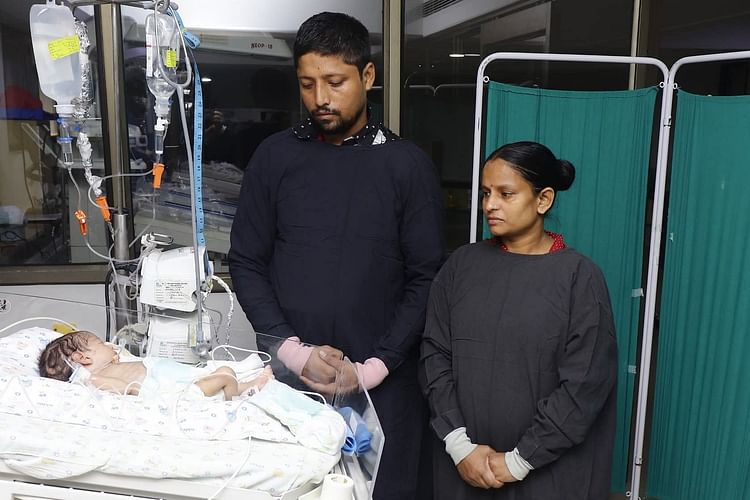 When Rupesh and Rajni found out that she was pregnant, they couldn’t believe it. It had been something they had wished and prayed for such a long time, and so the next 7 months had gone by in an excited blur despite their ongoing financial difficulties brought on by the pandemic.

“But in my 32nd week I was resting at home when I suddenly felt my water breaking. I was so scared something had happened to the baby, so Rupesh took me to the hospital. I had to give birth prematurely, but that would soon prove to be the least of our problems as our baby was immediately rushed to the NICU, before I could even hold him.” — Rajni, mother 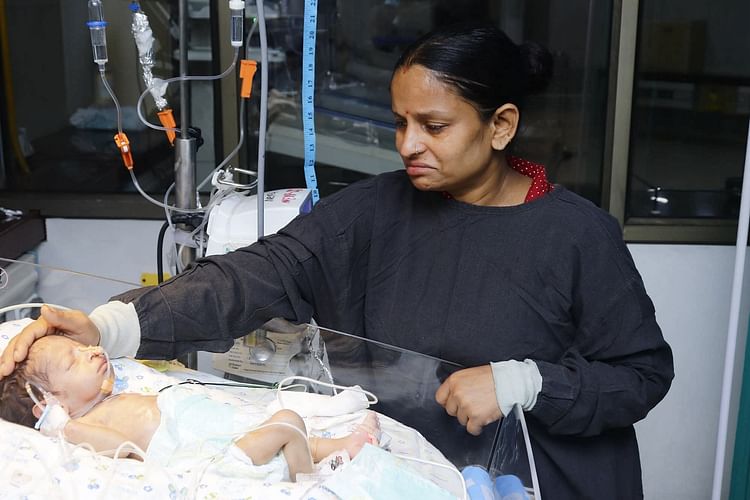 They weren’t prepared for the next few weeks

“Once he was deemed healthy enough to be taken home, we did so. But not even a day had gone by when he started crying all of a sudden, and I noticed his stomach had swollen a little. We took him back to the hospital immediately, and the doctor did a few scans. We weren’t prepared at all to hear him look at the reports and say that our baby... that he was probably going to die, because his intestines were full of holes! We begged them to treat him but they said it was beyond their abilities. So we brought him here to Delhi, and somehow we were able to get him a surgery that has kept him alive for a few more weeks. But to get fully treated he needs one last surgery, and we’re unable to afford the cost!” 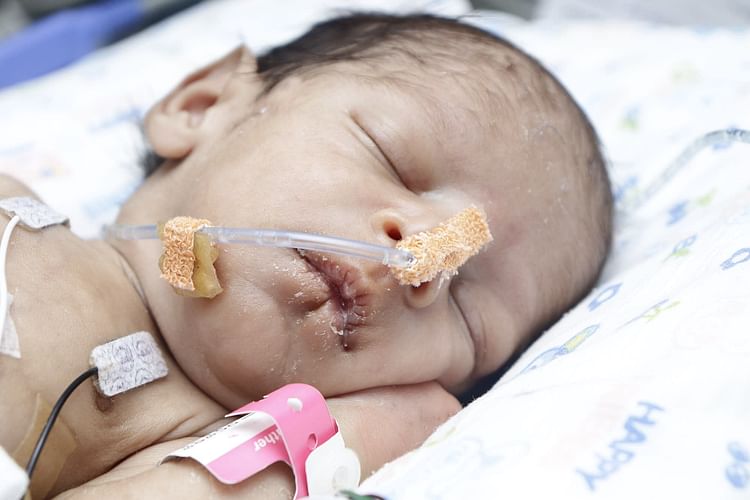 This little one is running out of time

Extensive testing has revealed that Rupesh and Rajni’s baby was born with multiple holes in his intestines. As a result, every time he was feeding, the milk was leaking out into his abdominal cavity, leading to severe infection. Before long, this turned into necrosis, the death of body tissue. In other words, this little one is dying from the inside out. An emergency surgery soon after they reached Delhi stabilized his condition temporarily, but without the second surgery he may not have much time left. 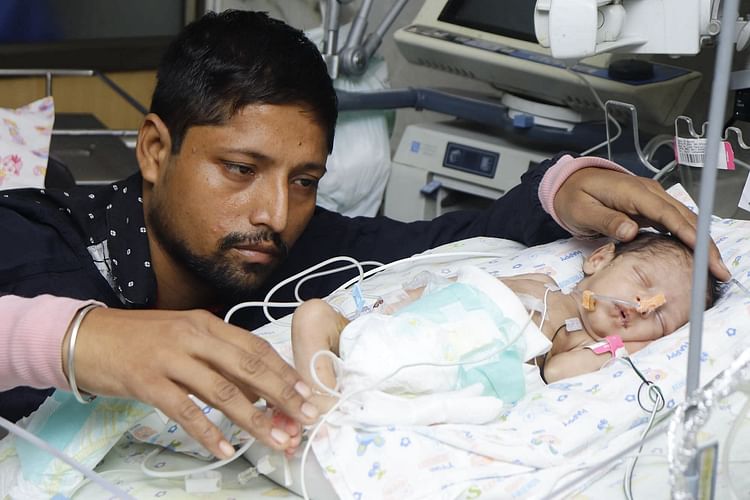 “I work in a small garment store, I'm just a clothes salesman. Over the past few weeks, I’ve already spent more money than I have ever earned in my life, all borrowed. Now I need at least 14 lakhs more. This isn’t something I can accomplish in such a short time-frame. We couldn't bear it if something happened to our son. Rajni has already lost 15kgs over the past month because she's so tense and scared! Please, save our boy!” — Rupesh