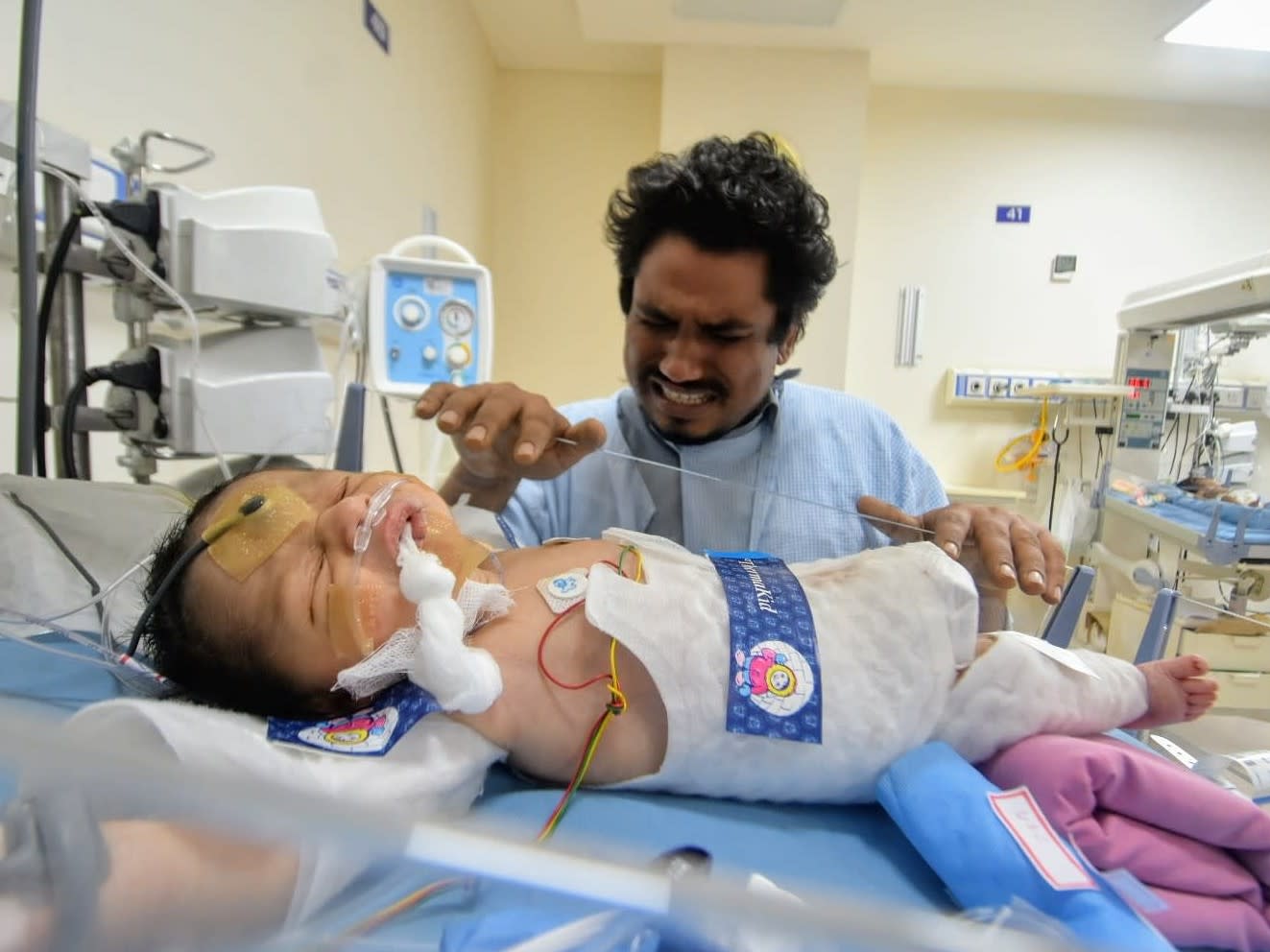 "After seven years of waiting when we found out that Priyanka was pregnant, we’d been so ecstatic that the lockdown, all our financial troubles, they all seemed less important. We were so excited to see our child come into the world...
But he’s been fighting death from the moment he was born, and I barely get the chance to hold him because he’s so sick. All day, every day, I wait for 11am and 8pm; that’s when I’m allowed to carry him for 1 min at a time." — Raju, father 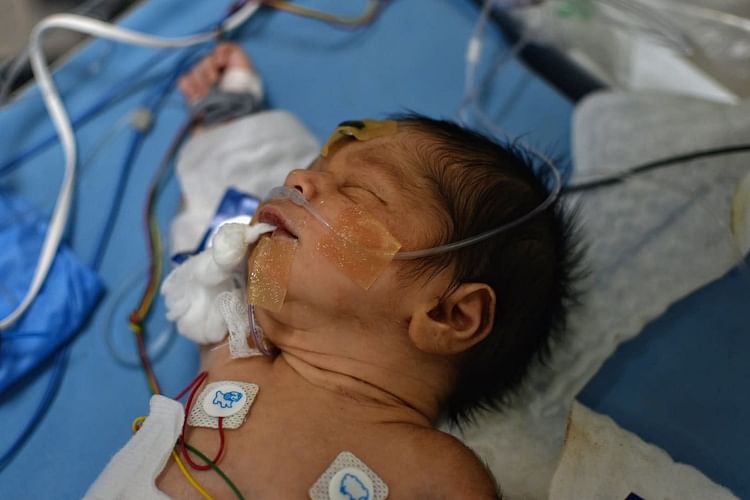 He almost died once already, in his mother’s womb

Priyanka’s pregnancy had been completely normal until her 6th month, when she suddenly experienced severe bleeding. Fearing the worst, Raju had rushed her to the hospital immediately.

“She ended up getting admitted for a while, after which the doctors discharged her, prescribing some medicines for her to take at home. They told us there had been a dangerous complication, but that it was all fine now and we had no reason to worry. But just 3 months later our baby is fighting death again!” 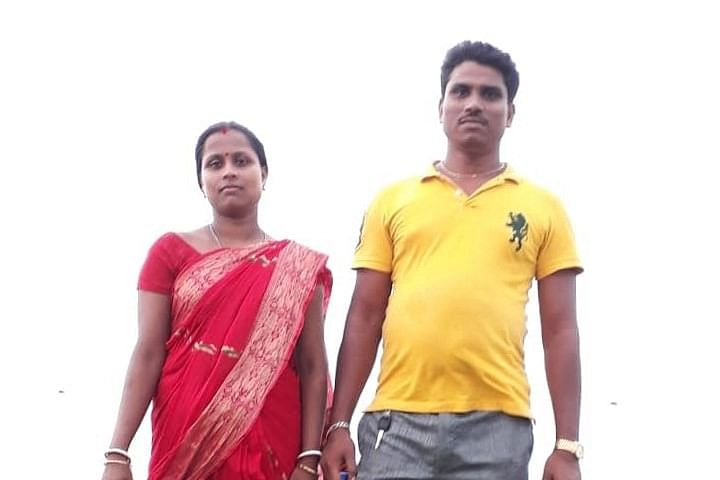 Severe complications at birth changed everything

“In just moments, the day of the delivery turned from a happy occasion for us to one of fear and shock. Doctors informed us that our baby had swallowed some toxic substance in the womb, and was slowly dying from brain damage. Priyanka underwent emergency c-section, but it wasn’t enough; when our baby was born he wasn’t crying, and his eyes were closed. For a moment... for a moment I thought we had lost him. But then he was rushed into the NICU, and we came to know that despite the brain damage he can recover if he gets enough treatment!” 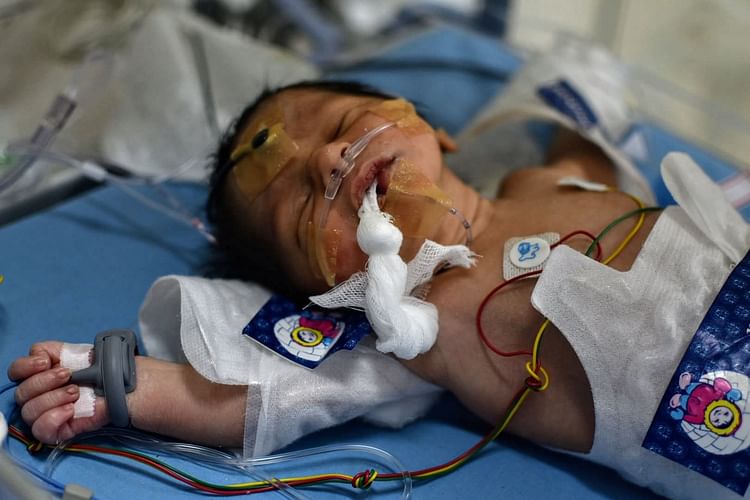 ‘Doctors had to freeze his body to prevent further brain damage’

Due to complications during birth, Raju and Priyanka’s newborn has hypoxic ischemic encephalopathy (HIE), a type of brain dysfunction that occurs when the brain doesn't receive enough oxygen or blood flow for a period of time. Hypoxic means not enough oxygen; ischemic means not enough blood flow; and encephalopathy means brain disorder. He needs a few more weeks of ICU stay to recover fully and go home, but Raju is completely out of money.

“In the meantime, to keep him alive this long and stop further brain damage, doctors have had to use some procedure where they basically freeze his body! A baby shouldn’t have to go through all this!” 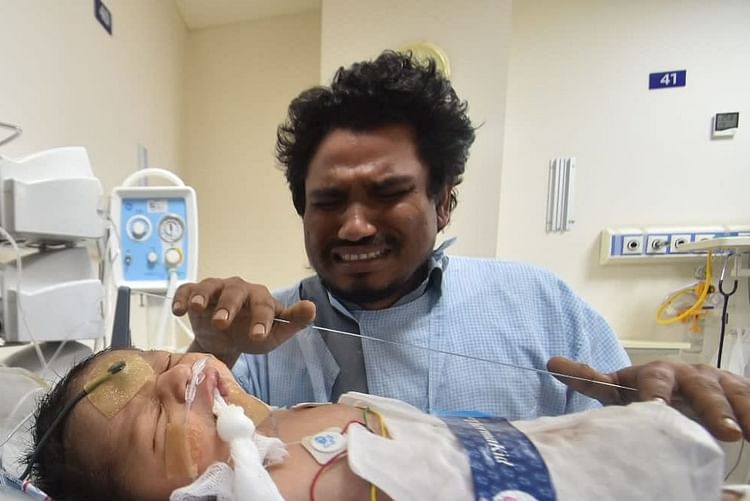 Raju needs your help to save his baby's life

“I paint houses for a living. I’m already in debt due to all the expenses so far, there’s no way I can put together the kind of money my son needs for a few more weeks in the ICU. Please, he’s just a baby, he doesn’t deserve this. And my wife doesn’t deserve this either! I’m unable to do anything, please help me save my family...”

Priyanka is still recovering from her c-section. It would be a tragedy if her newborn passed away before she got to hold him and take him home. Click here to donate.
BO
Patient Baby of Priyanka Gayen is 2 days old, living in Bengaluru, Karnataka
RC
Being treated in RAINBOW CHILDREN HOSPITAL, Bengaluru, Karnataka