Rare Condition Won't Let His Infant Eat Anything, He's Helpless As His Son Starves To Death 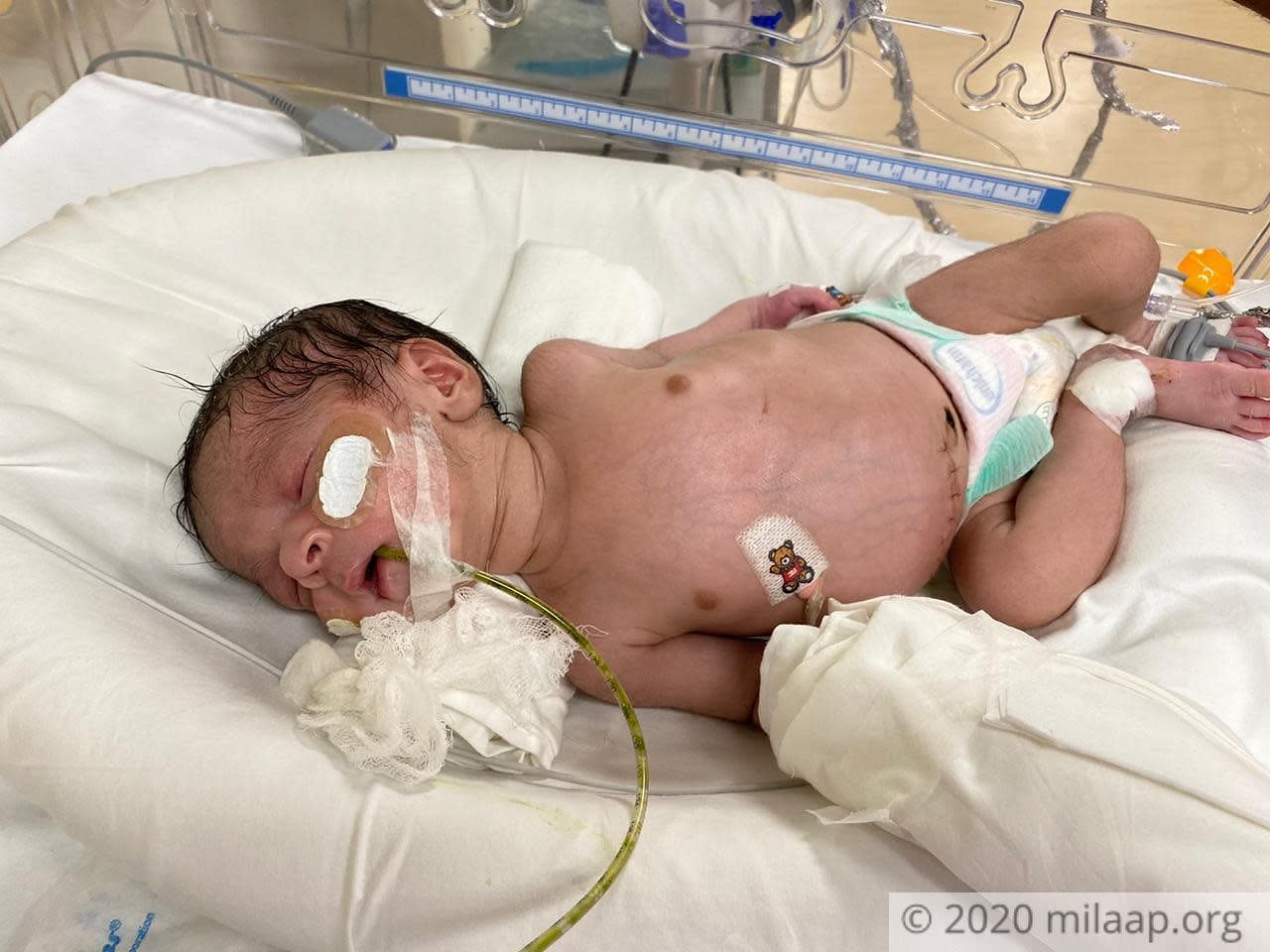 Share
I haven’t had a single moment of peaceful sleep over the past few days. Every time I close my eyes I picture my poor wife, still recovering from her c-section, begging me to let her see our son. Explaining to her why she couldn’t was the hardest thing I’ve ever had to do in my life. During the pregnancy, doctors had told us that he may be the only child we’ll ever have.
Now he’s lying in the ICU. I’m terrified he'll die before she ever gets to see him!
— Amit, father 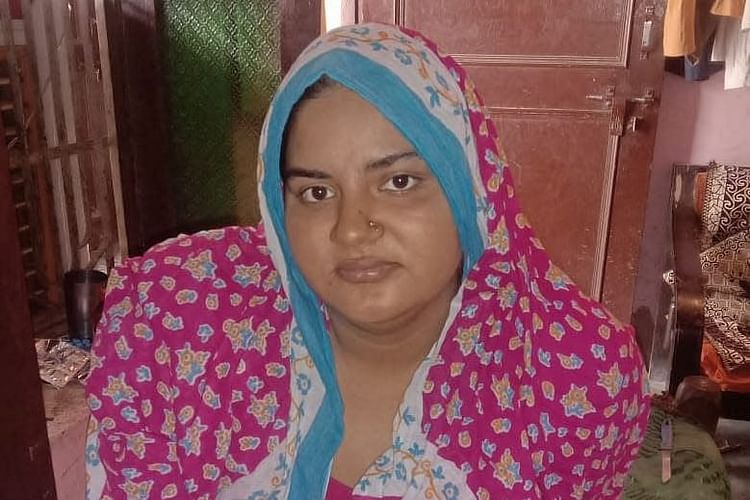 Nitesh, a few weeks before she gave birth
Amit and his wife Nitesh’s lives changed in the blink of an eye in the early hours of July 11th. After 5 years of marriage, they were finally about to have a baby, and they couldn’t have been any happier. But just moments after the delivery, Amit’s joy turned into horror.

“Nitesh was still unconscious so they handed me my baby. I was just about to kiss his forehead when this thick green fluid started leaking out of his mouth and he started choking and gasping for breath!” — Amit 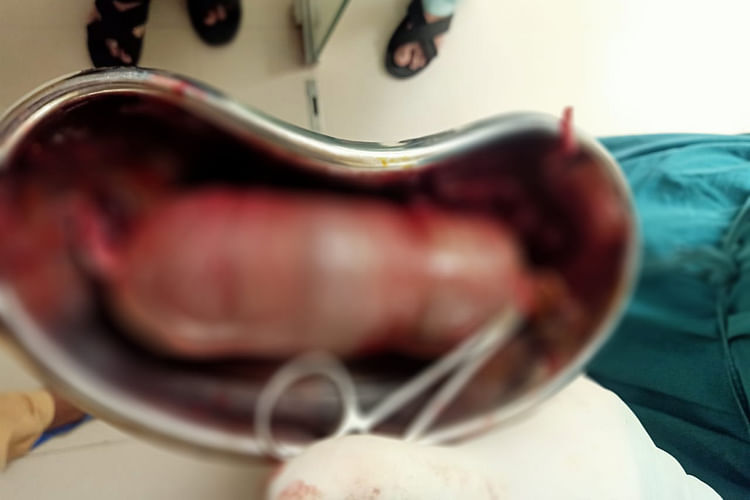 Amit and Nitesh’s little one was born with ileal atresia: a significant part of his intestines didn't develop properly, leading to severe pus and toxic fluid build-up, which has completely blocked his digestive system. This is causing multiple symptoms that are both painful and life-threatening, even after a portion of the poorly-developed and blocked  intestines were surgically removed within hours of his birth.

“Because of his condition, my baby hasn’t been able to eat or drink anything from the moment he was born. And yet he still keeps vomiting that toxic green liquid! His stomach keeps getting painfully swollen and he keeps crying until he can’t breathe anymore...” 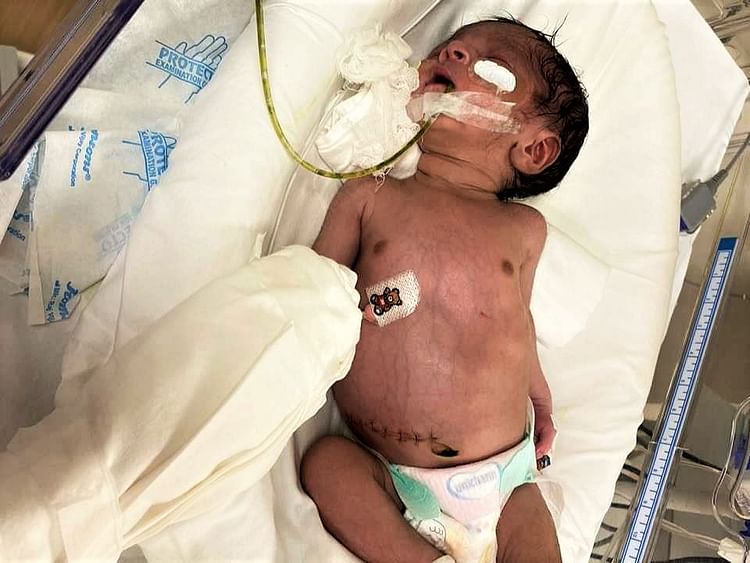 Amit knows his son’s life can be saved, and that makes everything worse

“I can’t sleep anymore. Doctors told me that two immediate surgeries are the only way to save my son’s life. I already got him one, but without the final surgery, my little boy will starve to death even as we try and feed him! But I can’t afford a 3.5 lakh procedure! Knowing that there’s a way to save him, that I can keep my family from getting torn apart so soon after it was finally formed, sometimes makes it all even worse. Because then that means it’s my fault for letting it happen! The guilt just...” — Amit, unable to continue 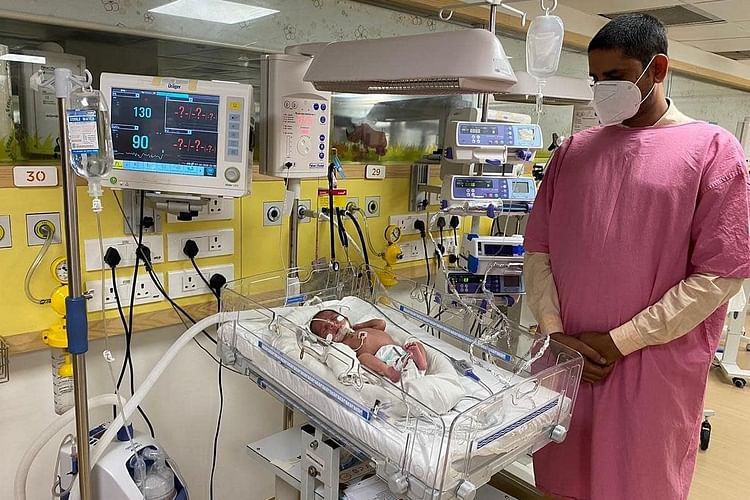 Amit can’t save his first child on his own

This helpless father used to work as a daily wager before the lockdown. With the money he earned he would support his pregnant wife, and two aged parents. But once the lockdown came into effect, he had to start borrowing money just to keep them fed twice a day.

"I was somehow able to afford the first surgery he needs, but doctors are saying he needs the next and final surgery within days if he’s to survive. There’s no way I can afford this on my own. Please, you have to help us!”

Amit and Nitesh are desperate, both of them more than the other in different ways. Nitesh doesn’t want to lose a child, perhaps the only child she’ll ever have, before she even gets to meet him, and Amit doesn’t want to be the cause of such a tragic turn of events.
You can help this family by clicking here and donating.
BO
Patient Baby of Nitesh is 5 days old, living in Jaipur, Rajasthan
SH
Being treated in Surya Hospital, Jaipur, Rajasthan