My Babies Left Me Even Before I Saw Them, Now I Have Only One Chance To Save My Newborn | Milaap
loans added to your basket
Total : 0
Pay Now

N
You are sending a message to
Nikhil
Go back

My Babies Left Me Even Before I Saw Them, Now I Have Only One Chance To Save My Newborn 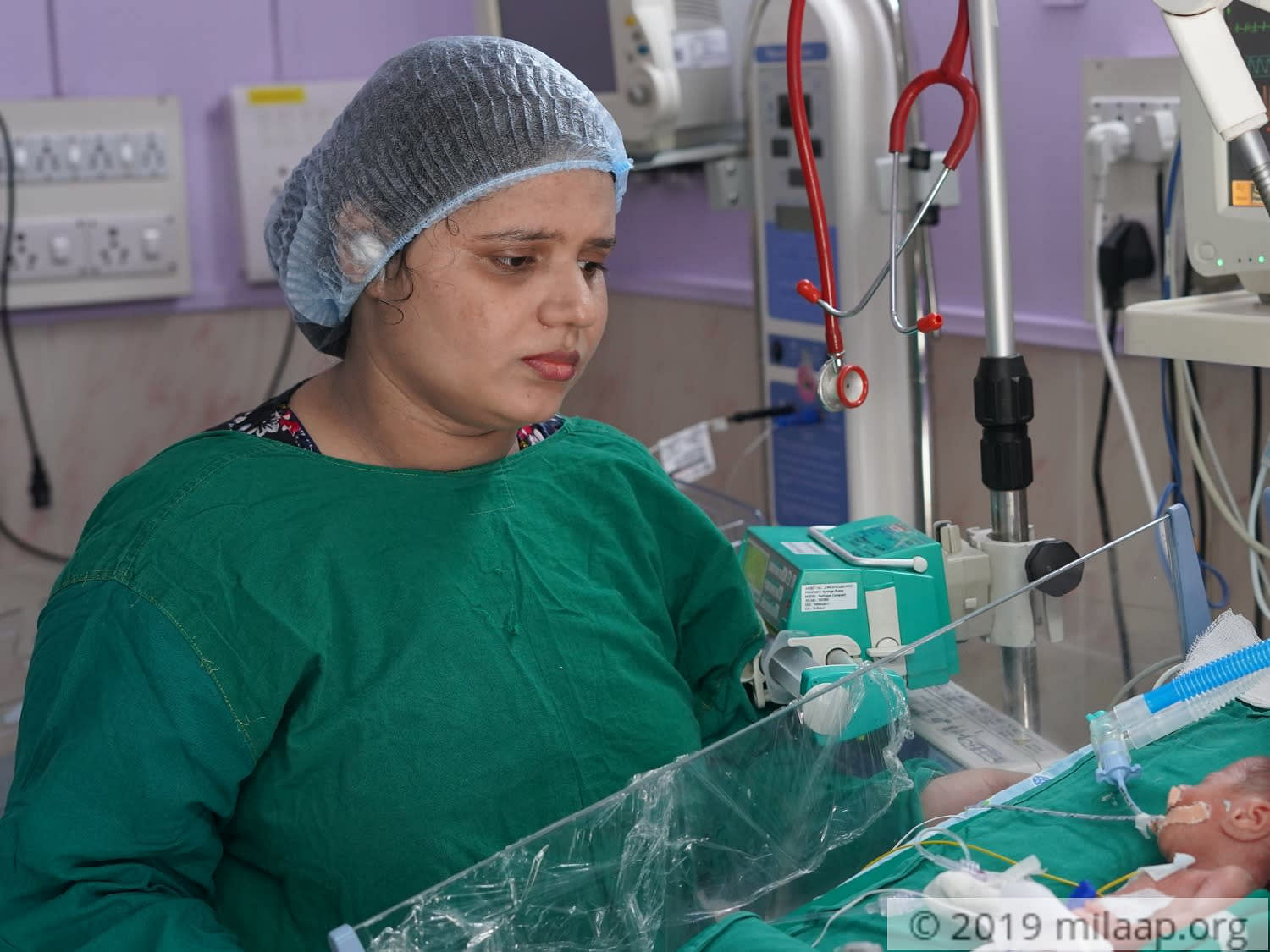 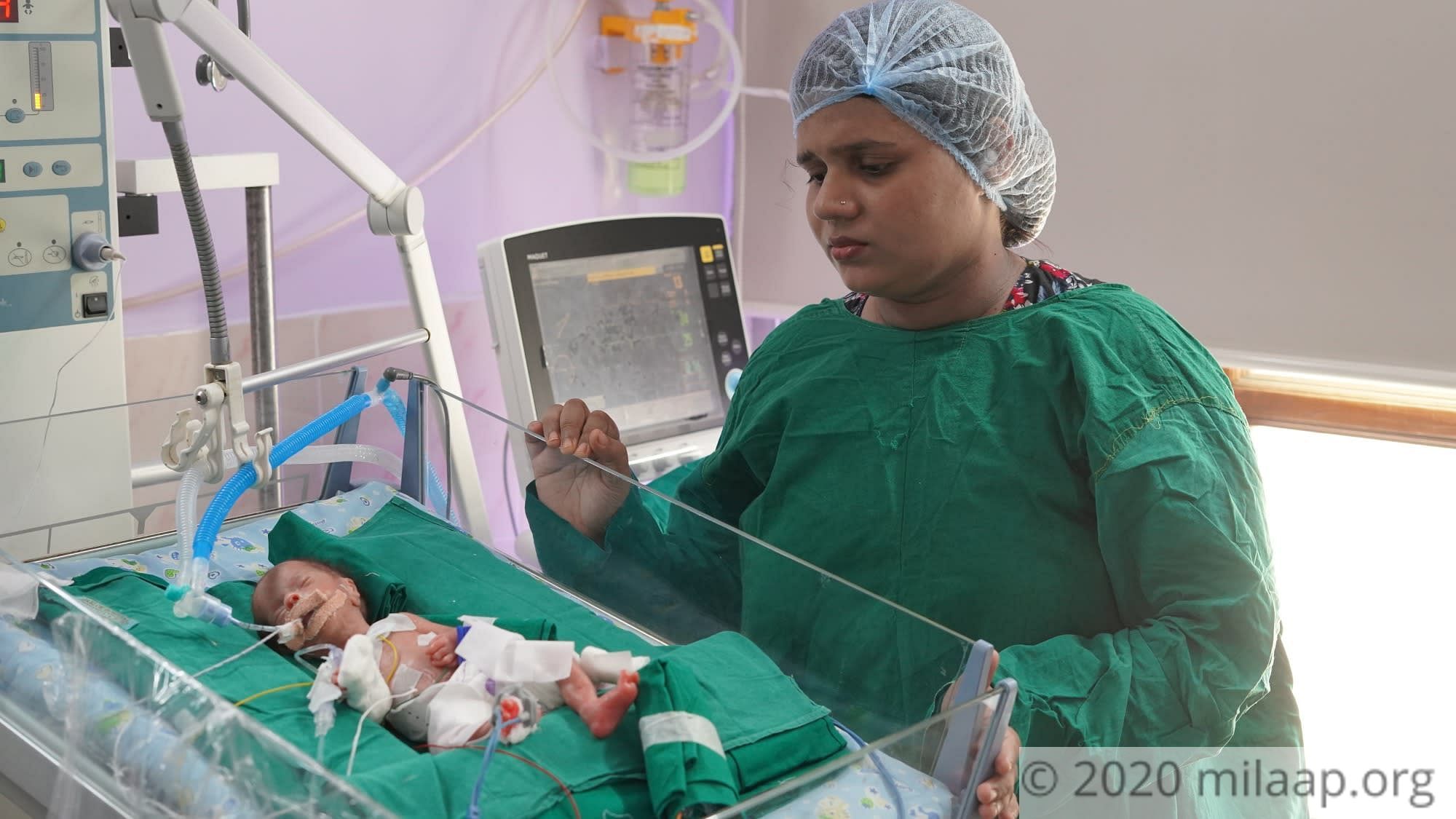 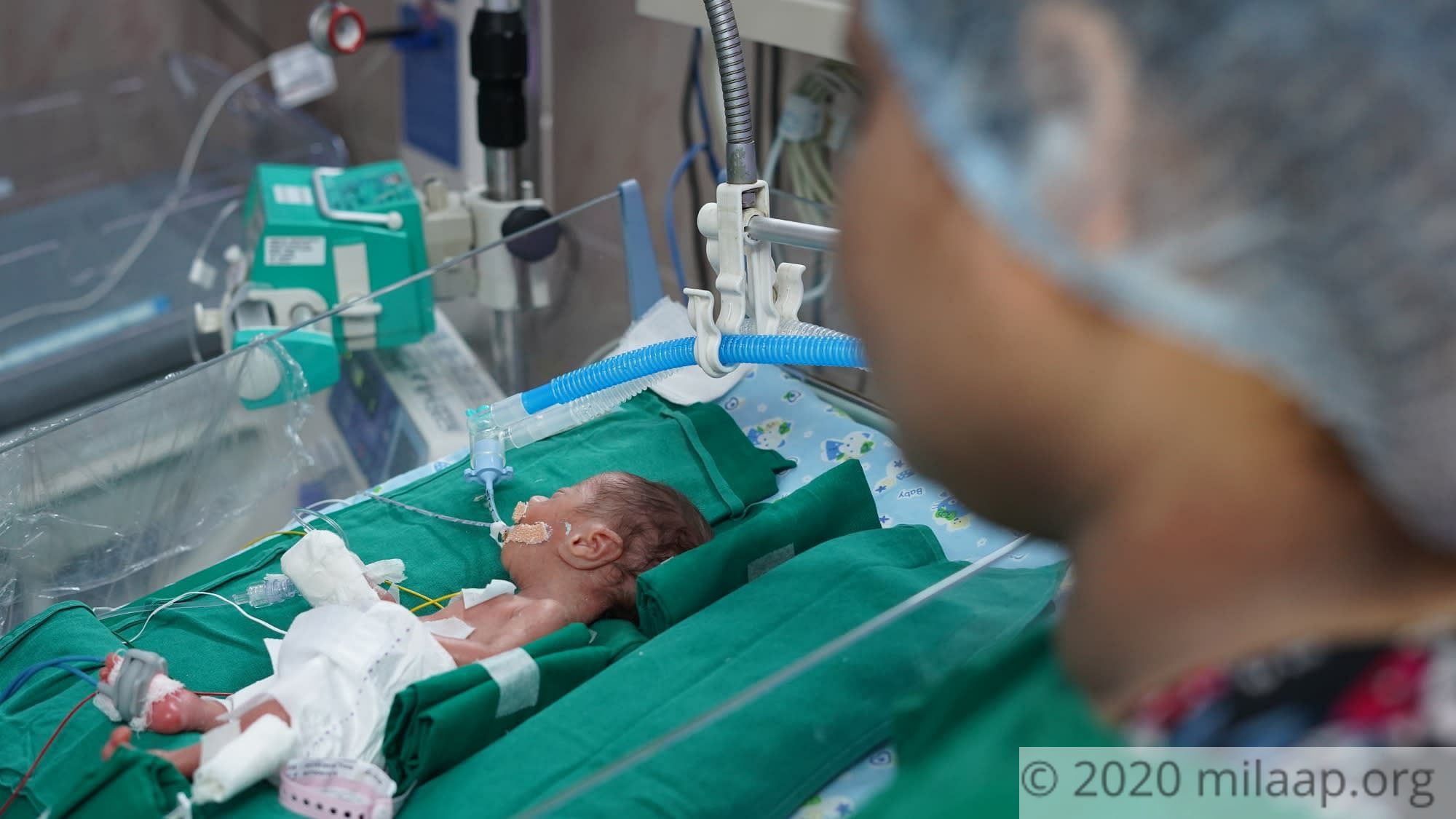 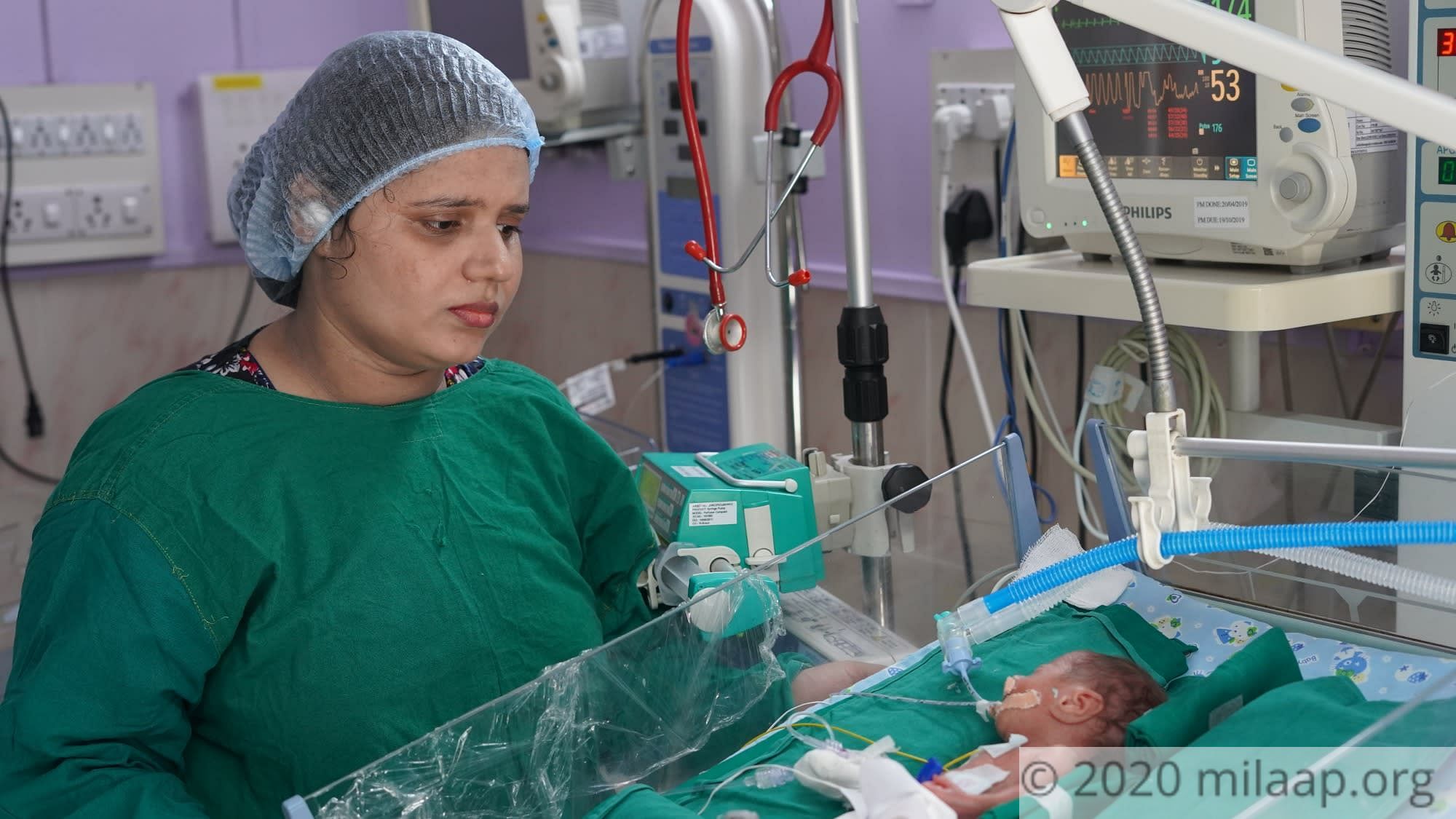 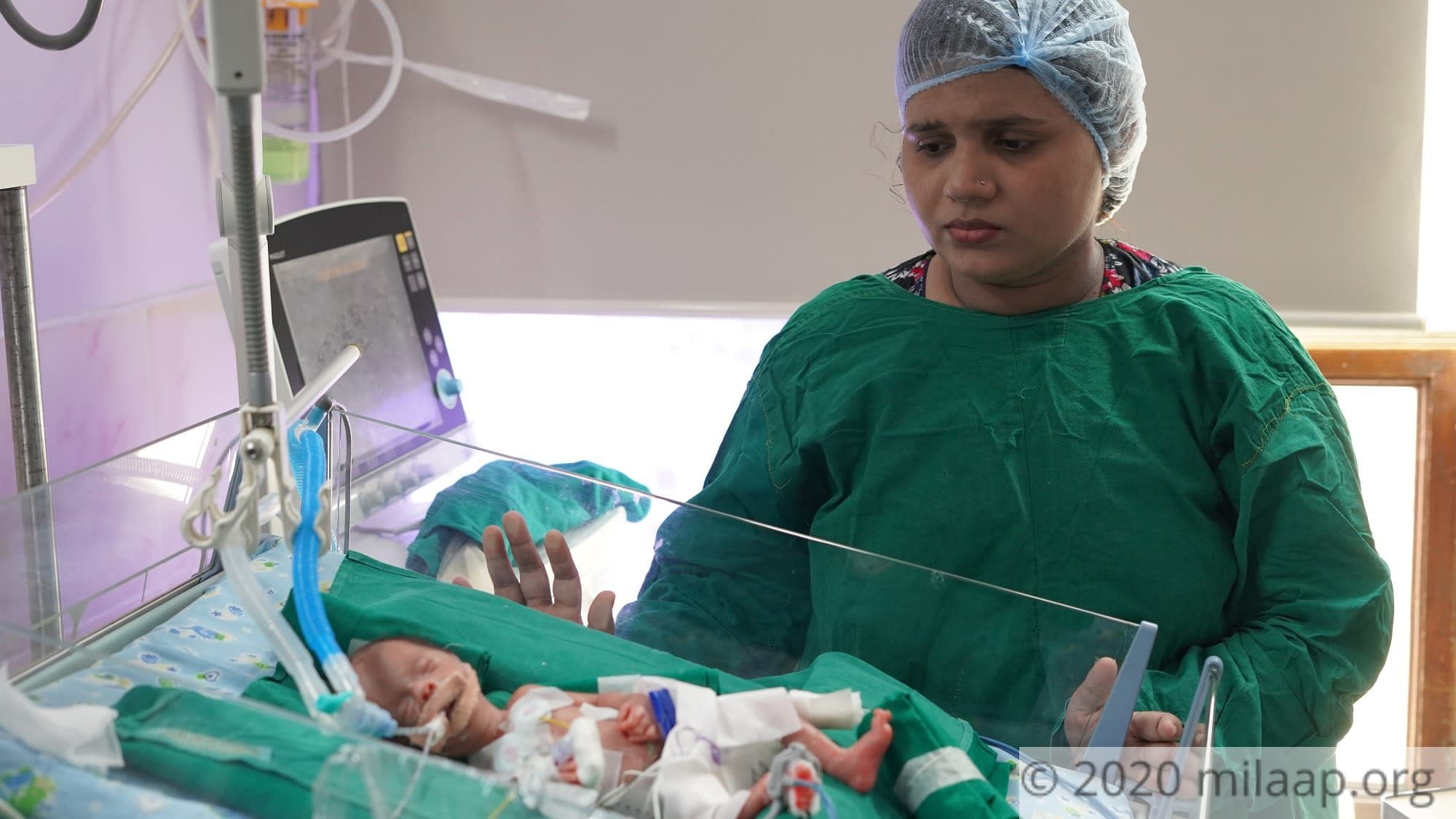 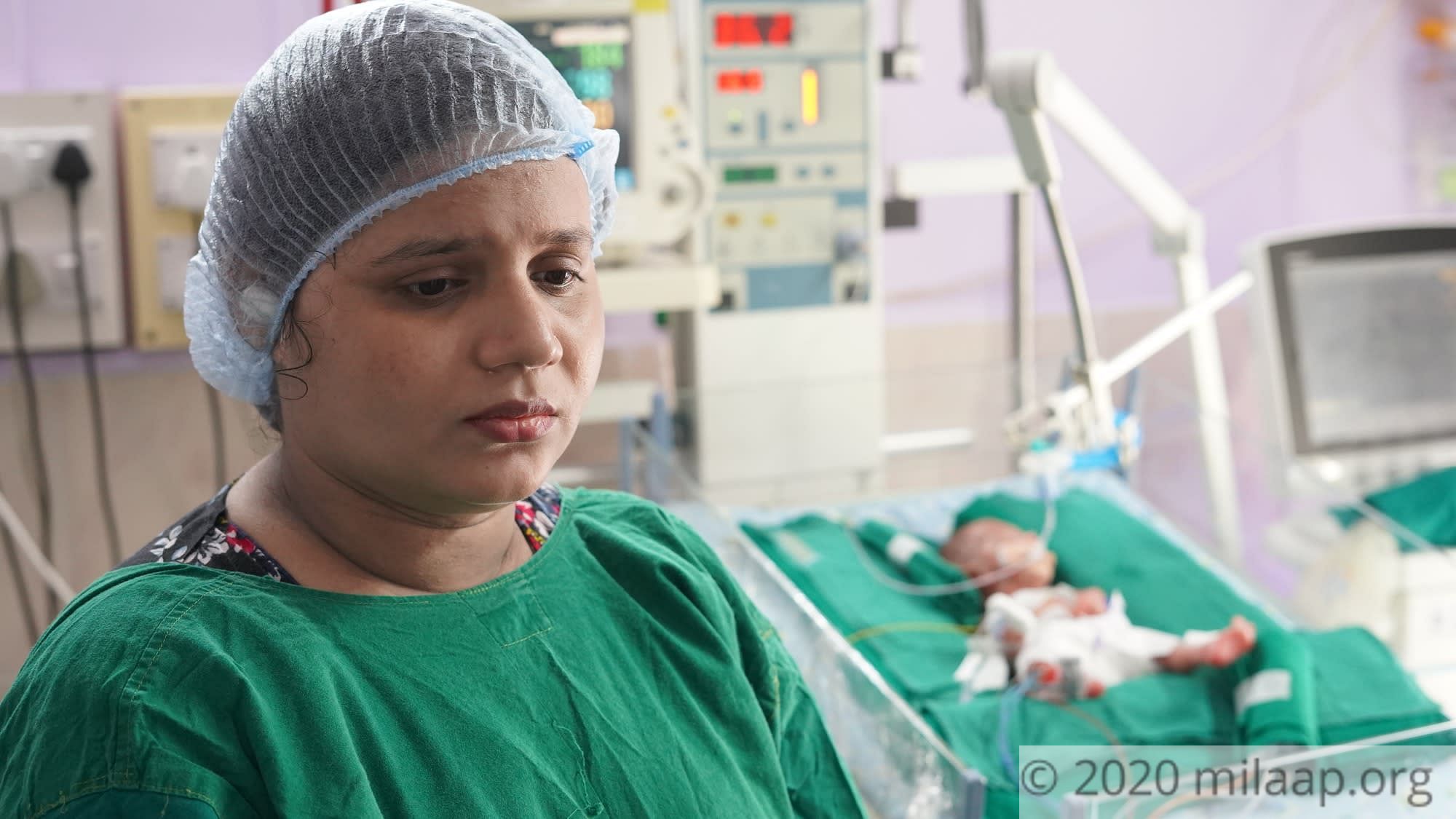 Share on facebook
Nazneen and Irfan wanted nothing more from life than to hold a baby in their arms. In 2004, Nazneen got pregnant for the first time. She couldn’t wait to see her first-born and dreamt of how she’d shower her child with love. But during the 5th week of her pregnancy, she was told that her baby had died inside her. Devastated, and traumatised, Nazneen’s health deteriorated soon after, giving rise to many complications.

“I was very afraid I would never have a child. I took all the medicines, followed everything the doctor asked me to do. I took good care of myself, and 2 years later, we finally had a child. We were grateful! But, when we saw her grow all alone, we ached for her to have a companion, a sibling she could play with, and confide in. But fate tested us, repeatedly, making us think we were asking for too much! Were we?” – Nazneen.

“I tried my best to be positive. I would have a child, and our family would be complete one day, I kept telling myself. But I had 12 years of agony. My babies left me, even before they saw me; even before I held them in my arms or even touched them! Just when I was going to give up, God showed mercy on us. I was pregnant, and my child within, healthy!”  – Nazneen

He weighs just 680 g and is struggling for every breath

Although weak, Nazneen took extreme care and never skipped her medication. Her child was doing well. However, during one of her consultations, she was given the news she most dreaded! She was told she had only half an hour to get the baby out. If they didn’t, it was a threat to both their lives.

“Before I even realized, I was having a caesarean. He was born on the 1st of October, in just 28 weeks of pregnancy. He weighed only 680g at the time of birth. His organs weren't developed. He's so small, so fragile. He can’t breathe, can’t feed. He’s just there, fighting death. Without the ventilator, he won’t last a second! Worse than that, I've been told I can never conceive again....” – Nazneen broke down.

Nazneen’s baby has been on the ventilator for a month now, and his health is slowly stabilizing. But he can’t breathe without the support of the ventilator. With his lungs being far from developed, and the blood flow from the heart to the lungs to being interrupted, the baby is still weak. With 3 more months in the NICU, with ventilator support, he can be saved.

I have only 5 students now, where will I get the money from?

Irfan teaches the Quran, for a living. He travels far and wide, to get to the homes of his students, before dawn, to teach them. He works for daily-wages and gets an income of Rs.10,000 a month, at most. There are times when they have no money to even afford food for the following day. He finds himself shuttling between the classes, his home, and sometimes, to the burial grounds, to perform rituals.

“Our prayers of having a child have been answered, but for how long can we keep him? With no more than 3 hours of sleep, I rush to the classes. I can't think. I am exhausted. I am neck-deep in debts. Nowadays, everything’s available on the phone, and because of this, I’ve been replaced. I have only 5 students now. Where will I get the money from? And how will I ever repay?!” – Irfan, father.

After the many traumatic miscarriages, Nazneen has no strength left to fight her sorrows. Your contribution can help her save her newborn. 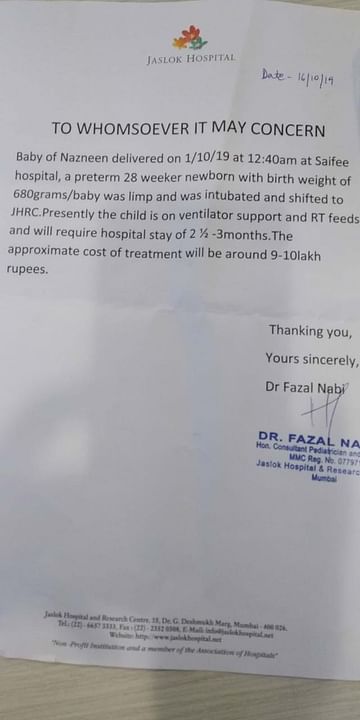 Click here to know more about Baby of Nazneen
Donate now
OR
Click here to read the instructions before you make a bank transfer.

Supporters
A
Anonymous $100
YS
Yashkirat Rs.3,000
31 others have contributed
Click here to know more about Baby of Nazneen

Donated to this campaign via Bank transfer/QR Code? Click here if you can’t find your donation listed below.
A
Anonymous donated $100
YS
Yashkirat donated Rs.3,000

Insha Allah everything will be fine just keep faith in Allah subhan tala and Allah will make path for the money. Ameen

May Allah SWT grant your children Shifaa and Aafiyah

God will make everything right