Just Days After Losing Her Father, Her Baby Started Dying Too | Milaap

Just Days After Losing Her Father, Her Baby Started Dying Too 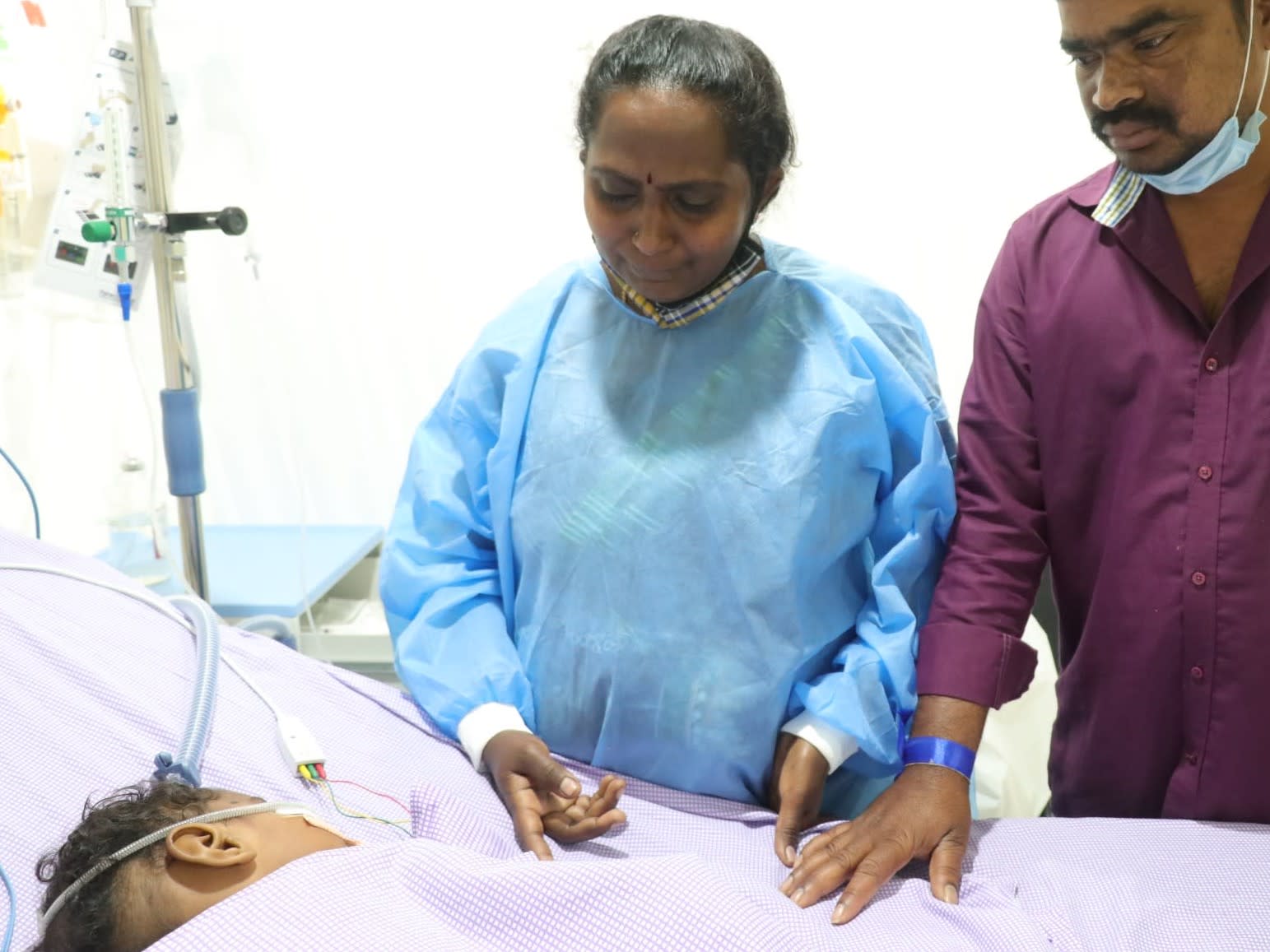 "I was at my father’s funeral when my relatives called and told me to rush back home, that something was wrong with my baby. I got back home within the next 20 minutes, in a daze, and when I saw my boy... I nearly fainted!
His face was contorted, and he had his arms locked behind his back as if something was pulling on them from behind! He was clearly in terrible pain, and he wasn’t responding to anything I said. I hadn’t known at the time that a 6-month-old baby could get seizures!"
— Manjula

Losing a parent is already an extremely emotional and turbulent experience to go through, but poor Manjula barely had any time to grieve her father’s death before her son fell deathly ill as well. Manjula had been terrified that day when she came home and saw what was happening to her son, and had taken him to a local clinic immediately.

“I still hadn’t known at first what exactly was happening, I just thought there was something wrong with his arms. At the clinic they gave him medicines for 2 days, saying they would improve his condition. But his arms started locking behind his body more and more often, and on the 2nd night, he simply couldn’t go to sleep because he was in so much pain!” — Manjula

An MRI revealed a horrible truth

“The next day, we gathered some money and rushed him to a bigger hospital in an ambulance. It was there that we came to know that he was suffering from seizures, when an MRI revealed something wrong with his brain! We were told he’d need an even bigger hospital, and that’s how we ended up here, in Hyderabad. He was immediately put on life-support, and his condition has started improving. We still don’t know what exactly caused this problem, but we know what will treat it: he needs to be on life-support for at least a few more weeks. But where will we get the money from?!” — Manjula

He can recover, but only if he stays on expensive life-support

Manjula’s little one is showing a positive response to being put on life-support; his seizures are under control now. But this positive change will only last as long as he remains on life-support. Taking him off of it, even for a moment, can have dire consequences. But his father has run out of money, and sees no other choice.

“I want to save my son, my baby, but I’m just a farmer. I’ve already sold the little plot of land that we had, but it still wasn’t enough, so I even borrowed money from friends and relatives. All in all, I’ve spent around 2 lakhs already over the past few weeks, which is more money than I’ve ever seen at once in one place in my life! Please, you’re our only hope now...” — Ashok, father

Click here to donate, before it's too late.
BO
Patient Baby of Manjula is 6 months old, living in Bellampalle, Telangana
KH
Being treated in KIMS Hospitals, Hyderabad, Telangana