His Family Wants Him To Give Up, But This Priest Is Determined To Save His Adopted Son's Life | Milaap

His Family Wants Him To Give Up, But This Priest Is Determined To Save His Adopted Son's Life 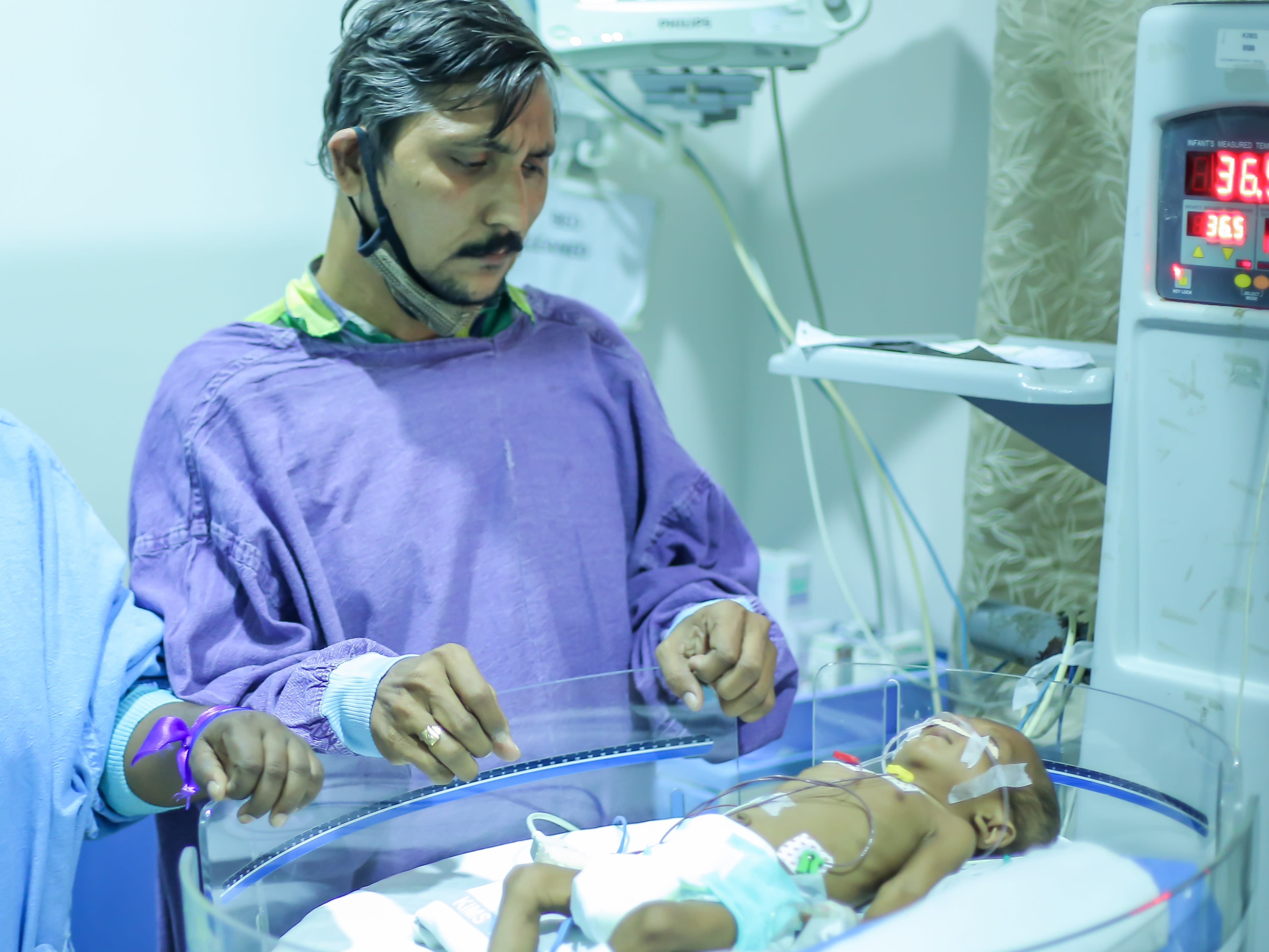 "My family keeps telling me to stop putting myself through all this. They ask me why I'm struggling so much when he's not 'actually' my son, saying it's okay to give up and move on.
They just don't understand that... that to me and my wife, this baby is the most precious thing in the world! His heart is failing and he's dying in front our eyes; I will fight until my own dying breath trying to save him!"
— Niranjan, father 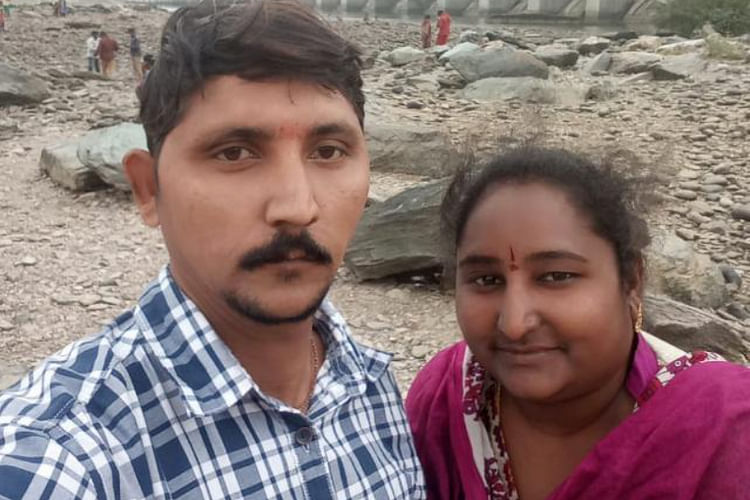 Niranjan and Malathi have been married for 12 years now. As a priest at the local temple, Niranjan never made much money, but Malathi never wanted much from him either. The only source of grief for them, and a painful bruise on an otherwise idyllic life, was the fact that they couldn't have children of their own.

"Neither of us ever had dreams of being rich, or powerful, or anything like that. In the 12 years of our marriage, the one and only thing either of us wanted more than anything else was simply to have a child, but god decided that that wasn’t the path for us. Now we know why: it was so we could take care of him!” — Niranjan, pointing at his son lying on the ICU bed 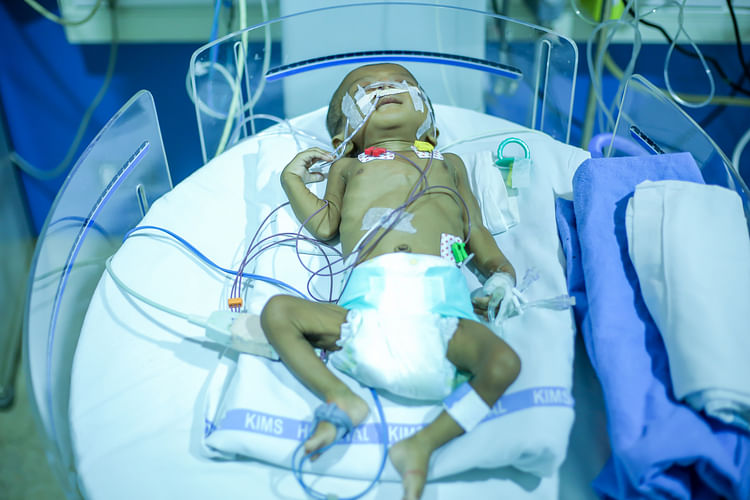 He was diagnosed with a life-threatening heart disease

"My son was actually born to a relative of ours on Malathi’s side, who is poorer than we are. The pandemic and lockdown nearly brought them to the streets, and they were terrified wondering how they would take care of a newborn when they were struggling to feed even themselves. Our own position was not much better than theirs, financially speaking, but Malathi and I knew we would be able to give this baby a home, so we decided to adopt him. Just three weeks later, though, he started getting sick. Before we knew it, he was diagnosed with a life-threatening heart disease!” 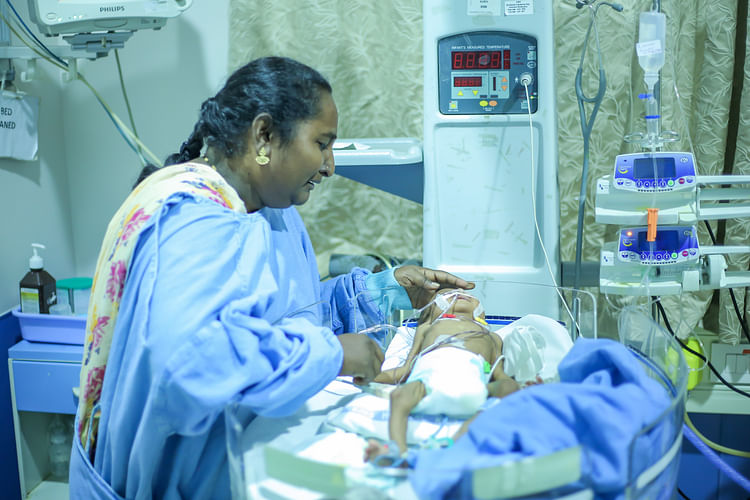 Only a surgery can save this angel now

This poor baby was born with a dangerous heart defect. Unable to pump blood properly, his tiny and frail body is slowly getting more and more deprived of oxygen, and facing all kinds of other complications as well. He may look peaceful while he's sedated, but in truth this baby is suffering greatly.

“At first we took him to a local doctor, who immediately said he needed a bigger hospital. When we went there next, they asked us to go to Khammam. In Khammam they said go to Vijayawada. There, they said take him to Hyderabad! It was here that he finally got his diagnosis. They also told us that the only way he can survive now is if he gets urgent surgery. But there’s no way I can afford the cost...” 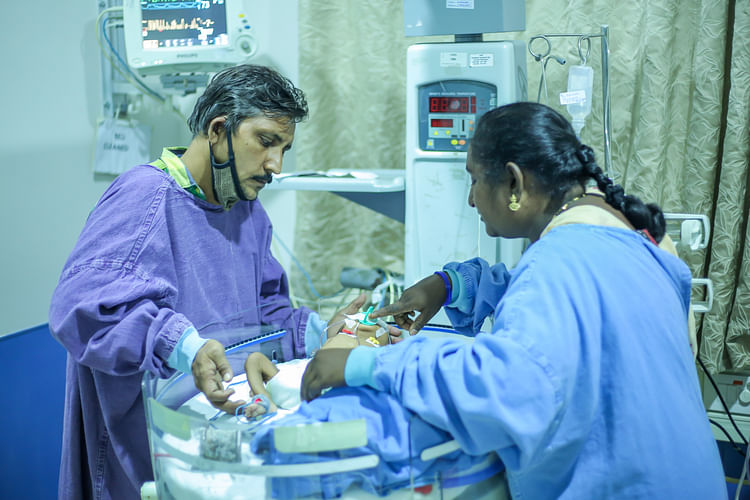 ‘I want to keep fighting for him, but I need your help’

“The pandemic hurt me and Malathi pretty severely. Our temple, and thus my livelihood, is greatly dependent on kind donations from the visitors. With the lockdown coming into effect, we immediately started suffering financially. To take our son to all those various hospitals, to get all his scans and tests done, I’ve spent all the money I'd been saving up for years, and even borrowed money on top of that! Please, I want to keep fighting, but I need help. You’re our only hope now, please donate however much you can!”